Liverpool Football Club finally secured that elusive Premier League after 30 years without a league title – but after achieving back to back seasons of greatness under Jurgen Klopp, the attention is now all on how he plans to continue this resurgence of greatness for the club.

One thing that is out of the question is a wholesale restructuring in terms of big, incoming transfers. With Klopp openly (and regularly) admitting the impact of coronavirus on club finances, a lot of the impetus will be put on the current squad to keep the ridiculous levels they’ve set going – which, when other clubs will no doubt be strengthening around them, seems like it could be difficult.

The majority of Liverpool’s key players will be 29 or above next season. Complete upheaval and a swathe of new incomings is out of the question for Liverpool, with the Timo Werner deal being a prominent example of this. Given the fact Liverpool aren't ran via petrodollars and have an infinite amount of money lying around, the initiative now firmly lies on the shoulders of the next generation stepping up at the club.

Liverpool will be look inwards rather than outwards this summer, with a talented crop of young ballers raring to go and ready to emulate Trent Alexander-Arnold's Anfield ascension in the 20-21 season. With the culture of competitiveness that now exists at the club undoubtedly elite – and arguably world-leading – the mentality of several talented young players is set to be put to the test over the next 12 months.

Once Liverpool's Kirkby new training ground is built, the club's youth sides will not only be playing the exact same brand of football as the senior side, but they will be brushing shoulders with world class "mentality monsters" and given an elite performance centre where a clear pathway to the first team is within sight. Crops of hungry local talent will be able to see the standard required to step up first hand.

With Klopp believing that he already has the next generation of talent lined up, "... the future is already prepared with a few really, really good footballers", we've spotlighted Liverpool's class of 2020, the ballers that are ready to step up for the Champions and become Anfield's new Golden Generation next season and beyond. 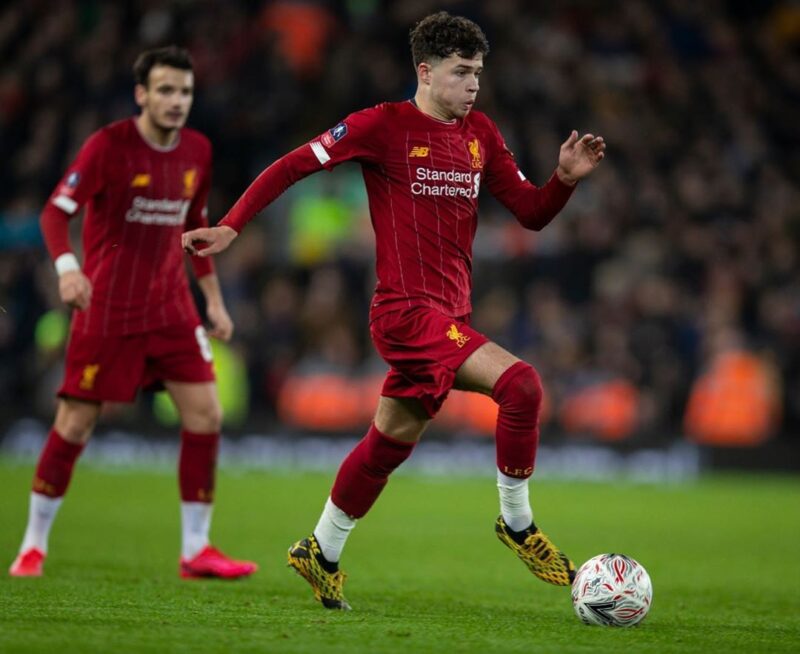 Neco Williams is arguably the most all-action youth player Liverpool have on their books. In his handful of appearances for the senior side, the young Welshman has impressed with his energy and dynamism every time he bursts up the field from full back. Even against Brighton, playing out of position at left back on his debut Premier League start for the club, he offered last-ditch defending as much as concise build up play in the opposition third. Williams models his game on Trent’s of course – as per club instructions – which means he’s just as comfy balling out further up the pitch.  The pair are pushing each other to get better day-in, day-out, with Williams equipped with the same hunger as Trent to go straight to the top. 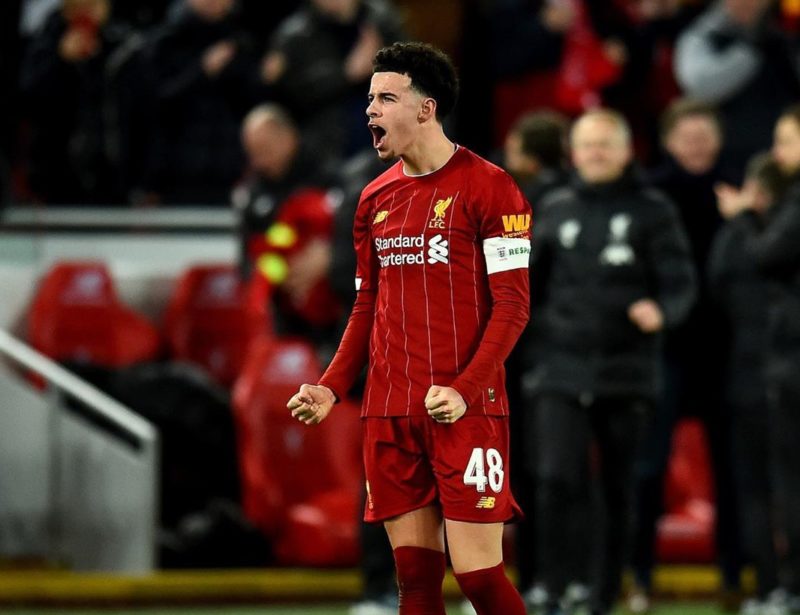 Jones has already made them glocks disperse when he zinged in his legendary FA Cup goal for the club against Everton at Anfield, and has been closer and closer to stepping up for the senior side ever since. Never lacking in self-confidence on the ball, Jones looks like making things happen every time he gets on the ball from attacking midfield. The Toxteth Totti recently signed a new long-term contract and bagged his first Premier League goal in the space of a week to prove that he ain’t playing around any more and is due to heat up StarBoy debates imminently. 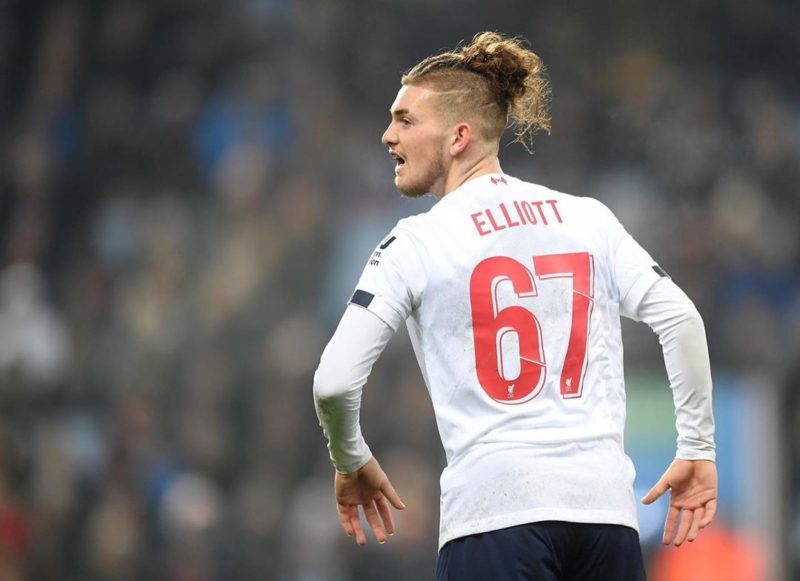 Harvey Elliott is another Liverpool youngster who secured the bag recently by signing his first pro contract with his boyhood club, and is firmly in Jurgen Klopp’s plans for next season. Turning down PSG and Real Madrid when Liverpool cam knocking, Elliott is living his dream playing for the club he loves – and it’s clear he’s not lacking in the mentality and drive required to go straight to the top. His tek ain’t half bad either. A creative wizard despite his age, Elliott is blessed with magic in his boots, allowing him dribble and deliver dangerous through balls and whipped, left-footed crosses on the regs. Fresh from winning his first Premier League title, the tekky winger – who wears 67 as he’s a certified driller – is set to be the youngest-ever Premier League winner, should he, as expected, make a few more appearances this season. Expect to see Elliott make 20-21 his own. 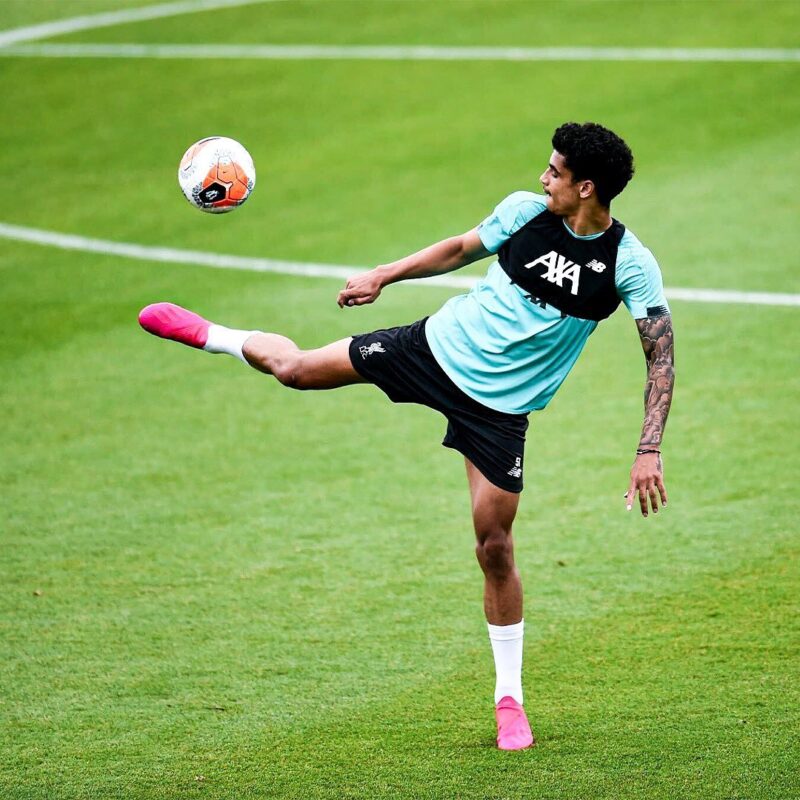 Postion: Centre Back / Right Back
Age: 17

Many pundits and journalists who have watched Young Hoever kick ball believe he has as much potential as Harvey Elliott to go straight to the top. Klopp has called him “incredible, a joy to watch”, and the 17-year-old Dutchman has impressed every time he’s taken to the pitch from RB and CB for Liverpool this season. In truth, he’s looked silkier the further he’s headed up the pitch – but Hoever is also blessed with a “deep understanding” of his defensive positioning that far surpasses his age. While LFC don’t exactly lack numbers at CB or RB, Hoever’s versatility and assured ability on and off the ball means that he will step up sooner rather than later if he stays fit – he’s simply too good not to. 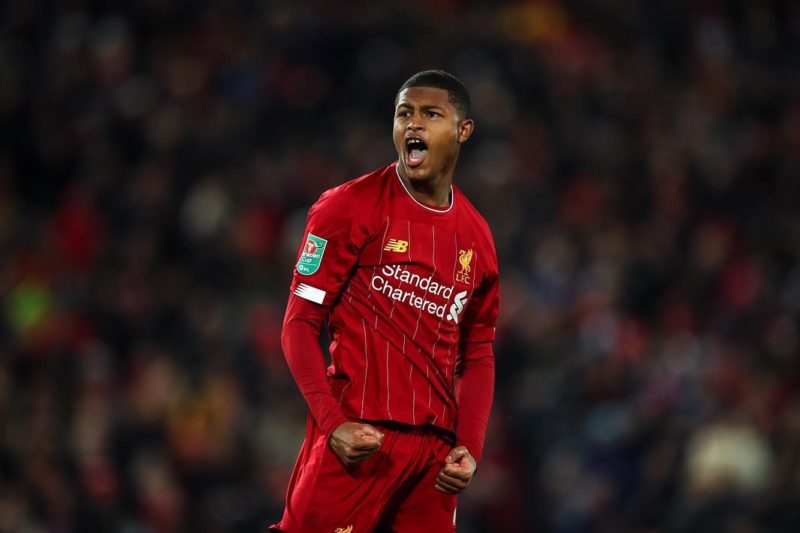 Rhian Brewster’s development was temporarily halted by injury, but since moving to Swansea City, the 20-year-old has reminded everyone that he is an ice-cold bagsman. One of the game’s most important voices off the pitch, Brewster has got the ability, personality and mentality to go straight to the top – that’s without doubt. The Dagenham D Studge looks ready to play a part in 2020-21 at Liverpool after cooly bagging 8 goals in just 16 appearances the second half of Swansea’s season, but Jurgen Klopp will have a decision to make on whether he would benefit more from another spell away, with Liverpool’s forward line still arguably the best in world football. 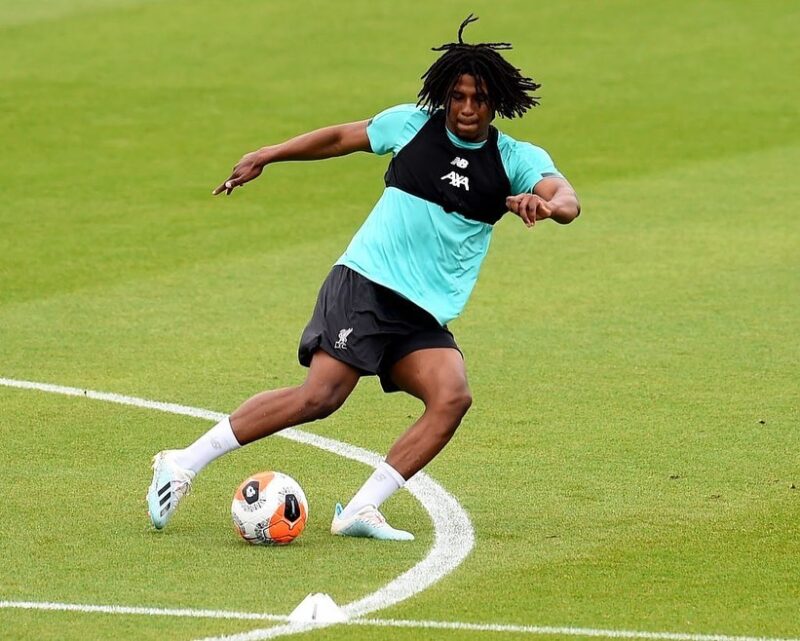 Liverpool have a bit of a left back problem when Andy Robertson isn’t in the team. James Milner has been a more-than-competent understudy for many years, but with age not being on his side and coaching seemingly round the corner, Liverpool need a player to step up into the position should Robbo get injured. Yasser Larouci could be that man. The flying Algerian is still raw, converted to full back after being brought in from Le Havre as winger, but is blessed with the attributes that make for a top attacking full back. 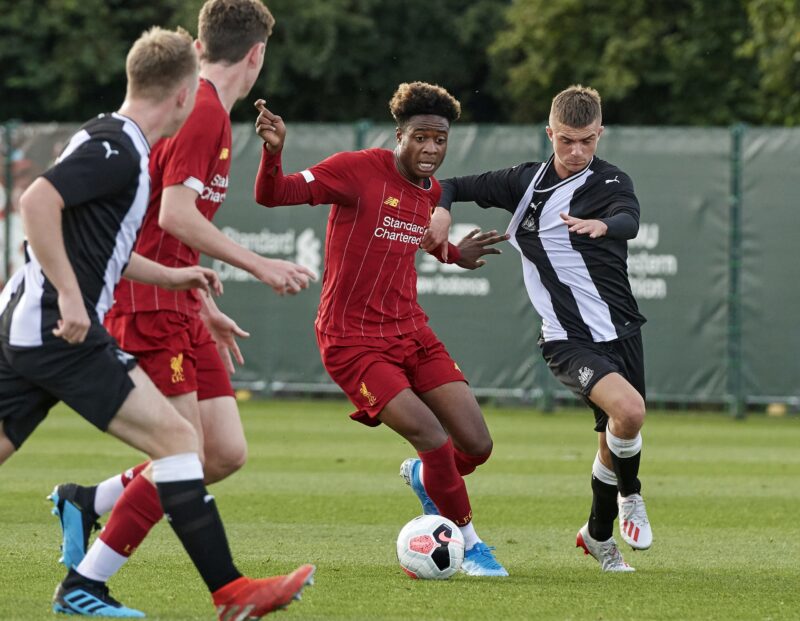 James Balagizi has been tearing it up at Melwood this season. Bagging 11 goals and 8 assists in 20 games means the 16-year-old is effectively contributing to a goal every single game for Liverpool’s U18 side this season. The Congo-born baller was plucked from Manchester City’s youth academy after his parents saw a more direct pathway up to becoming a top talent. With the numbers he’s currently putting on the board, he could be in line for senior minutes in the next few seasons. Baligizi is now the biggest baller in Liverpool’s youth set up at his level – so expect to get much more familiar with the name soon.