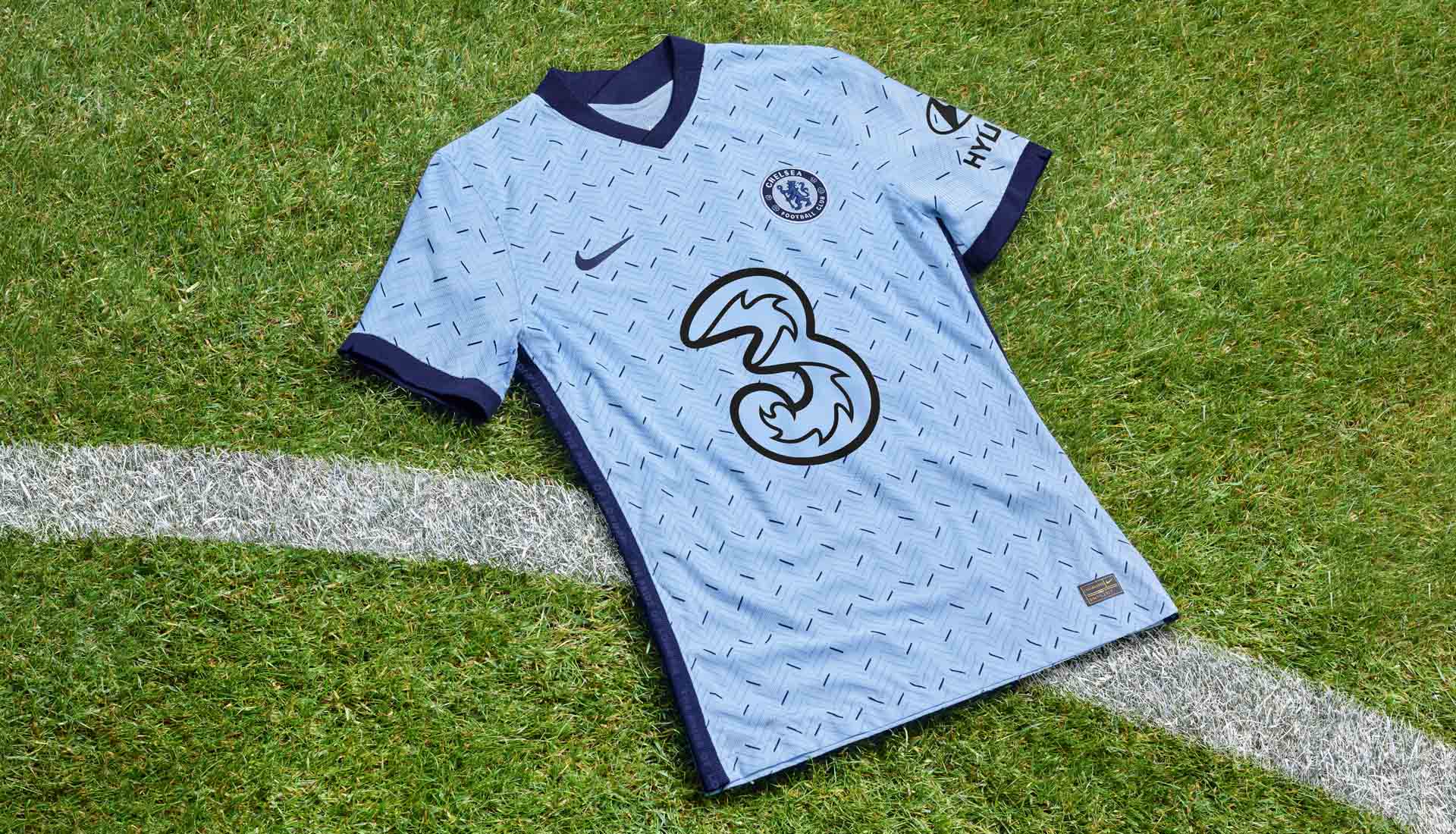 Following the release of their clean new home jersey, Nike have just dropped off Chelsea’s 2020 -21 Away Kit, which will be debuted in tonight’s game against Crystal Palace.

Continuing the theme of the club’s new home look, the Blues’ away colours continue to toast to West London’s love affair with the craftsmanship of master tailors in an icy Arctic Blue colourway complete with a disrupted herringbone knit that covers the front and back of the shirt.

A monochromatic club crest filled with a micro-herringbone pattern sits on the chest, alongside a dark blue Nike Swoosh. A dark blue V-neck collar and trim on the sleeves frame the design, while dark blue tape featuring the phrase “The Pride of London” runs down the sides of the torso. Arctic Blue shorts and dark blue socks, with a Swoosh and a Chelsea lion placed midway up the shin, complete the head-to-toe look.

The away kit adds an injection of millennial swagger for homegrown ballers like Mason Mount to flex in. Mount is a big fan of the new jersey, saying: “The colours and pattern of the away kit work really well. It looks great and it’s also a nice contrast to the home kit. Hopefully the fans will like it as well and we can push on and make them proud.”

“The new away kit is a great addition to the line-up,” says striker Sam Kerr. “It complements the home kit really well and I just can’t wait to get out on the pitch again wearing it.” 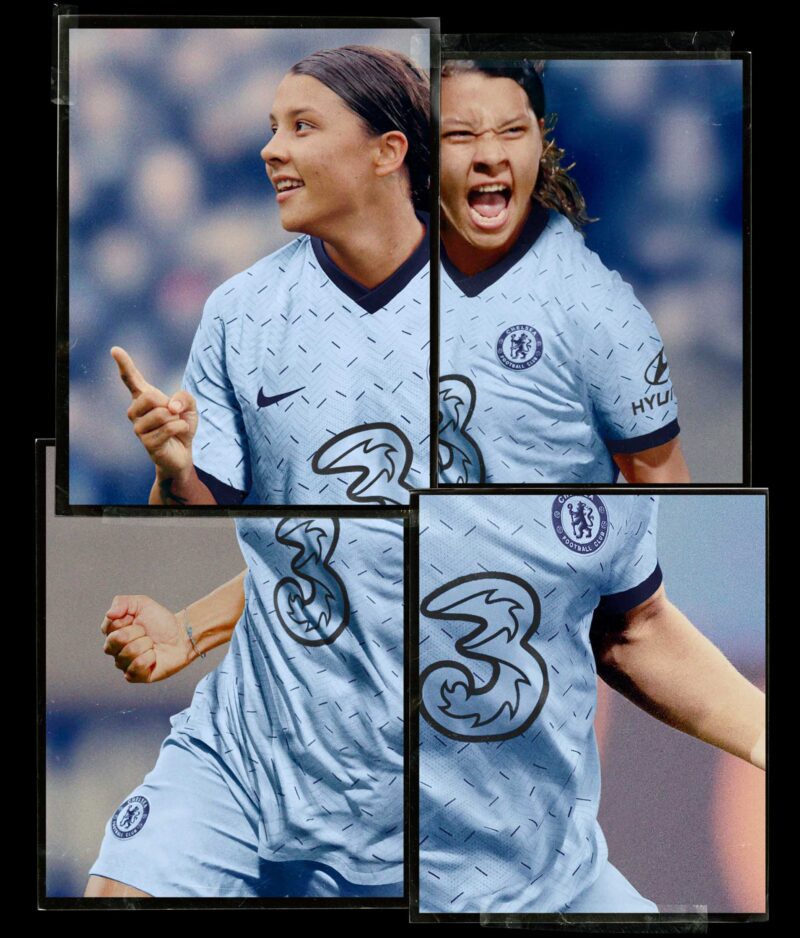 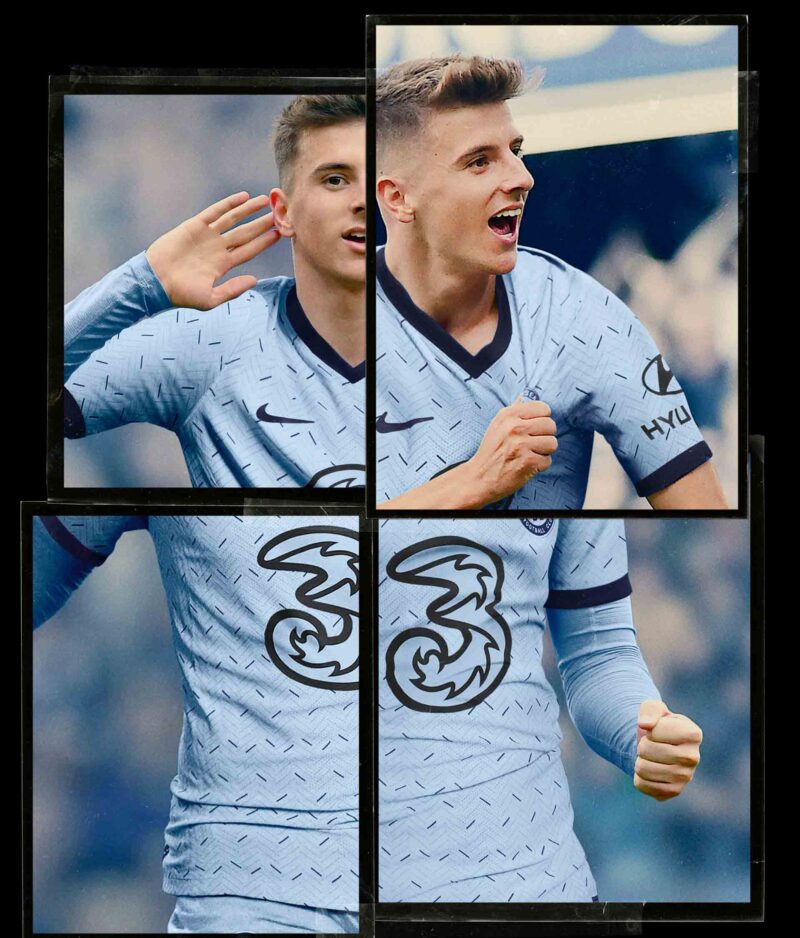 The 2020-21 Chelsea away kit will debut July 7 in the club’s Premier League game against Crystal Palace. The shirt is available July 30 from nike.com.