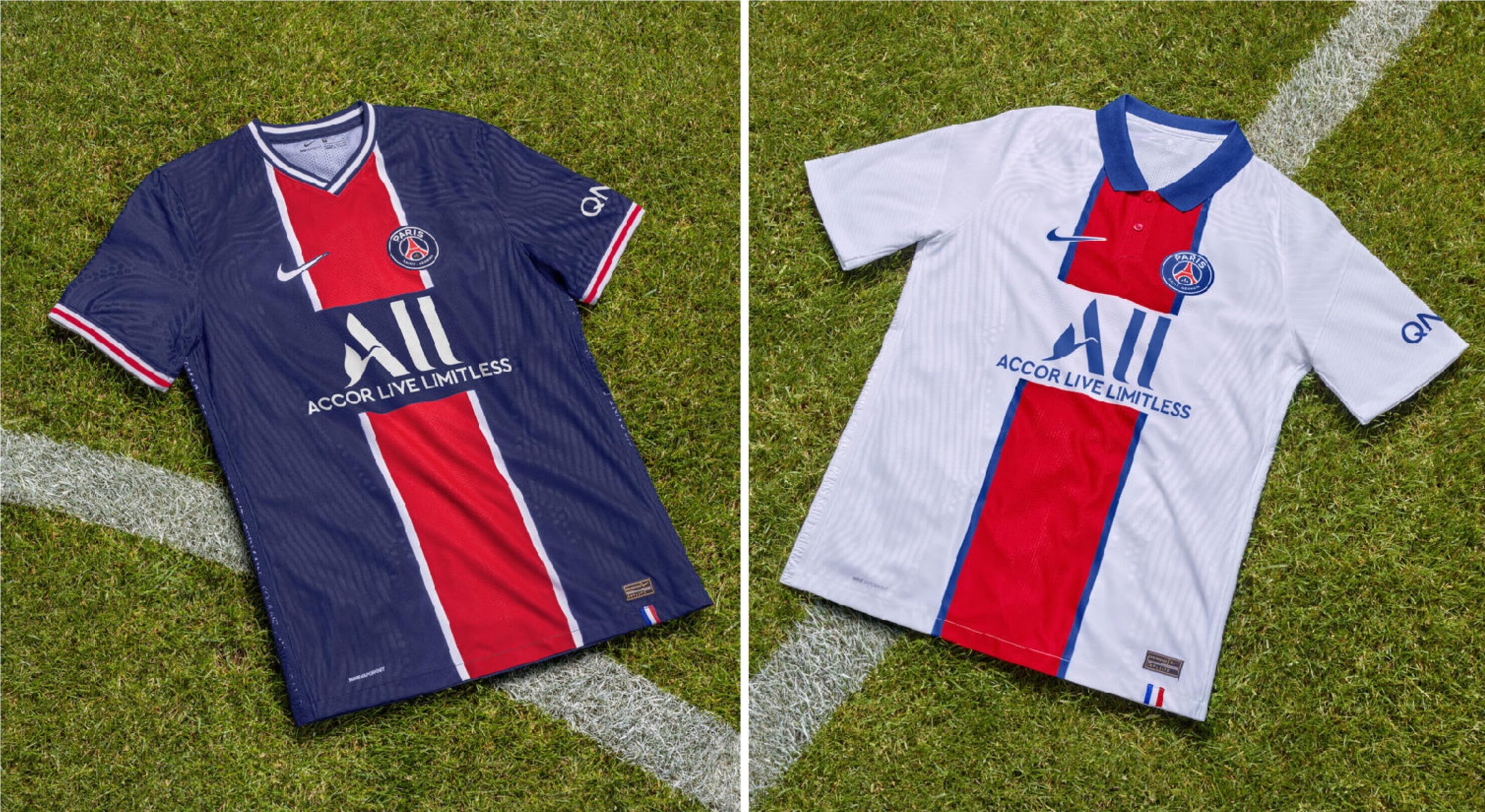 Nike and PSG drop off their home and away kits for 20/21, and they’re pure throwback heat.

Marking the club’s 50th anniversary, the iconic Hechter stripe, first used back in 1973, makes a comeback having featured on many of the Parisian’s iconic jerseys down the years.

The new season’s home jersey also sees another nod to the ’70s with a V-neck collar and ribbed trim on the sleeves (potentially one of the hardest collars we’ve seen on a jersey). Subtle detailing appears down the sides of the torso reading “Paris Saint-Germain 50 Ans” to again mark the significant milestone in the club’s history.

The away kit takes cues from the white kit worn in the 95/96 season when Les Parisiens captured a first major European title (the team that included Nicolas Anelka and Youri Djorkaeff among many others). A central red stripe is lined with royal blue, the colour of the city of Paris, and sits against white with another brazy collar.

Check out both PSG’s home and away shirts below, and cop both kits now from the PSG and Nike online stores. 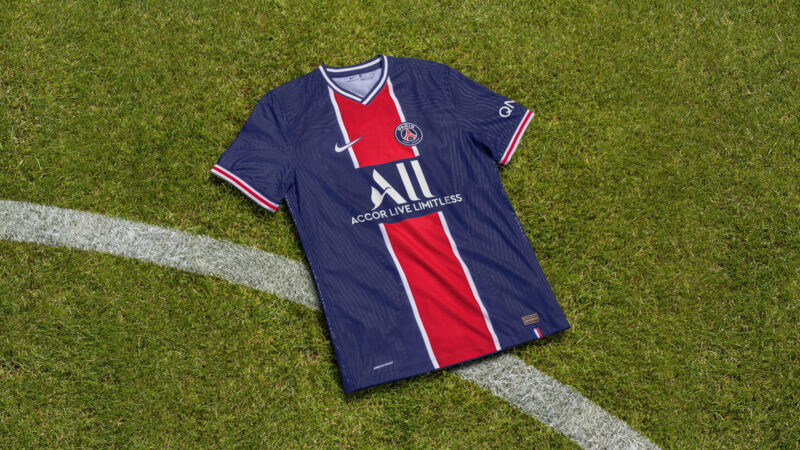 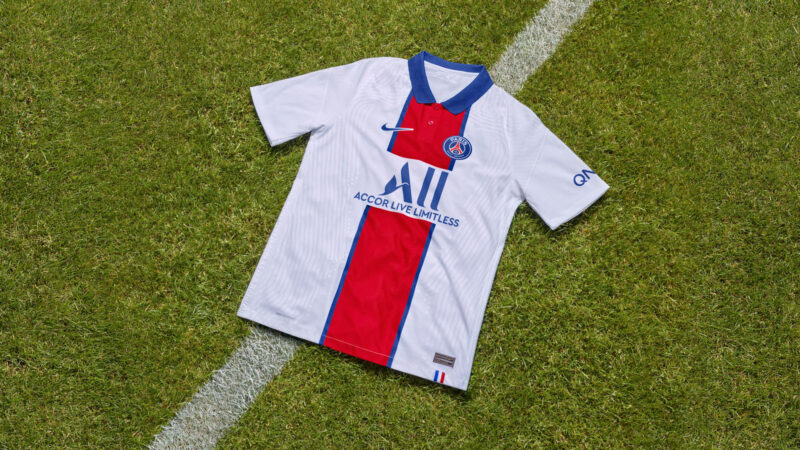