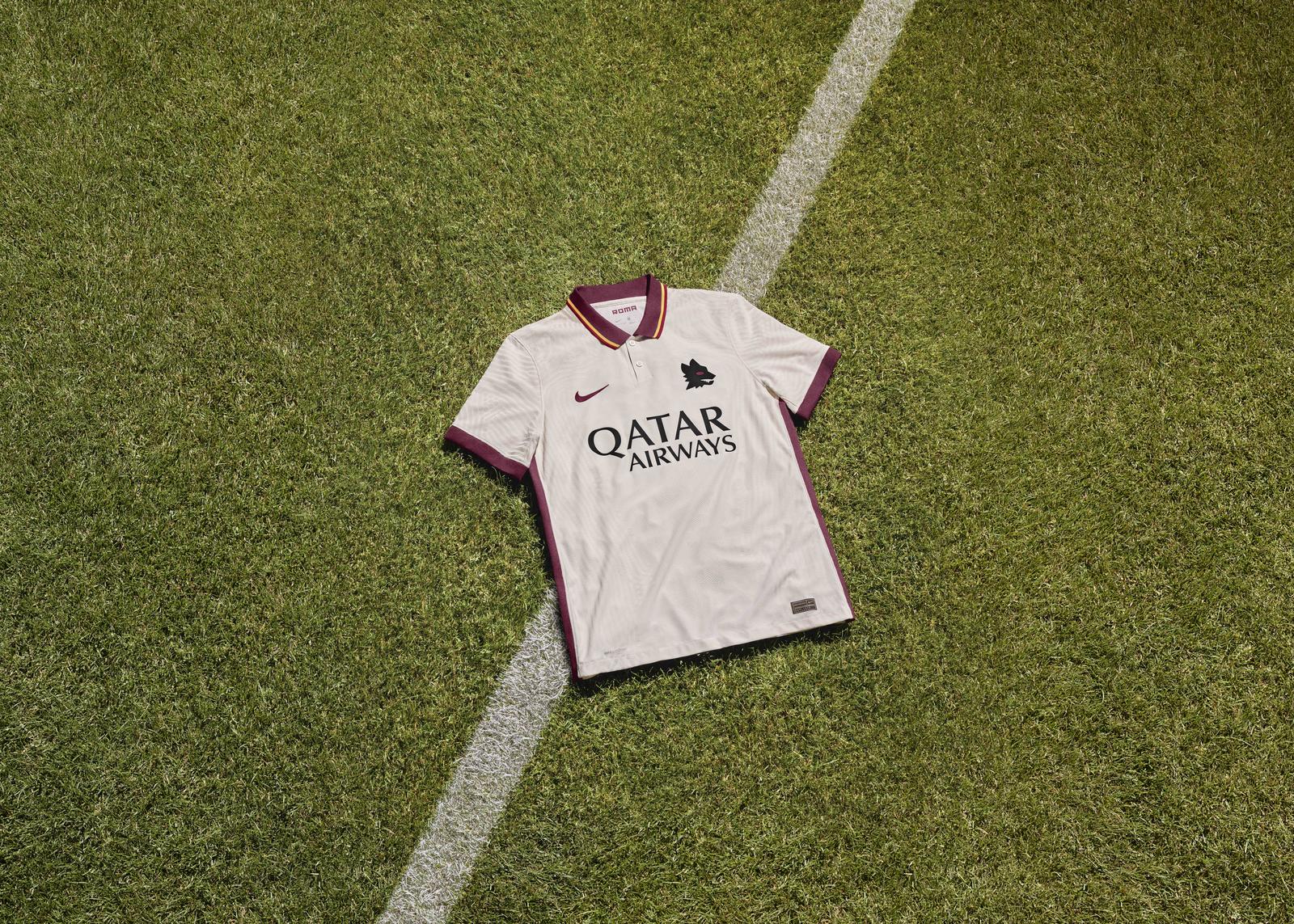 AS Roma and Nike have brought back a classic for the club’s fire new away shirt. Predominantly ivory in colour and featuring a sick throwback “Lupetto” wolf emblem, the shirt pays homage to the Italian capital’s countless iconic monuments that give the city it’s distinctive appearance and unmatched beauty.

“Everyone remembers those away kits, with the yellow and red collars,” says midfielder Lorenzo Pellegrini. “The influence of those designs is clear to see in this new kit, one I think will quickly find its way into the hearts of the fans.”

The iconic Lupetto badge, designed by the late Piero Gratton, is featured on the chest in black — a modern take on the club’s kits from the late 1970s, which displayed the badge in its usual yellow and red circular frame.

The shirt features a polo collar with two-button closure, with the dark red with yellow and red border detailing referencing the club’s away shirts from the early 1980s — a golden era for the club. The kit is completed with Nike’s wavey VaporKnit detailing, dark red shorts and ivory socks with yellow and red detailing completing the outfit.

The away shirt drop coincides with the release of an ultra-clean Track Jacket, which arrives in Roma’s classic maroon colourway. An ivory Lupetto crest and Swoosh accent the new tracksuit top which is set to look as hard on the sidelines as out on the streets next season.

The new 2020-21 AS Roma away kit and track jacket are available now on nike.com and asromastore.com. 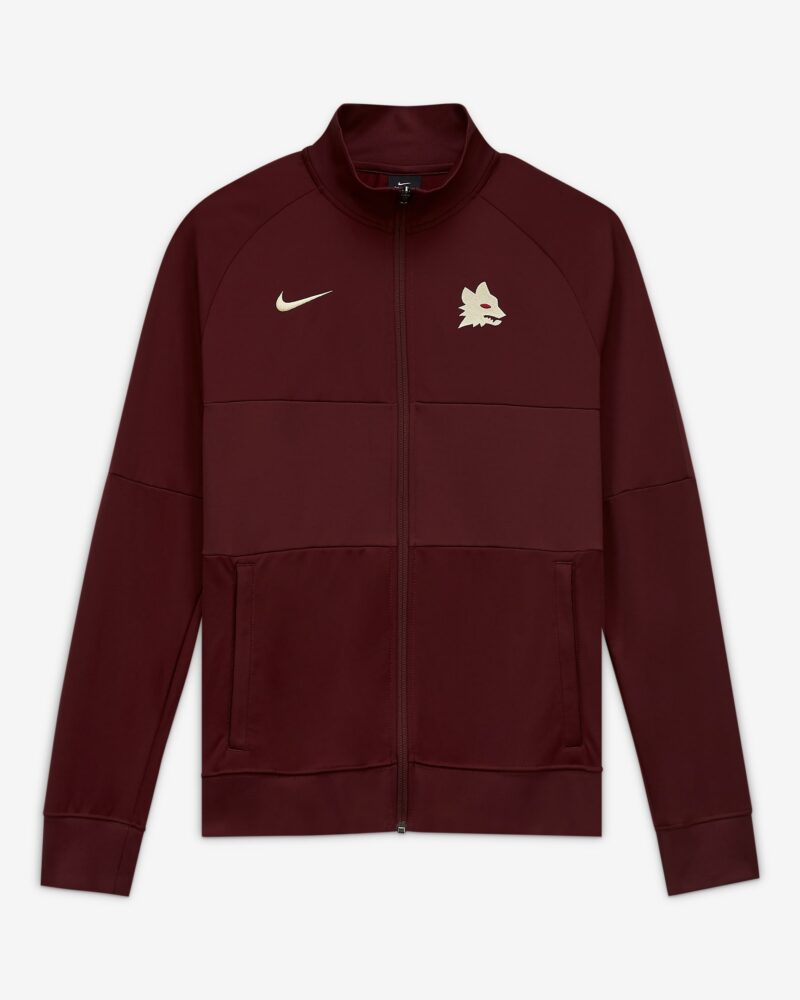 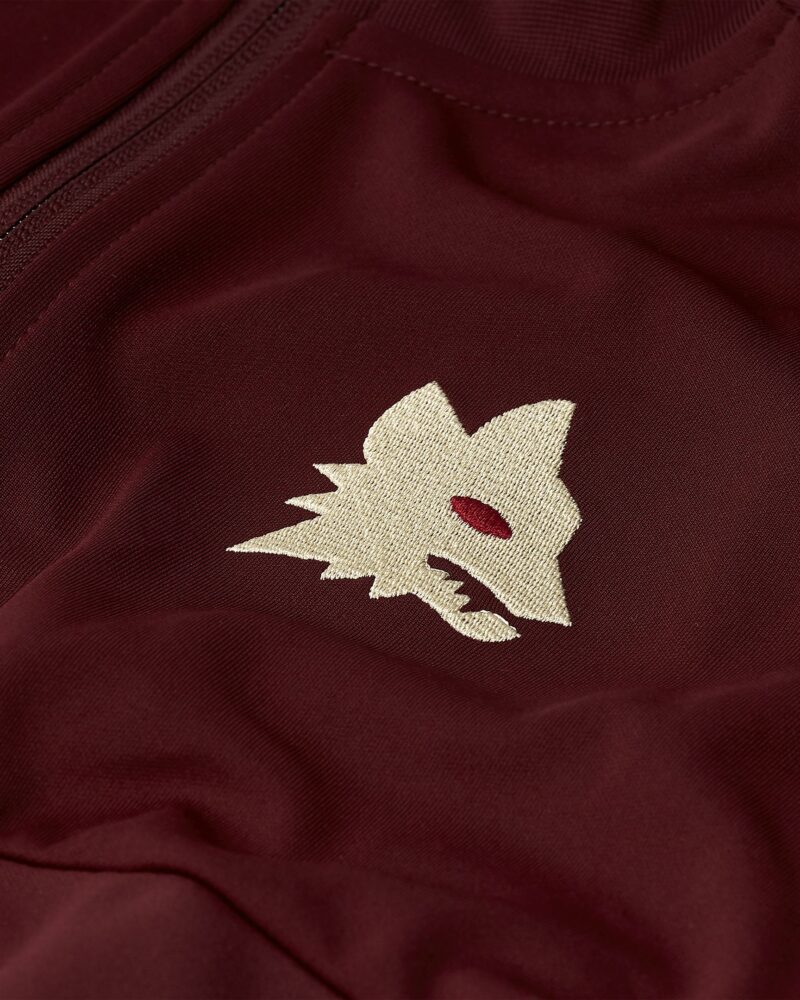 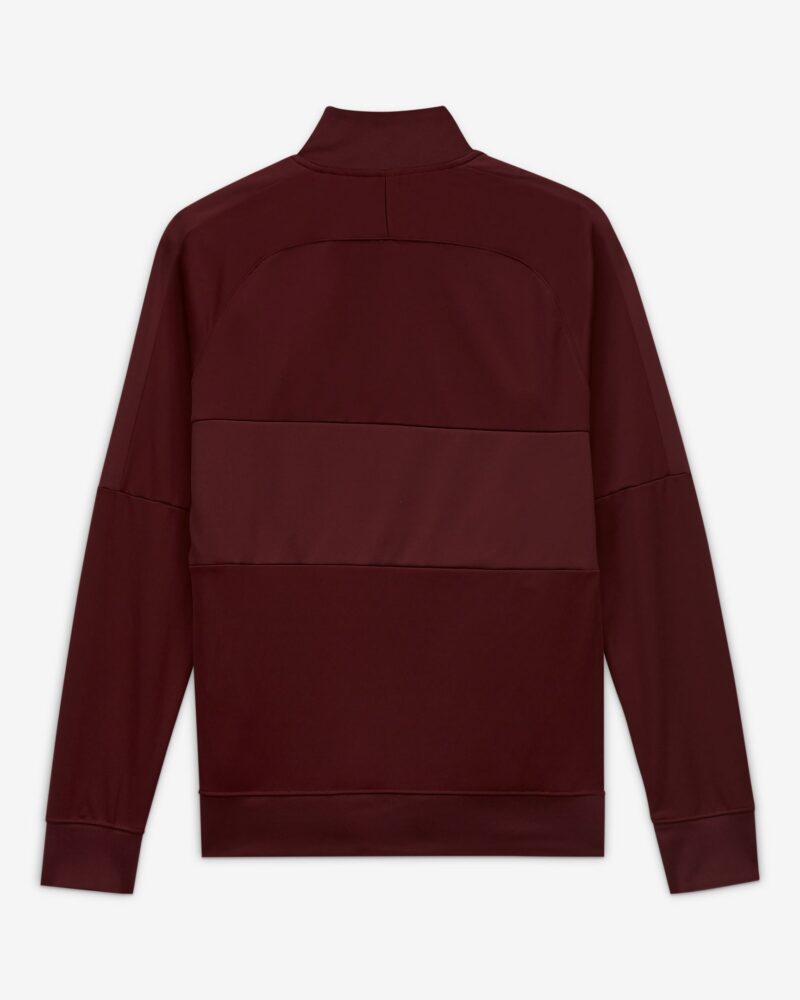