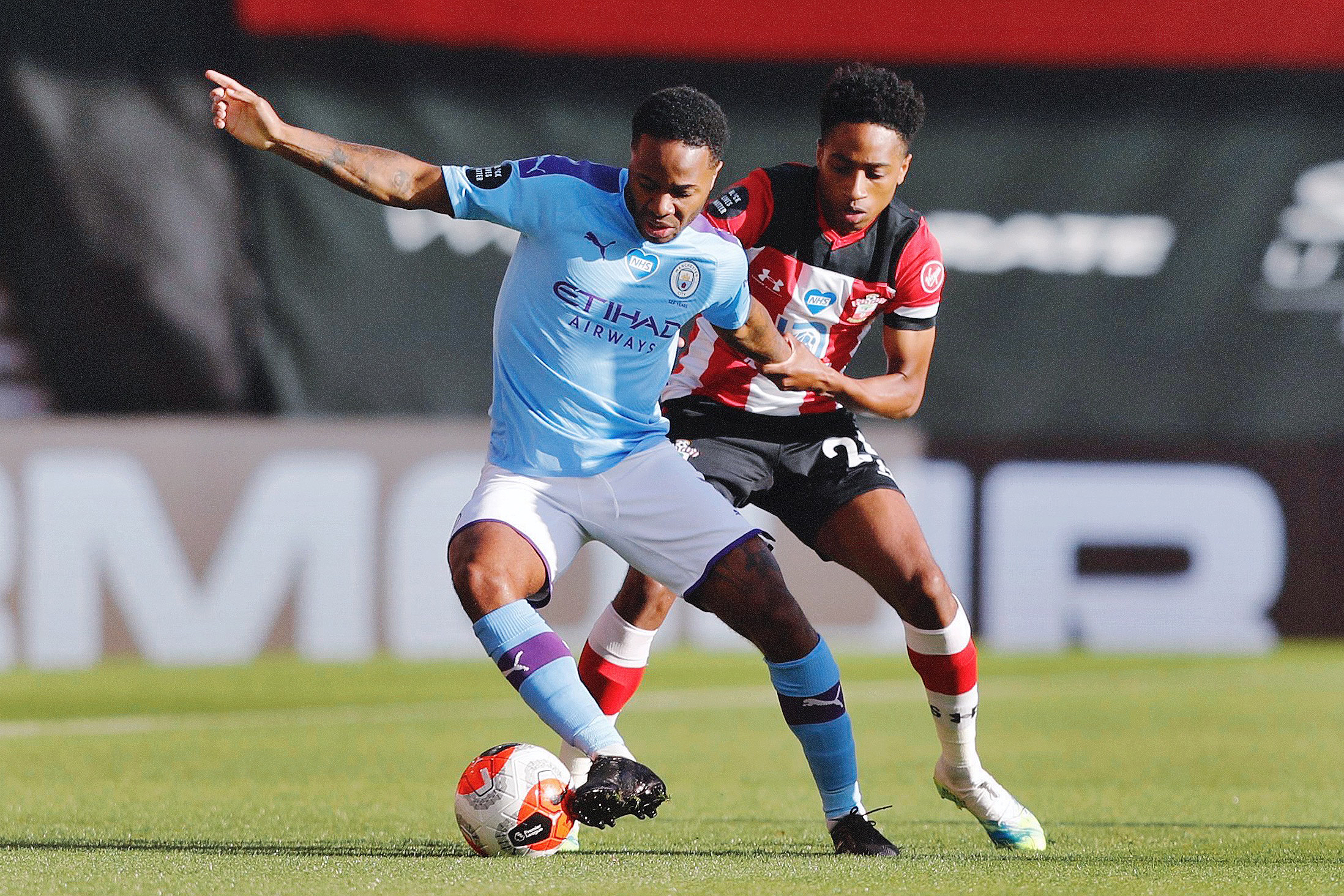 Manchester City baller Raheem Sterling debuted a brandless blackout version of the Nike Phantom Venom boots in City’s last league match, fuelling speculation that he could be switching up from team Swoosh to a different manufacturer.

Sterling donned blacked-out boots in City’s last league game against Southampton, making it very likely that the 25-year-old will leave Nike for a new manufacturer in the next few months after months of speculation that the England international is set to secure a big move away from the brand.

Sterling has strongly rumoured to sign a massive, £100 million deal with PUMA after his Nike deal expired on June 30th, with a renewal with Nike now reportedly appearing unlikely. Sterling would be a huge coup for PUMA, with Sterling now one of the most marketable players in the world game after establishing himself as a leader on and off the pitch.

The potential PUMA deal would follow Manchester City’s kit deal with the brand as part of a ten-year agreement worth £650 million. Sterling would join his gaffer Pep Guardiola and City teammates Sergio Aguero, David Silva and Oleksandr Zinchenko on the brand and become PUMA’s highest paid football player and the face of its global marketing strategy for football.