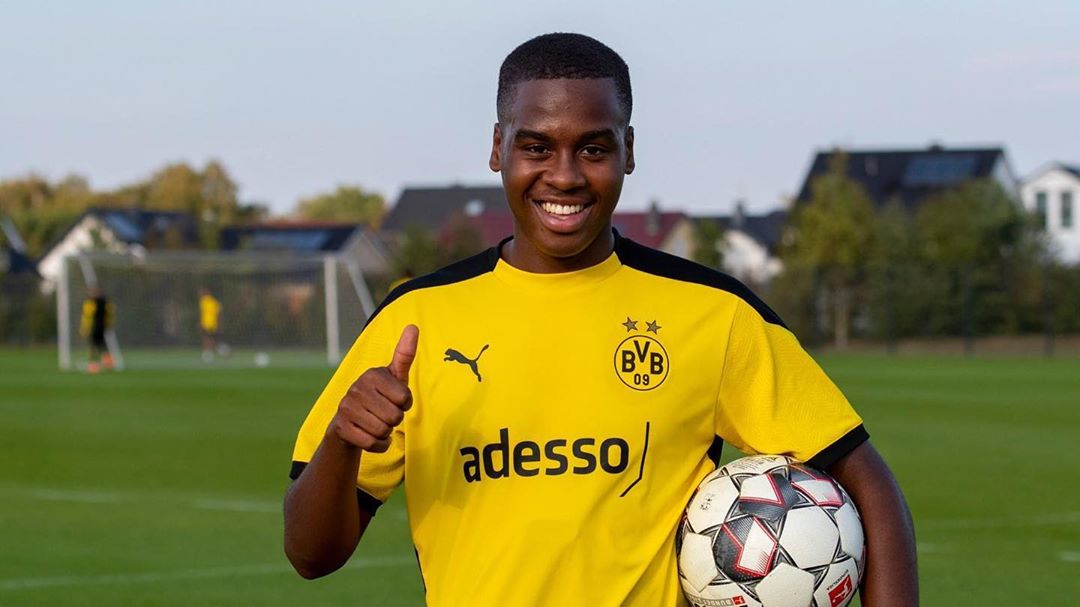 16-year-old forward Jamie Bynoe-Gittens has followed the exact path set by Jadon Sancho back in 2017 by leaving Manchester City to sign for Borussia Dortmund, before making a first team appearance.

Bynoe-Gittens has scored one goal in three games for England U16 and operates on the left wing. He made two appearances for Manchester City in the U18 Premier League last season and scored one goal, after joining the club from Reading’s academy two years earlier.

The young baller becomes the third England player in BVB’s set up – joining Jadon Sancho and Jude Bellingham – and the former’s influence is no doubt a big factor in the move, with JBG sharing the same management team as JS7.

Speaking on the move and how he was motivated by Sancho’s breakthrough at BVB after leaving City, Bynoe-Gittens said:

“I’m going to try and make a name for myself. When Sancho was at City, he was doing bits in the 18s, scoring every game, so in a way, I want to be like him. You’ve got to take stuff from other people to make the best version of yourself. You’ve now got to score and assist to be the best.”