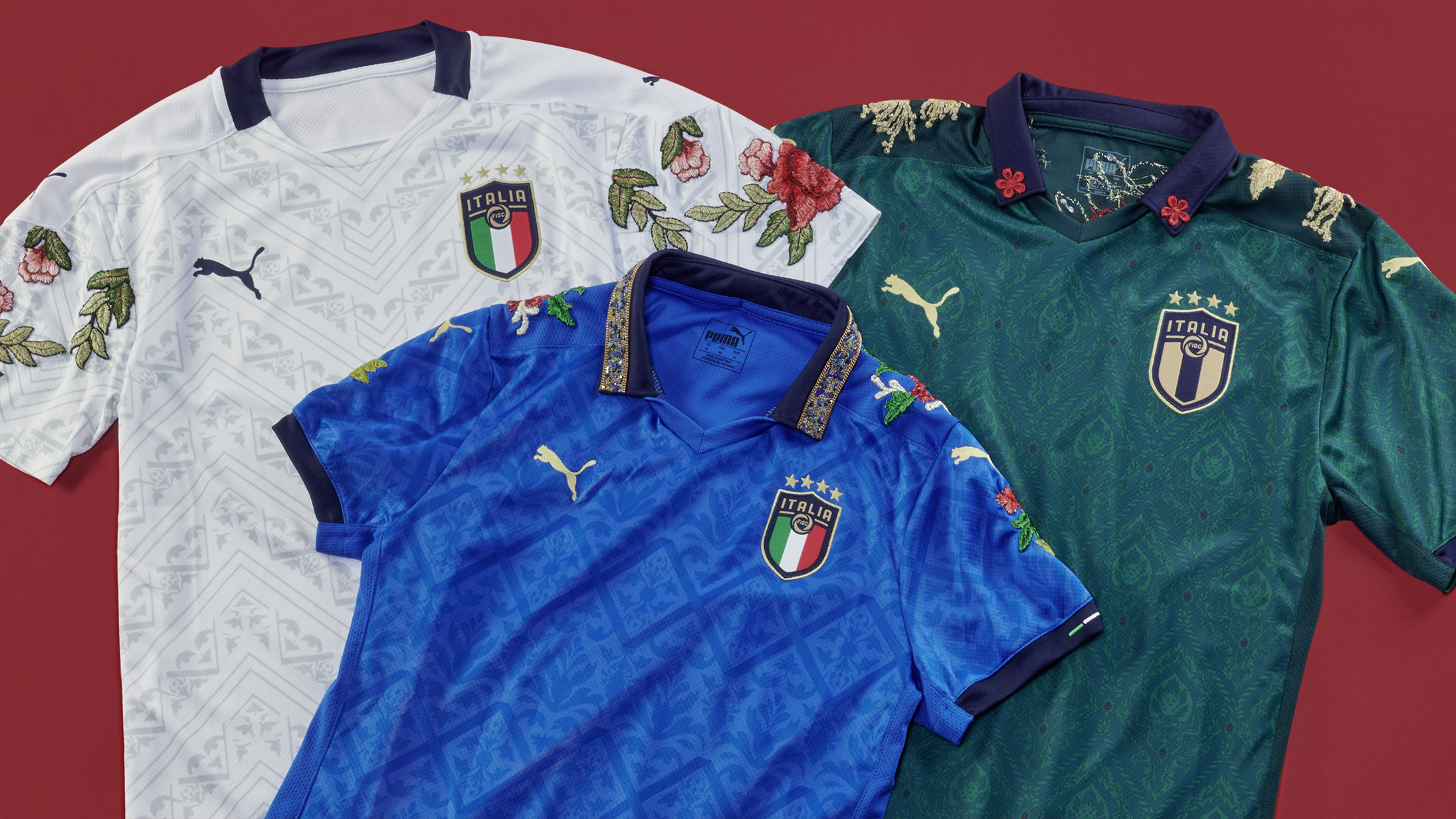 The Football Gal – the creative title of designer Diana Al Shammari – has reinterpreted Italy’s home, away and third jerseys by weaving in intricate, floral designs on to each kits.

After discovering her passion for football as a child, Diana would stay up to watch matches with her dad. It was there where her love for jerseys began. After seeing her older brothers wear football shirts, Diana would steal them off of them and wear them around the house and join them for kickabouts with her friends.

As she grew older, Diana would begin to understand and love the symbolism attached to football shirts, which ignited her passion for shirt design. Speaking to VERSUS, she explained: “The football shirt isn’t just for footballers on the pitch, it’s also for the fans and it represents a club’s culture, history, and personality.”

With motifs influenced by art nouveau and art deco design, The Football Gal explained to us that fusing nature alongside the beautiful game was a natural development of her craft. “I’ve always been fascinated by nature – and natural forms in general,” she told us, “I’ve always implemented them from an early age, whether it be ceramic creations at school or later on with embroidery on football shirts.”

The Football Gal’s one-off Italian football jerseys were designed to celebrate Italy’s history, culture, and personality by chanelling elements of the Italian Renaissance, which she achieved by “emphasising symmetry, natural shapes and the creation of eye movement through floral designs.”

Each hand-sewn addition goes further than just complimenting PUMA’s original graphics on each jersey, with each jersey elevated to a new level of luxe.

Get a closer look at The Football Gal’s reinterpretations of PUMA’s 2020 Italy jerseys below. 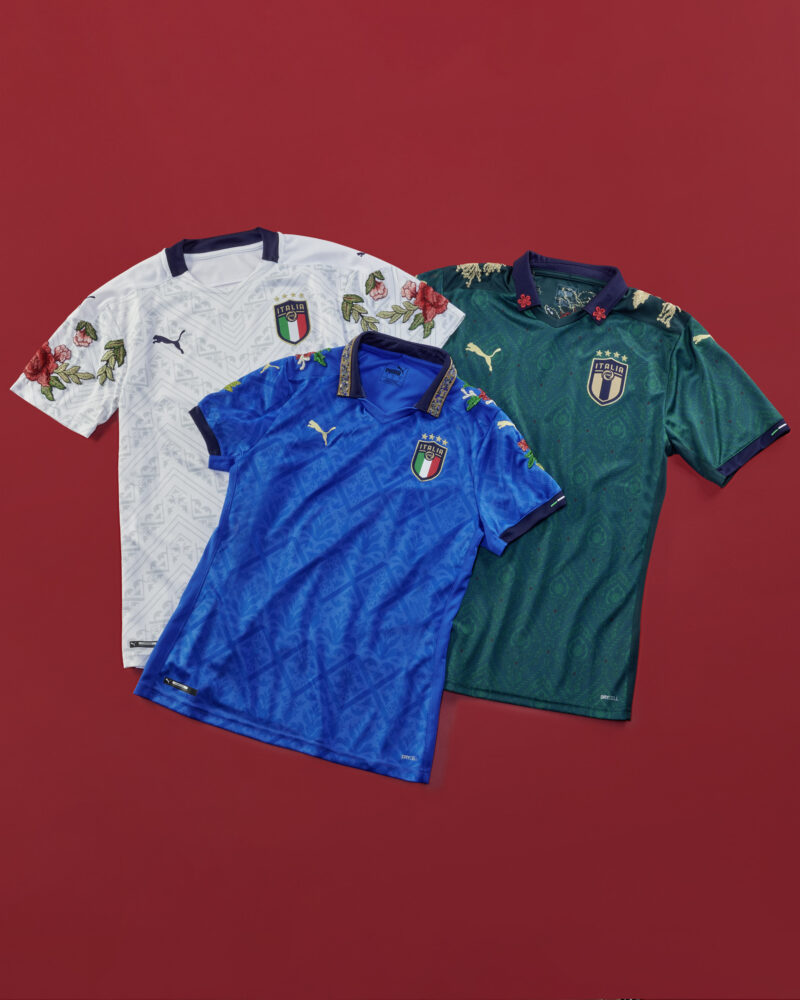 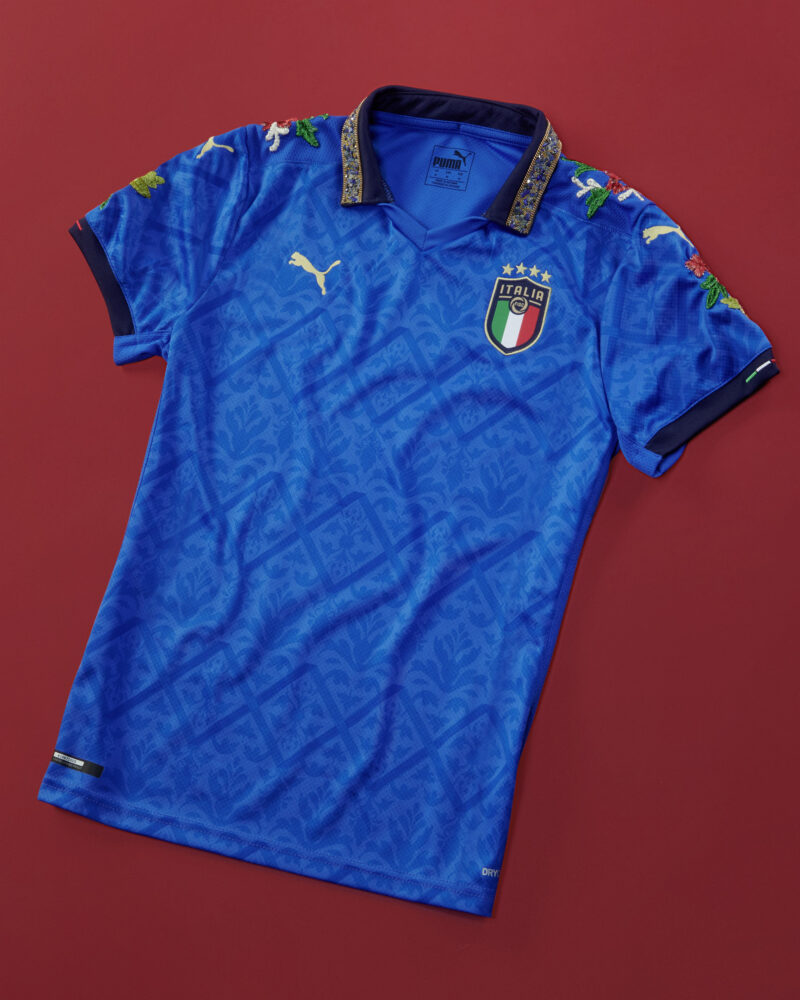 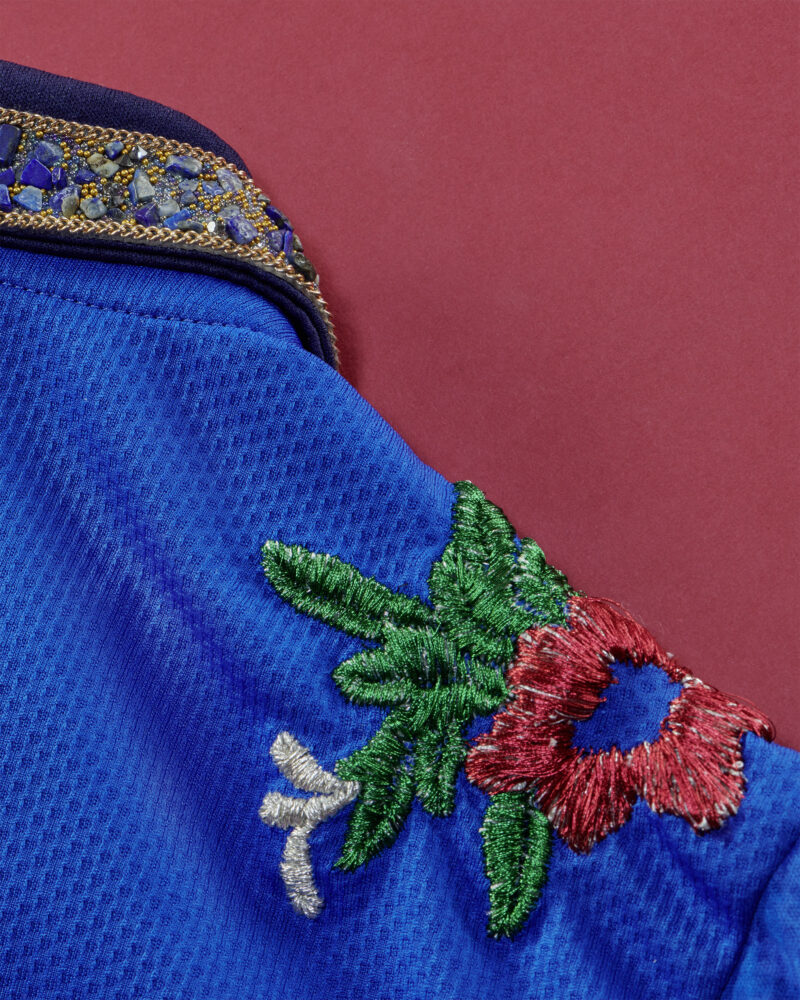 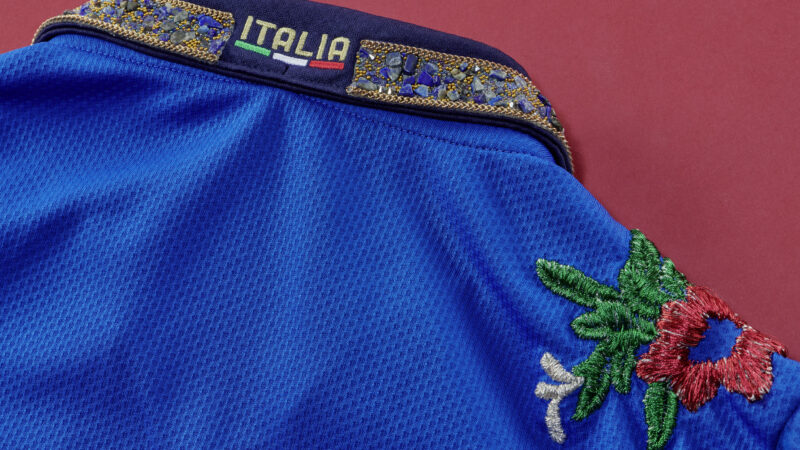 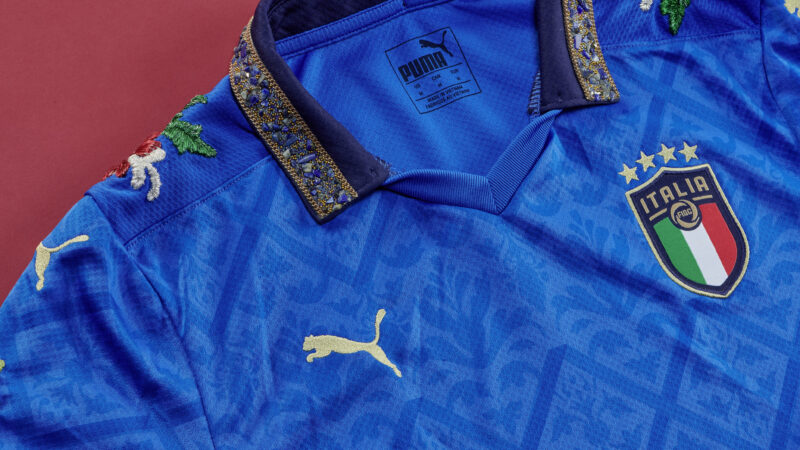 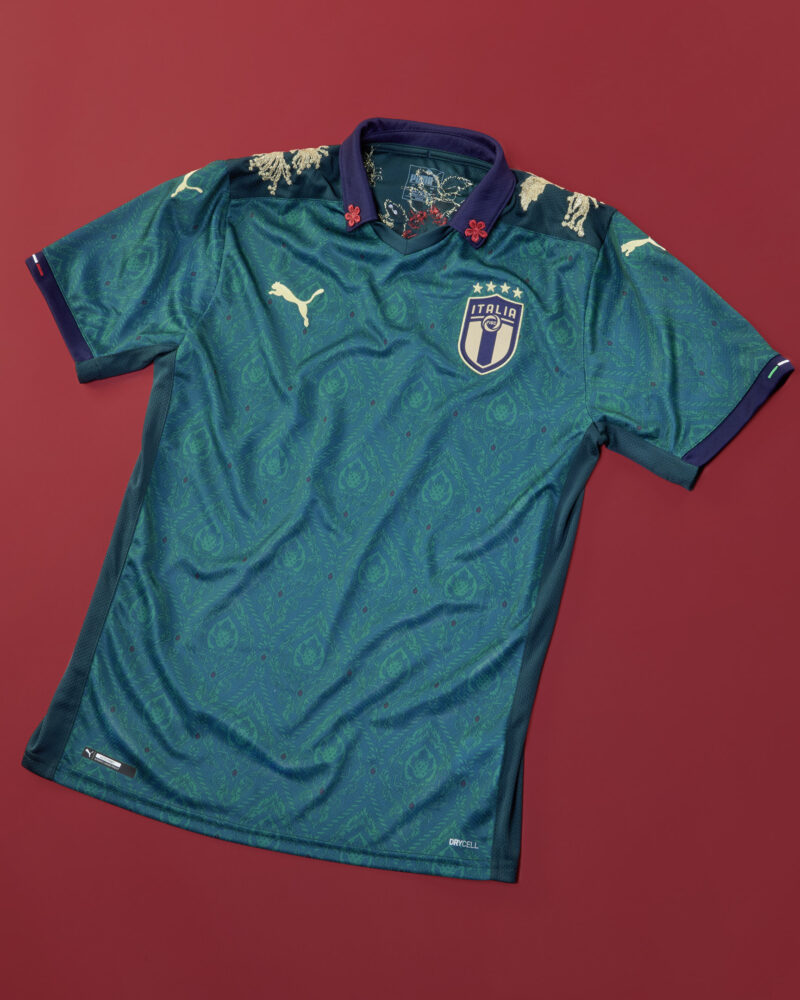 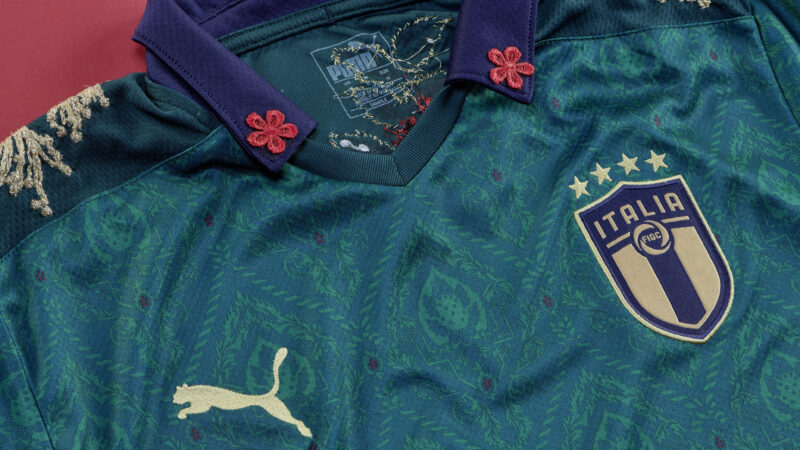 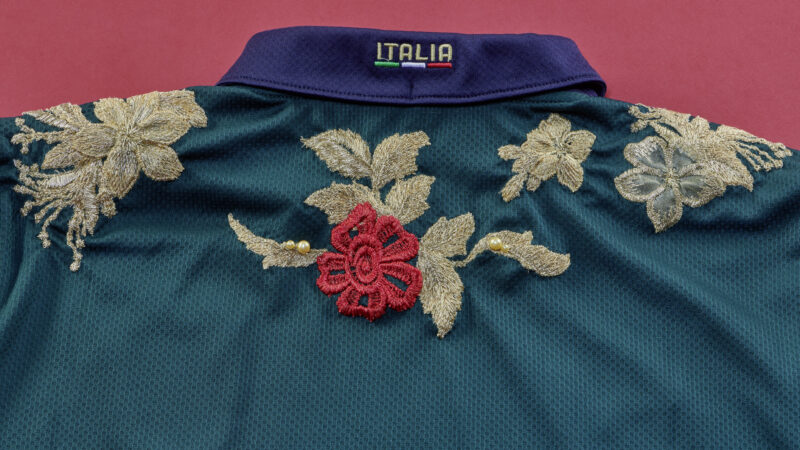 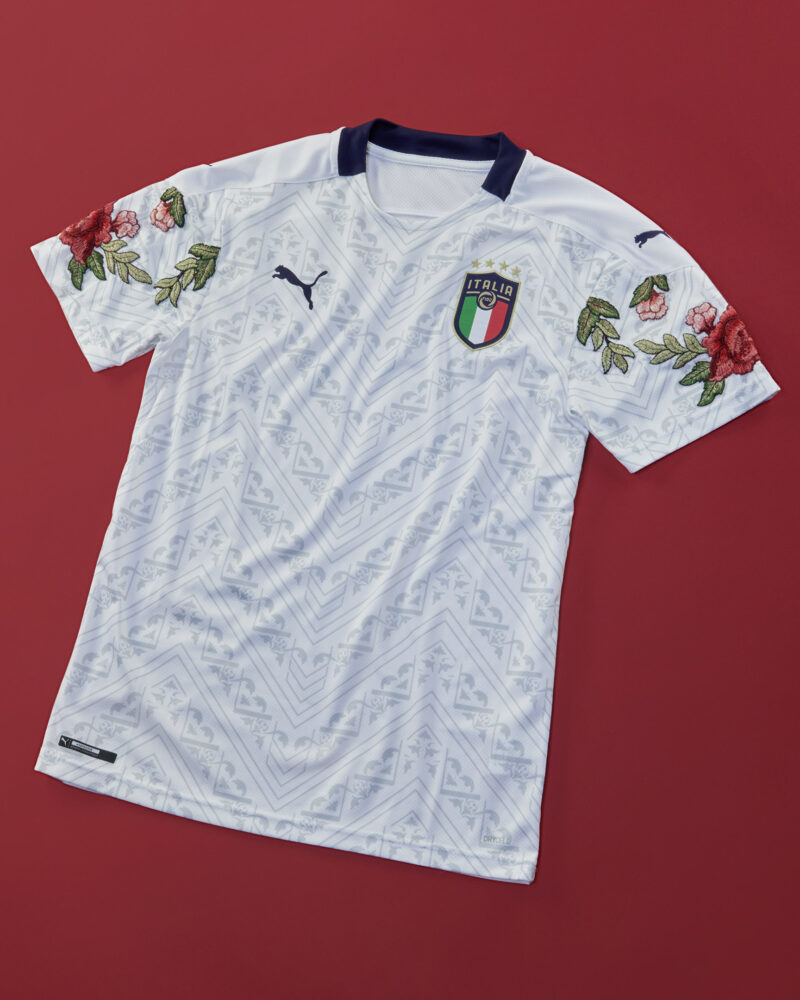 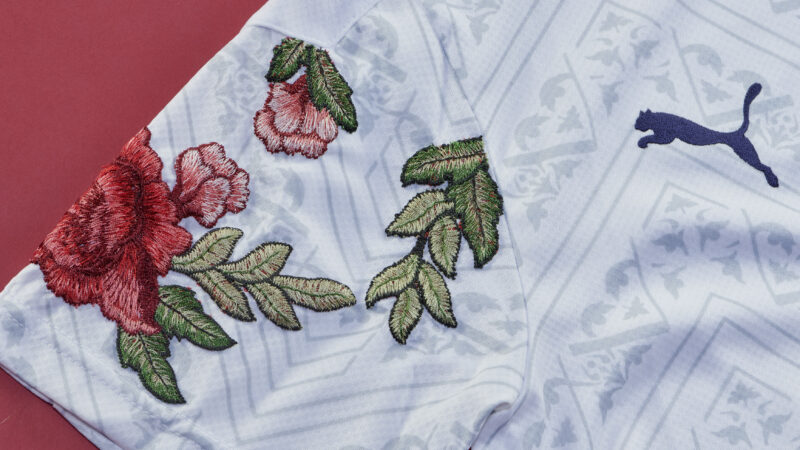 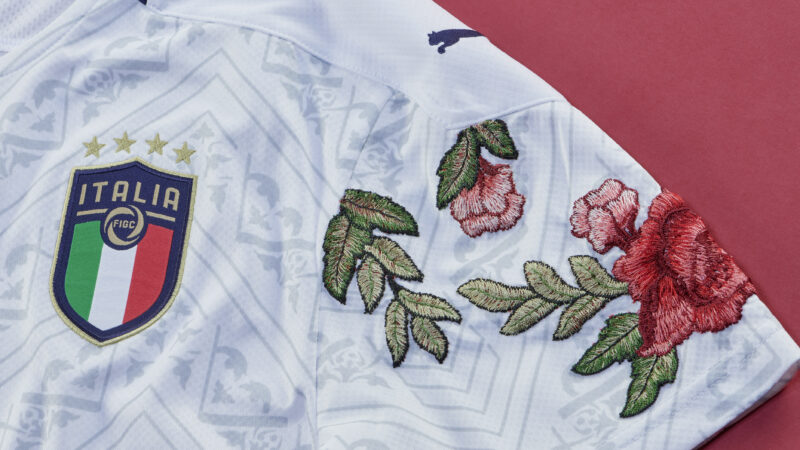