Next up in line for Nike’s run of limited-edition Liverpool FC inspired products is regular Nike By You collaborator HARD – one of the best football-inspired artists in the game.

Best known for creating football-inspired pieces, the London-based artist specialises in making one of one pieces of wearable art. Before becoming a creative, HARD was set for a career in football – but just like so many aspiring ballers, his dreams were cut short when injuries got in the way.

That’s when he turned his attention to the fashion and art space to channel his passion for the game. Creating something uniquely in his own lane, HARD has now established himself with a series of hand painted football shirts which have garnered a consistently strong following.

A post shared by HAND PAINTED BY HARD (@hardinthepaint.co.uk)

His skills have now been put to the test by Nike, who tasked him to design a super-limited run of bespoke Liverpool training jerseys featuring the artist’s unique hand-painted style, resulting in a wavey, one-off jersey exclusively available in NTL.

Head to the Nike By You Studio at NikeTown London now to get yours when they go one sale in-store from 12th December – get a closer look at the Nike x HARD x LFC jersey below. 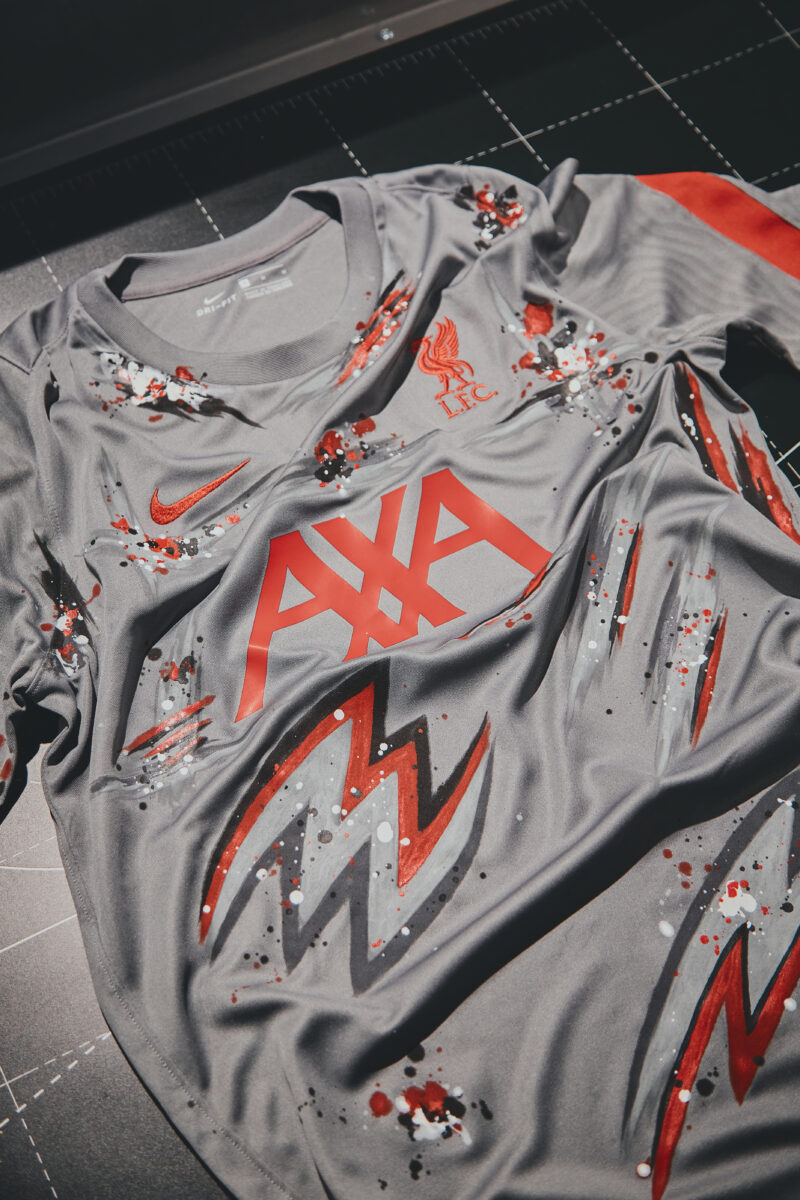 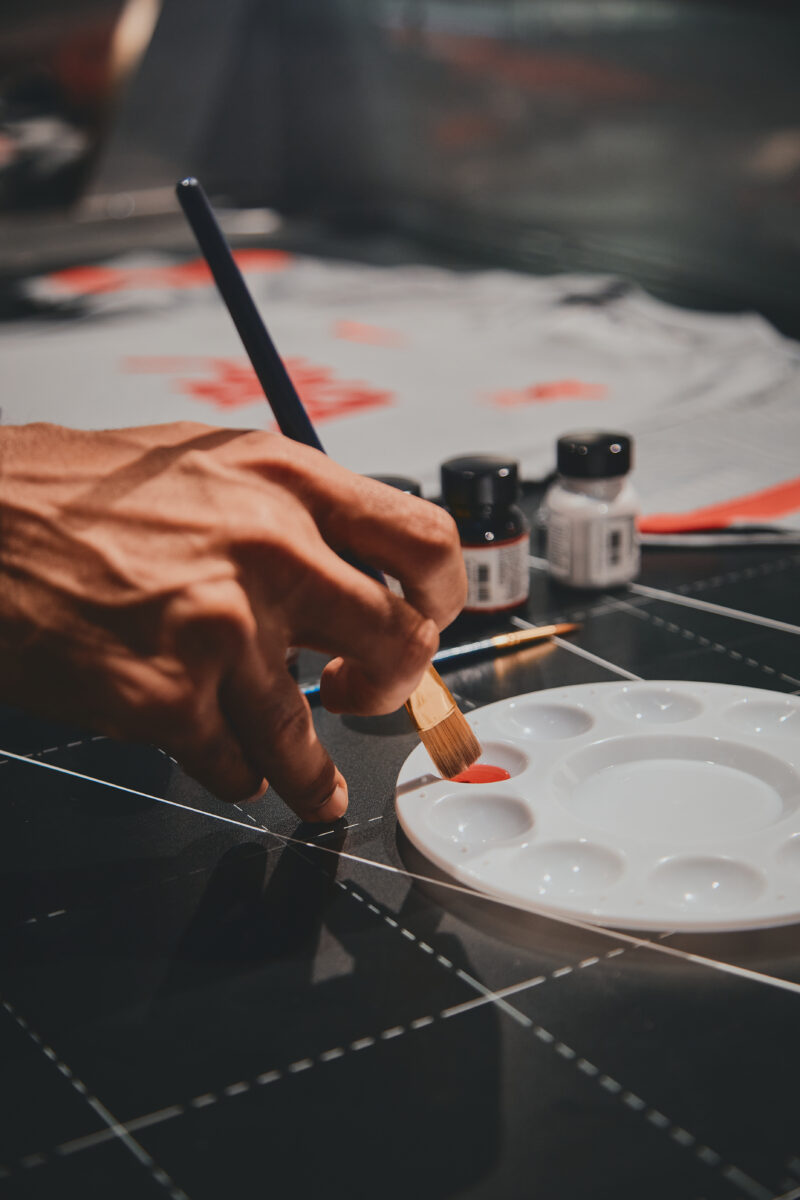 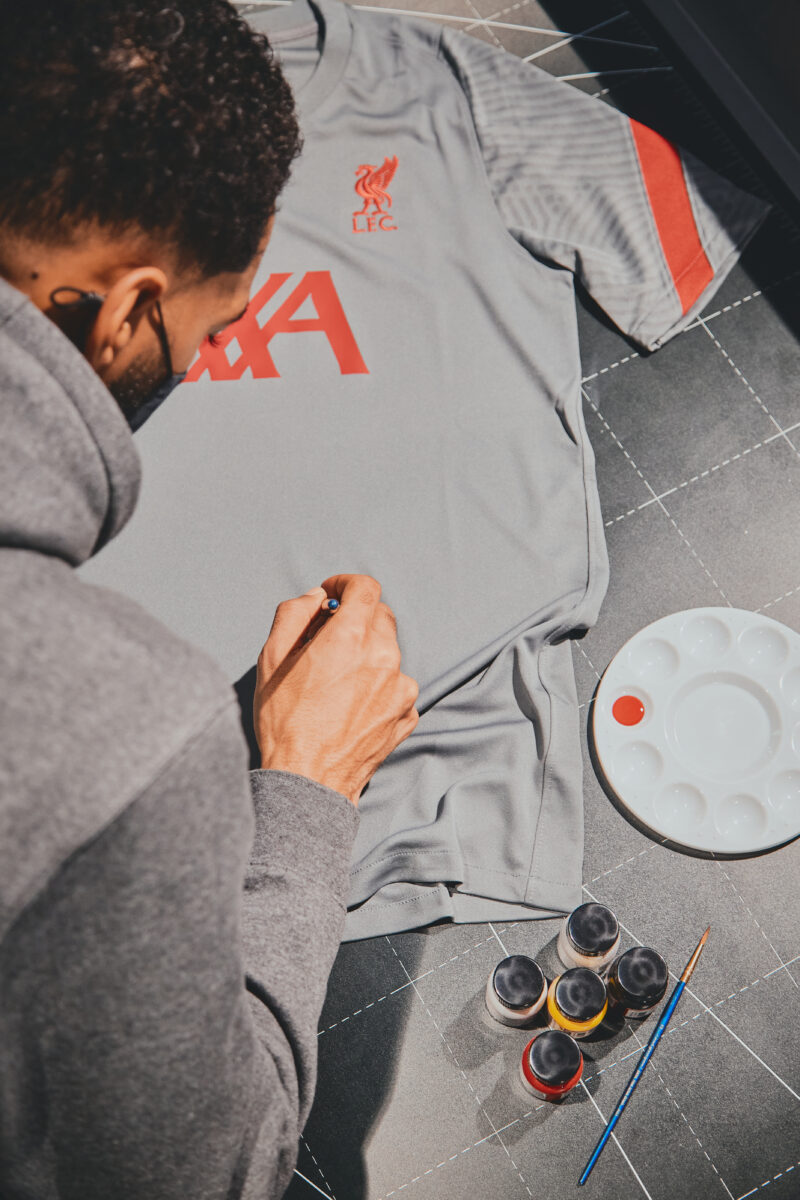 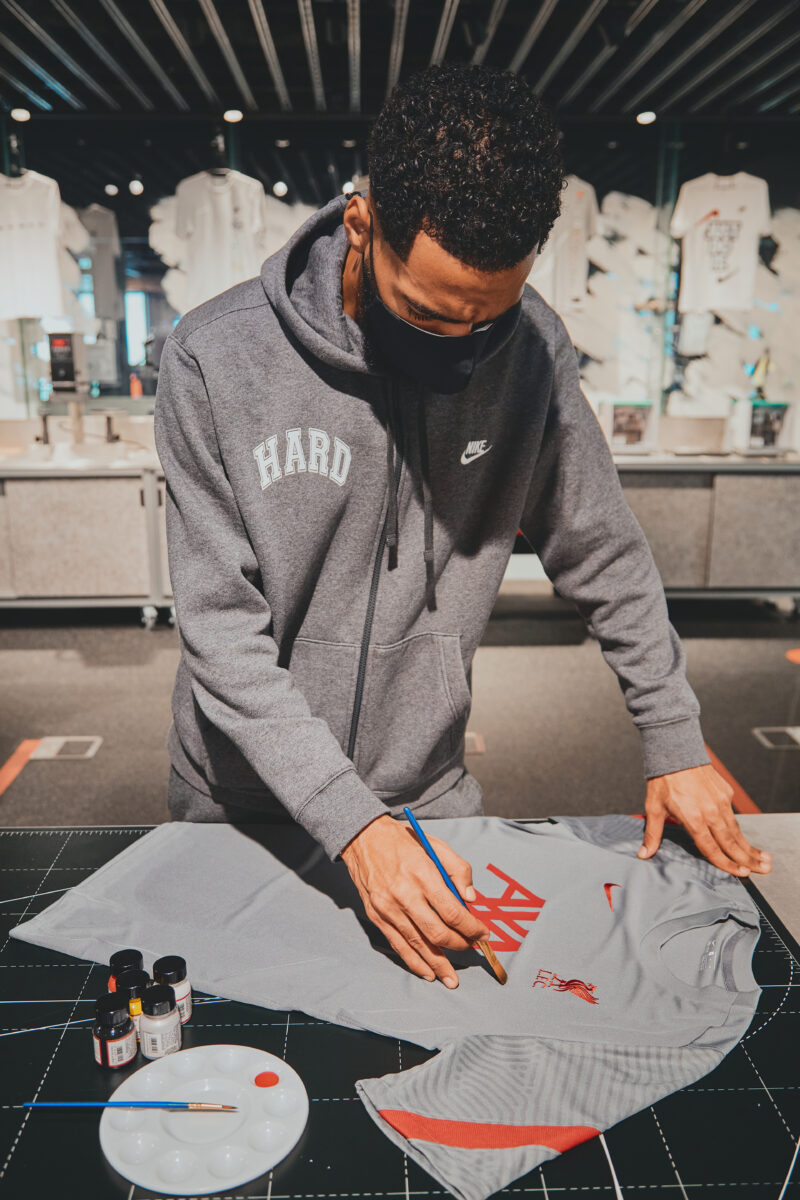