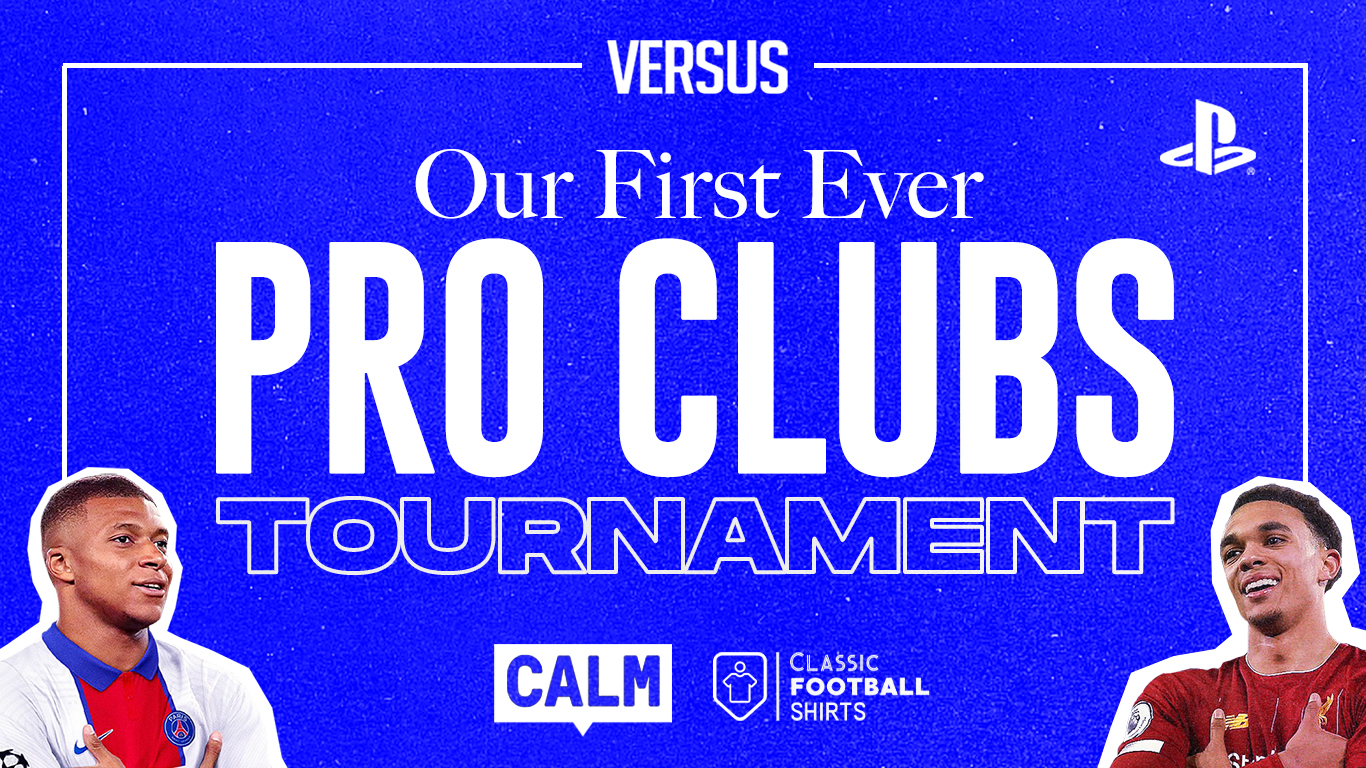 32 teams went head-to-head to be crowned the first ever VERSUS Pro Clubs champions last night and raised over £2,300 for the Campaign Against Living Miserably, a movement against suicide and for anyone struggling with their mental health.

The one-night-only knockout tournament saw 28 teams from the VERSUS community compete for the Golden GOAT trophy alongside four guest teams, including two captained by pro ballers Hamza Choudury and young Arsenal prospect Tyreece John-Jules. YouTube’s football kings Baiteze Squad also entered the fray, while a team of VERSUS staff and fans also balled out.

NOCAPPPP stole the headlines to be crowned champs after sending home Team Hamza, VERSUS FC and more to reach the final, where they secured the dub after defeating Abraham Moss on penalties following a 3-3 draw after 120 mins of action. As winners, they receive a £500 voucher courtesy of Classic Football Shirts.

In total, 200+ players came together at a time when so many of us are more isolated than ever before. In a survey taken at the start of the year, 71% of our community felt their mental health suffered in 2020 – and lockdown played a big part in that.

Our goal was to unite our fans in the middle of another lockdown, recreate competitive football, and raise money while we do it. In total, £2,346 was raised via entry fees and matched donations. All funds raised from the night will go directly to CALM. We sincerely thank everyone who entered and played alongside us on the night.

Every week 125 people in the UK take their own lives. And 75% of all UK suicides are male. CALM exists to change this. Through frontline services, national campaigns, and by building communities, they’re there for everyone who’s struggling with life. CALM’s helpline and webchat is open 5pm til midnight 365 days a year for people in need, or those who are worried about someone else. In 2020 CALM’s trained helpline staff helped someone every 66 seconds. Having over 140,000 conversations and directly preventing 488 suicides.

VERSUS and its community is proud to support CALM’s amazing work.