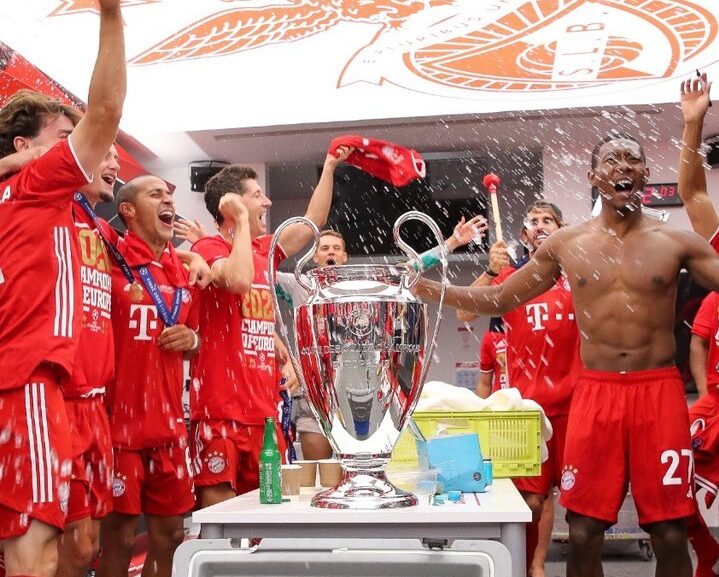 Amazon have just unveiled the news that they will be filming a behind-the-scenes documentary on FC Bayern Munich, which will launch exclusively on Prime Video in Autumn 2021.

Filmed from last year’s historic Champions League Victory through to the end of the 2020/21 season, the documentary will give Prime members front row seats to the treble winners’ dressing room this season, as well as offering an insight into the inner workings at Säbener Straße.

It spotlights the people who have shaped the club and made it great; from the president to the groundsman, showing how iconic characters like Karl-Heinz Rummenigge and Uli Hoeneß paved the way for a new generation, led by president Herbert Hainer, Oliver Kahn and Hasan Salihamidžić. It also looks at the club’s history, its greatest moments, as well as how it is perceived by the wider footballing world.

“We are proud to be able to tell the great success of FC Bayern through this documentary – from its rich past to the exciting present and ambitious future,” says FC Bayern Munich CEO Karl-Heinz Rummenigge. “Especially now, when Corona is unfortunately forcing us to distance ourselves, this documentary is a wonderful opportunity for our fans to experience first-hand what is going on in our team and our club.”

FC Bayern München board member Oliver Kahn: “This documentary is a great opportunity to expand FC Bayern’s global presence. We can reach millions of people with our story and get them excited about us. FC Bayern looks back on a gripping history, has been setting standards in top-class sport for decades and also has its sights firmly set on the future. We are always ready to break new ground. This documentary is another important step into the future of our club.”

Prime members will be able to watch the documentary anywhere and anytime on the Prime Video from Autumn 2021.