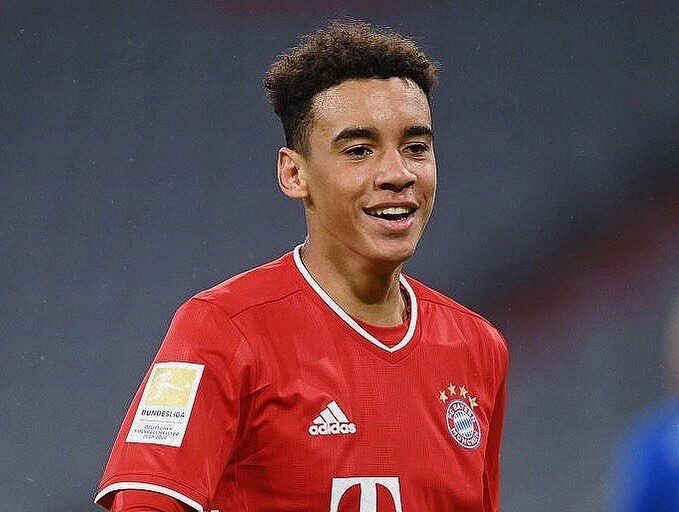 Jamal Musiala has ended speculation over his international future by confirming that he’s chosen to represent Germany at a senior level.

The 17-year-old midfielder, who made history in the Champions League last night by becoming Bayern Munich’s youngest ever scorer in the competition, had represented both Germany at England at youth level, while he’s also eligible for Nigeria via his father.

Jamal Musiala. The youngest English baller to score in the Champions League.

Musiala represented England U21s twice in 2020 and last played for Germany in 2018. Revealing his belief that Germany was his best long-term option, he told The Athletic:

“It is difficult to find words for what England means for me because I have so many memories connected to very positive emotions. I have a heart for Germany and a heart for England. Both hearts will keep on beating.

What is best for my future? Where do I have more chances to play? In the end, I just listened to the feeling that over a long period of time kept telling me that it was the right decision to play for Germany, the land I was born in. Still, it wasn’t an easy decision for me.”

Musiala has been one of European football’s breakout talents so far in 2020/21, scoring four goals from 25 appearances for Bayern in all competitions so far this season.