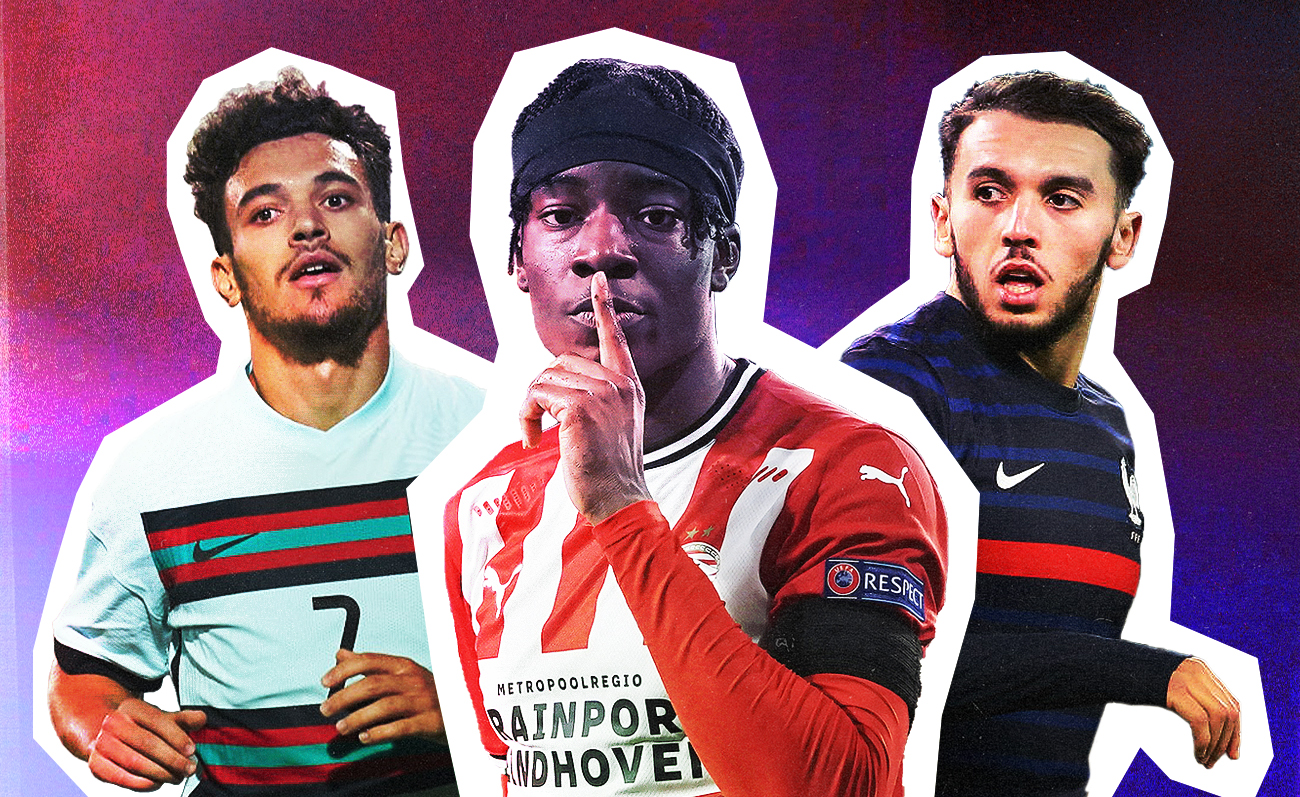 The international break can often be a hard time for football fans, and this is especially true in a season where the next top flight fixture only ever seems a moment away. However, this break will be different. The reworked calendar means we’re being blessed with one of the most must-see tournaments in the game. The U21 European Championship is a massive opportunity for Europe’s top talents to put themselves on show. In recent seasons, more and more young ballers are becoming key components in senior sides across Europe so this year’s tournament promises to be one with high quality.

The tournament hosted in Hungary and Slovenia tournament begins on May 24, but, this will just be the group stage in which the top two teams from each group will progress to the knockout stage. This knockout stage will conclude in summer.

Spain have won the last two tournaments but every squad is stacked with a long line of ‘next big things’. Here are 10 ballers set to make a statement in the U21 European Championship.

You may have seen this baller recently during Spurs’ capitulation in Europe but if you are new to Majer, this guy can ball. The versatile player who predominantly plays attacking mid has six goals and 13 assists this season for his club side. This form has been shown in the Europa League and domestic league where Dinamo are currently top and hoping to secure the title. Majer is a senior man in Croatia’s team and has been dependable in qualifying, netting four goals and two assists. If they are looking to progress through the group stages, he will be a key man.

Whether you use stats or the eye test to determine how good a player is, both metrics will firmly support that Madueke is a total baller. In his first full senior season, the youngster has one of the best outputs in Europe for his age with nine goals and eight assists. This rise to the top has now resulted in his first England U21 call up. His versatility has seen him play in a host of positions including both wings, up top, supporting striker and attacking midfield. England have a stacked squad but Noni could well be a key player through this initial group campaign.

Bayern Munich CEO Karl Heiz-Rummenigge spoke about the lack of young talent coming through in Germany but we beg to differ. One player who you need to know about is Ridle Baku. The versatile player is going from strength to strength in the Bundesliga following his recent move from Mainz to Wolfsburg, and is an experienced head having been called up to the national senior side back in 2020. Baku can operate at right midfield as well as centrally and has a keen eye for goal. This season alone, he has netted five times as well as providing a handful of assists. The Germans have a strong team and Baku will be a leader in the ranks.

Gonçalves is very much a name on a lot of peoples lips. After Bruno’s exit from Sporting, no one could imagine that he would fill and arguably go further than his predecessor. Just the 15 goals this season, Gonçalves is really restoring the feeling of free scoring midfielders. Formerly on the books of Braga, Valencia and Wolverhampton, he is now the talk of many major teams in Europe. This tournament comes at the perfect time for him to further showcase why he is one of the hottest players in Europe right now.

The former Ajax baller has found his feet out in Belgium and his goalscoring form is getting a lot of attention. Local papers were reporting the possibility that he could have been called up to the senior national team, however Lang himself has reiterated he wants to play at these championships. With 12 goals this season and seven assists, the versatile forward will be hoping that he can add to his U21 record of a goal and three assists. Netherlands are a team with many central forwards so Lang could prove very important if they need more width and attacking prowess.

France have arguably the most stacked squad at this tournament when it comes to talent, but one player everyone’s eyes should be on is Gouiri. Still only 21, Gouiri has become a key component in a very young Nice side. His 12 goals and six assists has got the whole of France discussing whether he could one day go on to be a key player for the senior national team. Gouiri has great calibre at youth level and he will be competing for a highly coveted starting place but once again, versatility will prove key. He has previously played on the wing for the U21s and is one of the inform players in the camp.

Italy will be hoping that Scamacca can pick up where he left off in qualification. His six goals in nine appearances were enough to steer Gil Azzurri top of the table. A keen scorer at national youth level, Gianluca has the perfect opportunity to showcase his talents amongst some of Europe’s top young guns. An eventful career has seen the forward play for Lazio, Roma and PSV before finding his way to Sassuolo in which he has had some more loan spells away. It is likely he will start up top with a Sassuolo teammate in Giacomo Raspadori at the Euros. No better way to showcase the potential the club has than some stellar performances together.

Spain will be looking to defend their title however, a lot of the talk going into this tournament revolves around how this squad compares to previous years. Díaz is a player who could really aid his side and in turn, push his own profile up as one of the most exciting young players in Europe. There is no denying that Díaz has talent. Starting out at Malaga, he was quickly spotted by Manchester City before being purchased by Real Madrid. Currently on loan to AC Milan, the attacking midfielder has had good cameos this season but being away with the national team at U21 level could really ignite a fire in the youngster.

Already capped at senior level, deadly at U21 level, and well experienced for his club side, Chalov is definitely a player to keep your eye on. He comes into the tournament with a handful of goals in the league but also the desire to stamp his authority within his home nation. This is a player who has already won a golden boot in the Russian league, and having a good tournament here is important to his team but more important to his own development as a player. He believes his destiny is with Europe’s elite. This is his chance to prove it.

The Czech Republic topped their tight qualifying group and much of that was down to their captain Sadílek. Currently on loan in his native country, The 21-year-old’s leadership, ability to cover in multiple positions and experience at national youth level will be vital. With all eyes on this tournament, it’s also an opportunity for Sadílek to show PSV coaches how much potential he has ahead of his return from loan in the summer.