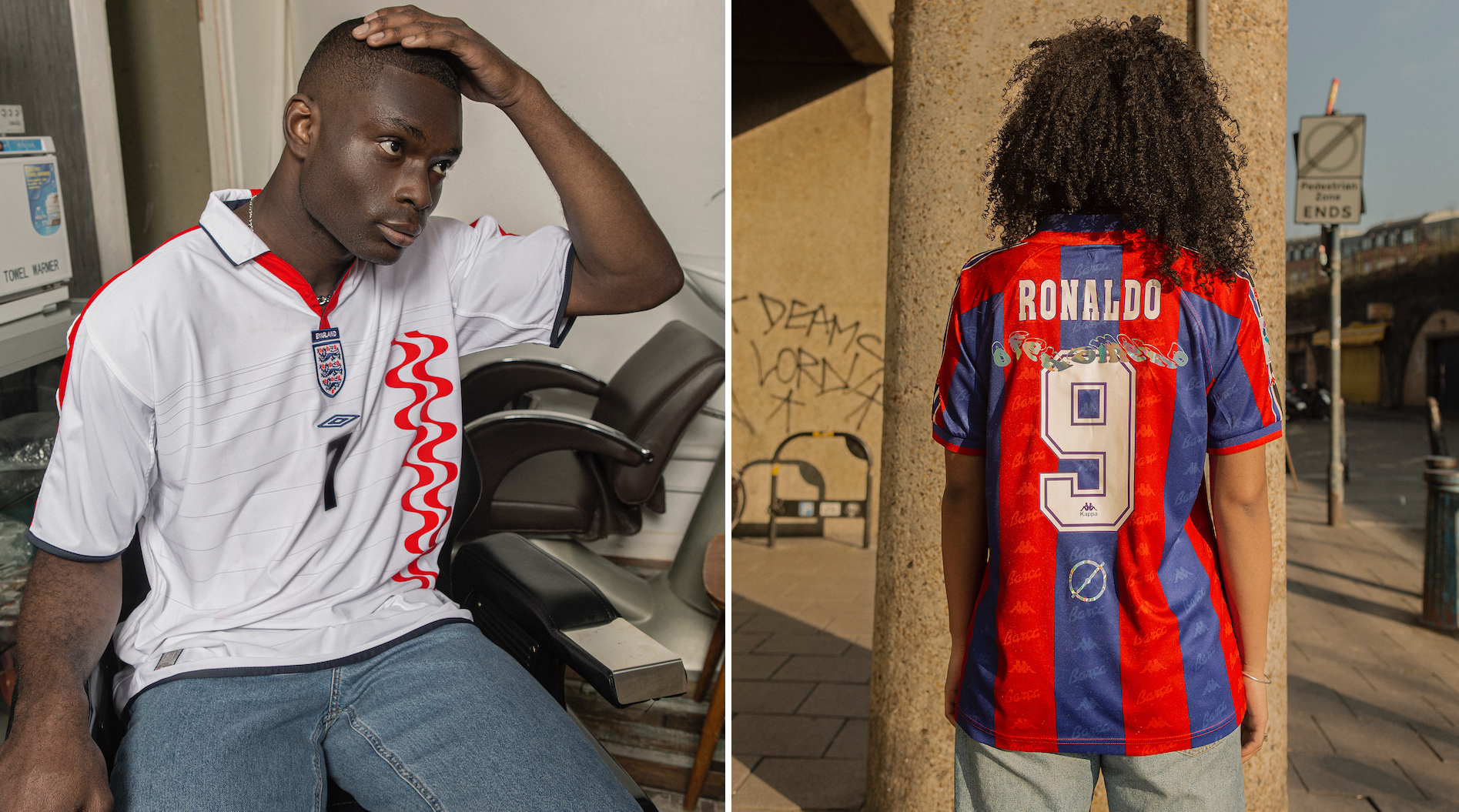 Offside Outlet’s debut collection is giving a second lease of life to some of the waviest jerseys of all-time, in tribute to some of the biggest icons of the modern game.

The ‘LEGENDS’ capsule collection brings together five one-of-one jerseys reworked and re-inspired by the true pioneers, innovators and icons of the game. The first drop from the new brand honours David Beckham, Ronaldo, Paolo Rossi, Diego Maradona and Iker Casillas.

Each piece has been upcycled to promote a sustainable style culture, and reworked with details and art to honour each player. Beckham’s jersey – an England home shirt from 2004 – includes a red bending curve to illustrate DB7’s uncanny ability to bend the ball, while R9’s Barcelona jersey from 1995/96 features iridescent ‘O Fenômeno’ print on the front.

Get a closer look at the collection, photographed by Martyn Ewoma, in the images below. The one-of-one pieces are available from offsideoutlet.com on March 31.