Fresh from a creative writing masterclass that gave young people all the tools they need to become their very own 'Caption King', VERSUS and Football Beyond Borders linked up again for the next stage of the 'My Idol & I' programme.

While session one saw the young people write a tribute to their idols in our notorious caption style, the latest collab between VERSUS and FBB presented the students with an opportunity to connect with a football idol on a one-to-one level. Manchester United defender Axel Tuanzebe rolled through for a conversation with the Year 8 and Year 9 students, giving them a chance to research and interview a Premier League player in a journalism masterclass.

From moving to the UK from Congo as a four-year-old to shutting down Kylian Mbappé in the Champions League, Axel Tuanzebe is a shining example of dreaming big, working hard, and tasting success. After being told how and why interviews are important by VERSUS team members Mayowa and Corey, the students independently researched Axel's career and built out an interview plan for their 60-min conversation with Tuanzebe.

FBB supports young people from disadvantaged backgrounds who are passionate about football but disengaged at school in order to help them finish school with the skills and grades to make a successful transition into adulthood. The deliver educational programmes based around their biggest passions, with football playing a huge part in that.

Congratulations to all the young people who took part in the 'My Idol & I' programme and to FBB for once again showing that the power of football can change lives. Finally, special thanks to USM their help in linking us up with Axel.

Read the full interview between Football Beyond Borders and Axel Tuanzebe below. 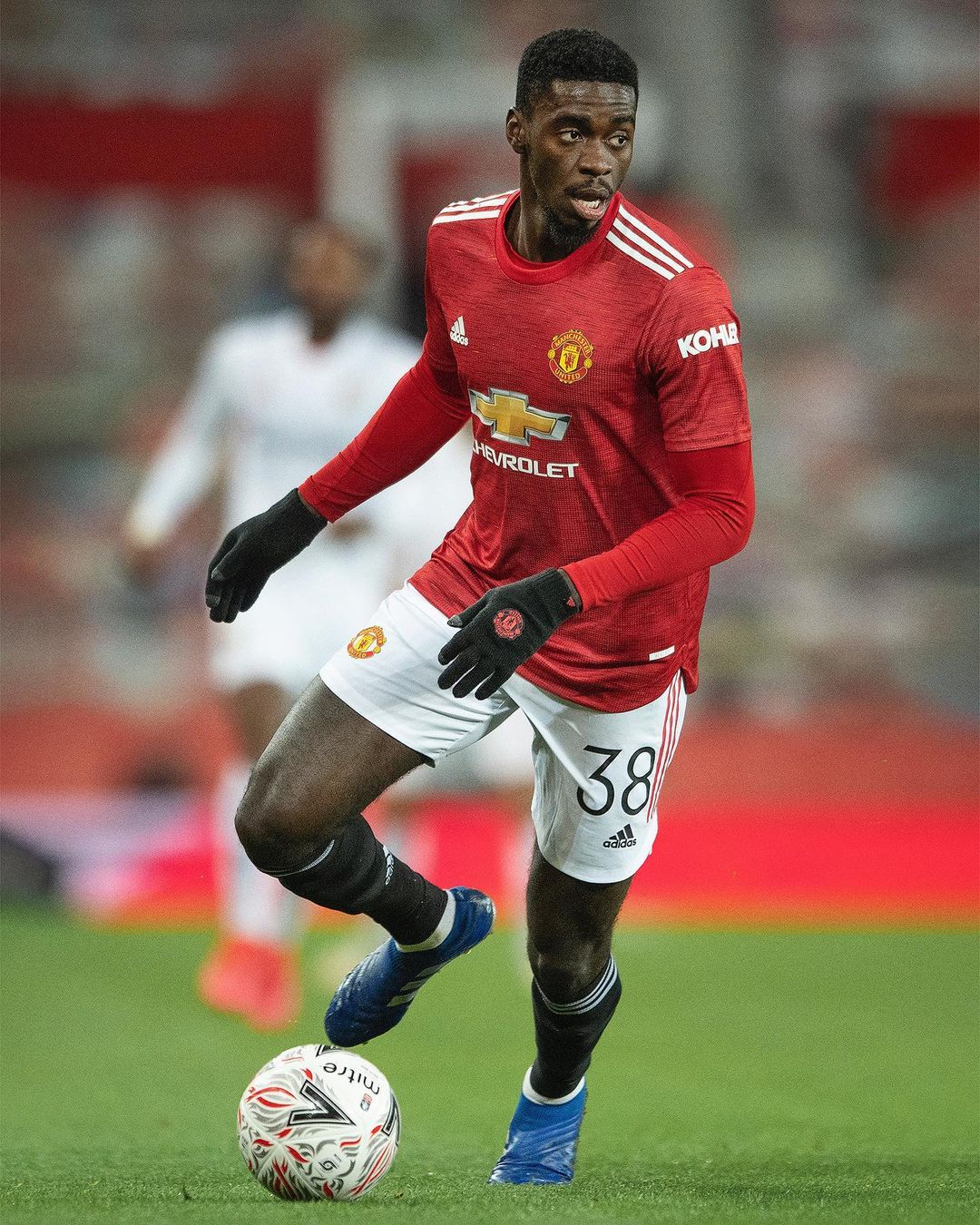 What made you want to start playing football when you were a kid? – Jayden, 13

It was going out and playing with my brother. We had a local football pitch near us and all our friends would come and play. The fun would then turn into a competition, the competition became who was the best so naturally that drove us to become better players. That’s how it started for me.

Before you joined United, who did you want to play football for? – Riley, 14

My team has always been United so it was a real privilege. I am literally living my dream! All my academy years, I grew up with a United background and mentality. My family are all United too so it’s been pretty much the same from the beginning.

In my position, I always loved Maldini. I thought he was unbelievable. A lot of people just look at what someone does with the ball but if you watch the game, you can see how someone affects everything that happens around them and Maldini was that sort of player for me. His presence was one thing but his attitude and want to take responsibility, leadership and communication was so massive. For me, he is one of the best defenders ever. Pure magic, it would be Ronaldinho, he would stand out. He would really make you stand out of your chair with what he did. He is someone for me who just hit the highest level you could in football.

I’m from Congo like yourself. How does it feel to be an inspiration to people from lower developed countries having showcased you can do anything and get to the Premier League by working hard? – Mathieu, 14

First of all, what drove me to become the person I am, and drives me to keep pushing towards who I want to be, is my family and wanting to help their situation. There’s a lot of people who come from a place where there are less opportunities or tough financial situations and the only route is sports or a second generation family member doing great, so that was my motivation. It’s so important to see someone who is like you in a situation you want to be in. That’s why I always spread the message. Having an idol who has done what you want to do will help you keep pushing when it gets tough. In less developed countries, we need relationships to be improved so people see there are people they can talk to and social media helps that greatly. People like VERSUS and FBB are ensuring that’s possible.

Sadly, at some point in time, all of us on this call have either been a victim of racism, or seen it happen. How do you deal with it? – Arsh, 14

When I got abused, it didn’t make me feel any type of way. They were just words to me. It wasn’t something powerful to me but I understand that for others, it can be something very detrimental. My advice would be surround yourself with good people, they will help you the most. Your family and friends are important. If you are ever low, you have to understand you can speak out to these people. When times are tough, that’s when people will show themselves for you, especially family. You are never alone. Even if families aren’t around, there are teachers, colleagues, coaches. Always someone to speak to. If you have a relationship with someone, they can help you through tough times.

Usually we only see footballers on TV but away from the pitch, they are normal human beings like all of us. What do you like to do that’s just a normal thing anyone can do? Something people might be surprised at… – Mathieu, 14

I love watching movies. Something I picked up over lockdown actually was playing the piano. I got myself a keyboard and I’ve been practising away ever since. I’m improving but I have a long way to go. Everyday I spend like an hour on it and just try to learn something new. The pandemic has made life a bet repetitive so when it gets really bad, I just play the piano.

As a footballer, you work hard to be the best you can be. That being said, what do you make of your FIFA rating? I think you should be over 80 based on that PSG performance! – Riley, 14

I’ve just been told I’m ranked 74 overall. I think they base on your ratings based on how you play, so it’s fair. The more I play the better it should get hopefully.

Why was it so easy for you to keep Mbappé and Neymar so quiet in the Champions League? – Arsh, 14

They are some great players but at the end of the day, they are just human beings. We knew we had to stop them from doing their job so we could win. That’s how I take every game. Yes, you respect your opponents but at the end of the day, you are there to do a job. They are big names but you have to forget about that. Every game is different. You can play a team that’s in the second or third division and think they are not good enough, but you lose because they wanted it more. You give respect at any level but you also have to give 100% effort. I had a job to do and I carried it out to the best of my ability.

How do you keep calm for really important matches? – Jean, 12

Good question! Sometimes I feel nervous but you can’t show the opposition that. I guess it’s always a case of knowing how your game will go within the first two or three minutes. You have to make sure your first touch of the ball is clean and crisp. The first pass has to land solid and from there, you can pick up momentum. You forget everything else. First actions in the game have to be solid. If they ain’t, it can rock you. You have to body someone, get that pass, win your header… it all builds confidence. 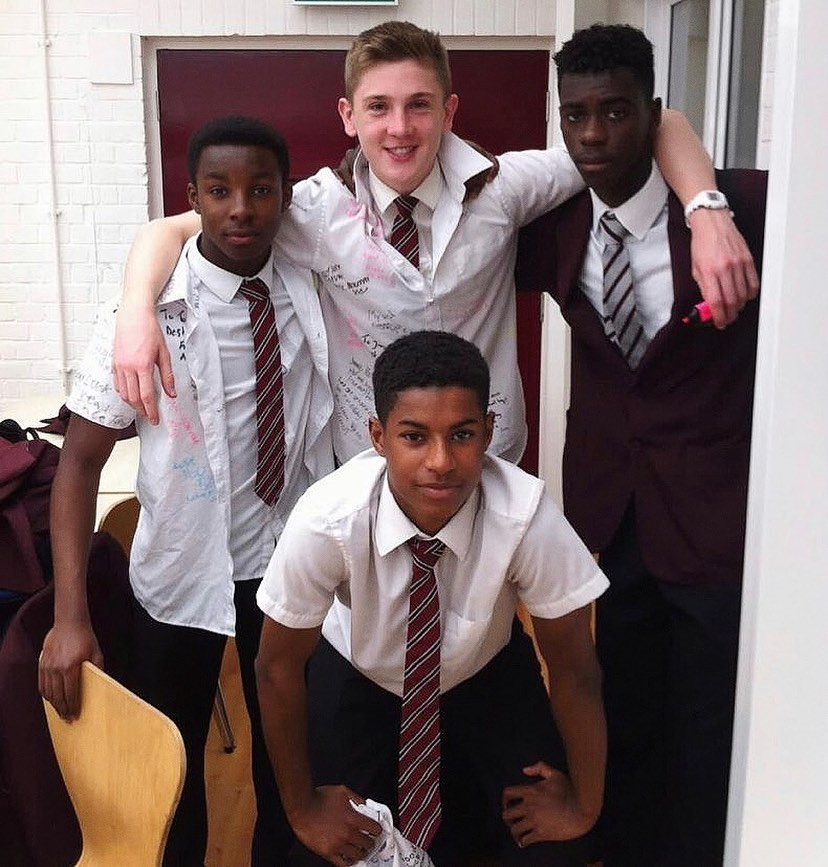 How do you feel playing in defence with Lindelof and Maguire? – Eshi, 14

Maguire, Lindelof, Eric… they’re all good teammates and good people. We are all there to help each other out so I’ve always been calm with them. Their talent speaks for itself. You see them play and see what they are capable of. Playing amongst them is always a good thing.

What is your role when you’re defending a corner? – Charlie, 12

My roles change when defending corners. I could be a positional player which means when the ball comes into that area, it’s your responsibility to deal with it, or sometimes I’m a marker and that’s about making sure your man doesn’t beat you to the ball and score. Sometimes you can be placed to project the keeper so he is free to make an approach to the ball. Roles can change depending on the team you’re in or personnel picked by the manager. I’m either a zoner or marker. I’m typically at the heart of where the ball is most likely to go which is 9 times out of 10, the front or the middle.

If the Premier League didn’t exist, what league would you like to play in and why? – Cameron, 14

Nice question! I would say Serie A just because of how tight the competition is over there. The level of football is rising once again. The magical era of AC Milan on top and Inter not being too far off seems to be coming back. The competition is getting stronger and it’s a beautiful country. Also, there is a real passion for football over there so it would have to be Serie A.

It must be very hard to train at such a high level as a professional every single day. What gives you the motivation when times are tough? – Layton, 13

The love for football. When you love something, it’s not a chore. It’s hard work but it doesn’t feel like it, if you get me? It’s like going to school and doing PE. It’s the best lesson of the day. You go and do it. The achievements for putting in hard work are another reason that you keep going and want to excel.

Who would you say has been the biggest help to you through your career so far? – VERSUS, Est. 2017

Two people. My dad and my big brother. My dad was so strict on me when I was younger. It was mad! I never had a good game according to him. I learnt that I always had to do better. The room for error was so small. I remember U11s at United, our coach told us that maybe only two of us would ever progress to the first team pitch. Today, it’s just me and Marcus Rashford from our age group who did it, so he was right. My brother has really helped me during the pandemic. We constantly trained so I had a mini pre-season as football returned. We are around the same age and it’s good to have him pushing me.

Find out more about the amazing work Football Beyond Borders are doing here.