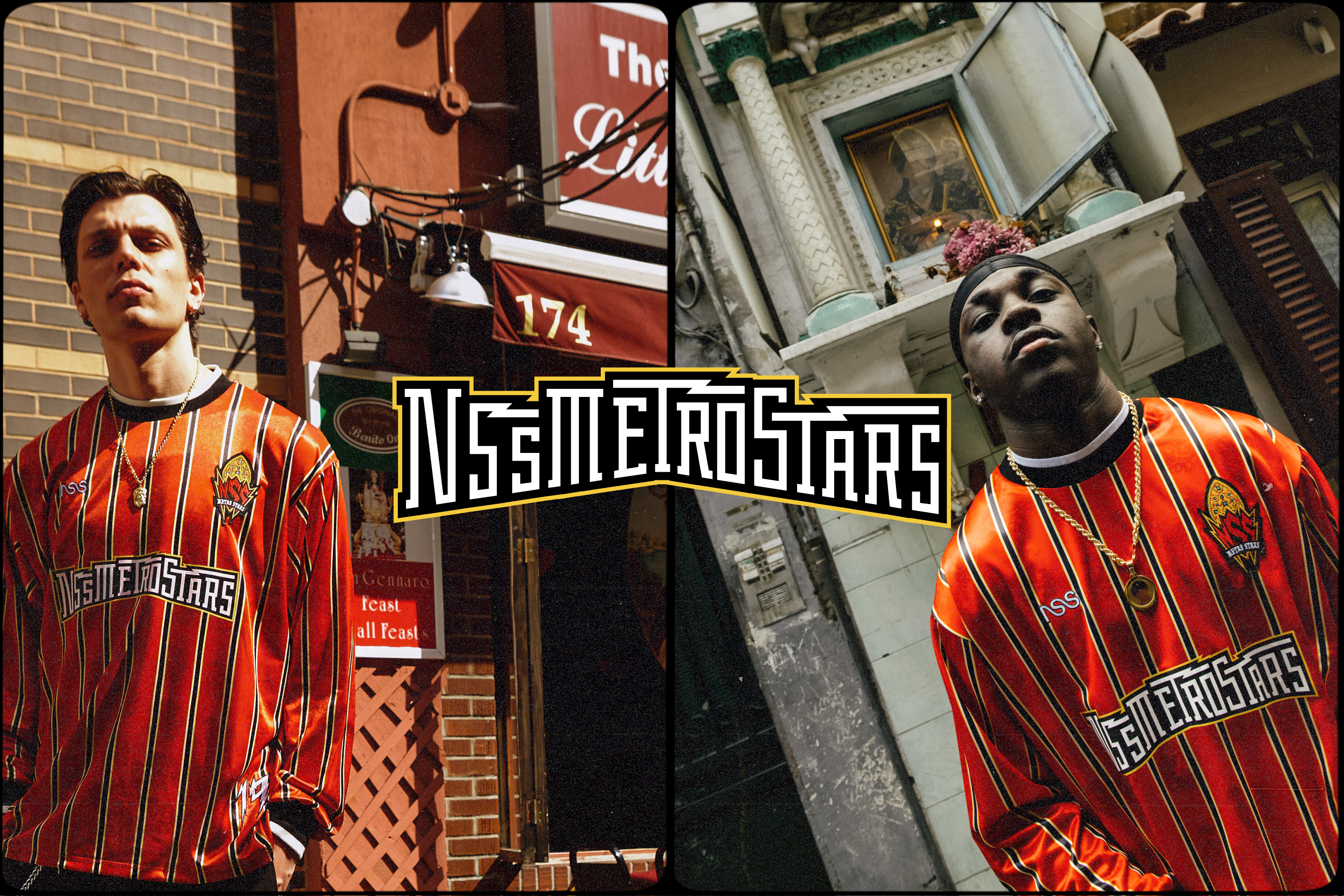 nss ‘Metrostars’ is the latest project from Italian lifestyle magazine NSS, a campaign that celebrates the football jersey as a true fashion item.

The campaign features a new jersey takes inspiration from New York’s Metrostars aesthetics that blends together New York touch and feel with Naples’ soul. The two cities are united by by San Gennaro: with the Naples’ protective saint celebrated in both cities huge celebrations in his honour every year on September 19th.

San Gennaro references can be found all over the jersey. The crest receives a modern reworking, with the yellow hat of the saint amplified and a number 19 placed on the bottom of the shirt. The colours of the jersey match the original version, enriched with an all over pattern of an apple as an homage to ‘the city that never sleeps’.

Another huge passion the two cities share is, Pizza, of course, with the Metrostars jerseys packaged in a specially created pizza box, customized with vintage MLS references as a symbolic link between both places.

The project is supported by two editorial lookbooks which tell the story behind the link between the two cities – in New York, Daniele Paudice is a neapolitan who landed in New York City wile in Naples, J Lord is a young guy who grew up on east coast rap, but absorbed in Neapolitan tradition and love. As Naples was the inspiration for this jersey, nss wanted to give something back to the city. Together with Vincenzo Capuano and Tabita Onlus, it was able to deliver 50 pizzas to Neapolitan clochard, offering them a hot meal and a sign of hope.

nss Metrostars is the first football product to be featured as one of StockX’s DropX collaborations, with DropX offering innovative brands and creators the opportunity to release exclusive products directly to StockX’s global audience.

Get a closer look at both New York and Naples editorial lookbooks below, and cop the limited-edition ‘Metrostars’ release exclusively via StockX now. 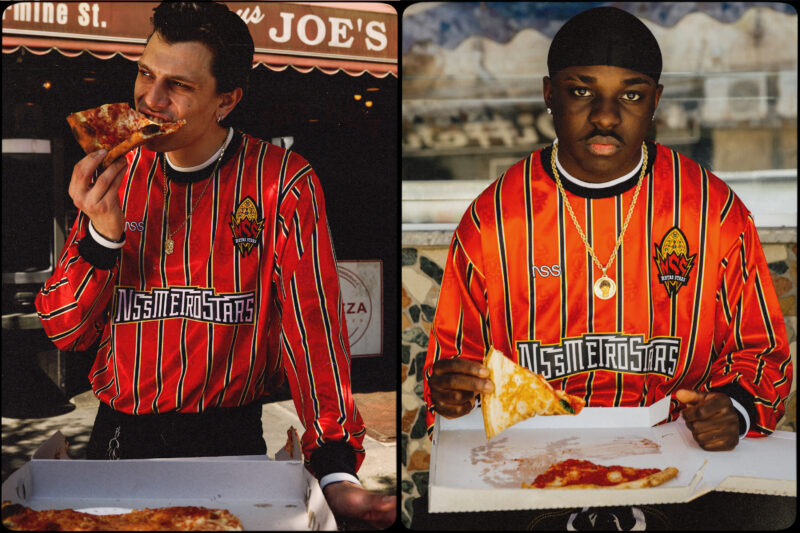 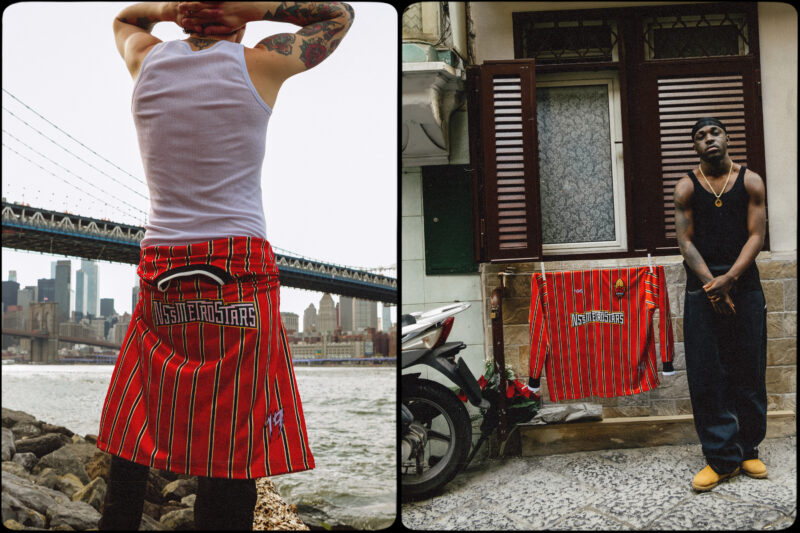 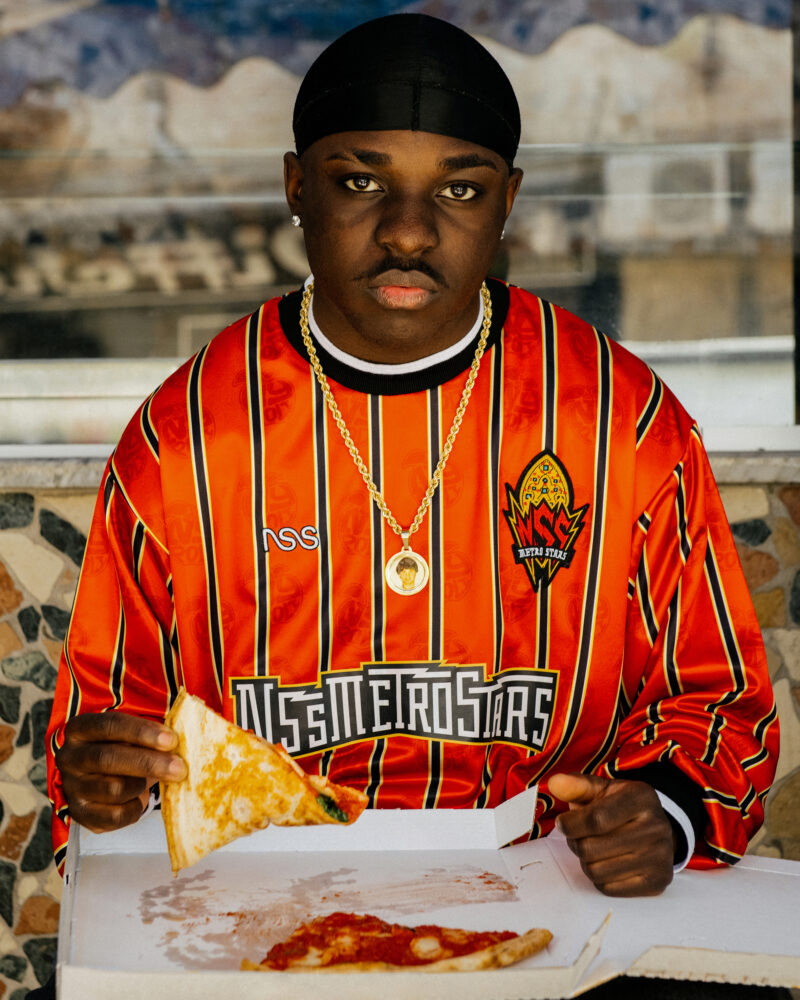 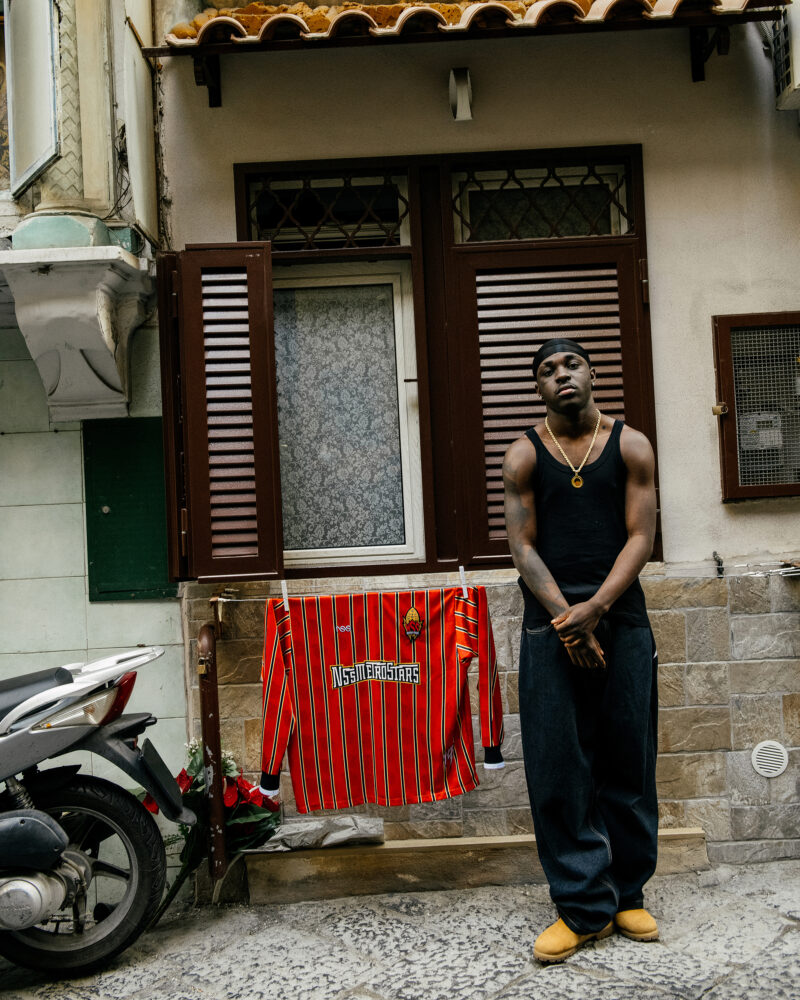 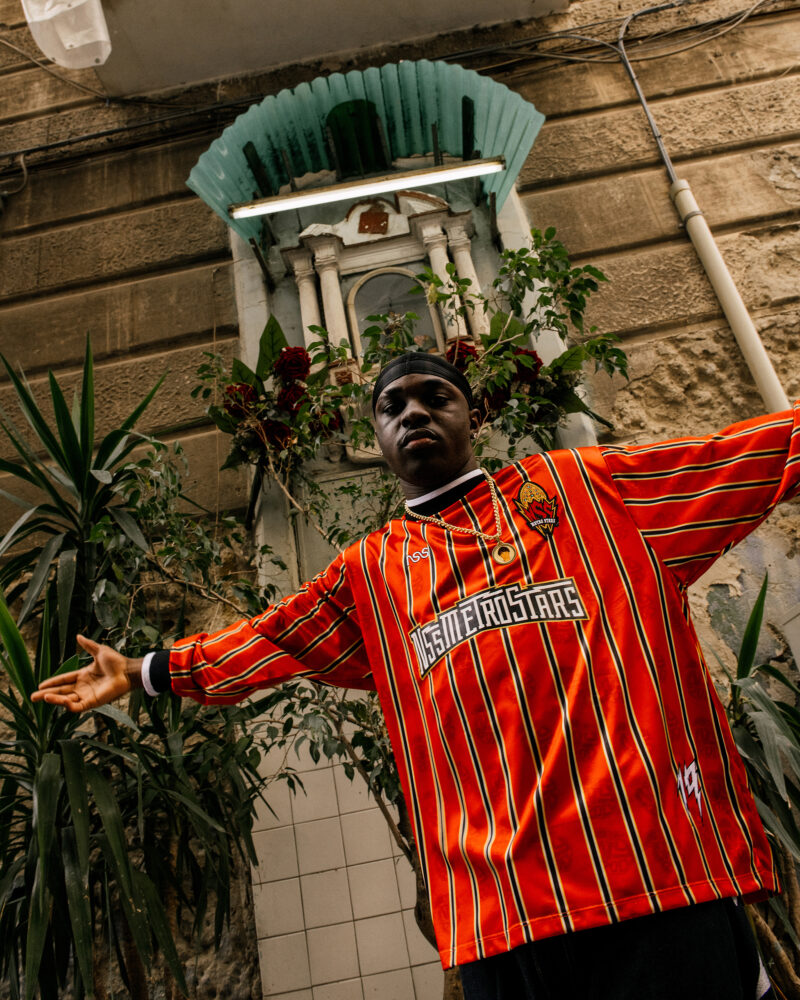 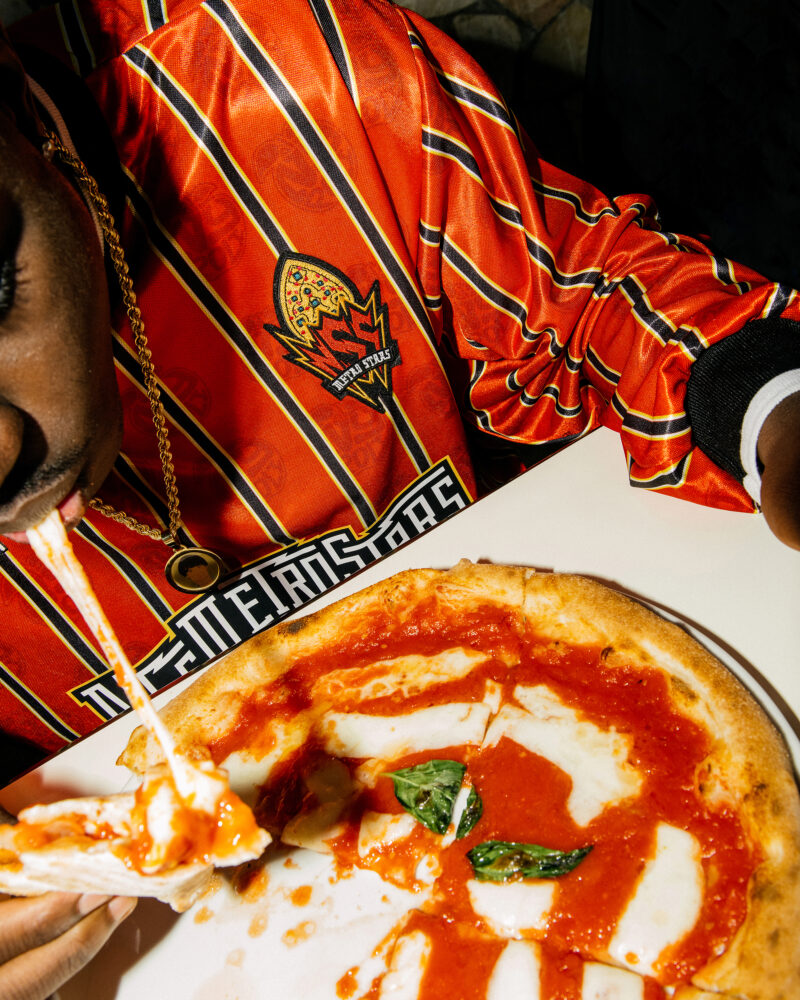 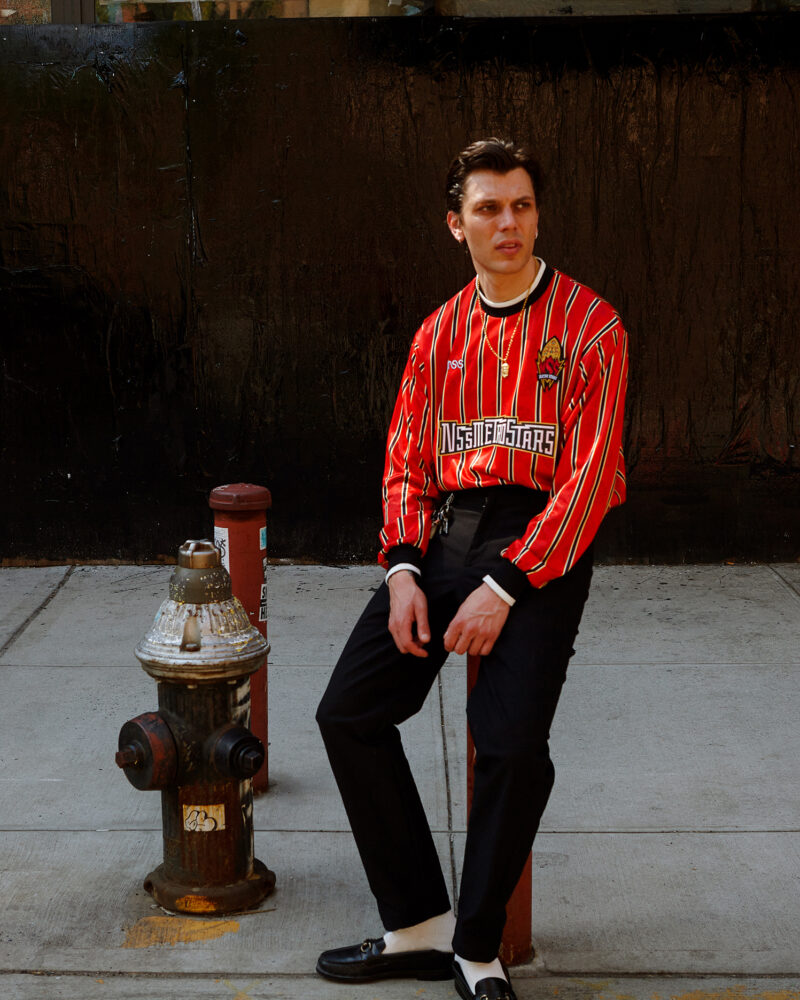 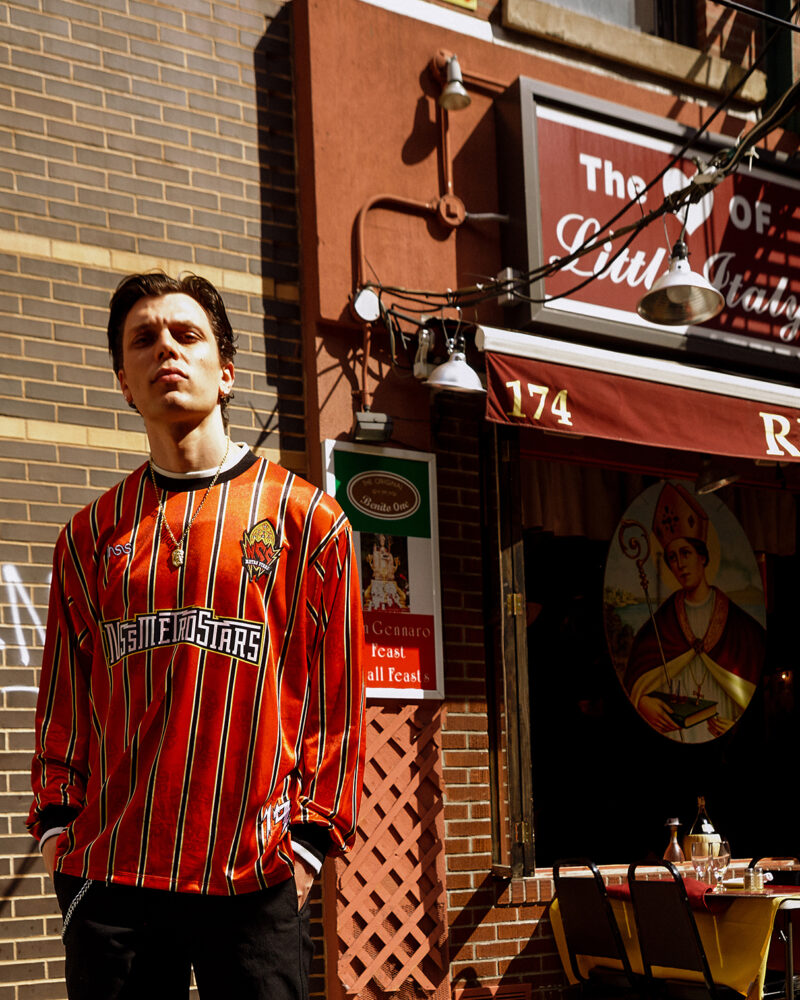 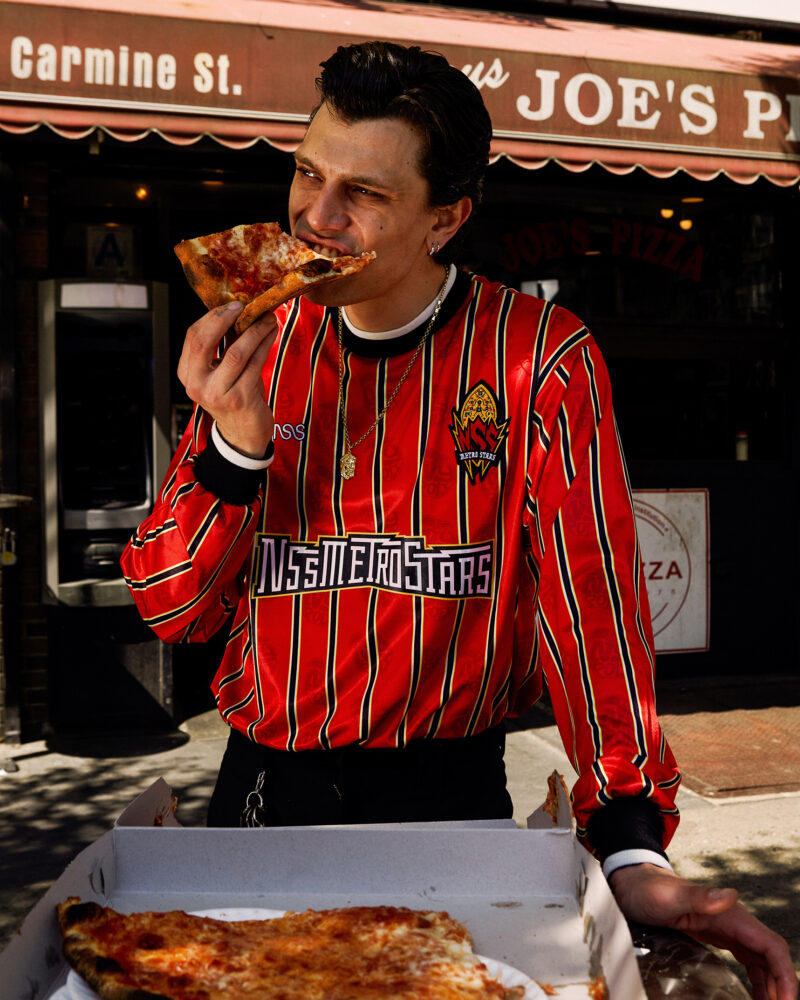 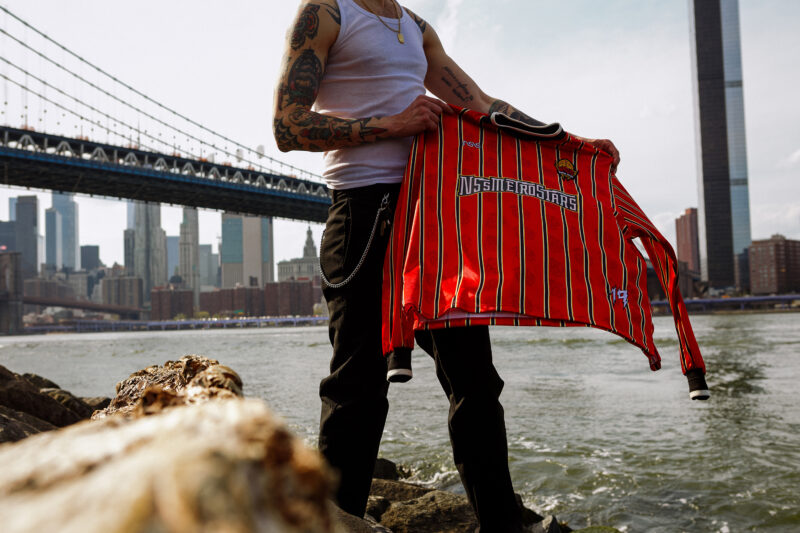