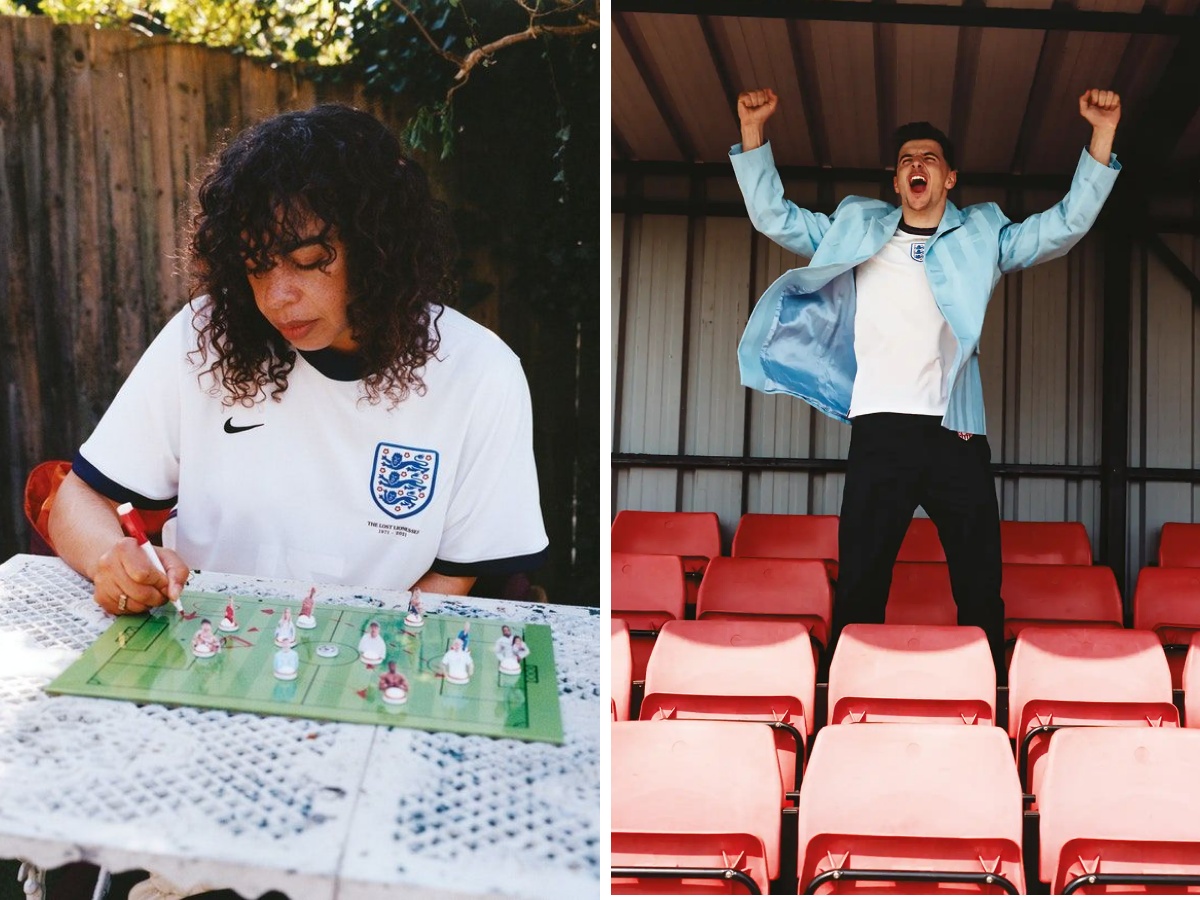 Images via The Face

Martine Rose is reinventing the England shirt this summer, with her own unique take on the legendary Three Lions’ jersey paying homage to “The Lost Lionesses” of 1971.

The new supporter’s shirt, created in collaboration with Nike, is dedicated to the women’s team that played at the unofficial women’s World Cup in Mexico in 1971, an event that helped prompt the FA to overturn a 50-year ban on women’s football in the UK (Rose’s crest is a reinterpretation of the one the team wore).

Two members of the team, in Janice Emms and Chris Lockwood feature on the cover of the Face alongside Chelsea’s Mason Mount and Arsenal’s Leah Williamson, with Martine Rose and Mount both wearing the England supporter’s shirt in the cover editorial.

Speaking in her cover story interview, Rose explained that the stories around football helped inform her design process for the jersey: “The cultural impact of football is always my angle,” she explains, “The story of the Lionesses is a political story,” she says. “It’s political that they were banned. It’s political that there is such inequality between men and women’s football. It feels like something we need to discuss and that’s a political issue, surely.”

The North London-based designer cited Robbie Fowler’s iconic 1997 “doCKers” shirt in support of sacked Liverpool dockworkers, and the reversed shirts of Megan Rapinoe and her US teammates in 2020 to protest about the gender pay gap between sportsmen and sportswomen as influence behind her “politically-driven” collaborative design.

Continuing to explain the significance of re-working the England shirt with Nike, Rose explained: “If we saw people with football shirts on as kids, we were told to cross the road. Absolutely avoid them because there was something threatening you, unpredictable. The 80s was a time of really terrible football violence. But in 1989 it had shifted and I remember … seeing people that we had been told to avoid at all costs dancing in a field, putting their arms around anyone.

I like when things are recognisable, or have a sense of familiarity about them, but you’re looking at it through a funhouse mirror or something. So it’s always starting with what it actually is, the actual thing, and then subverting it.

That’s the thing when you’re working with something as iconic, well-known, huge and epic as an England shirt: it’s the rules. It’s fun to push against those rules.”

Get a closer look at Martine Rose’s “The Lost Lionesses” England jersey below and read The Face’s full interview with Martine Rose here. 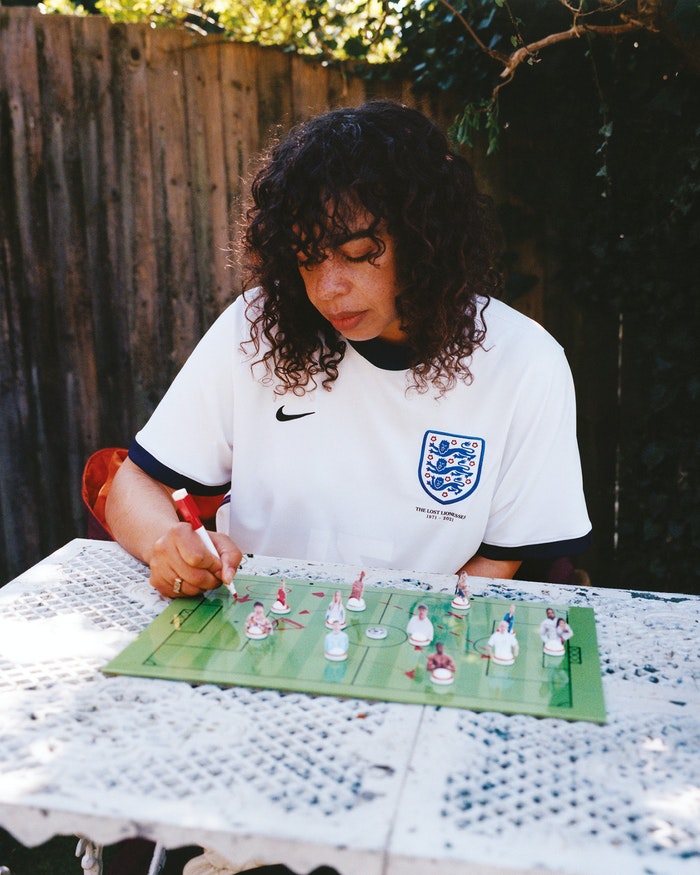 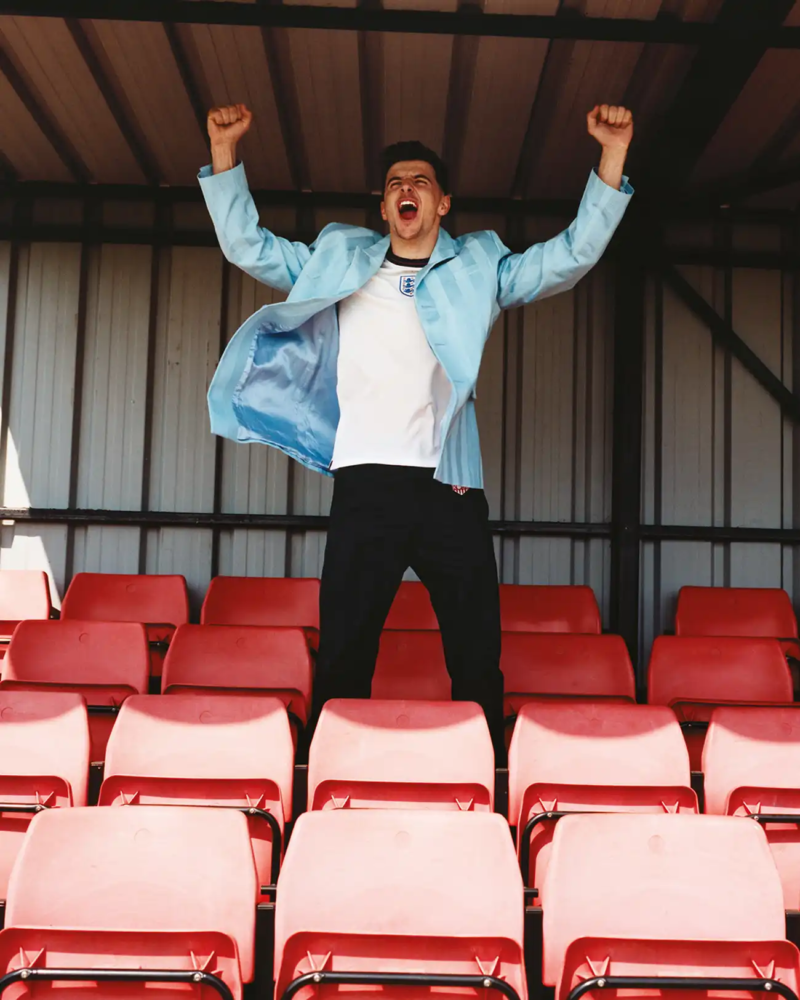