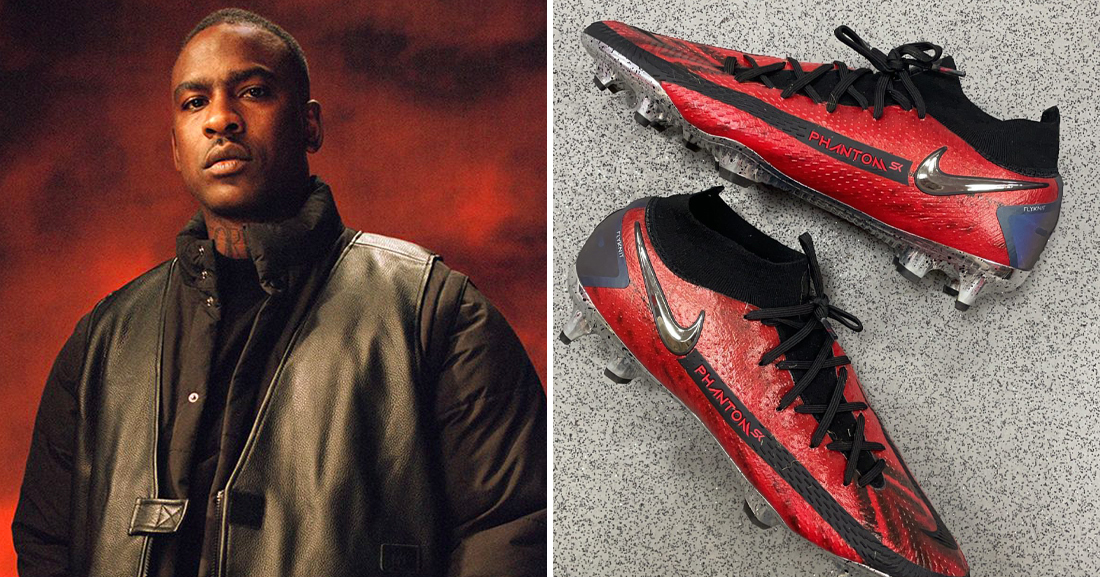 Mason Greenwood just took to Instagram to tease the release of Skepta’s first ever ‘SK Air’ football boot in collaboration with Nike.

Since first linking up with the Swoosh back in 2017, Skepta’s signature sneakers have been some of the most in-demand and influential drops year-on-year, and it looks like his next Sk Air – a red, black and chrome Tailwind V – will come complete with a complementary Phantom GT.

The Phantom GT ‘SK’ will drop with an all-over sublimated red butterfly wing print on the upper, an iridescent heel plate, and a chrome Swoosh on the instep. 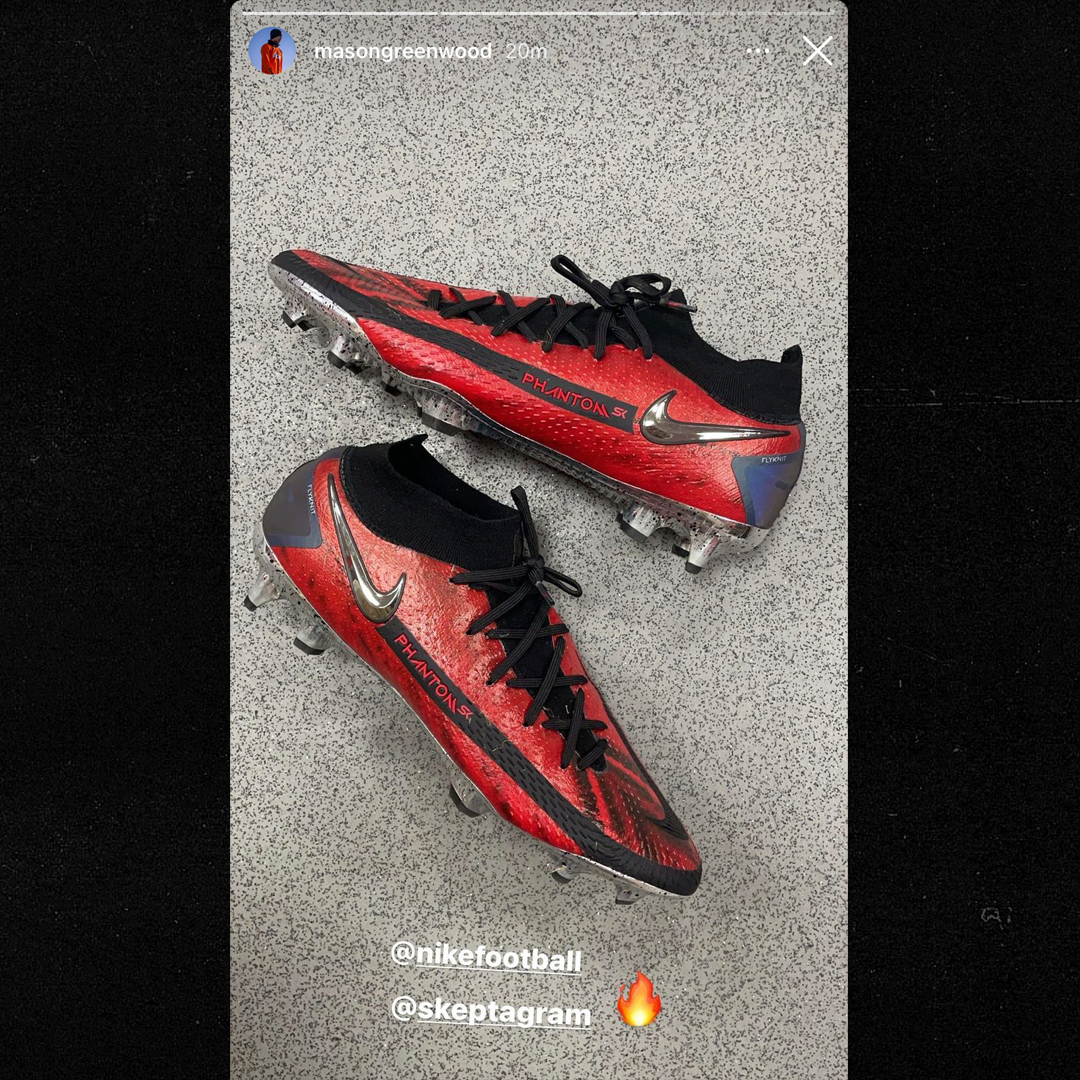 Tagging Skepta on his Instagram story alongside a first look at the boots, Greenwood’s reveal comes just weeks after the young Man United hitter was shot wearing them in training earlier this month, leading to speculation that one of the Premier League’s best young talents will link up with Skepta to debut the boot on-pitch in the coming weeks.

It’s not the first time Skepta has expressed his love of the beautiful game via Nike and feels like a natural evolution for the SK Air brand. After playing an invitational tournament to celebrate Virgil Abloh’s Nike Football collection in 2018, Tottenham’s finest travelled to Paris and personally gifted Kylian Mbappé with his own pair of the SK Air Max Deluxe later that year.