'Team Talks' is a new content series that gives a platform to some of the most important and influential football communities in the game to tell their stories in their own words. As members of the adidas Football Collective, each group is doing its part to make football a more tolerant and inclusive space for everyone. This time out, Aneesha Dewshi of Romance FC writes about how her football club wants to ensure that young girls, women and non-binary folk always have somewhere to play football.

Being a woman often means you’re likely to be treated differently from your male counterparts. As a South Asian woman, the odds are even higher. I have lived that experience my whole life. Sexism and prejudice hits even harder when it happens within a space that you’ve loved your entire life. For me, that’s football.

I have loved and played the game for as long as I can remember. Growing up, I first started playing with a group of boys who I used to get picked up from school with. Our parents would always be late so we would burn time playing football between parked cars. The more I played, the more I wanted to learn, so I started watching games with my dad. He really loved the game. No favourite team, just loved to watch it and appreciate it. But I wasn’t the same! I had to have a team. I fell in love with Manchester United. They were winning all the time and had an amazing player in Eric Cantona who had me spellbound. My favourite player of all-time. He had a technique and swagger that made everything seem special. 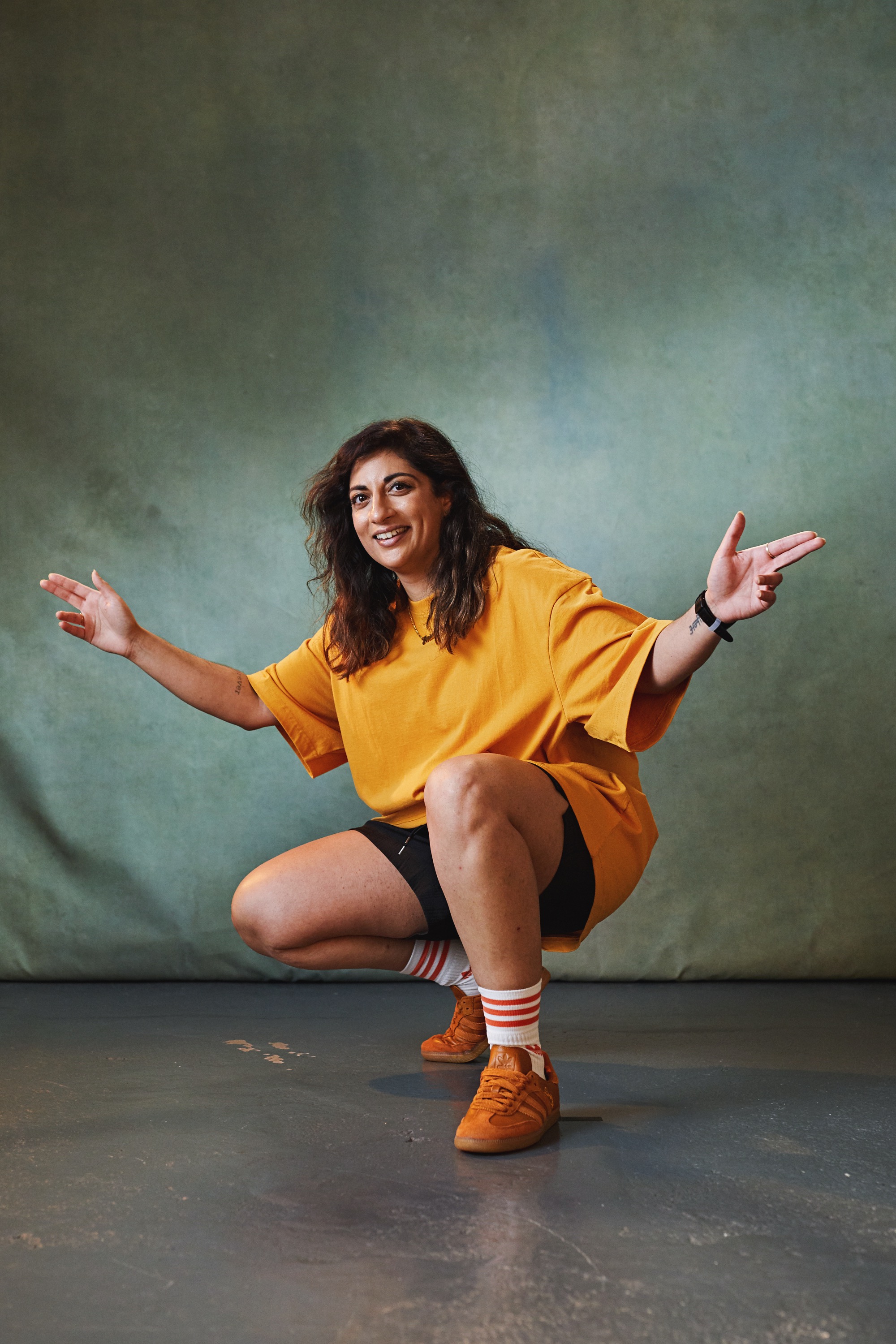 As I got older, something strange started to happen. My love for the game remained but my access as a player started to disappear. By secondary school, I hardly played. There was a women’s team when I was a bit older but it fizzled out, it never had the facilities or attention the men’s team had.

I grew up at a time when women’s football wasn’t taken seriously enough, and that means I had a massive gap in playing until I found Romance FC. The sad truth is, so many women my age will have faced the same situation. Like me, they would have most likely started playing football with boys and it felt normal – but as they got older, they could no longer play with boys and their experience was marginalised. Romance FC presents an opportunity for those who just want to enjoy grassroots football and feel part of a real team.

I’m extremely fortunate to have found an amazing football family and have space to play the game again, but the difference between men and women in the sport still exists. I’ve played in tournaments that have tried to integrate women through mixed teams but it felt like a tokenistic act. I’ve witnessed the treatment between men and women playing football and how the game is talked about by fans. I’ve seen women’s teams at the highest levels of the game still treated with negligence in comparison to their men’s equivalent. All in all, these events expose the lack of women in influential roles within football and the game’s governance.

I feel that if women were involved in some of the big decisions around football, we wouldn’t see this level of inequality. That’s why Romance FC is so important.

We are more than a team. As a collective, we’ve organised five tournaments that aimed to show young girls, women and non-binary folk there is a place for them to play outside of the professional game. Alongside these tournaments, we’ve created codes of conduct about how women should be treated within football following our personal experiences in the game. 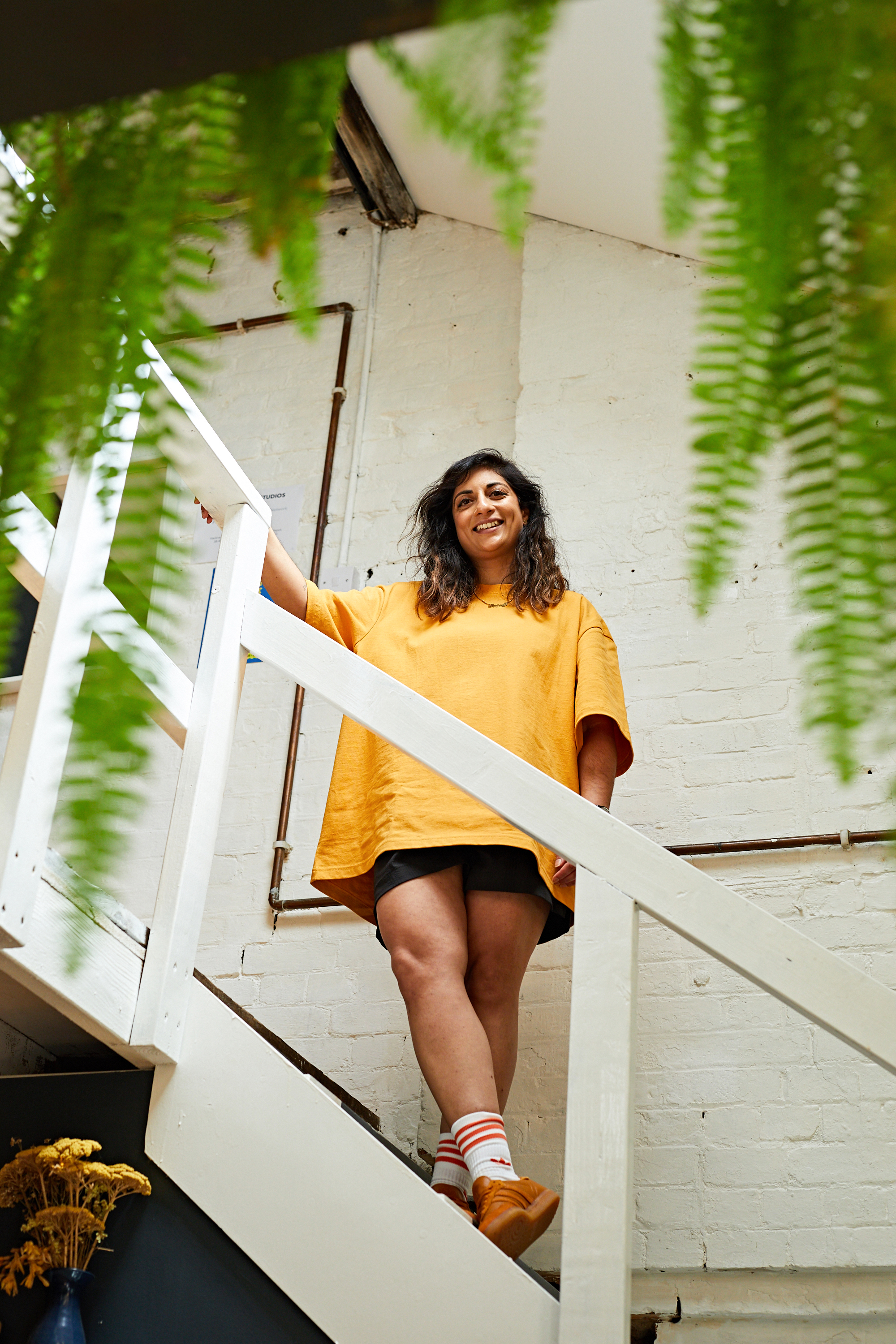 Strides have been made in football, that has to be said. But I still feel conflict between my love for the game and the negatives that can surround it. When you look at football in 2021, hate is so prevalent. Until mainstream sports addresses issues around racism, sexism and homophobia, safe spaces like Romance FC and other collectives are so important. We allow people to be their true selves and not feel like they’re being suppressed.

I love everything about women’s football, but I still have a soft spot for the passion and energy of the men’s game. The issue with that is, I still wouldn’t feel totally safe in a stadium – so I prefer to watch games with my friends in a pub. I’ve experienced the weird questions about whether I actually know what I’m watching, but I also get the looks as if to say “what do you know about football?”

The prejudice around South Asians and football is something that’s been talked about for a long time. Less than 0.2% of British footballers are South Asian in the men’s game but 9.7% of people who play football in the UK recreationally are South Asian, so it shows that there is real interest. A lack of role models in the game makes it harder for people to get involved and this is compounded when you have former leaders of the game saying people from South Asian backgrounds would rather work in IT than play football. If someone who has a say in the direction of football can have such a view, what hope does the game have?

That’s why the future of the game is so important. Football needs to make sure that marginalised groups have a greater say in the game, much like what happens at a grassroots level with Romance FC. Within my community, I have the ability to say how I feel and what I would like to see changed. I know football has the ability to be influential and would love to see that happen on a bigger scale. 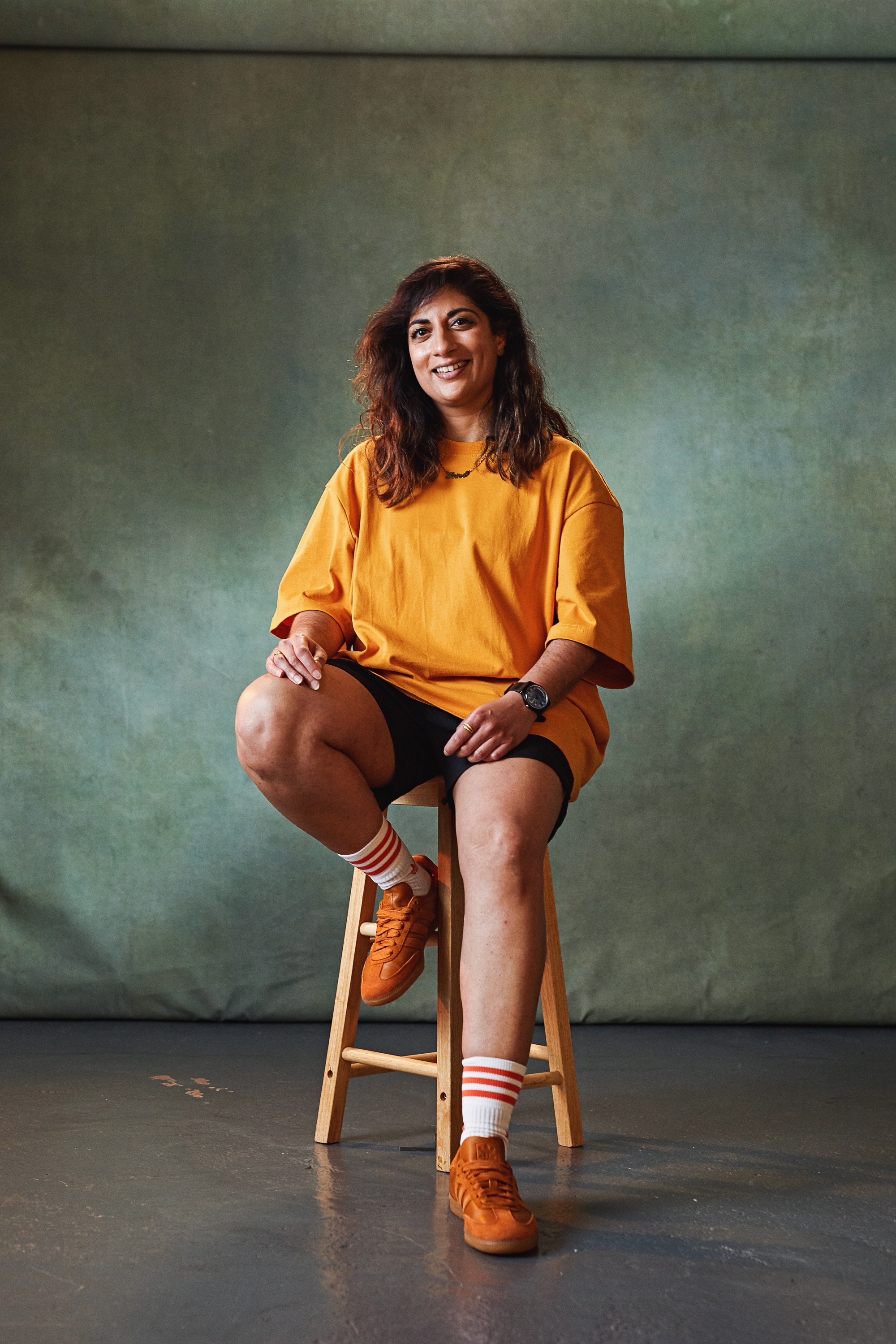 My hope is that the many young girls growing up today don’t have to face what I faced. Whether that is having large gaps in playing due to lack of accessibility, or feeling that their football experiences were second to that of men. I hope that the many South Asian children who love the game no longer feel like it’s not for them.

Romance FC has helped to show that football can galvanise marginalised communities of football fans and players. I want the elite level game to watch and learn.

Romance FC is part of the adidas Football Collective, which is hosting a special inclusive viewing space in London for England vs Czech Republic on June 22.