adidas and Manchester United combine on the club's new home kit for 21/22, and it's an ultra-clean release with high-end detailing inspired by three ideas that have shaped the club's identity in every era: youth, courage, and success.

Those three ideals – which have been part of the club from the Busby Babes in the 50s through to Ole's exciting group of young ballers in 2021 – are represented in a subtle three-pillared stripe pattern engineered into the fabric, with colours inspired by United's glorious red jerseys of the past.

The "Youth, Courage, Success" mantra is also printed on gold neck tape inside the jersey, while the iconic Red Devil logo appears on the back of the jersey for the first time in club history. The shirt also references the famous long-sleeve ringer shirts from the 60s, with thick white collars and cuffs giving the drop a sophisticated signature look.

Unveiled by the leading players from the club's men's and women's team including Marcus Rashford, Paul Pogba and Katie Zelem, the launch imagery includes ballers recreating celebrations from iconic players in the club's history – such as Paul Pogba pointing to the sky like the legendary Dennis Law.

The new jersey – the first to feature United's new shirt sponsor, TeamViewer – is made with PRIMEGREEN, a series of high-performance recycled materials, putting sustainability at the heart of the innovation.

The adidas x Manchester United 21/22 home kit will be worn for the first time on July 18, and it's available now from adidas.com. 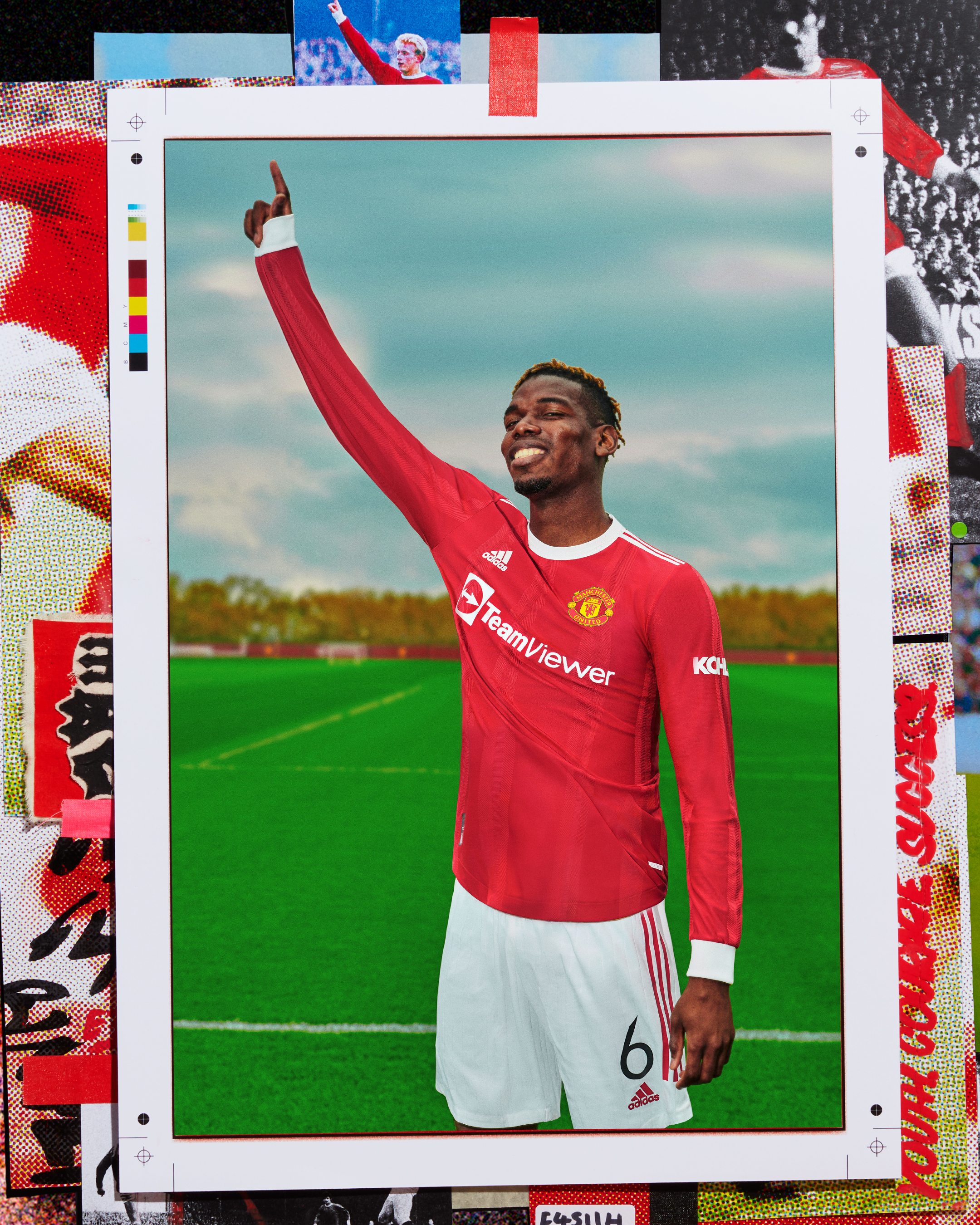 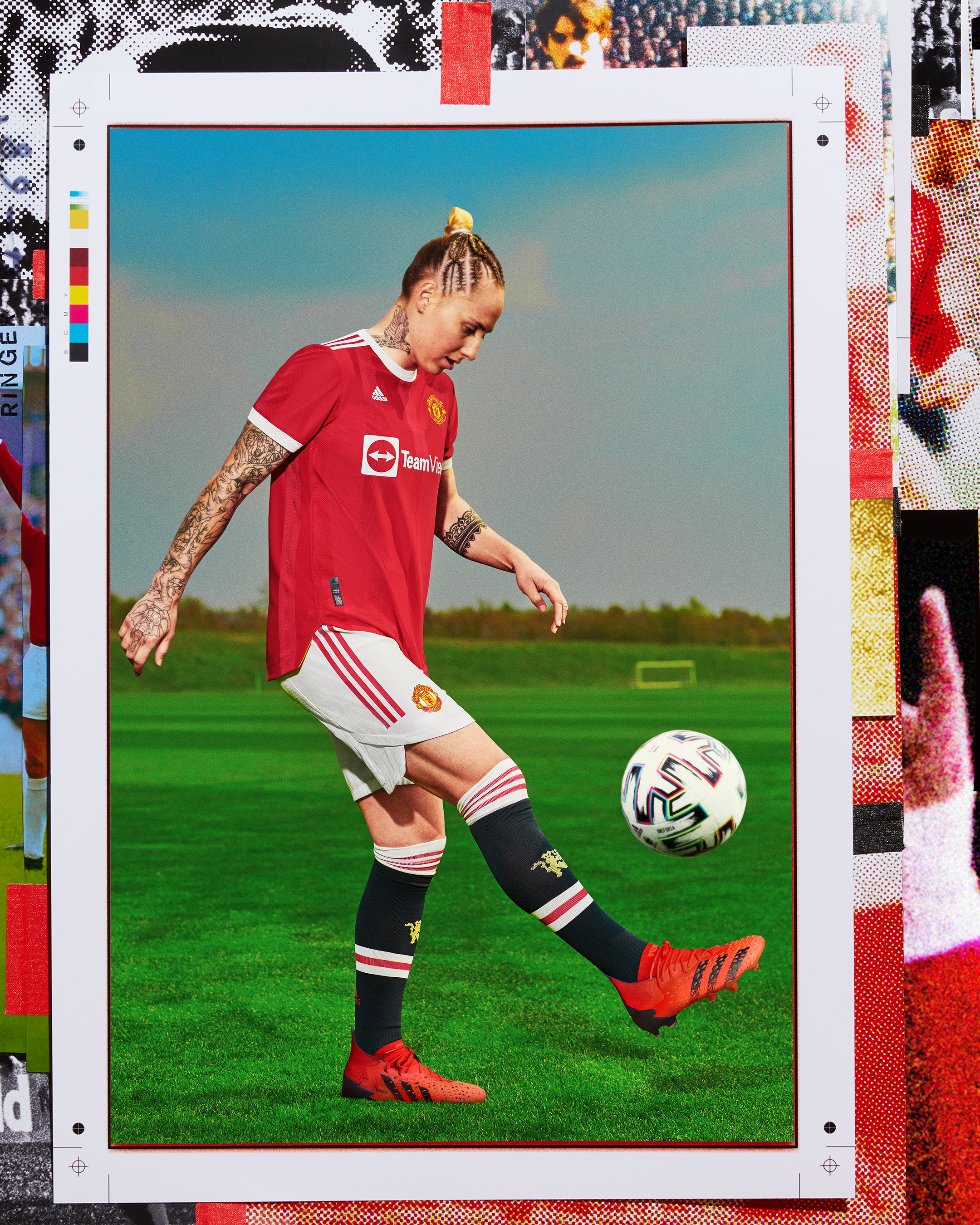 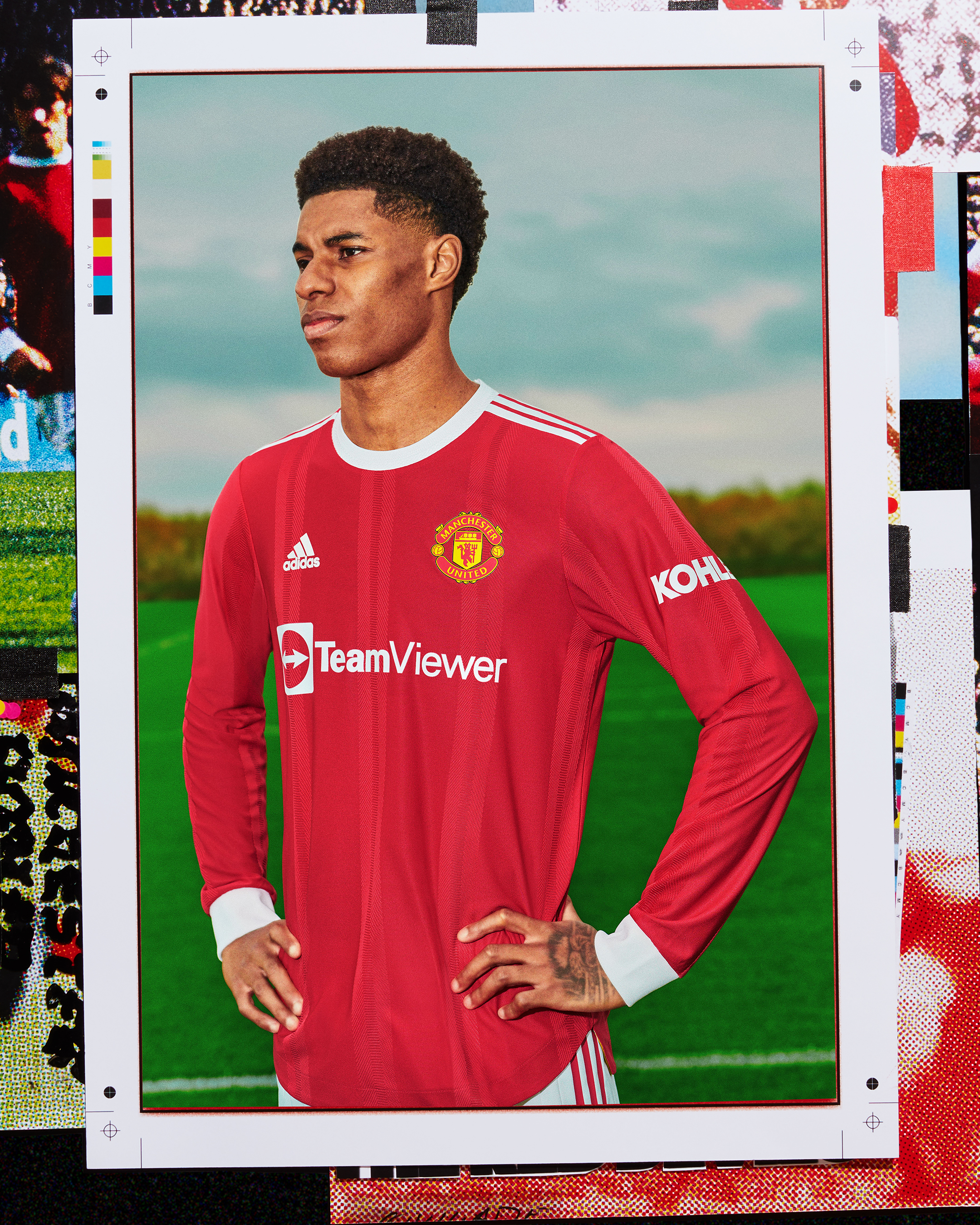 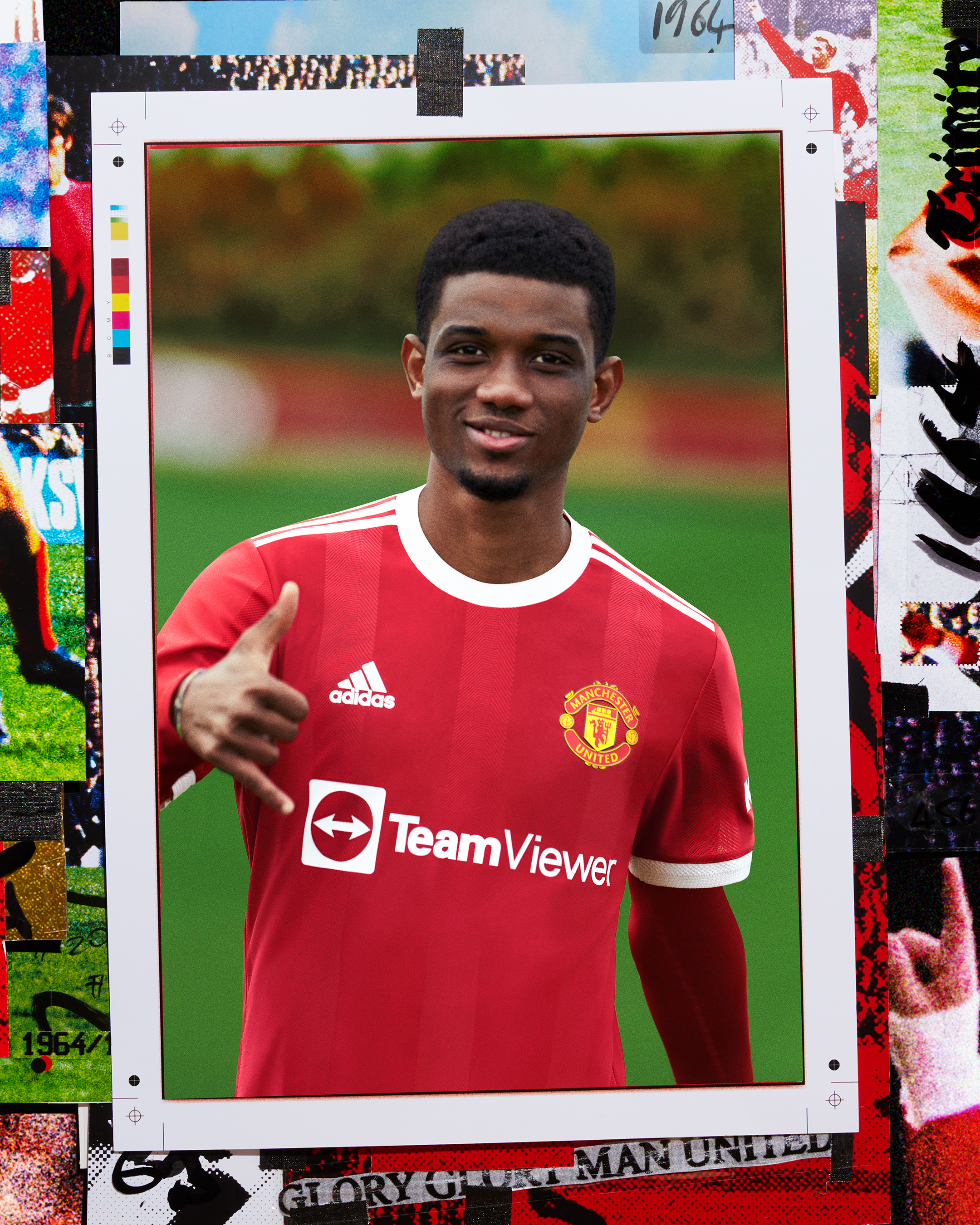 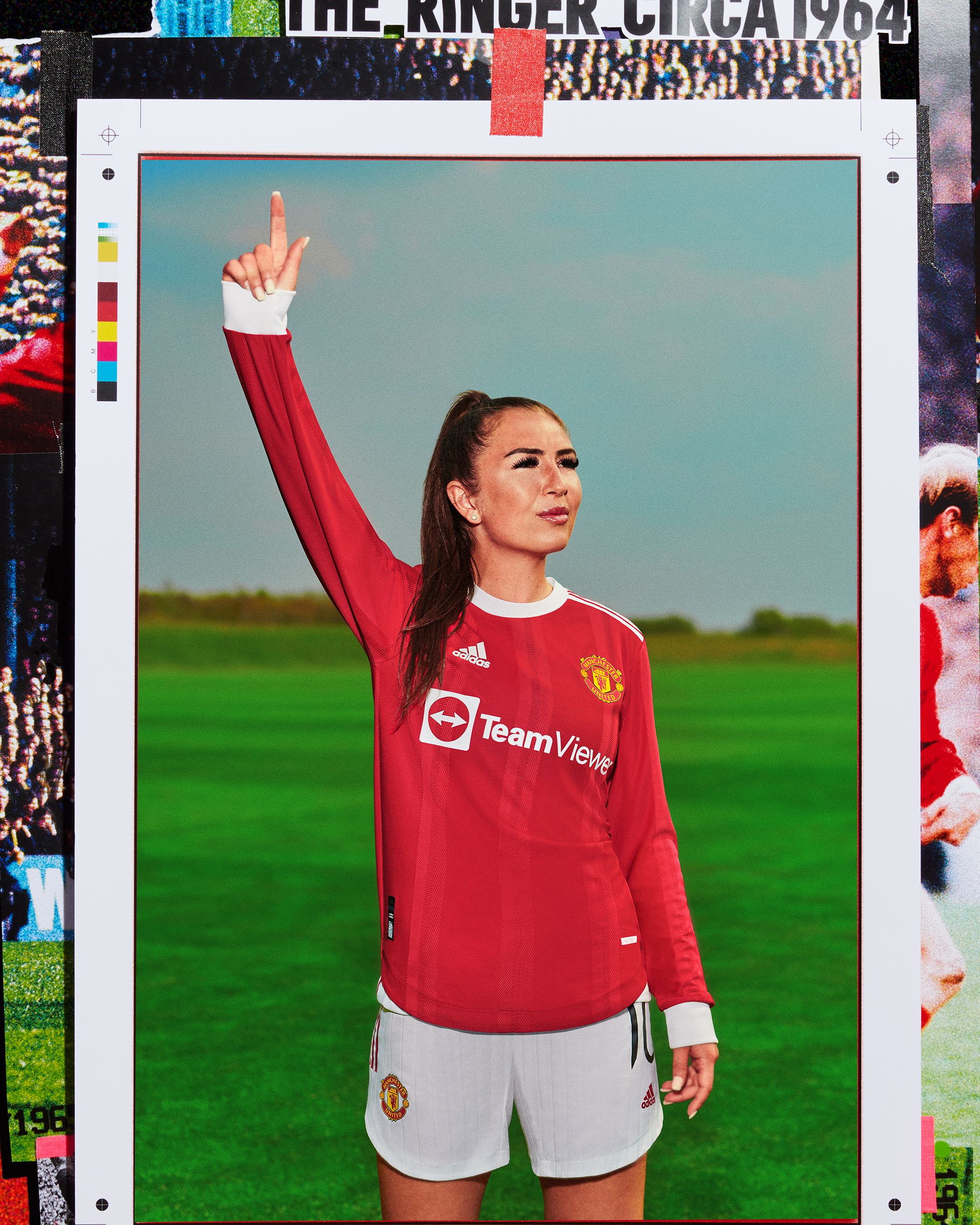 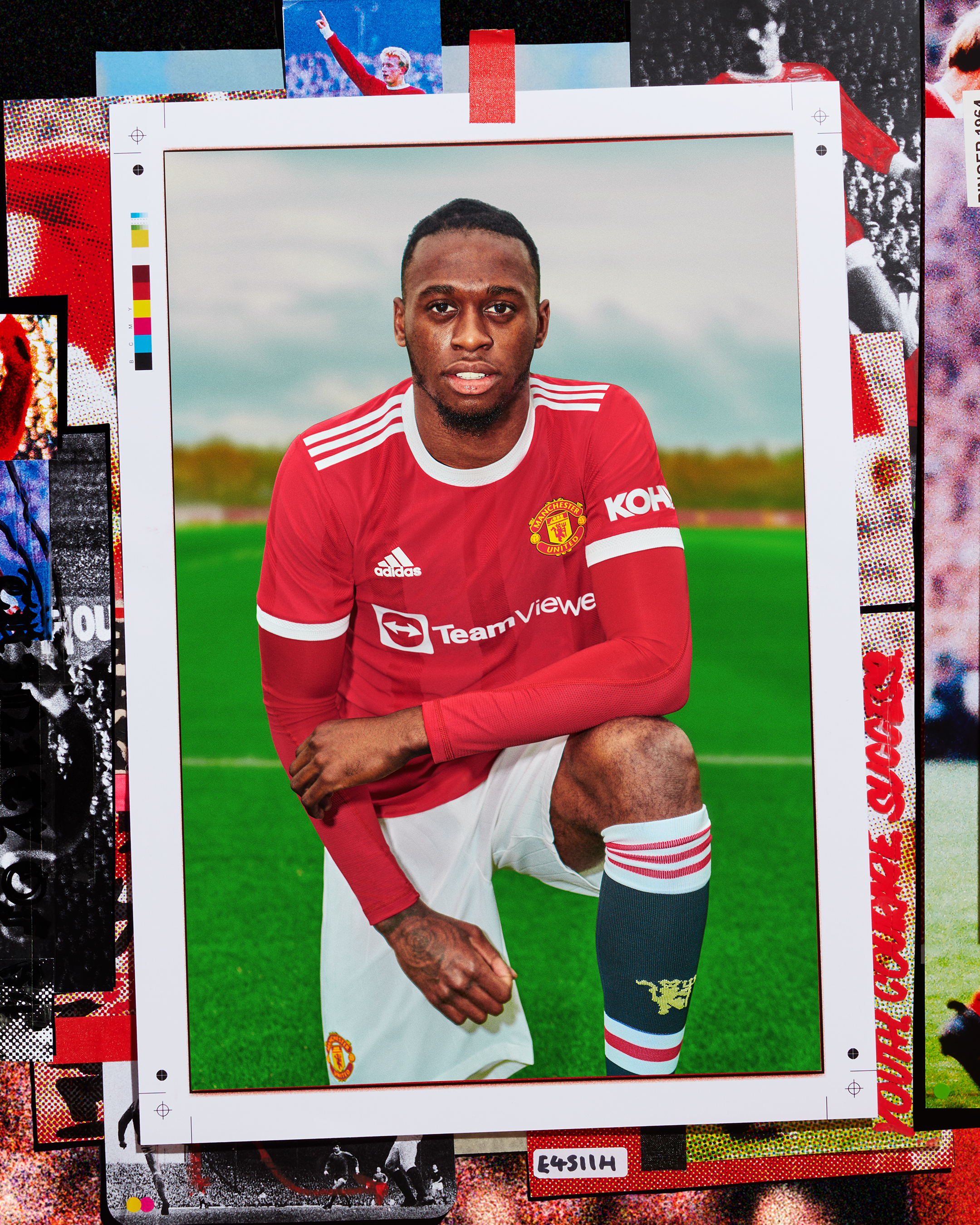 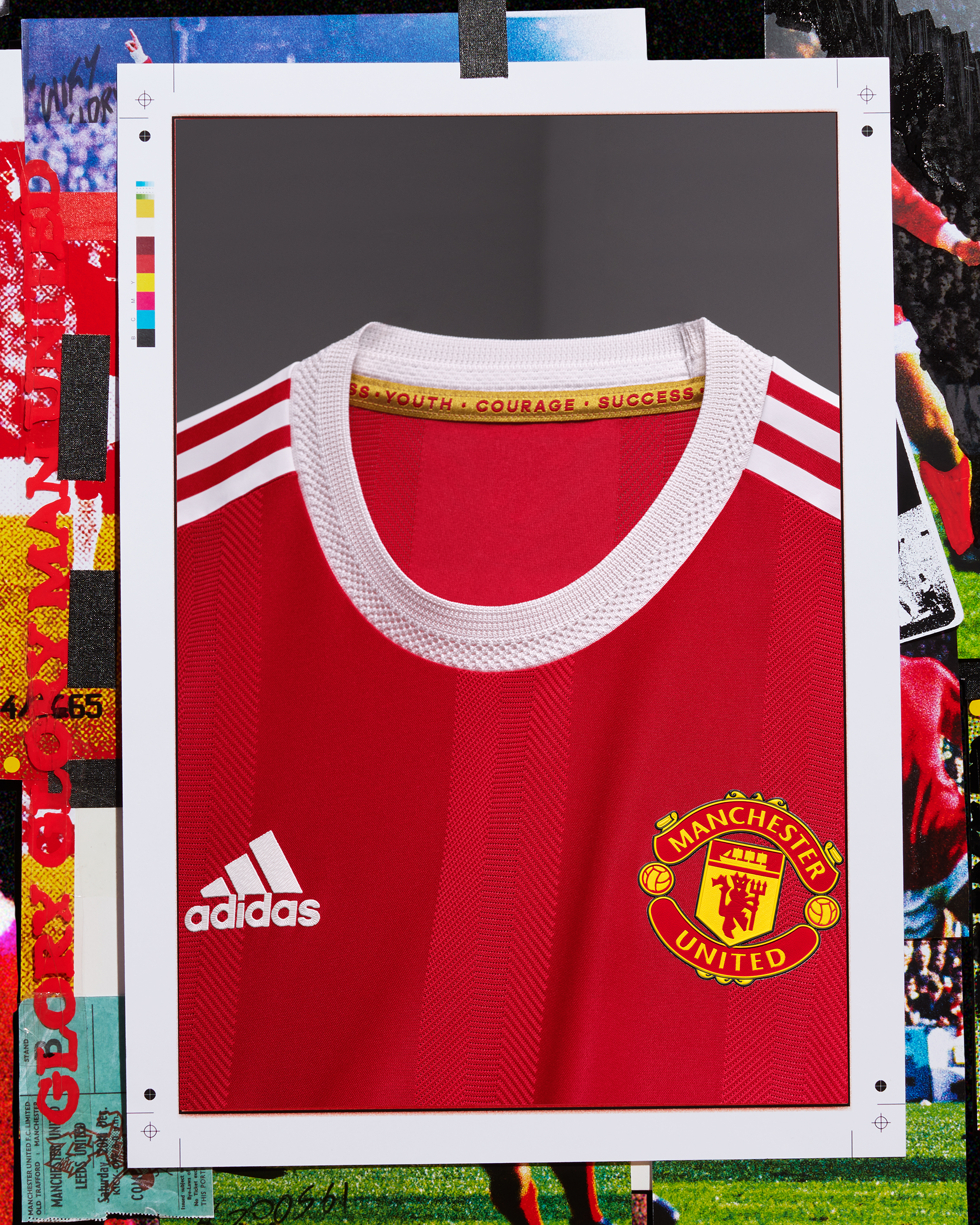 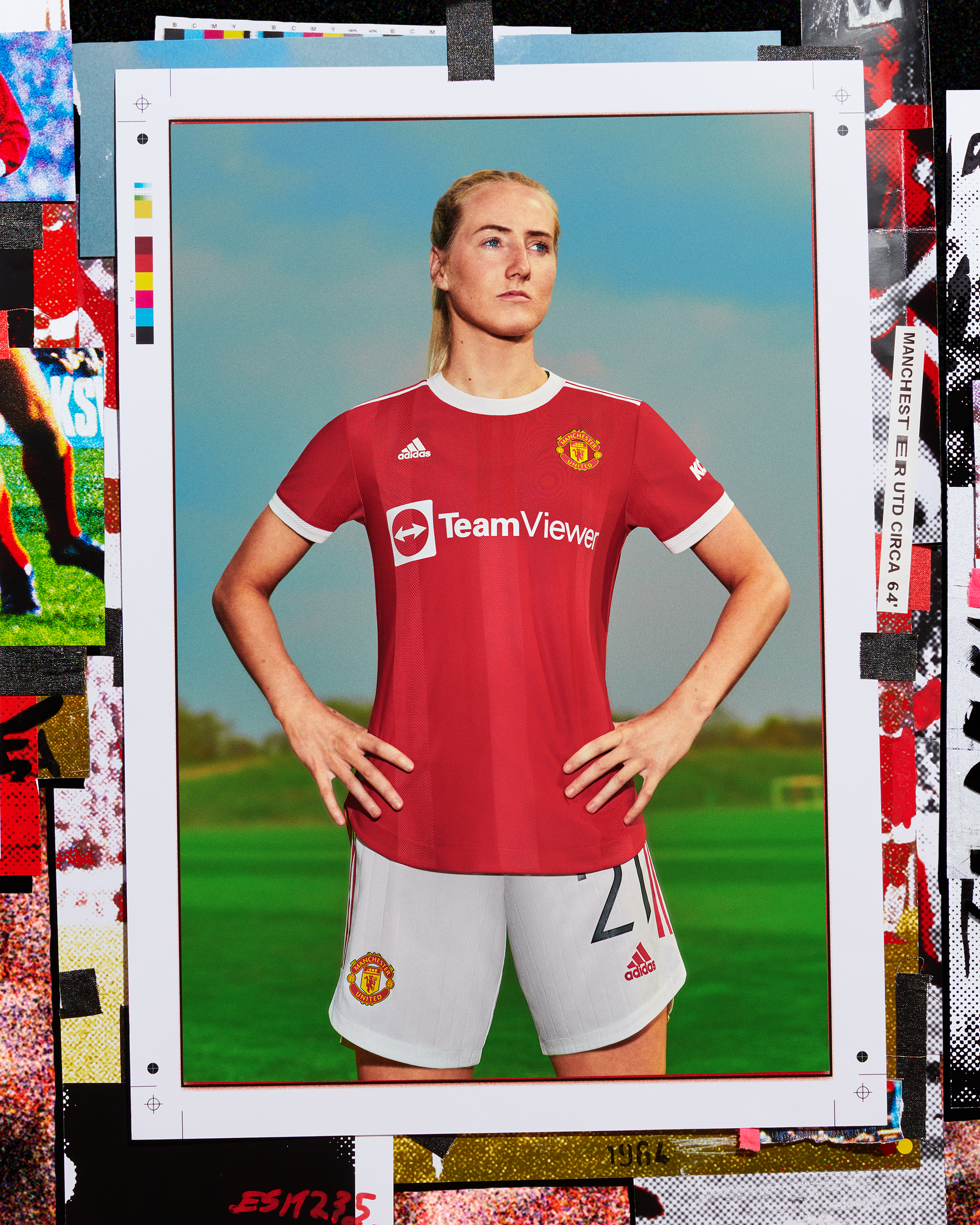 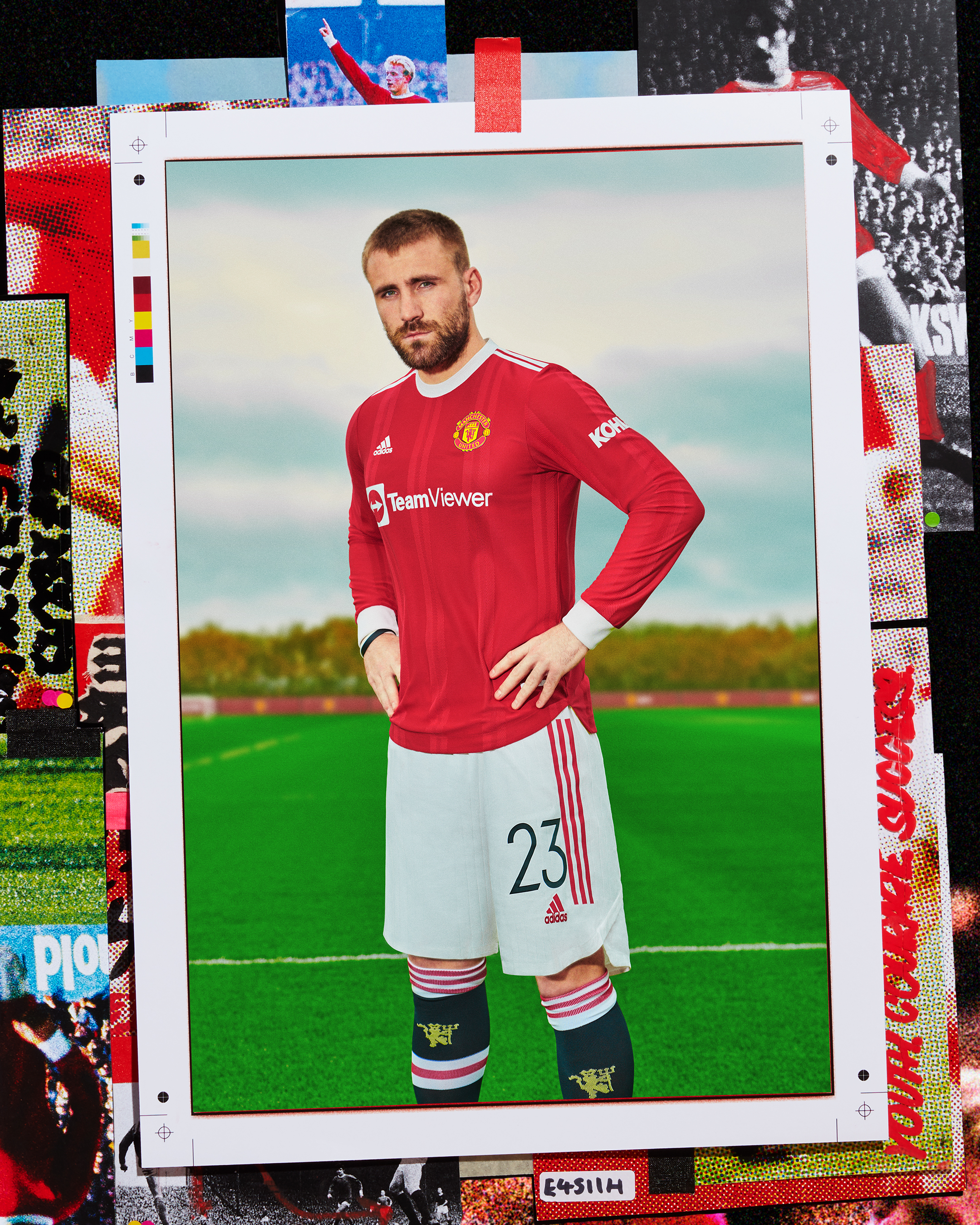