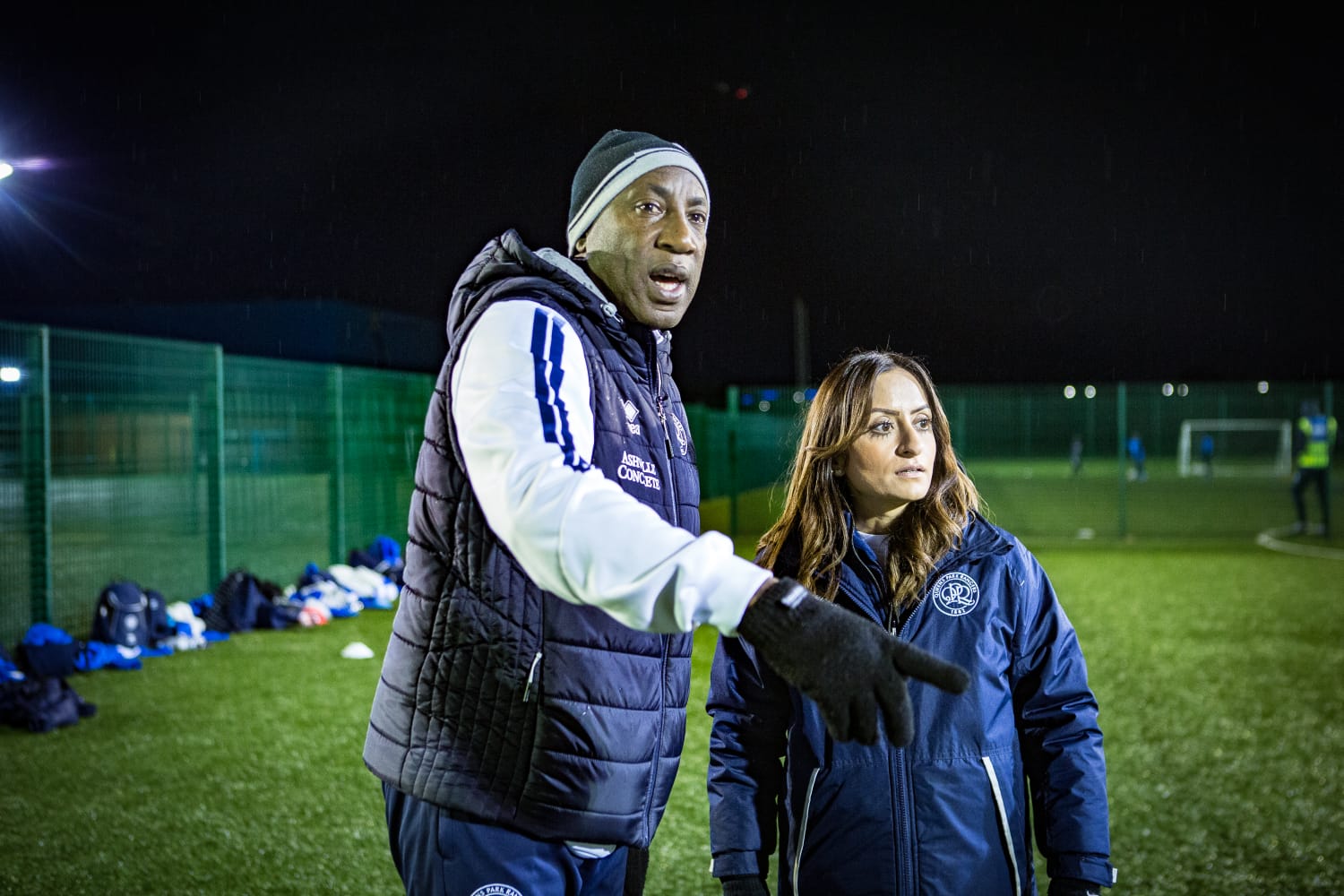 Image via The FA

Manisha Tailor MBE has just been promoted to Assistant Head of Coaching at QPR, making her the first woman and first person of South Asian heritage to hold such a role in the English game.

Manisha has held the role of Lead Foundation Phase Coach at the West London club for the last three years but her new role will see her assist Chris Ramsey, who has helped mentor her in recent times.

Originally motivated by former England star Rachel Yankey to take her coaching badges, this is an achievement that needs to be celebrated and talked about. Representation in the game matters – especially within coaching – and this is a move that the game has needed.

“As a woman – and a South Asian woman in particular – I do think this is extraordinary and it wouldn’t have been possible without the mentoring and guidance I’ve received from Chris,” Tailor said about her new role.

“He gave me the platform to show what I could become. This shows it is possible for people from diverse backgrounds to progress to jobs like these, but you need mentoring, guidance and opportunity.”

Tailor said her job would be to work with the Under-9s to U16s and “help disseminate and enforce” the Academy coaching philosophy laid down by Ramsey.

“Chris sets the programmes, oversees the coach education and is responsible for helping to get our very best Academy players into the first team,” she said. “I’ll be on the grass, with the coaches, reinforcing that.”

Manisha’s dedication and hard work have not only elevated her to a place many thought was not possible, with the move allowing many women and people of South Asian heritage to dream.

Massive congratulations to this game changer and shoutout to QPR for continually pushing for change.