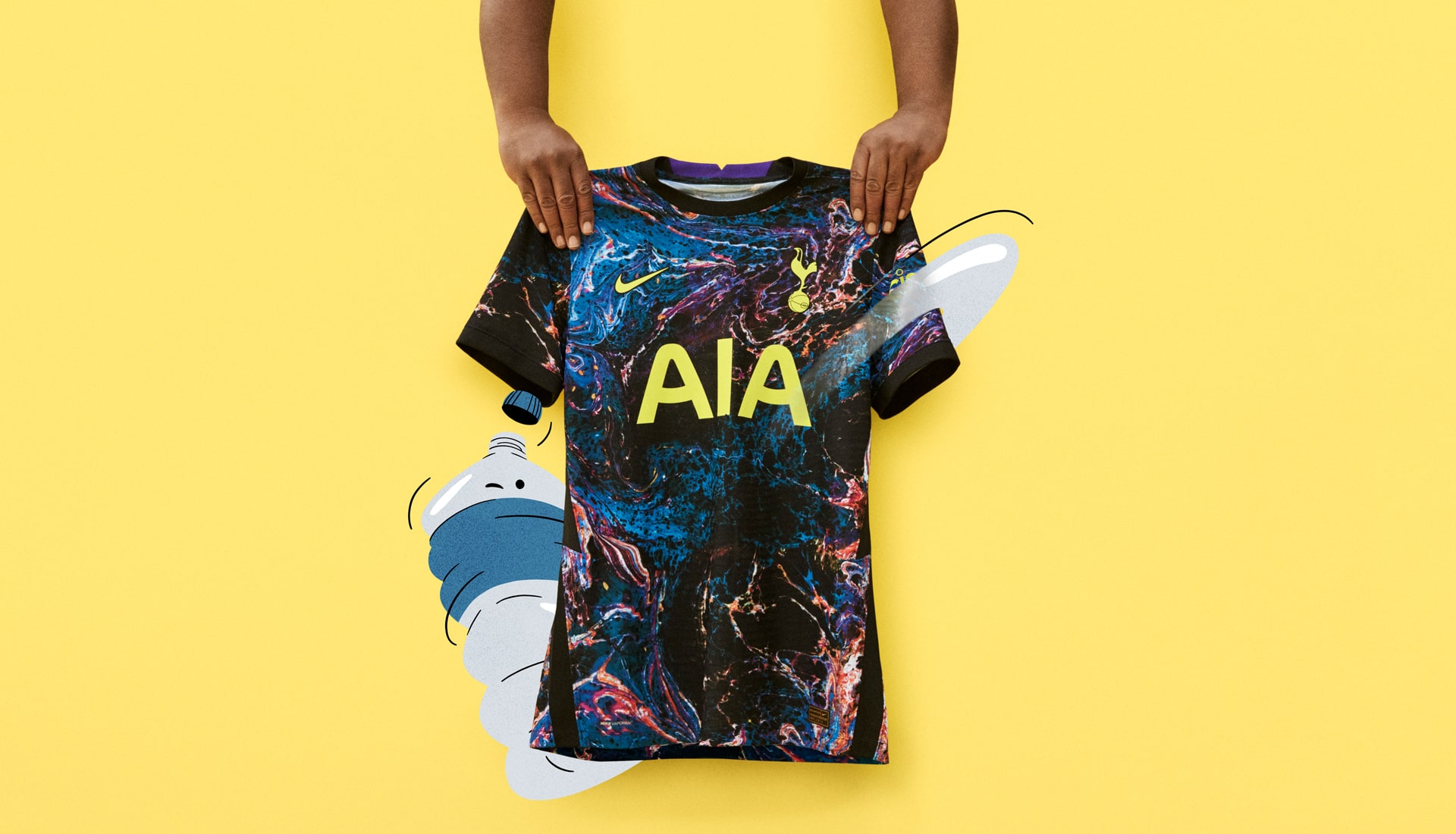 The jersey is covered in an all-over marble-effect print that blends vibrant colours including blue, orange and pink into one single canvas. The expressive print has been designed to represent collective creativity from local minds, with Tottenham now firmly established as home to some of the UK’s most influential creatives.

The jersey’s galactic print is accentuated by blue trim detail and a Venom Green Nike Swoosh, club crest, and sponsor logo. The kit will be worn by Spurs on the road next season and has been constructed with 100 per cent polyester fabric recycle from plastic bottles.

The Nike x Tottenham Hostpur 2021/22 away kit is available now from nike.com. 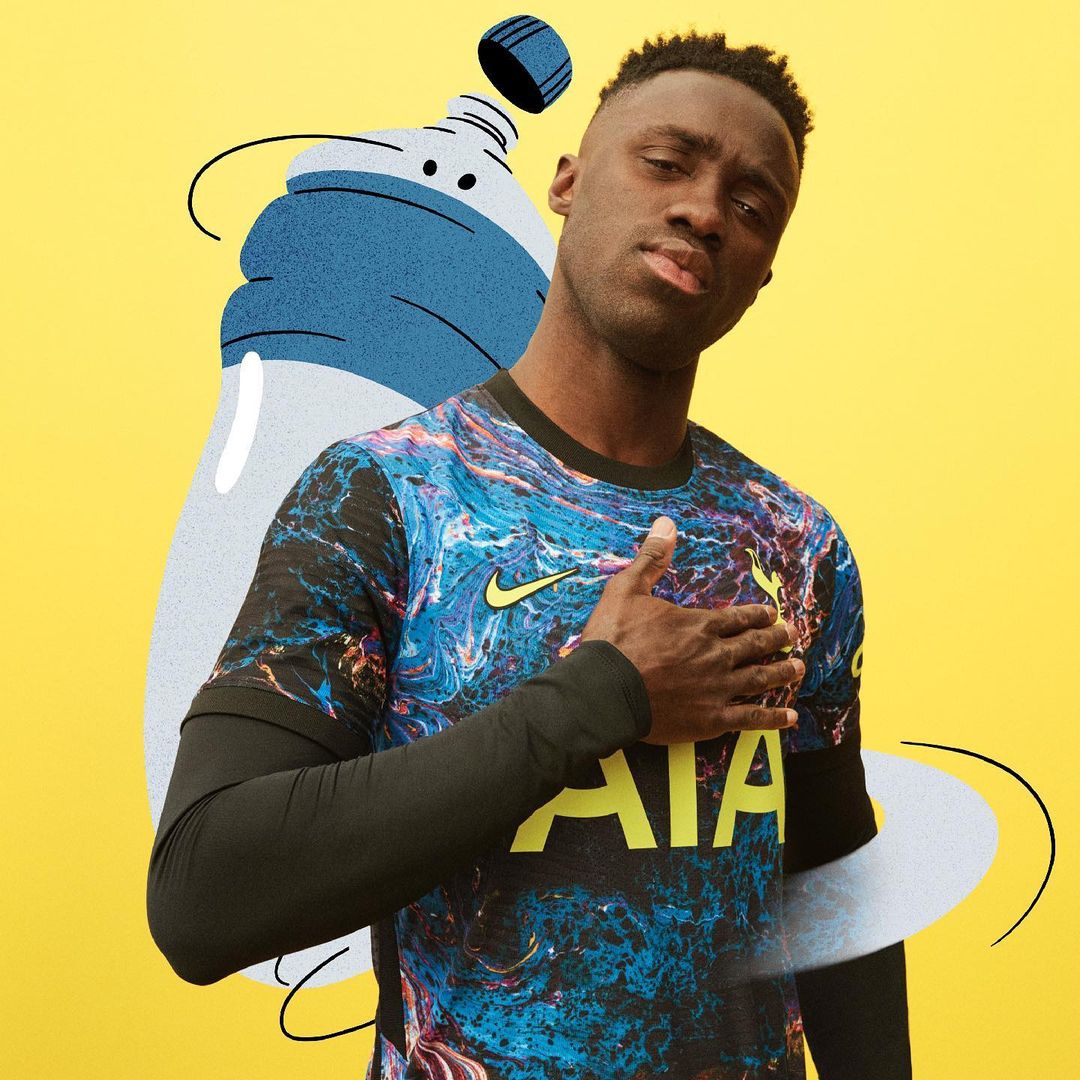 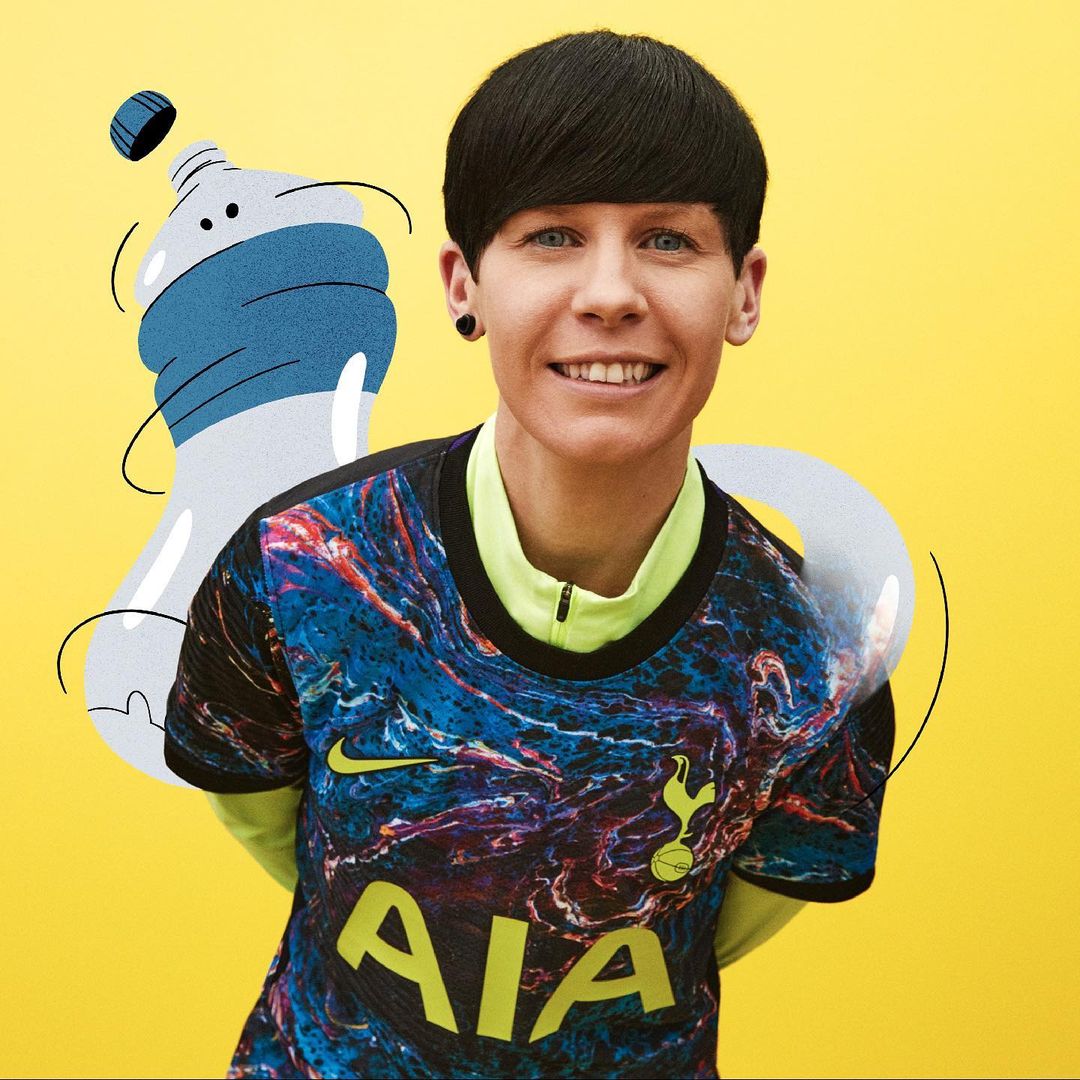 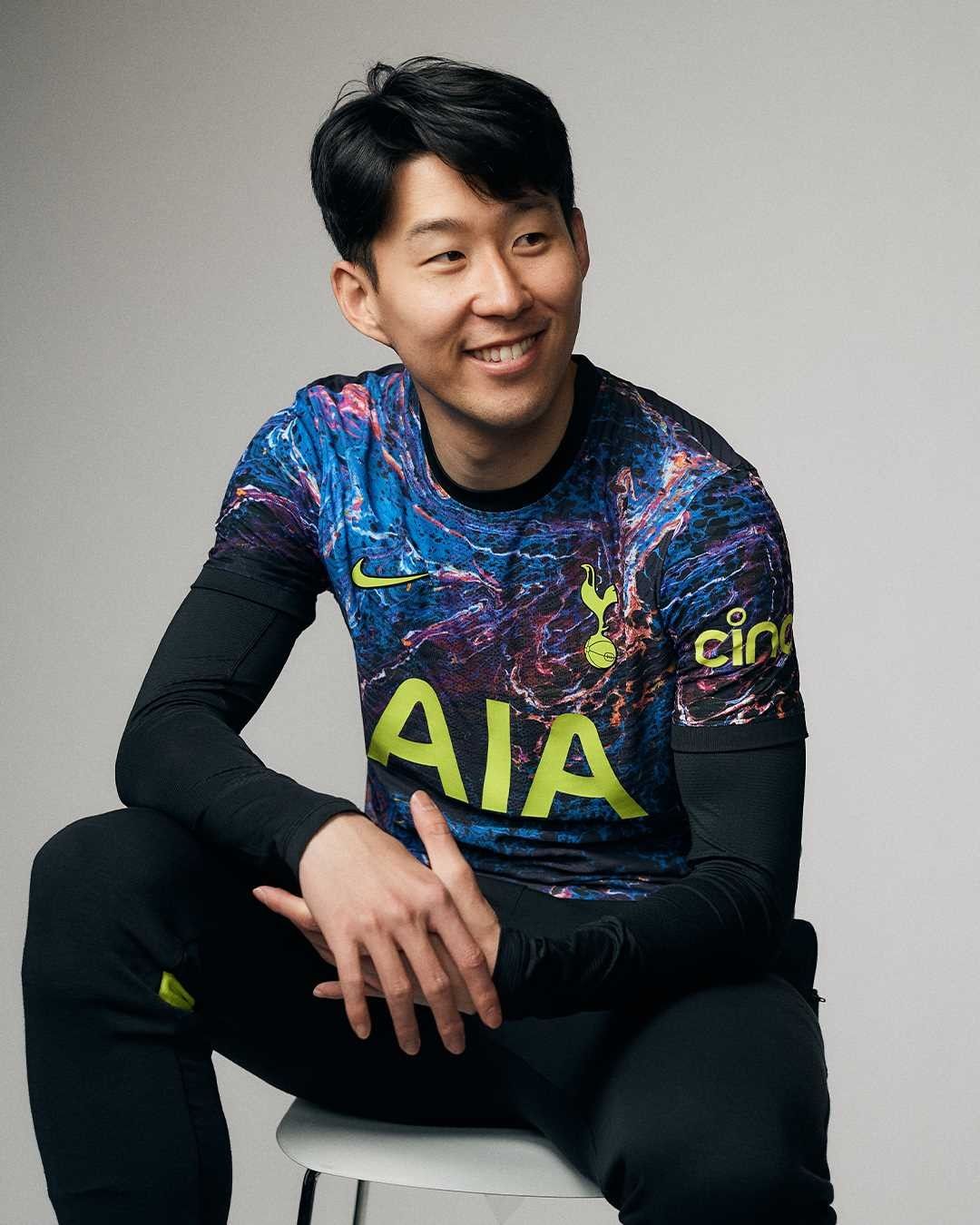 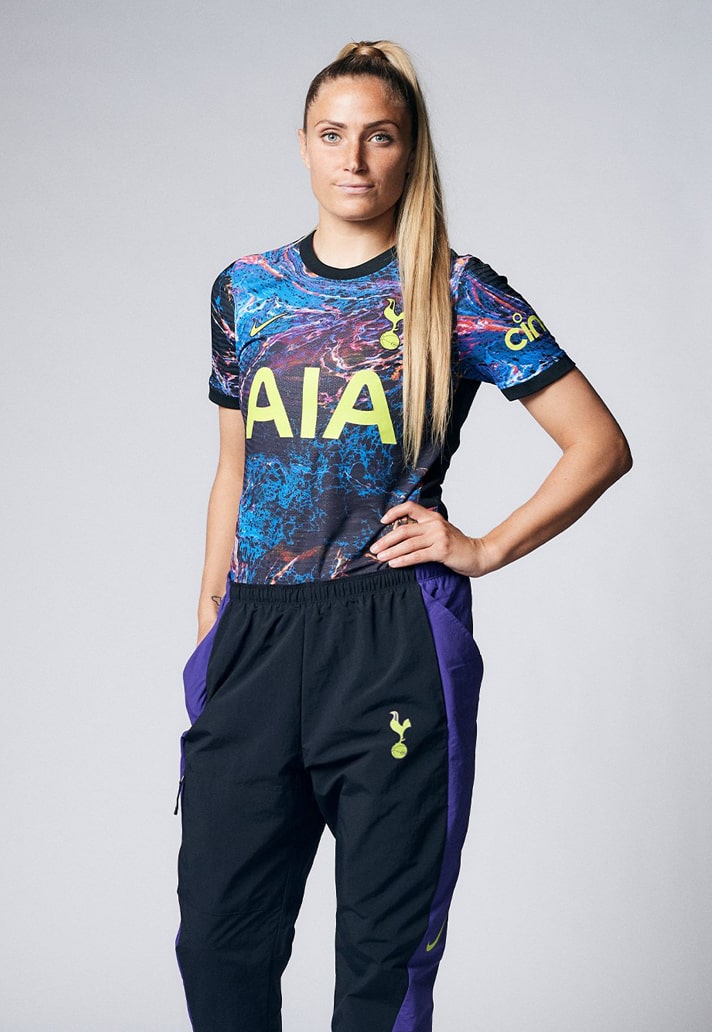