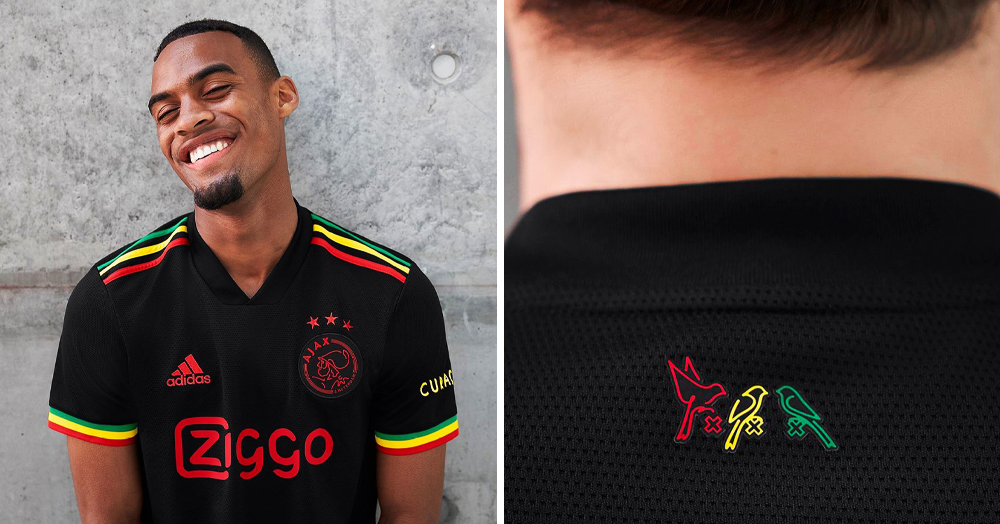 Ajax and adidas have linked up with the Bob Marley family to release one of the most hotly-anticipated shirts of the season – the 2021/2022 Ajax third kit.

The kit is a tribute to Ajax’s fans and the love shared by the club and its fans for reggae legend Bob Marley and his iconic song, “Three Little Birds.”

The story of Ajax, Bob Marley and Three Little Birds started in August 2008, when Ajax played a friendly match in Cardiff, against Cardiff City. The Ajax fans were asked to remain in the stands after the game.

To entertain the fans, the stadium DJ played several tracks, one of which was “Three Little Birds.” The rest is history – with fans instantly embracing the song as their own and singing it at every game since. A true symbol of hope, the fans sing the song regardless of the score in the game.

As for the jersey itself, the kit arrives with a black base and features iconic rastafari-inspired red, gold and green colourway on the three stripe and sleeve cuffs – with the back of the jersey’s collar featuring a symbol of three little birds sitting on Amsterdam’s Andreas crosses. The kit features a jersey, short and socks, with Amsterdam’s Andreas crosse prominently highlighted on the socks.

No musical artist has influenced the world quite like Bob Marley – and as a man synonymous with the spirit of the beautiful game, Bob Marley’s widely known love of football makes this collaboration a fitting one.

The collective love for his music from Ajax fans especially poignant with his family: “I am beyond touched that Ajax has taken Three Little Birds and made it their anthem. Stories like this warm my heart and show how impactful songs like Three Little Birds can be. Soccer was everything to my father…and to use his words ‘football is freedom’”, said Cedella Marley of the range.

The range also includes a track top, track pant, sweater, t-shirt and Samba footwear – with the Sambas featuring stripes in red, yellow and green, an Ajax crest on the tongue of the shoe and the three little birds on Amsterdam’s Andreas crosses on the heel tab.

To celebrate the launch, VERSUS’ family Danika Magdelena captured imagery featuring those at the heart of London’s Caribbean community. Caribbean chefs Nintey and Kongo as well as Artistic Director of Mahogany Carnival Clary feature in a separate, film-shot campaign by adidas, with the trio all having a deep affinity to Bob Marley – with Nintey even having played football with both Peter and Bob Marley back in the day.

adidas will be hosting a gallery exhibition at the Tabernacle in Notting Hill, which has its place in history as one of the founding places of the Notting Hill carnival.

The Exhibition will be open to the public over the weekend from 12pm to 9pm both Saturday and Sunday showcasing the imagery and the collection.

Get a closer look at the adidas x ajax 2021/22 Third Kit collection below and cop the jersey now via adidas, ajax.nl/shop and Official Ajax Fanshops 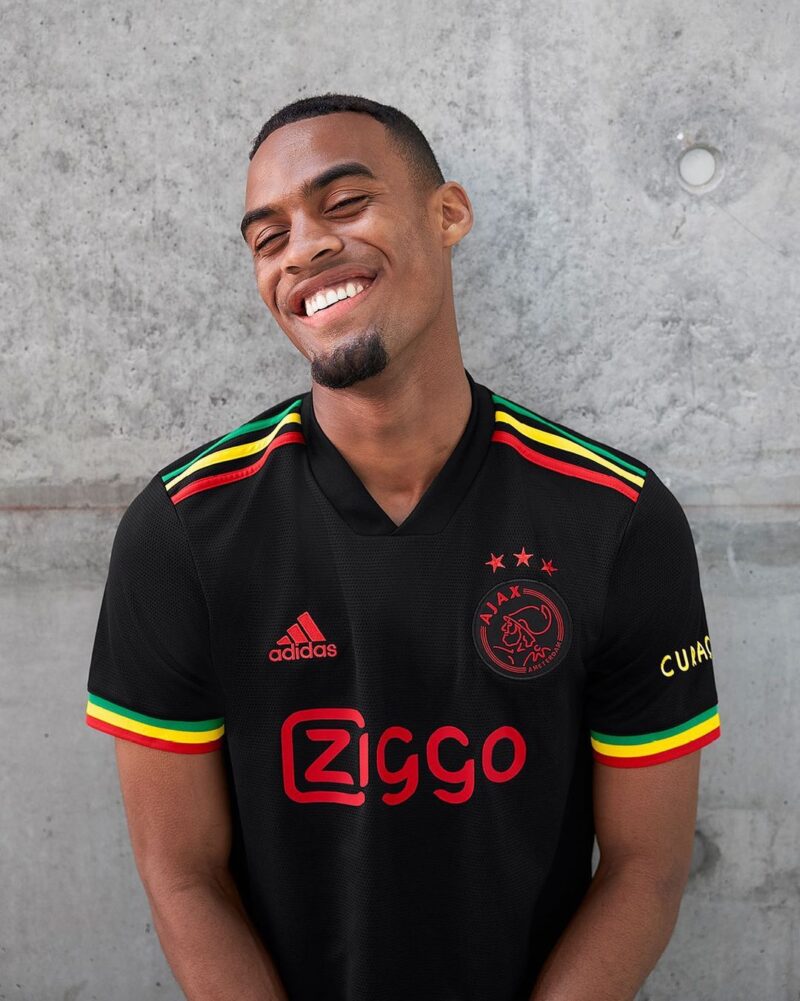 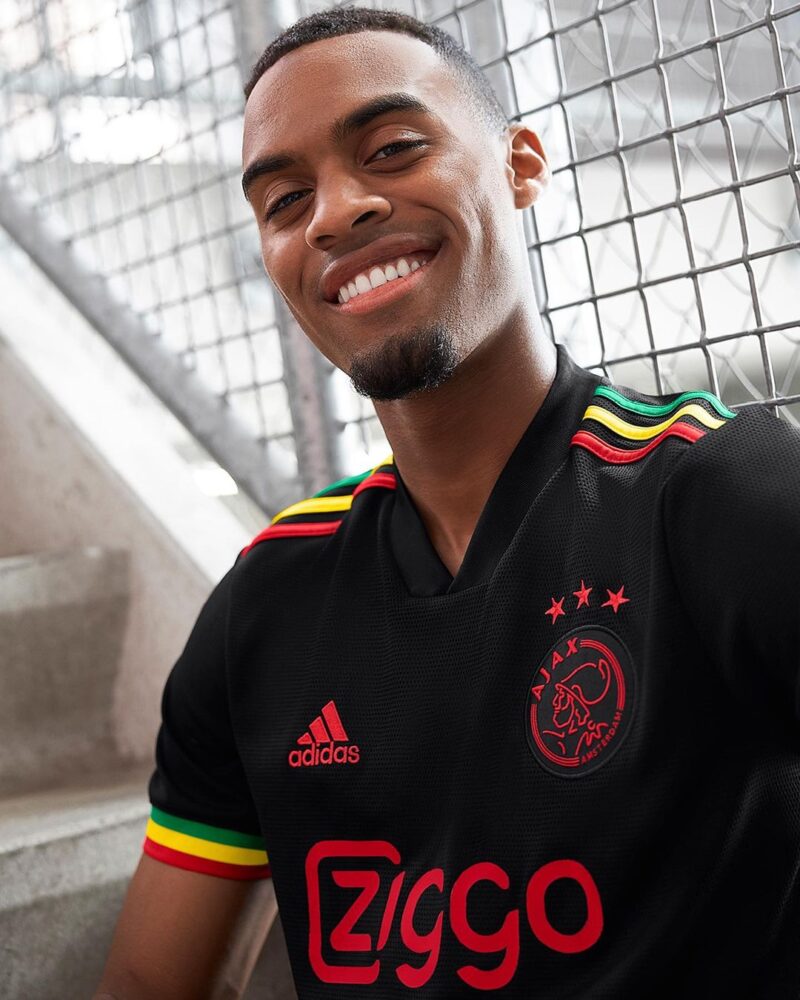 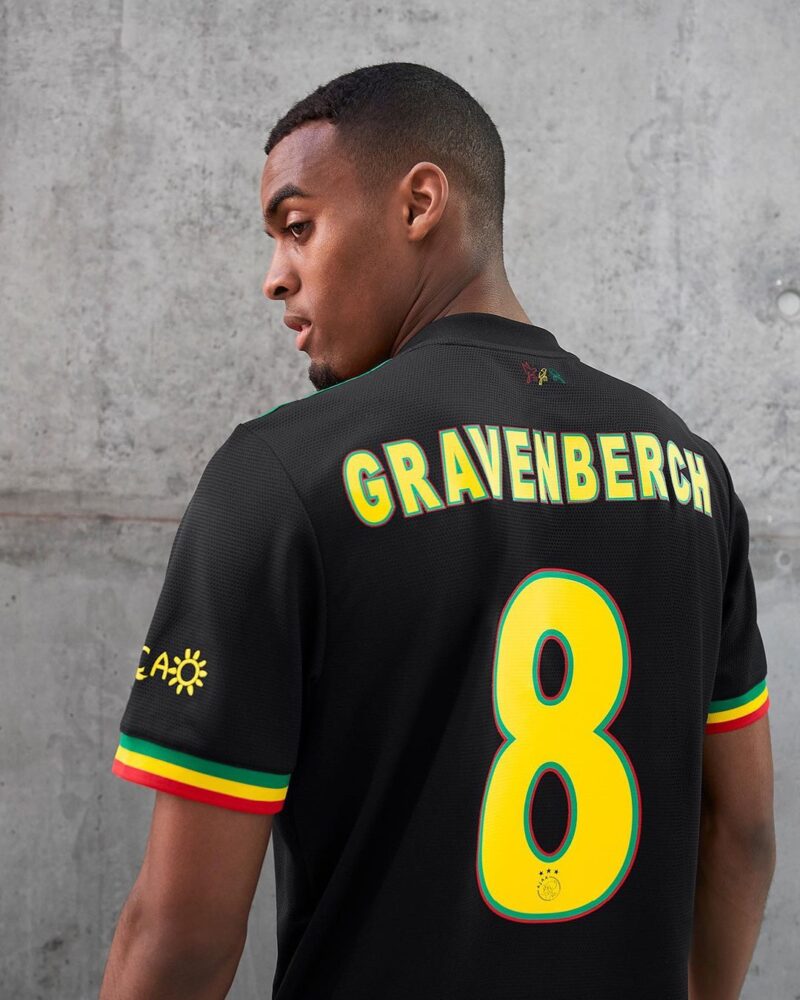 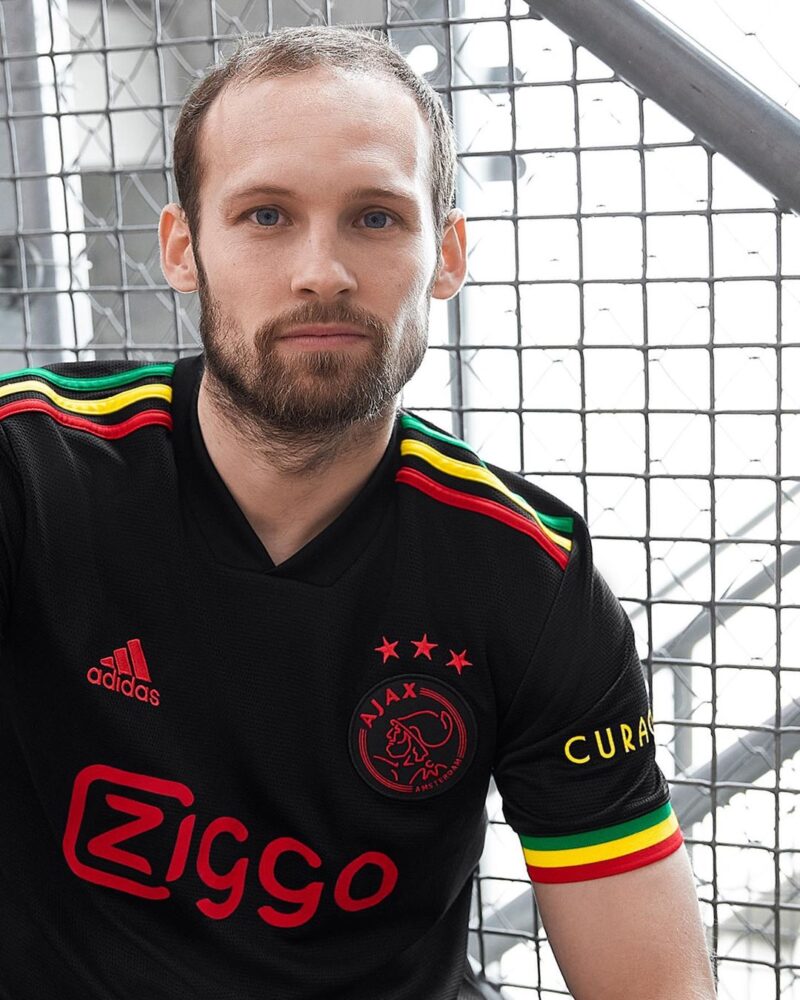 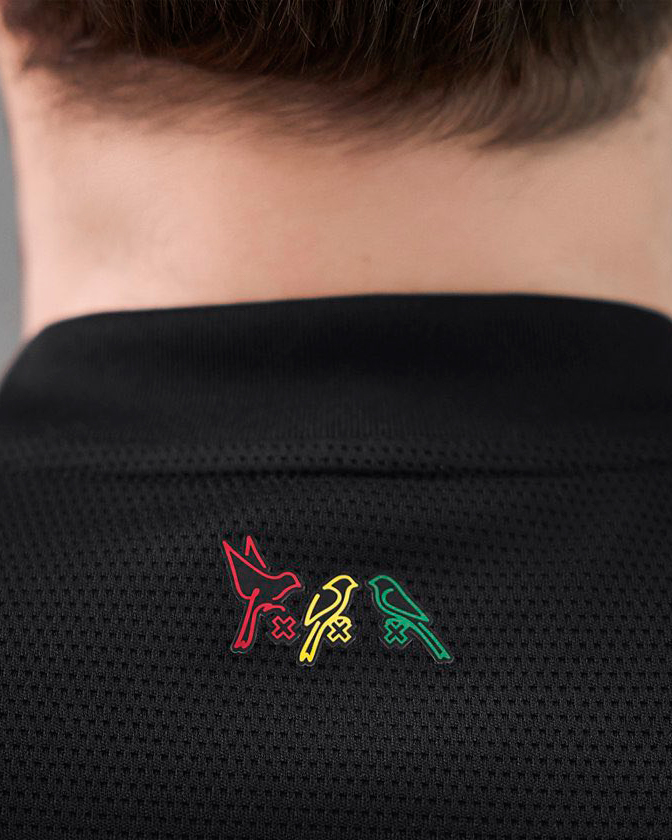 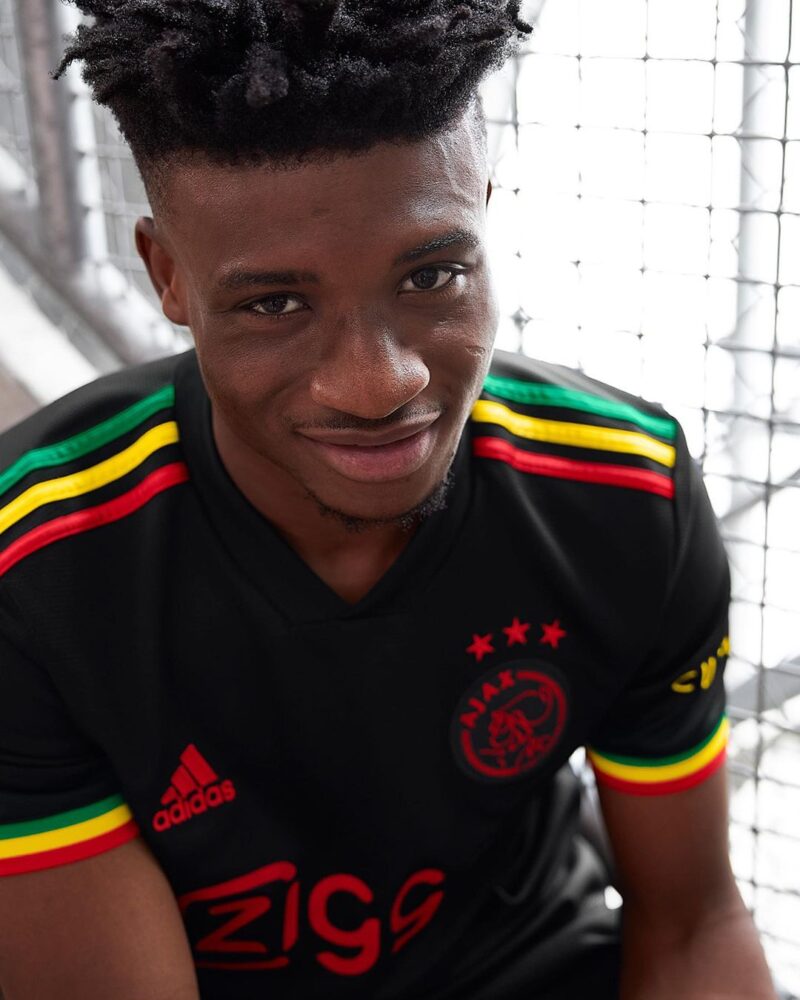 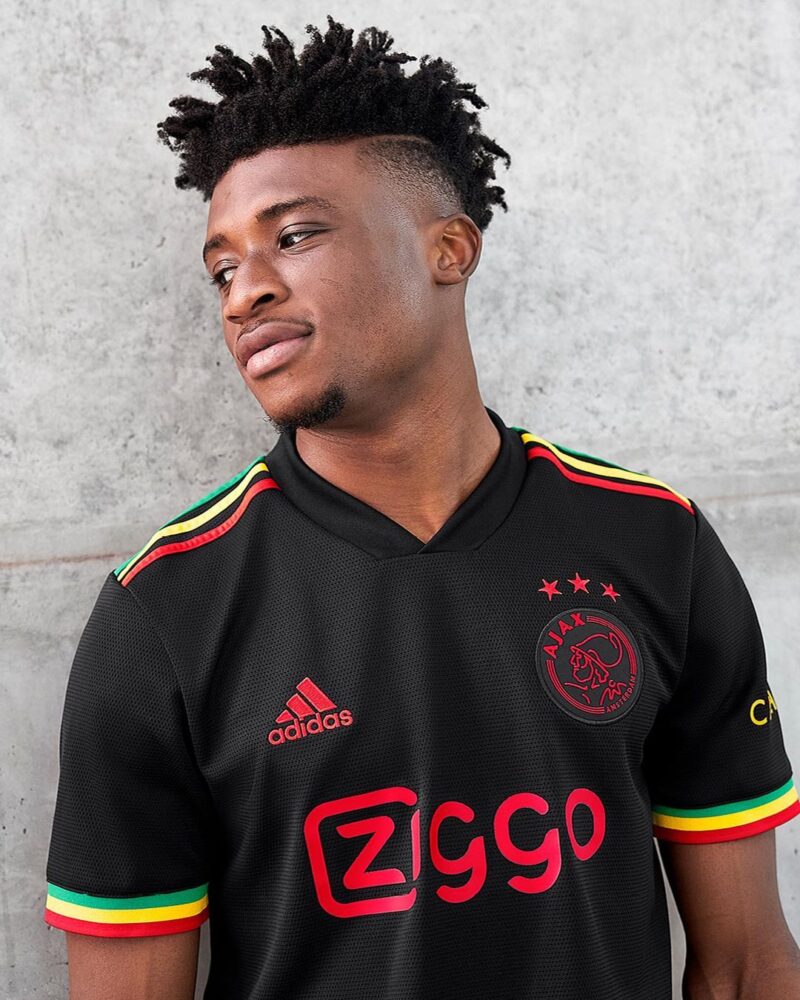 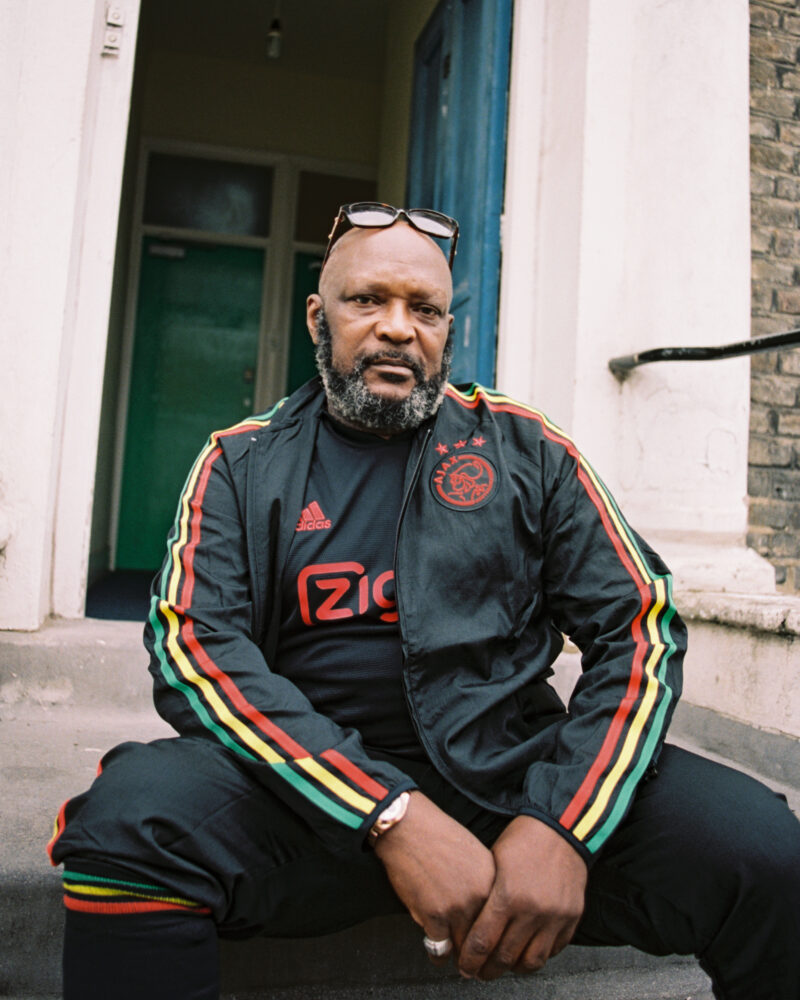 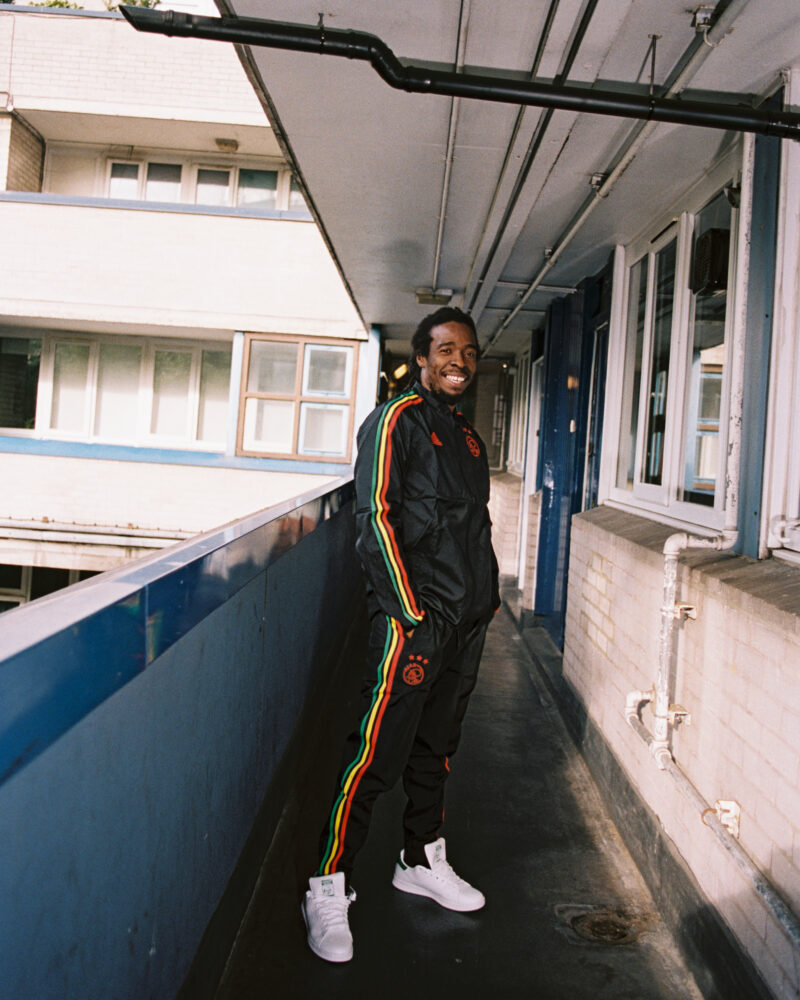