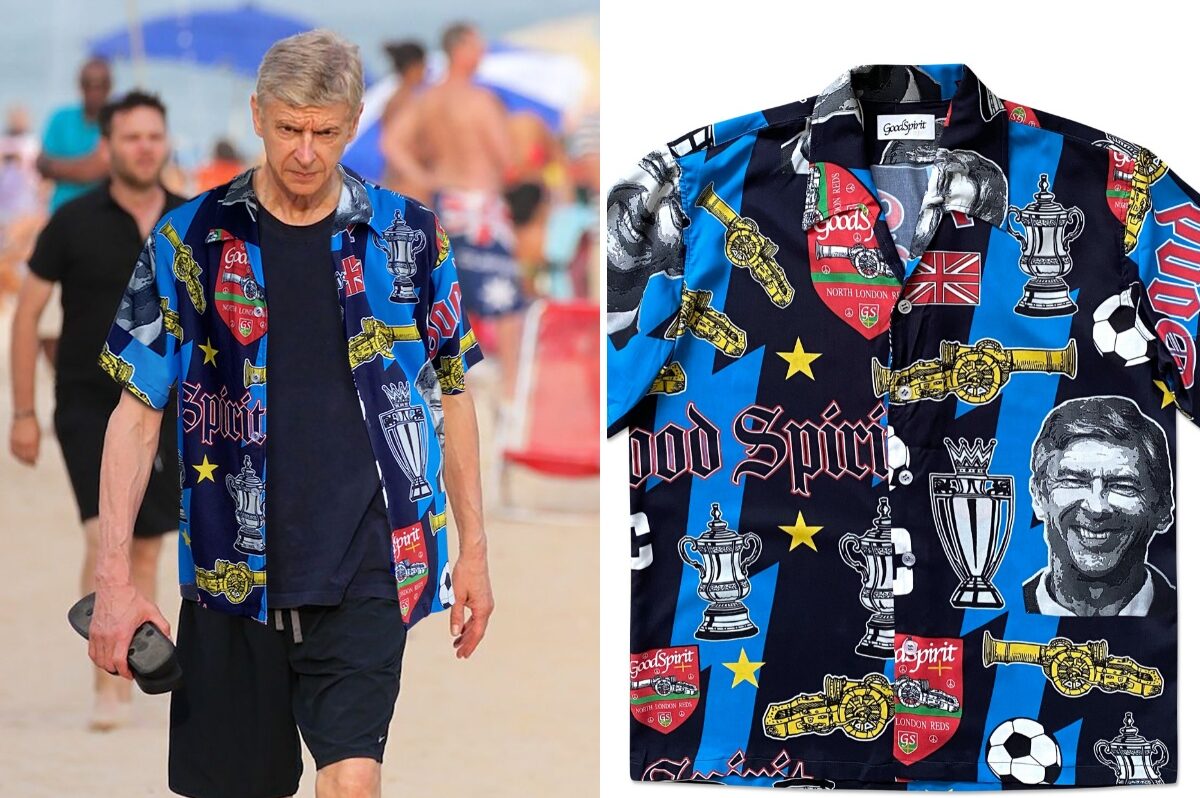 This one is for the Arsenal fans who are currently at home refreshing their feeds in the hope Odegaard does an Auba and signs da ting.

This one is for the Arsenal fans who can’t look at Palace’s sidelines because seeing Paddy only reminds them of being invincible and Vicks VapoRub.

This one is for the Arsenal fans who use every opportunity to remind fans that the past determines the future, not the now. The ‘now’ is underrated to Arsenal fans – and Good Spirit knows it.

The London based brand taps into the spirit of football, and the euphoric culture that surrounds it. And what’s more euphoric than Le Professeur rocking some wavey vacay garms?

Good Spirit pays homage to Arsenal Wenger on their debut release with a vacation style shirt, throwing it all the way back to the good times of life as an Arsenal fan.

In the first of an ongoing series, the brand takes inspiration from the legacy of the former Arsenal manager, combining football and fashion with a flag inspired design.

Featuring Le Prof himself, his array of silverware and a cannon motif, the design is a nod to Wenger’s beloved Gunners.

Made from 100% bamboo fabric, printed digitally in the UK using non-toxic inks, and hand-finished in London. The soon-to-be cult classic, will be available in limited quantities to purchase from the Good Spirit online store at 11am on Friday August 20.

Get a closer look at the shirt – as modelled by Papa Wengs – below. 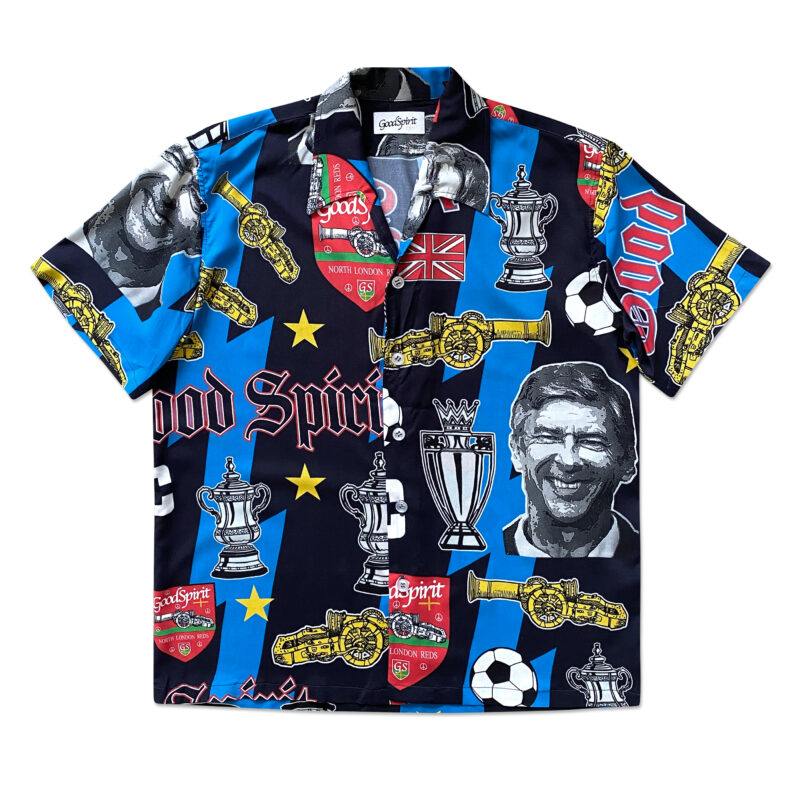 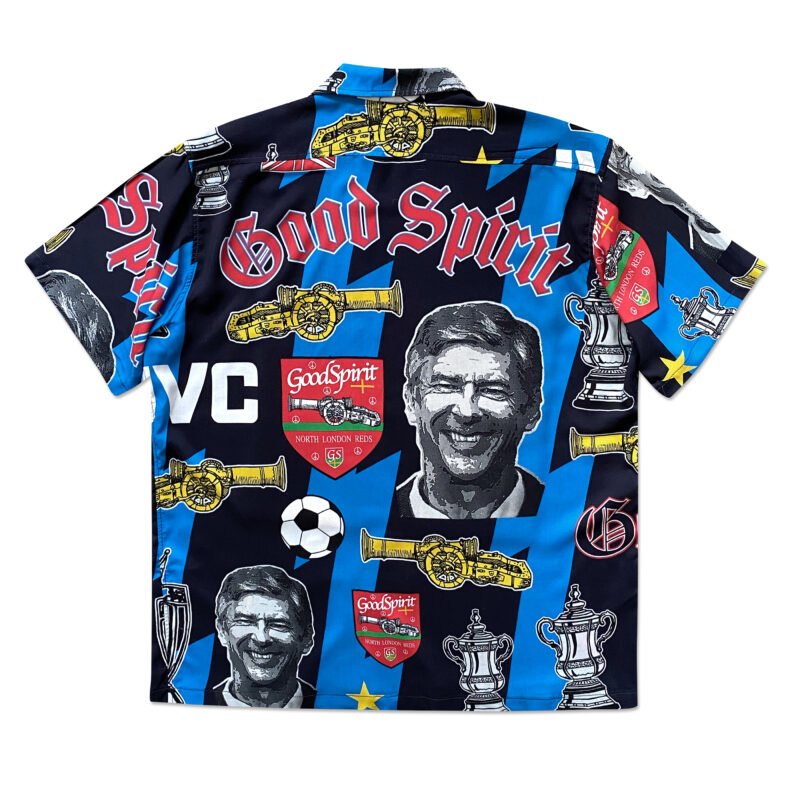 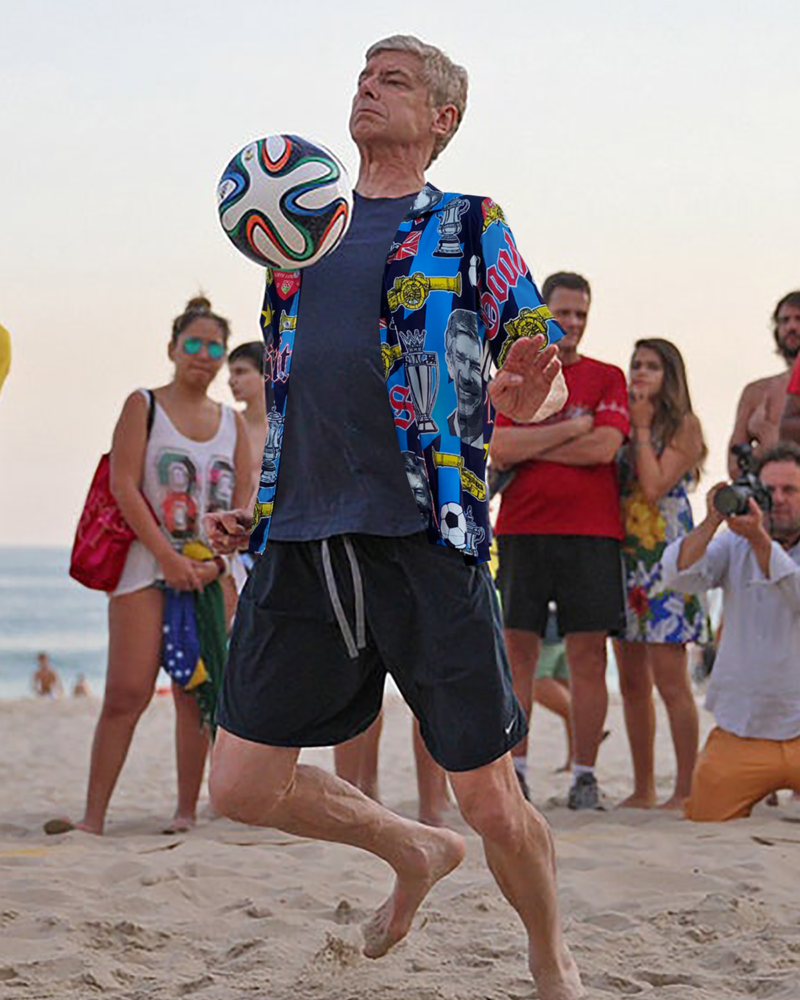 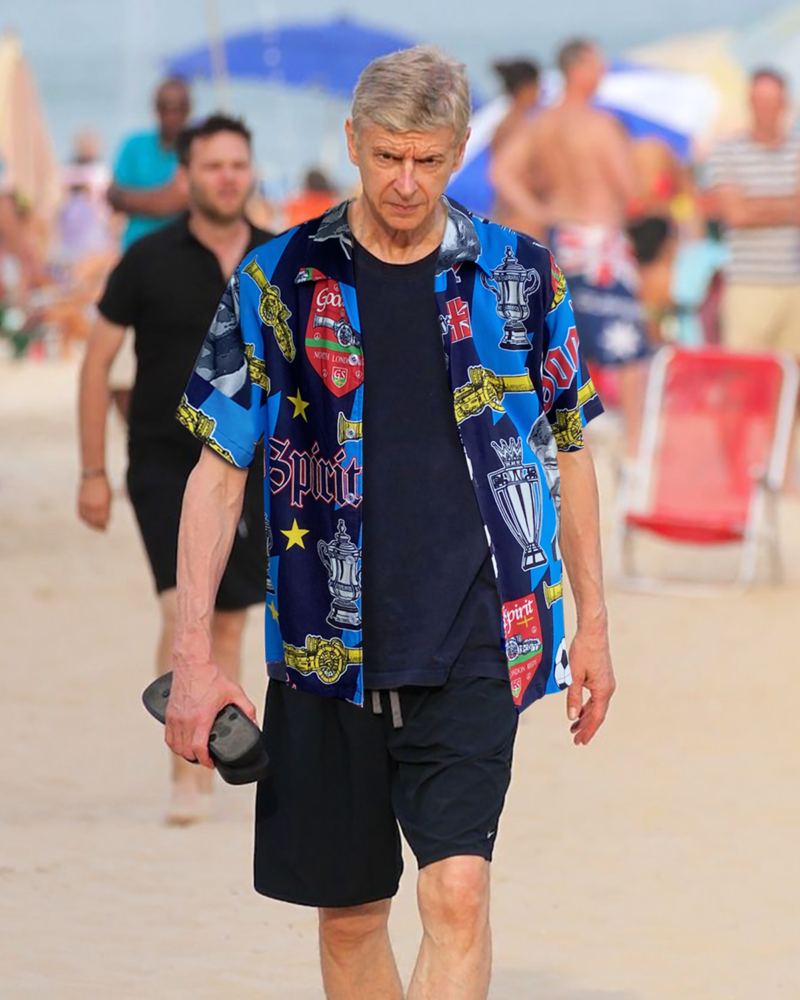 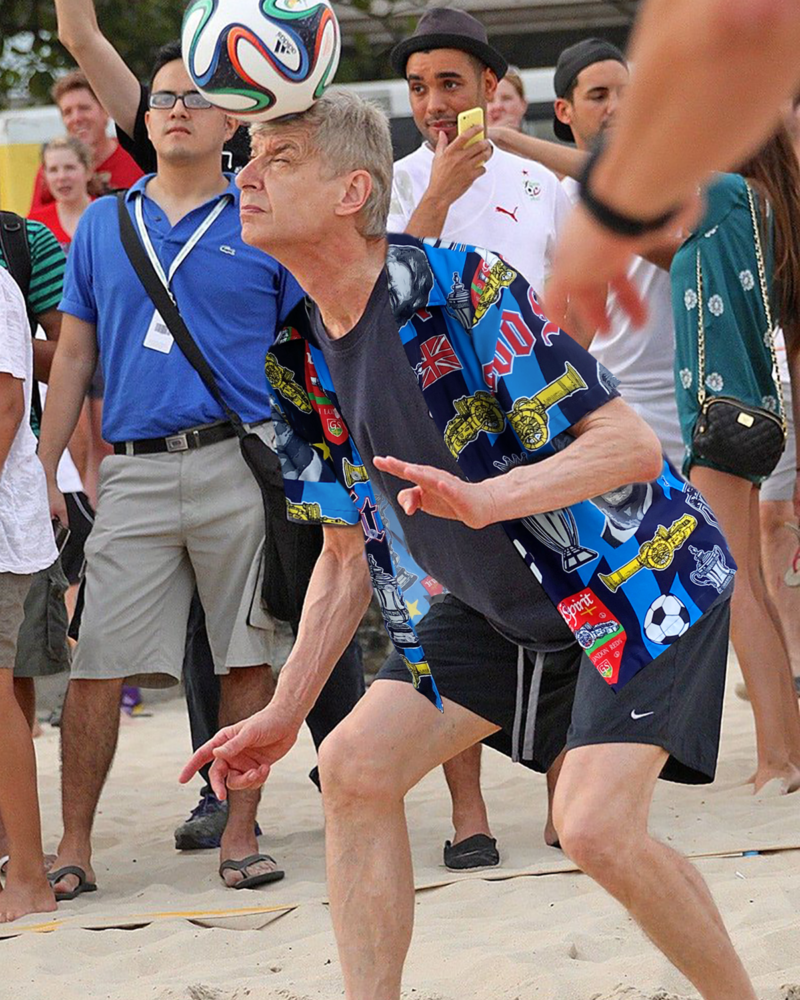 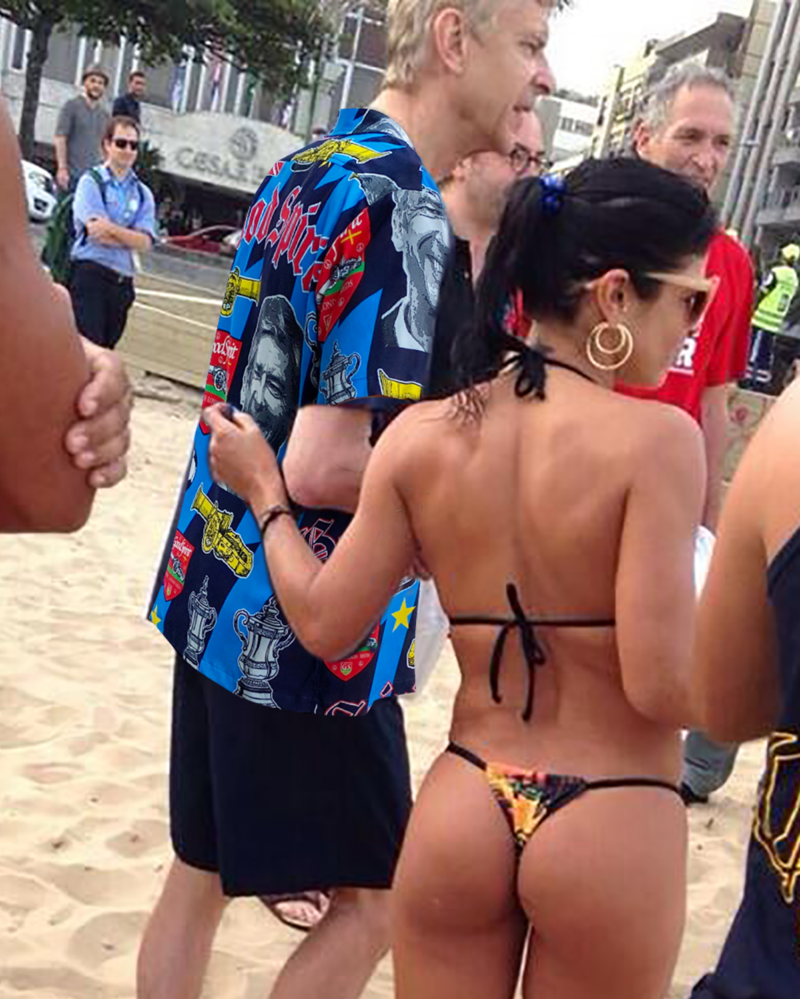