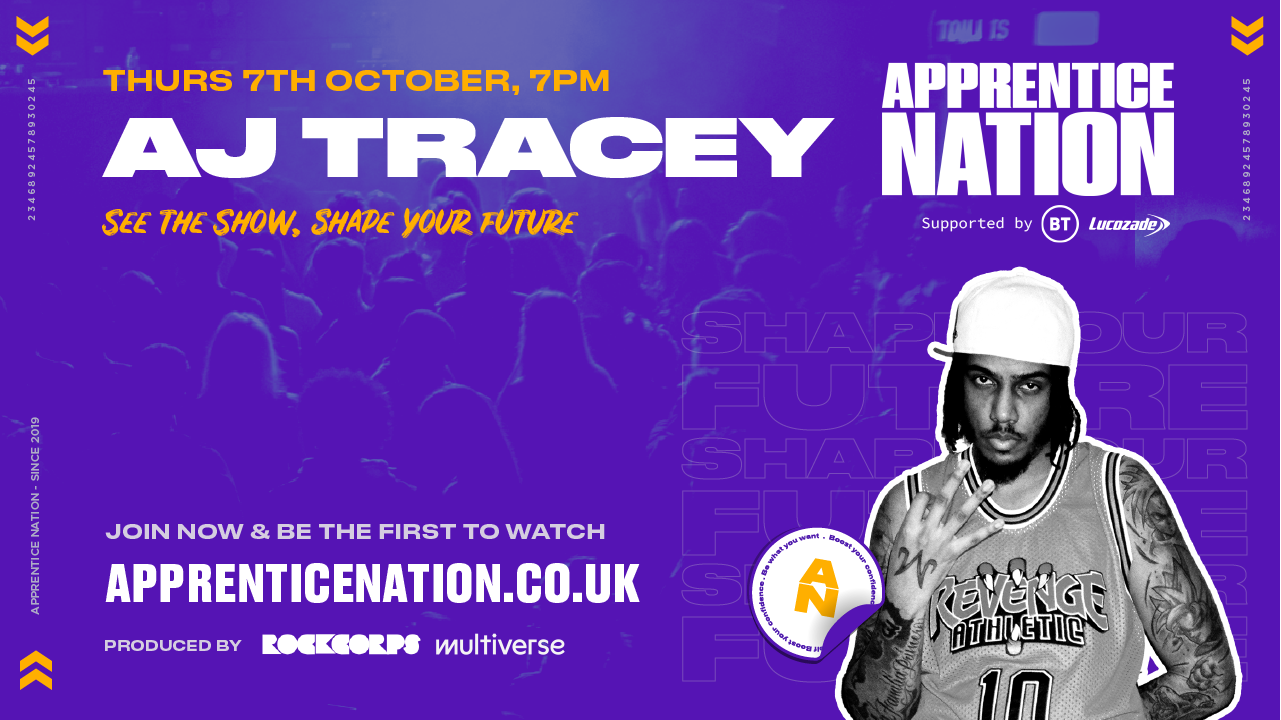 Apprentice Nation is a platform that exists to inspire and engage young people to not only get career ready, but build essential core skills for work and life through the power of music.

The platform has been giving away many gems to enable young people to be great but this may be their biggest one yet.

Following previous shows including UK Artists such as Ghetts, Young T & Bugsey, IAMDDB and Ray BLK, Apprentice Nation are set to return with another blockbuster show headlined by AJ Tracey and supported by Mae Muller and Ivorian Doll – and you can watch it online.

The show will premiere on October 7 and be available on-demand afterwards via YouTube. Alongside the special performance, the artists will also be giving inspirational interviews on how they made it to where they are today. A real experience like none before.

This occasion is even more special following the cancellation of AJ Tracey’s Flu Game Arena Tour meaning this is one of the best opportunities to see the North London rapper live this year.

It’s this connection to young people that has seen Lucozade team up with Apprentice Nation to power up the next generation.

Of course, energy is not just physical. It can be mental, and in your flow of what you are doing. Potential is universal and everyone deserves to be given the resources they need to succeed. Apprentice Nation have understood this mission. 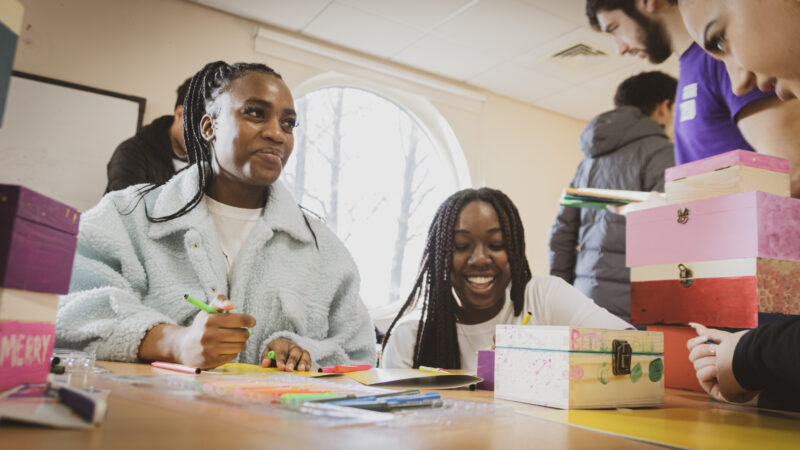 So far, the organisation has reached millions of young people in the UK and has aspirations to continue ensuring this talented generation have all the tools necessary to excel in whatever they choose to do.

Recent times have been hard due to the effects of the Covid-19 pandemic on the economy. Young people in particular have felt the pressure of this. New research from the House of Commons shows that the rate of inactivity amongst young adults is nearing an all-time high whilst unemployment compared to the whole nation is significantly higher at 13.1%. In relation to this, further studies show that its underrepresented minority ethnic communities that are more than twice as likely to be unemployed. That’s why Apprentice Nation are pushing harder than ever to enable young people and are now being fuelled by Lucozade to reach these communities in meaningful and accessible ways. 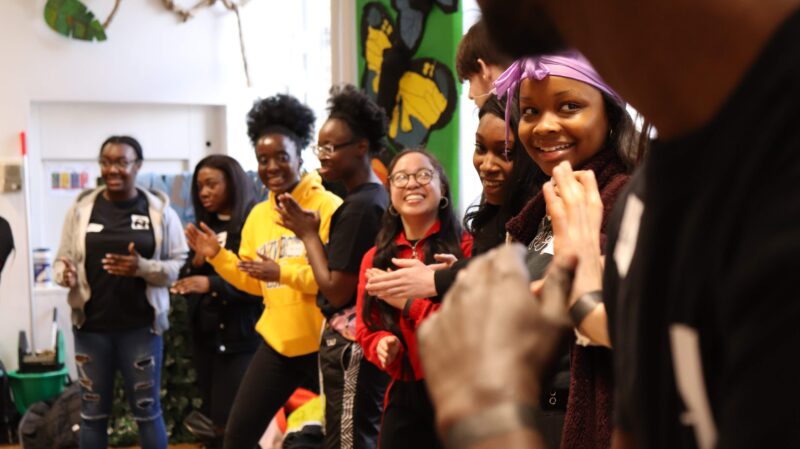 Apprentice Nation’s career training platform enables young people to use online content as a way of earning credits whilst learning. Credits can then be traded for rewards including England Football Shirts, Beats by Dre headphones and even experiences such as an online hangout with one of the artists from the live show.

Lucozade plans to not only collaborate on these existing webinar sessions, but also power a new series called Unlock Your Potential where free to access content will help harness the power of self-belief and a growth mindset needed for future leaders. The same principles that have enabled people like Anthony Joshua to change his life around and become one of the biggest athletes in the world.

Despite using music as a tool, Apprentice Nation actively broadens the horizons of young people through mentors from various industries. The free sessions allow young people to meet with real people and learn about the working world alongside life skills.

The accessible, slick and relatable approach of the organisation is making learning fun and beneficial. Young people’s potential is being unlocked. 85% of Apprentice Nation participants have gained at least one new work-ready skill and 75% reported an increase in confidence for themselves and their future.

Not only will Apprentice Nation be able to reach further and wider now with the help of Lucozade, the platform will only get bigger. The opportunities are endless and you can benefit from it too.

You can enter the draw to win tickets for AJ Tracey’s performance by clicking here. If you want to unlock your potential, understand more about creative industries, receive real life skills and gain access to amazing events, sign up to Apprentice Nation here. 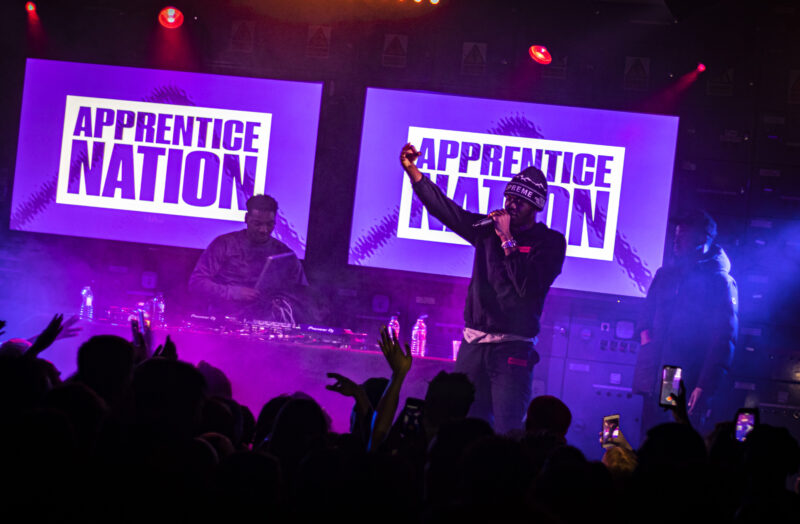 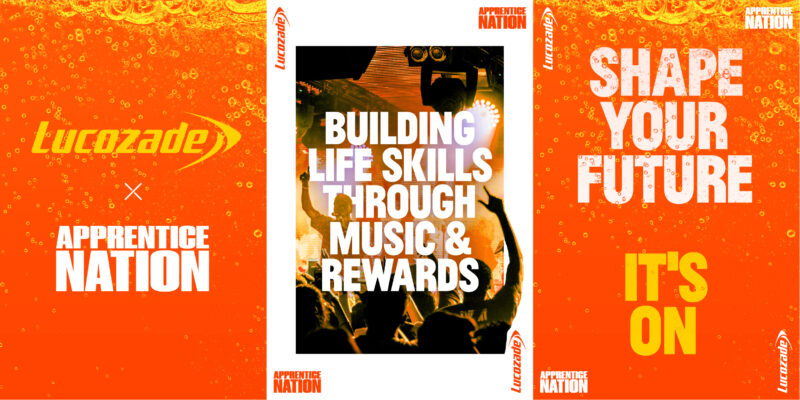