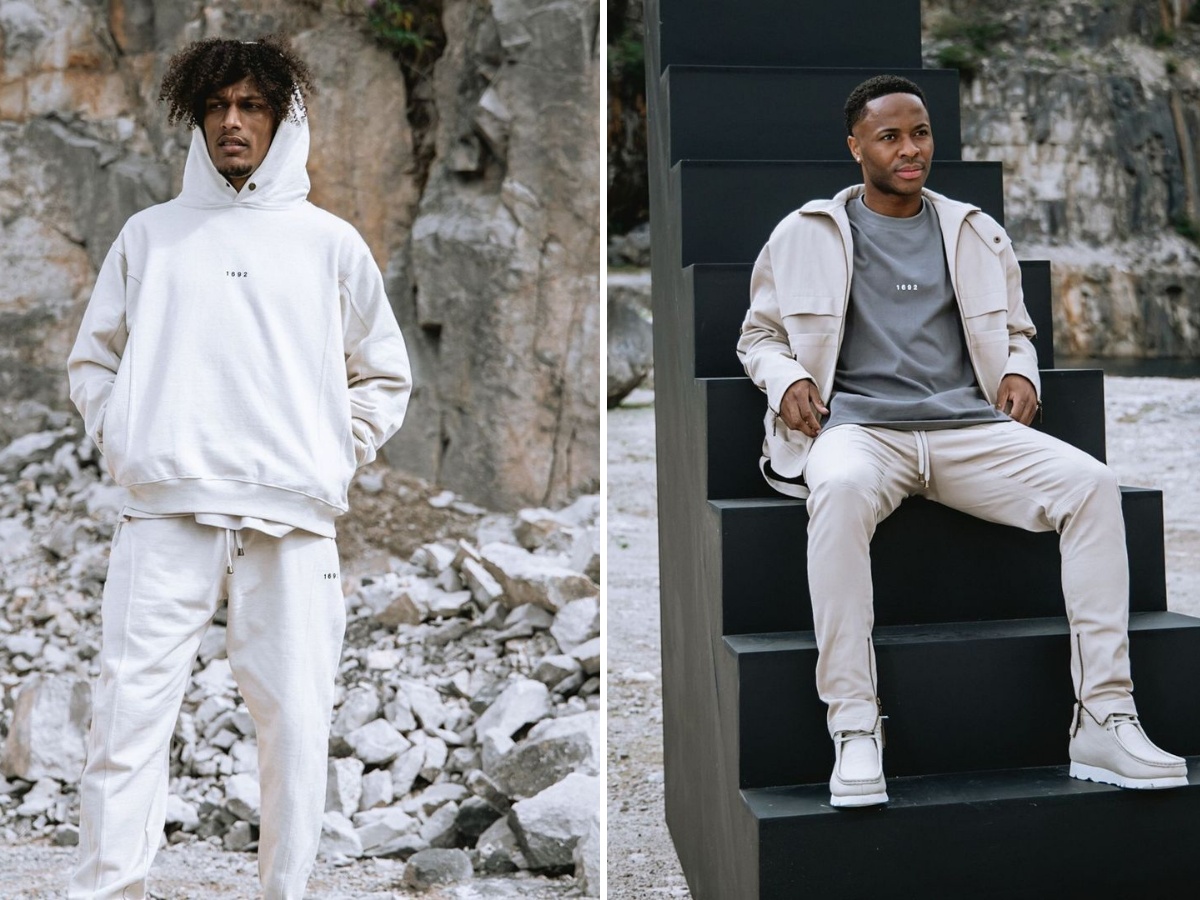 Following on from his official collaboration with Clark’s last year, his label’s first drop for AW21 collection also pays homage to the spiritual echo of the Jamaican earthquake in 1692, which gave birth to modern Kingston – Sterling’s own birthplace.

Comprised of clean unisex pieces in utilitarian-inspired silhouettes, the collection arrives in neutral tones of navy blues, clean whites and ecrus, and darker shades of grey and black to represent the “industrious land of wood and water” surrounding Jamaica’s capital city.

Designed and co-founded by Raheem Sterling and Samiyah Miah, the AW21 collection showcases a serious intention from Sterling to make waves in the fashion industry. Going deeper on the ethos behind the collection, 1692 says their AW21 range: “echoes the artful construction and endless resilience of the island, with perfectly tailored lines defining poise and presence for the twenty-first century gentleman.”

The collection was unveiled last night in London, with Raz himself introducing the collection in front of the likes of Popcaan, Curtis Jones and Amelia Dimoldenberg. 1692 models took to the catwalk and paired up with shoes from Sterling’s two footwear partners, Clark’s and New Balance.

Get a closer look at key pieces from Raheem Sterling’s 1692 line in the video below and find out more about the brand via their website.