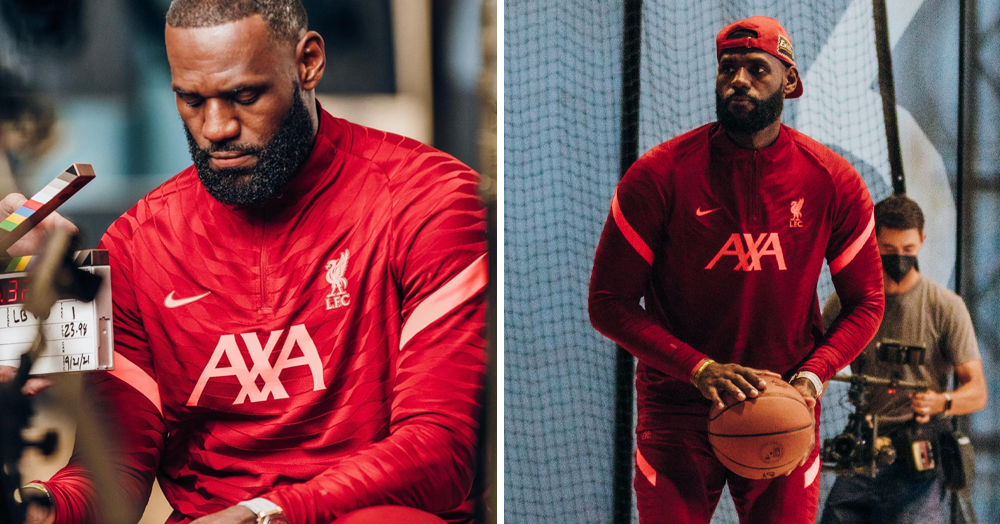 Liverpool, LeBron James and Nike will be linking up on a new capsule collection that is “set to rival the connection Michael Jordan has with Nike”.

Liverpool chairman Tom Werner has revealed that Liverpool, James and Nike are looking to take their partnership to a new level by creating a brand line similar to that Nike’s iconic Jordan line.

Speaking to the Boston Globe about the next chapter in LeBron, Nike and Liverpool’s partnership, Werner said: “We’re doing a product line with LeBron and Liverpool. Nike is creating seven or eight products that connect LeBron with soccer.

“I don’t know specifics yet, but they’re going to create seven or eight products that rival the connection that Michael Jordan has with Nike.”

The potential of a co-branded line of product fusing the worlds of football and basketball would be a genuinely game-changing move from all parties involved, with PSG and Jordan’s era-defining partnership sure to be serving as an influence for Liverpool, LeBron and Nike.

FSG, Nike and RedBird also came together to become investors in James and business partner Maverick Carter’s’ SpringHill Entertainment company in October, a $725m-valued deal that will see LeBron and Carter’s firm help provide social media storytelling for the likes of Liverpool and the Boston Red Sox.

FSG, Liverpool and James are even more closely connected following the $750m investment from RedBird Capital Partners back in March, which converted James’ original 2% stake in the Reds into 1% stake of FSG’s entire business empire.

James is set to continue emulating Jordan’s influence off the court with the move, with the LA Laker having signed a $1bn lifetime deal with Nike complete with his own sneaker line and Innovation Centre, owner of successful media company (Uninterrupted) and SpringHill Entertainment franchise and even following in the footsteps of Jordan in the latest Space Jam movie.

Keep it locked to VERSUS for the latest on this story as it develops.