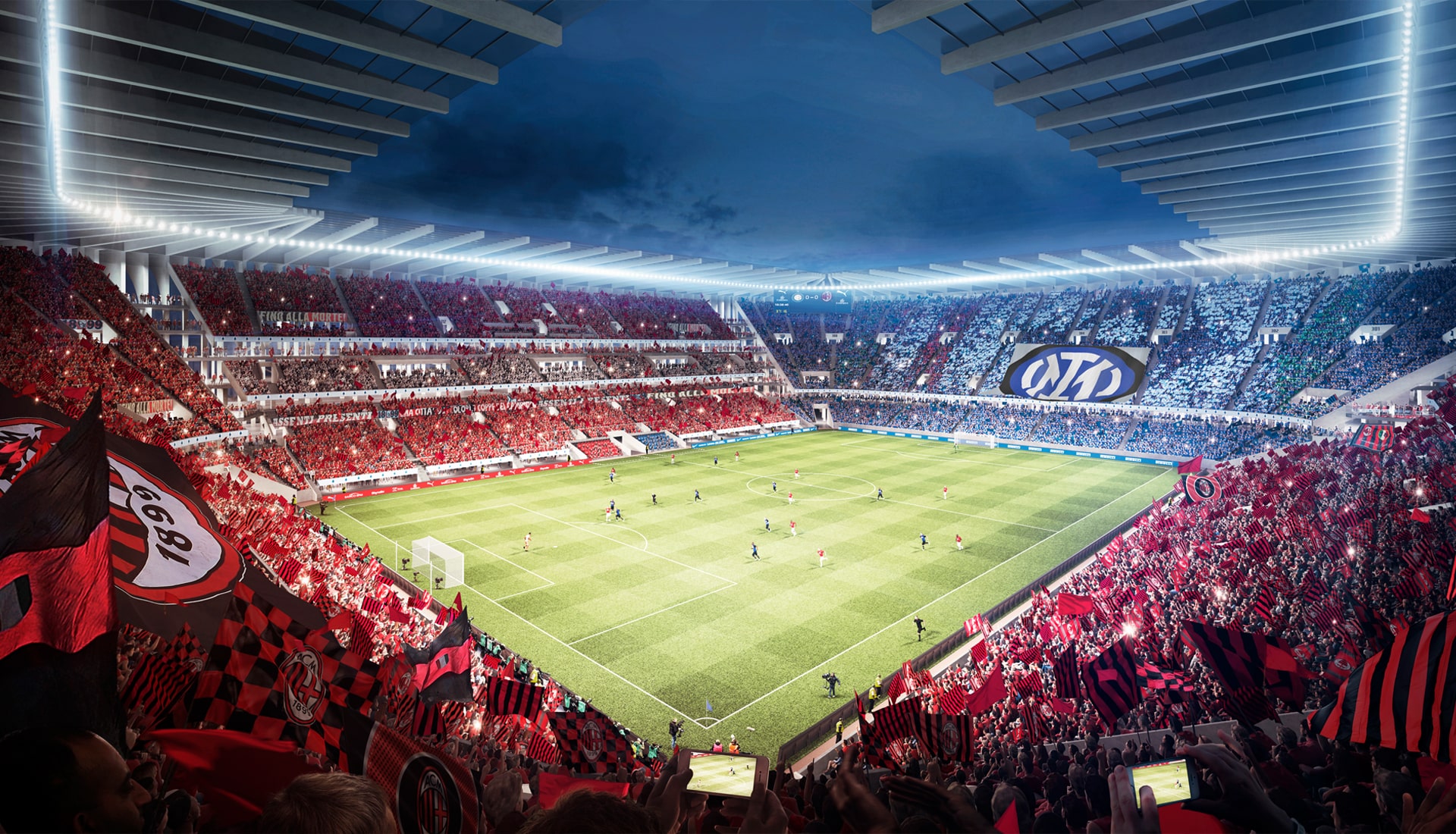 After announcing plans to create a new San Siro together back in 2019, AC Milan and Inter Milan have finally announced the first details behind their all-new stadium: “The Cathedral”.

The new stadium will replace the Milan club’s iconic San Siro stadium, which, having housed both Inter and AC for over 70 years, will be replaced with one of the most future-facing stadiums in the world.

The new stadium is inspired by iconic Milanese architecture in the form of the Duomo di Milano and the Galleria Vittorio Emanuele – which will in turn create an unique stadium that will stand out from any other sporting arena in the world.

A new district dedicated to sport and leisure will be created surrounding a cutting-edge design in the San Siro neighbourhood, currently occupied by the Meazza Stadium. The new district will include a new 50,000 sqm green area, which aims to consolidate and improve the image of the City of Milan and of Italian football.

The ground-breaking ground will lead the way in terms of innovation and sustainability, promising to be both carbon neutral and LEED-certified due to the use of the most innovative materials and cutting-edge technologies in terms of water and electricity usage and noise control.

“The new San Siro will be the most beautiful stadium in the world for its strong identity and recognisability. An attractive arena, accessible and sustainable for the city of Milan that will facilitate the growth of the clubs and their global competitiveness” commented Paolo Scaroni, President at AC Milan.

Alessandro Antonello, Corporate CEO at FC Internazionale, says “The New Stadium of Milan will be in an extra-contemporary green area that can be lived all year round. The new district for sport and leisure and its 50,000sqm park will make San Siro the go-to neighbourhood for sport and entertainment.”

“The Cathedral is set to become one of the most iconic stadiums in the world. It will be a modern home to legendary clubs AC Milan and FC Internazionale Milano and will become the heart of a new neighbourhood. It will celebrate the cultural heritage of Milan and it will be enjoyed by the Milanese population for many generations to come. A stadium of Milan and for Milan.” commented Christopher Lee, Managing Director EMEA at Populous.

Get a closer look at sketches of the new San Siro ‘Cathedral’ and surrounding area below. 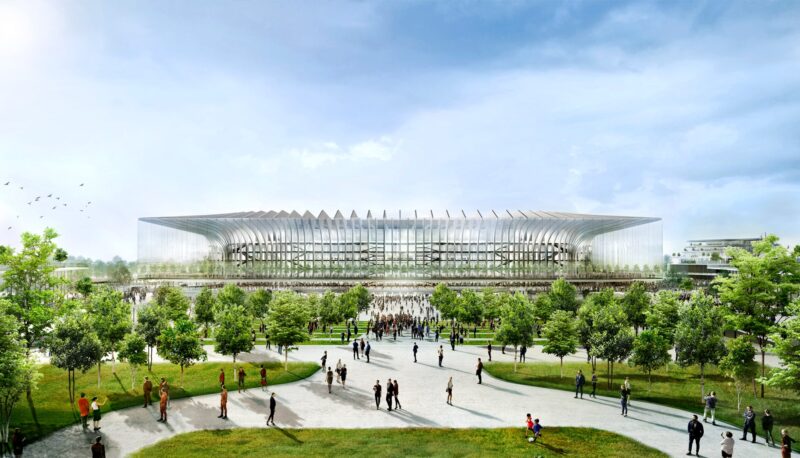 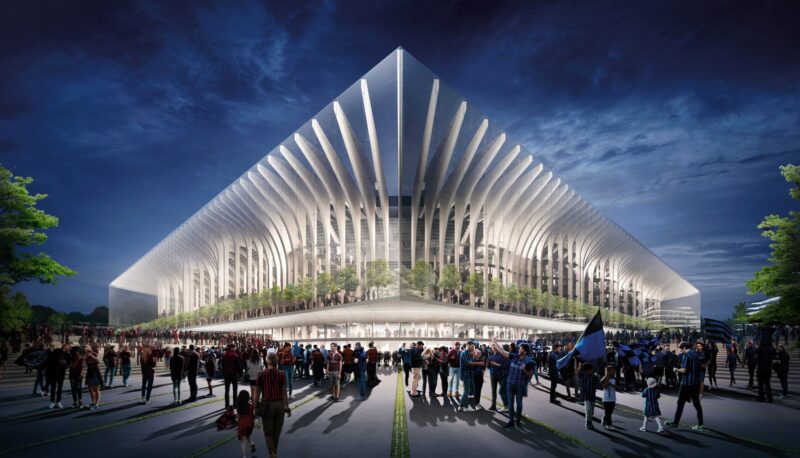 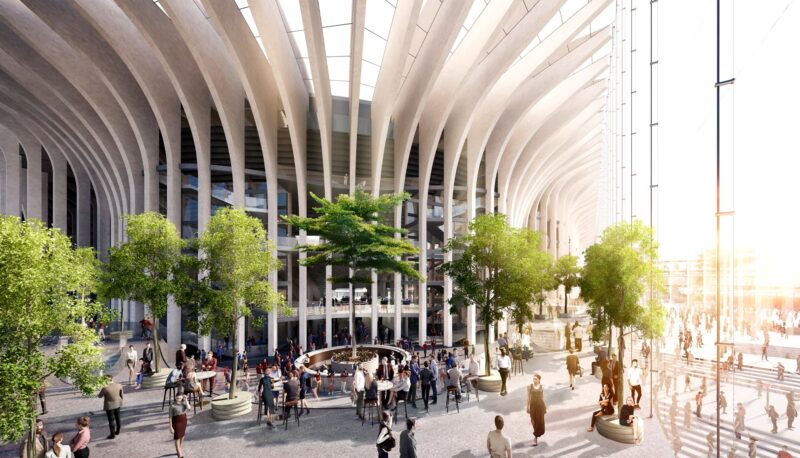 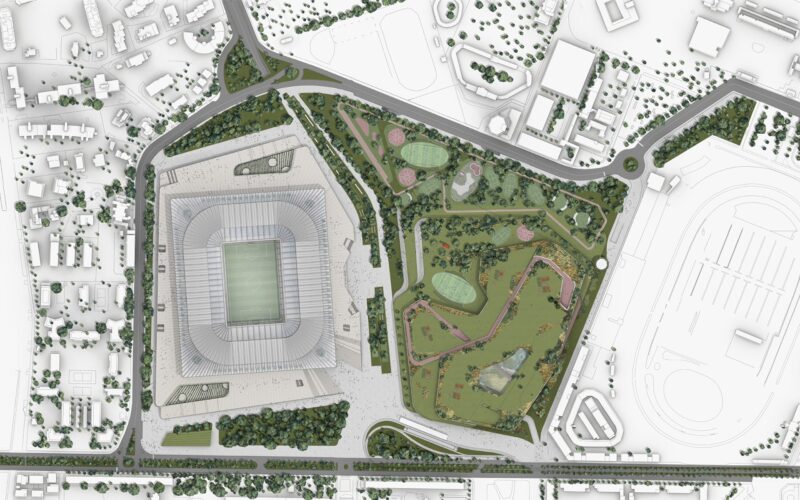