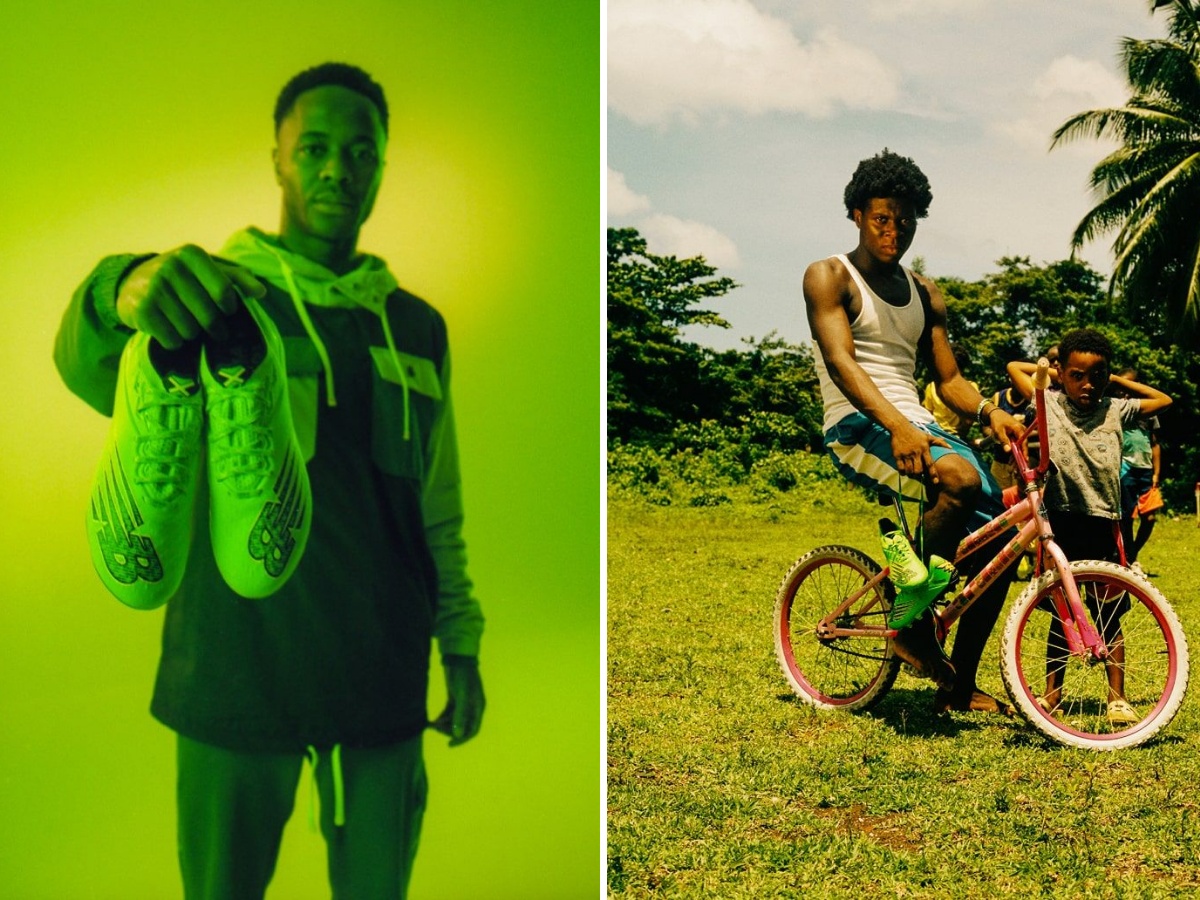 Raheem Sterling and New Balance have linked up to create a limited-edition football boot that pays homage to the England international’s Jamaican roots.

Serving as a tribute to Raheem’s love for his birthplace and how it has inspired him throughout his incredible football journey, the Furon v6+ Jamaica edition serves as both a celebration of his heritage and the strong connection the England talisman has with his mother and how important her influence was in shaping him into the player, person and leader he is today.

The boot features Jamaica’s national motto, ‘Out of Many, One People’, which is complemented by a vibrant green and gold colour palette that is set to light up the pitch while he plays. The Numbers ‘1692’ and ‘1994’ have also been added, in recognition of the founding of Jamaica’s modern capital, Kingston and Raheem’s year of birth.

A JA flag print is displayed on the custom tongue, alongside a specially designed shipping label, applied in recognition of the many hat trick balls the 3x-title winner sent to his mother’s home in Jamaica after scoring in matches, with special mention on the laces reserved for Kingston and Maverley, where Raheem was born.

Raheem Sterling said “Jamaica is a small island that’s had a massive influence on the world, whether it’s music, football, food or dance, Jamaica always represents. I was a young kid when I left, but it’s a big part of my story. For me, it’s a real honour to be able to express that when I’m on the pitch”.

Sterling will wear the boots in Manchester City’s upcoming fixtures, with 195 pairs now available to cop exclusively from select retailers and online at the New Balance webstore. 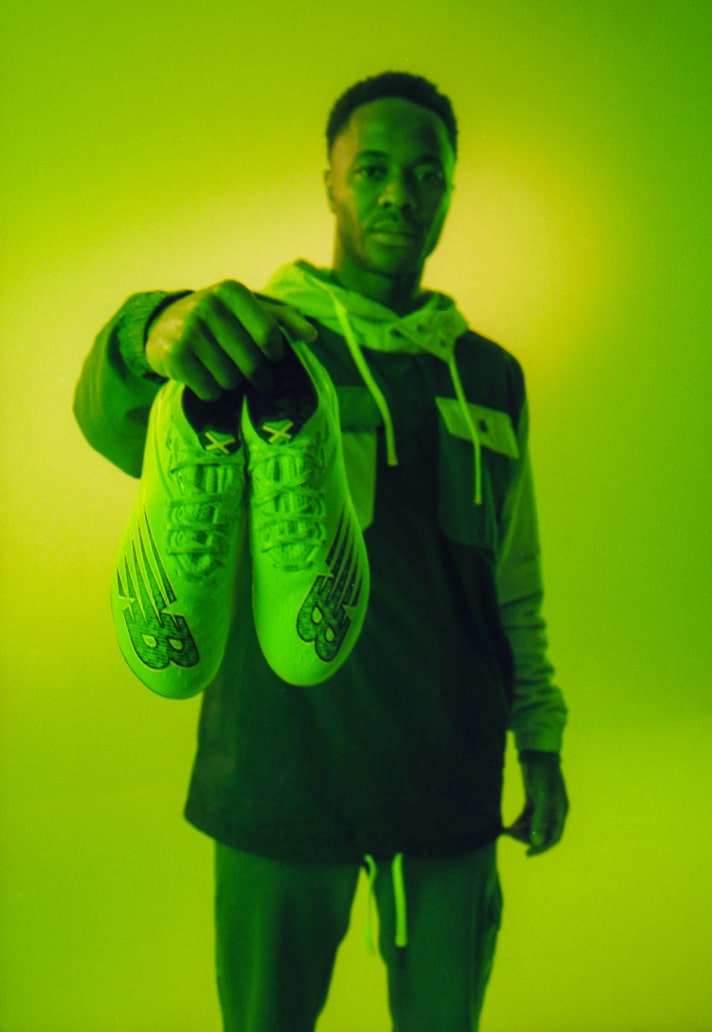 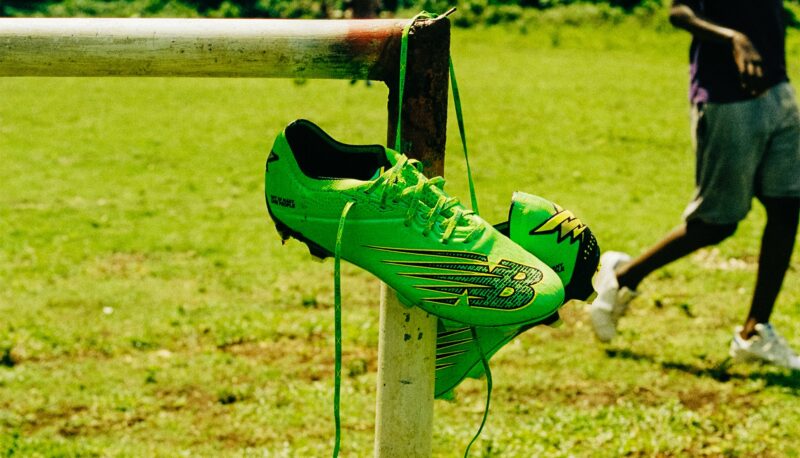 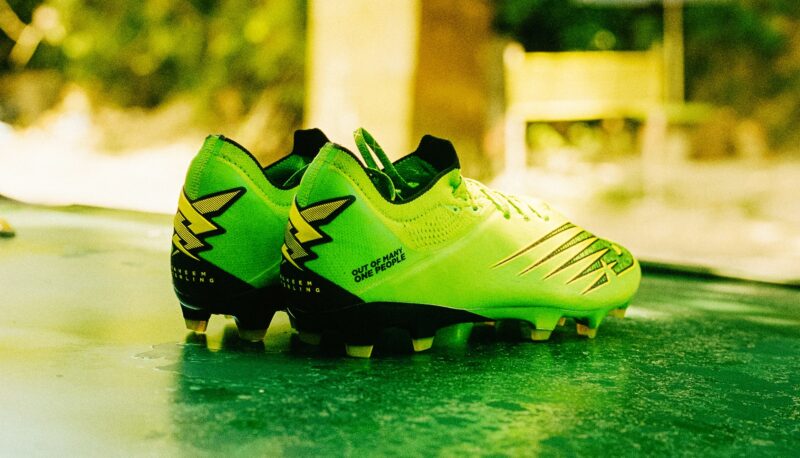 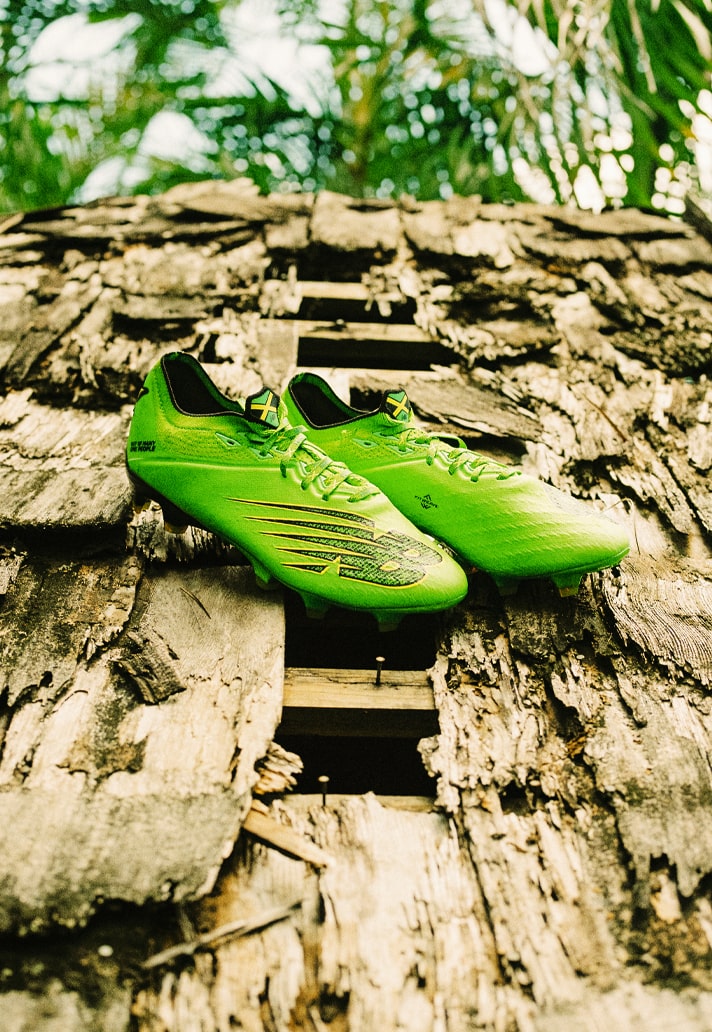 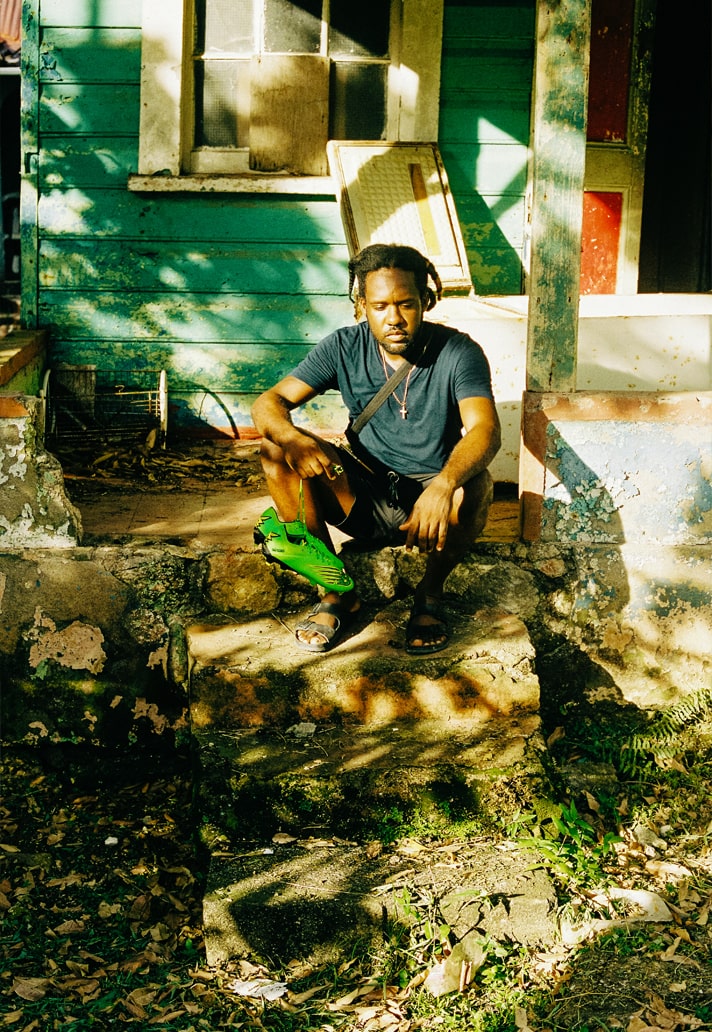 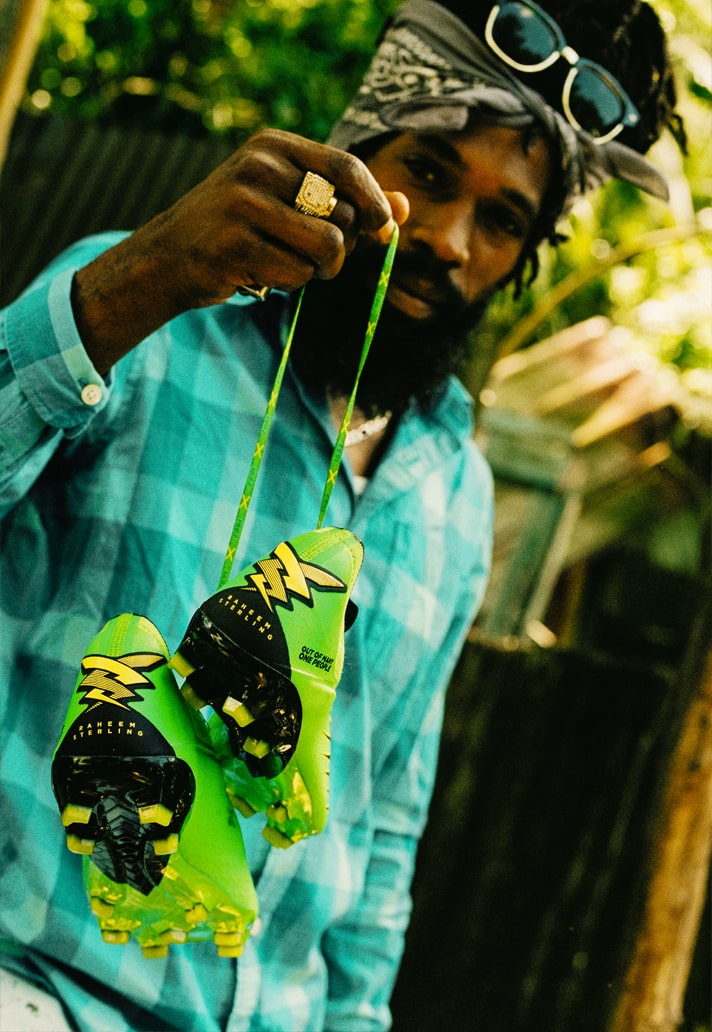 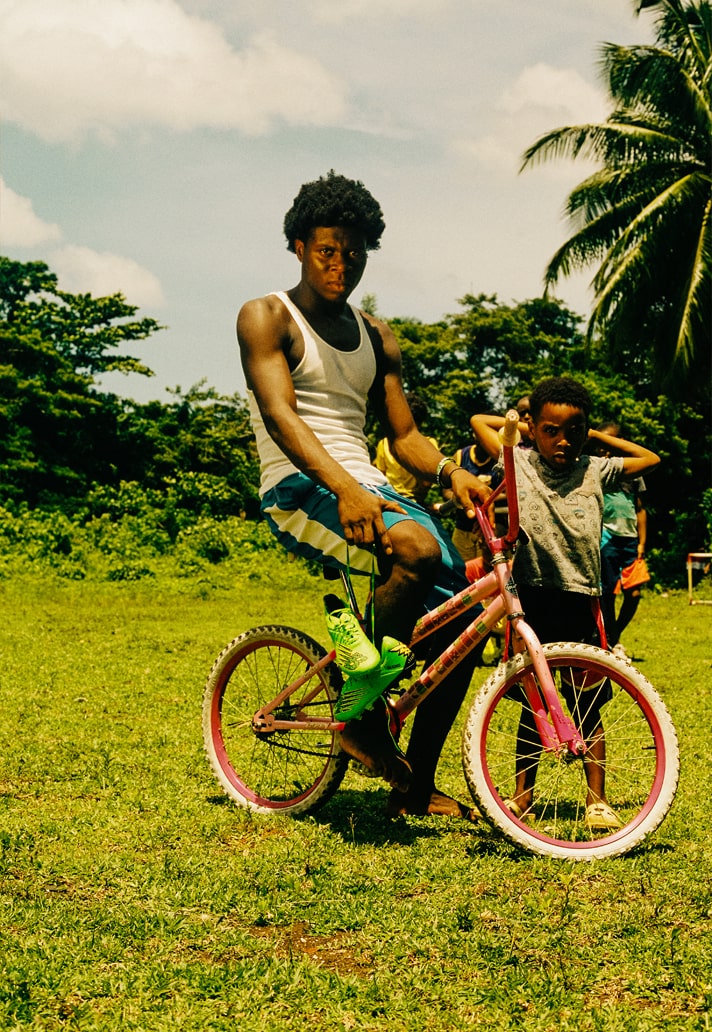 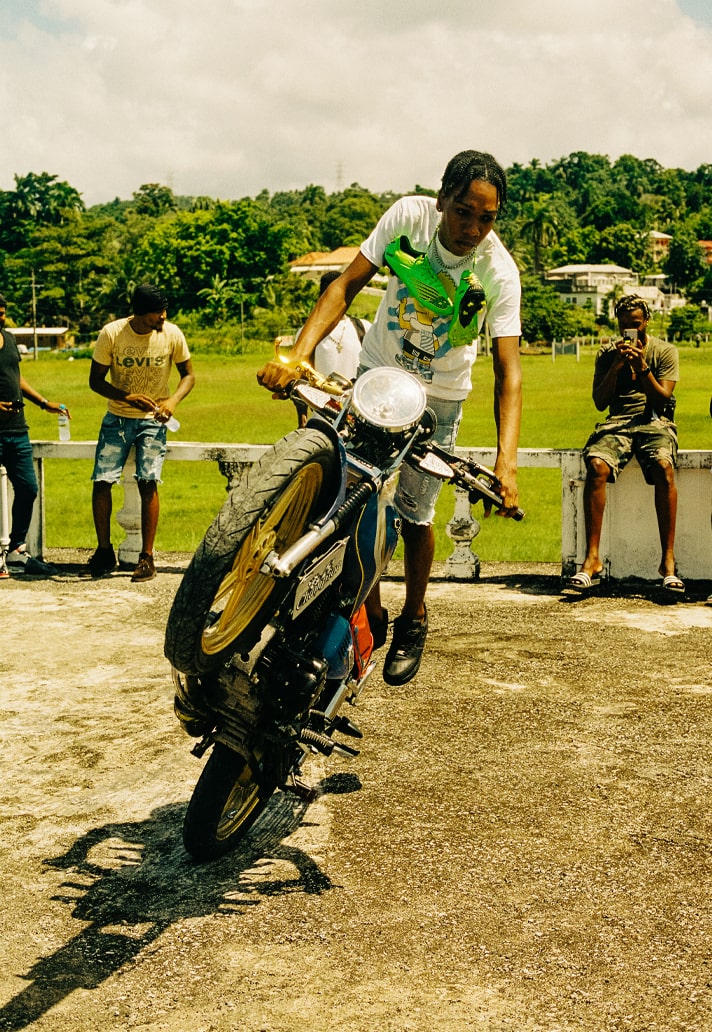