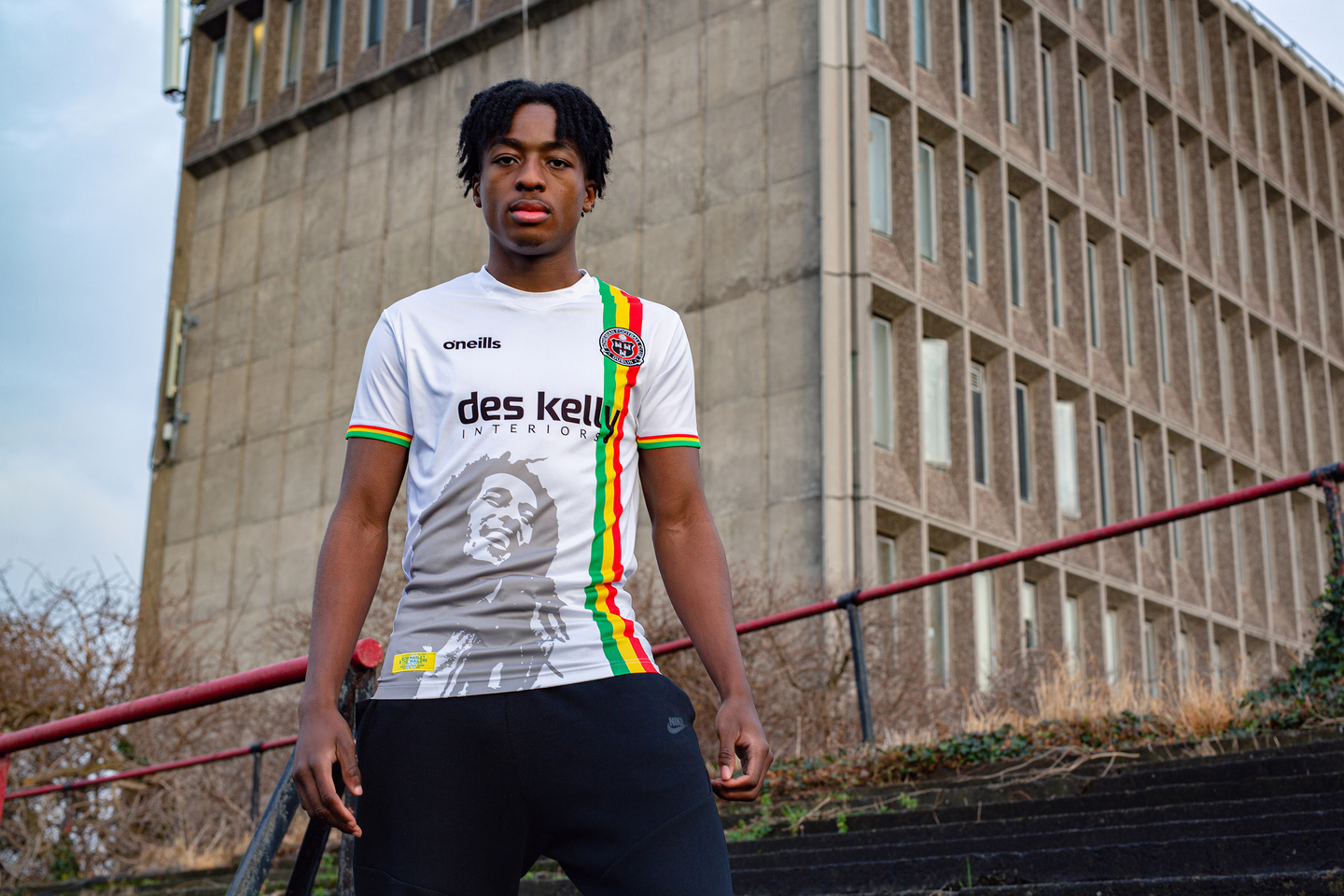 Irish side Bohemian Football Club have linked up with the Bob Marley family and Bravado to release the club’s new away jersey for 2022.

Manufactured by O’Neills kit pays homage to the music icon’s last ever outdoor concert, which took place at the club’s Dalymount Park, on July 6th, 1980. The jersey features a graphic of Marley that emulates a mural that appears at Dalymount, as well as red, gold and green sash on the front, neck and sleeve trims and an embroidered hem tag of the original concert ticket on the lower front.

Bohemians is a 100% fan-owned football clubs who been playing in Ireland’s top football division every year since 1890. The not-for-profit football club are ran ‘by the people, for the people’, fully democratic and inclusive based on the value of ‘one person one vote’.

The club’s morales and equity-first approach strongly resonate with Marley’s, who himself once asked for ticket prices for the concert to be lowered to affirm his solidarity with Ireland and allow anyone to attend. Bohemians are a club committed to inclusivity, progressiveness and a desire to use sport as a force for good in society to bring about positive change.

With those ethics in mind, 10% of the profits from the shirt will be used by Bohemian Football Club to purchase musical instruments and football equipment to provide to people in Asylum Centres across Ireland. This will be done in conjunction with club partners ‘Movement of Asylum Seekers in Ireland’ (MASI).

Pat Egan himself said: “I think this is a brilliant thing in terms of the memories of the day, the first major worldwide star to play an open air gig in Ireland. It will be an iconic shirt and help keep the Marley legend alive and well on our island. The day itself, to see him on stage in the stadium, with the huge church steeple in the background was out of this world.”

For more information on how to pre-order the kit head here, and get a closer look at the kit below. 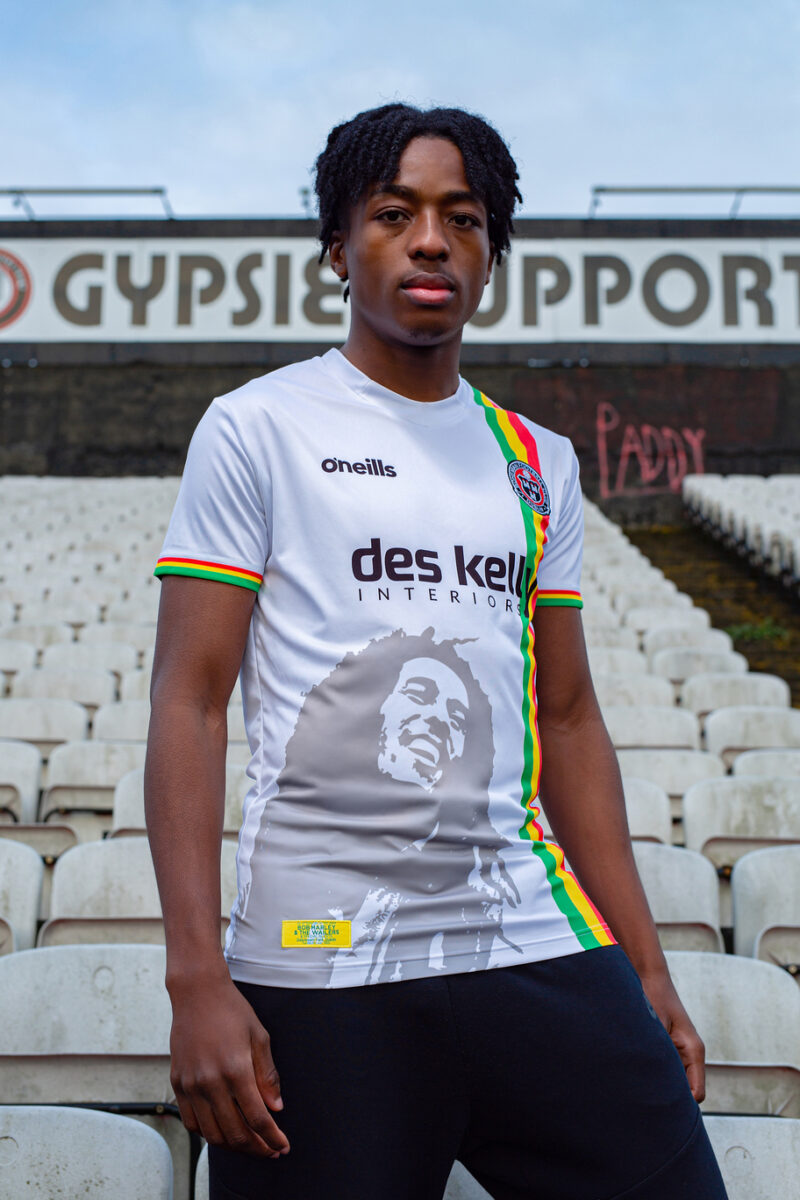 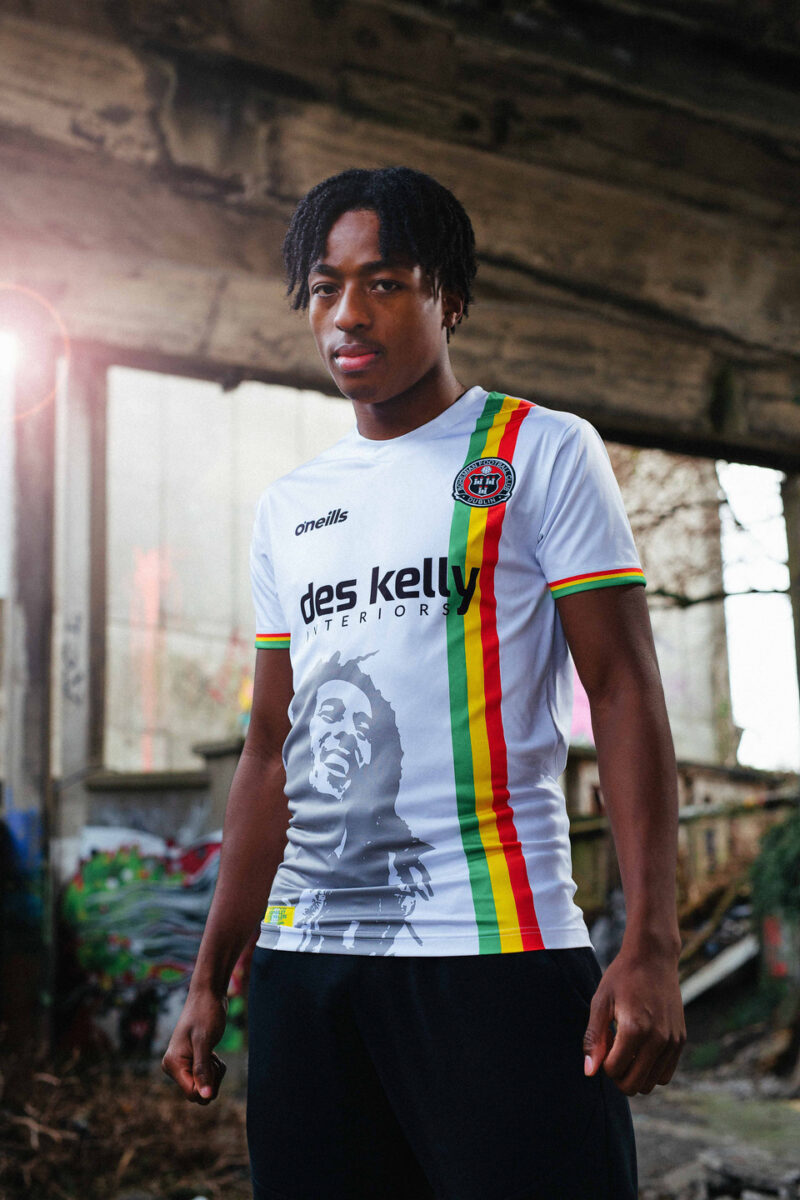 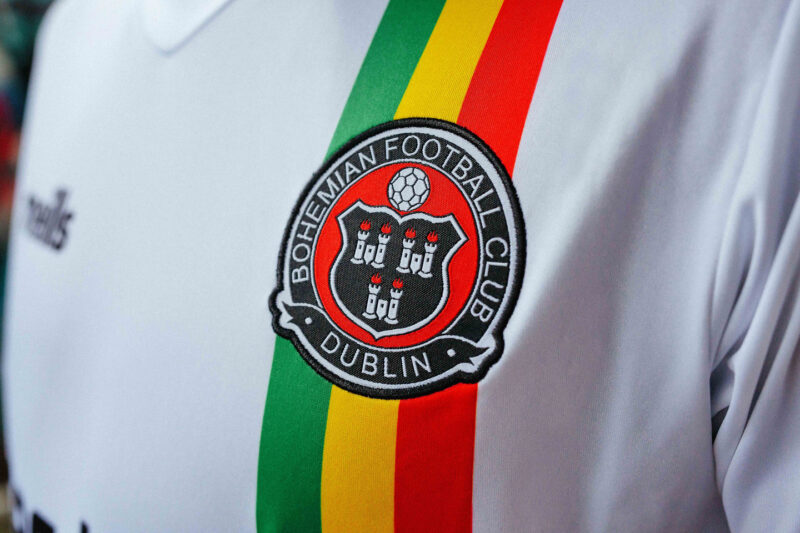 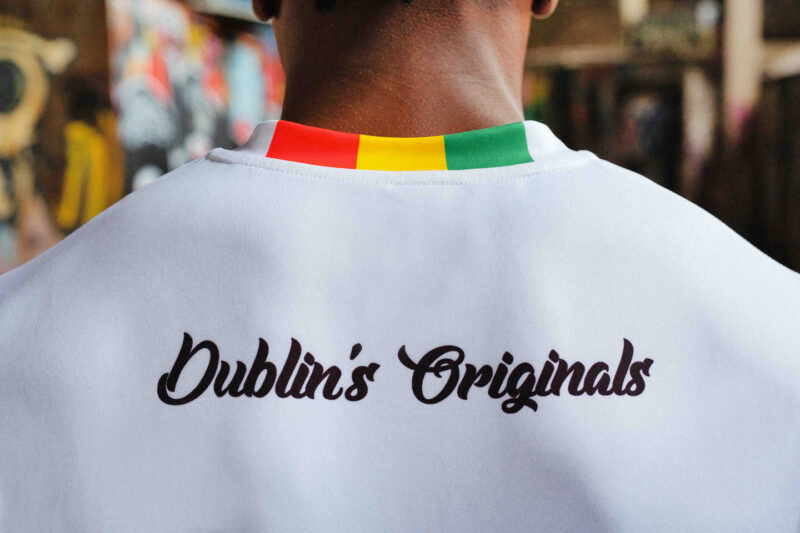 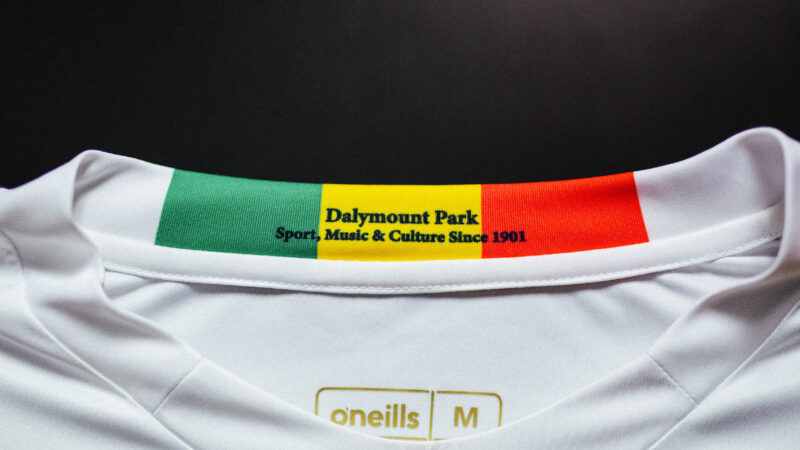 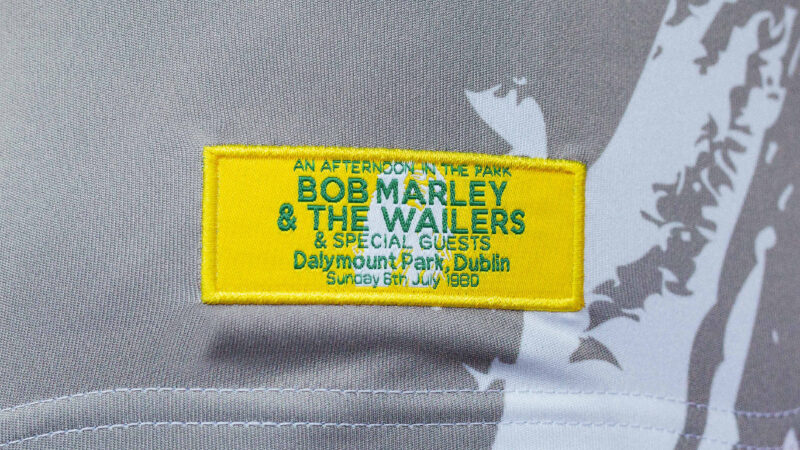 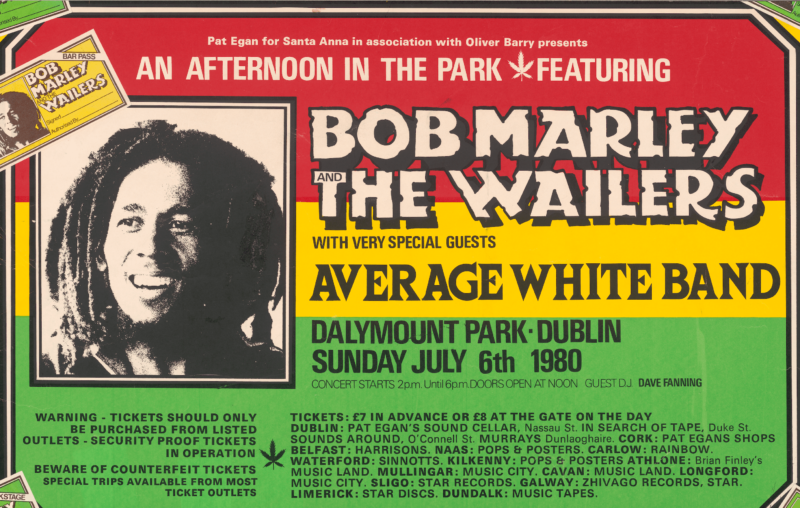 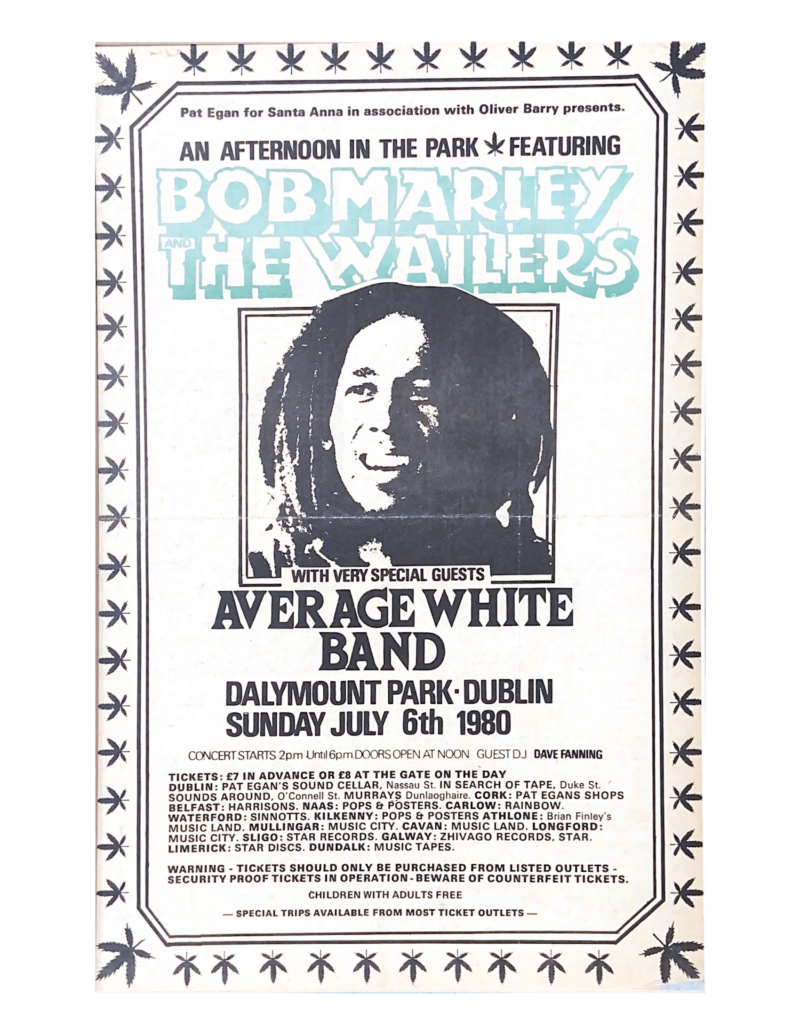