The next generation of Londoners are facing more challenges than ever, but Arsenal star Emile Smith Rowe wants to use his platform to help spread the right message and bring change to his city.

As one of the most vibrant communities in the world, London is a hotbed of different backgrounds and remains one of the world’s most culturally innovative cities. Despite this, the last two years have been tough for everyone in the capital due to the pandemic and political uncertainty – and those effects of this have been felt by the next generation too.

Amidst all of the above, an issue that has plagued the city for a long time continues to worsen. 2021 saw the most teenage murders ever recorded in the city. 30 young lives were lost due to acts of violence. A majority of these acts were inflicted with knives.

Youth violence in the capital is not new – but that doesn’t mean that it hurts any less. Families are losing loved ones. Friends are losing peers. The issues resulting in youth violence are abundant, but Arsenal and adidas are joining forces for a cause seeking to tackle the ongoing issues in the city.

The No More Red initiative aims to do two things: provide opportunities for Arsenal’s local community and offer safe spaces for those that need them. Combining the two, it is hoped that young people can find the right avenues that keep them away from potential routes that can end in tragedy or lead to danger. With Arsenal set to wear an all-white kit as part of the launch, the symbolic shirt will serve as a beacon of unity in bringing the city together, no matter their club allegiances.

Emile Smith Rowe is every inch the present and future of Arsenal Football Club. The Hale End graduate is taking the North London side back to where they belong with his performances this season, becoming one of the standout players in a huge season of change at the club. But beyond all of this, Smith Rowe is a 21-year-old from Thornton Heath, South London, who was fortunate to have football as a means to escape from other societal pressures.

ESR is not just a new wave baller, but a member of London’s next generation. His agemates are directly affected by what is going on in the capital – and as someone who has frequented both North and South London growing up, Emile is acutely aware of what is going on in the city. All of this makes him the perfect man to launch No More Red, a campaign co-created by adidas and Arsenal to help combat youth violence in his city.

Despite still being so young, it’s evident Emile understands the position he has and how fortunate he was to not go down other pathways that could have adversely affected him. To discover more about his involvement with No More Red, we linked up with Emile Smith Rowe to discuss why the campaign is important to him, the realities of growing up in London and what it feels like to be a role model for his own generation. 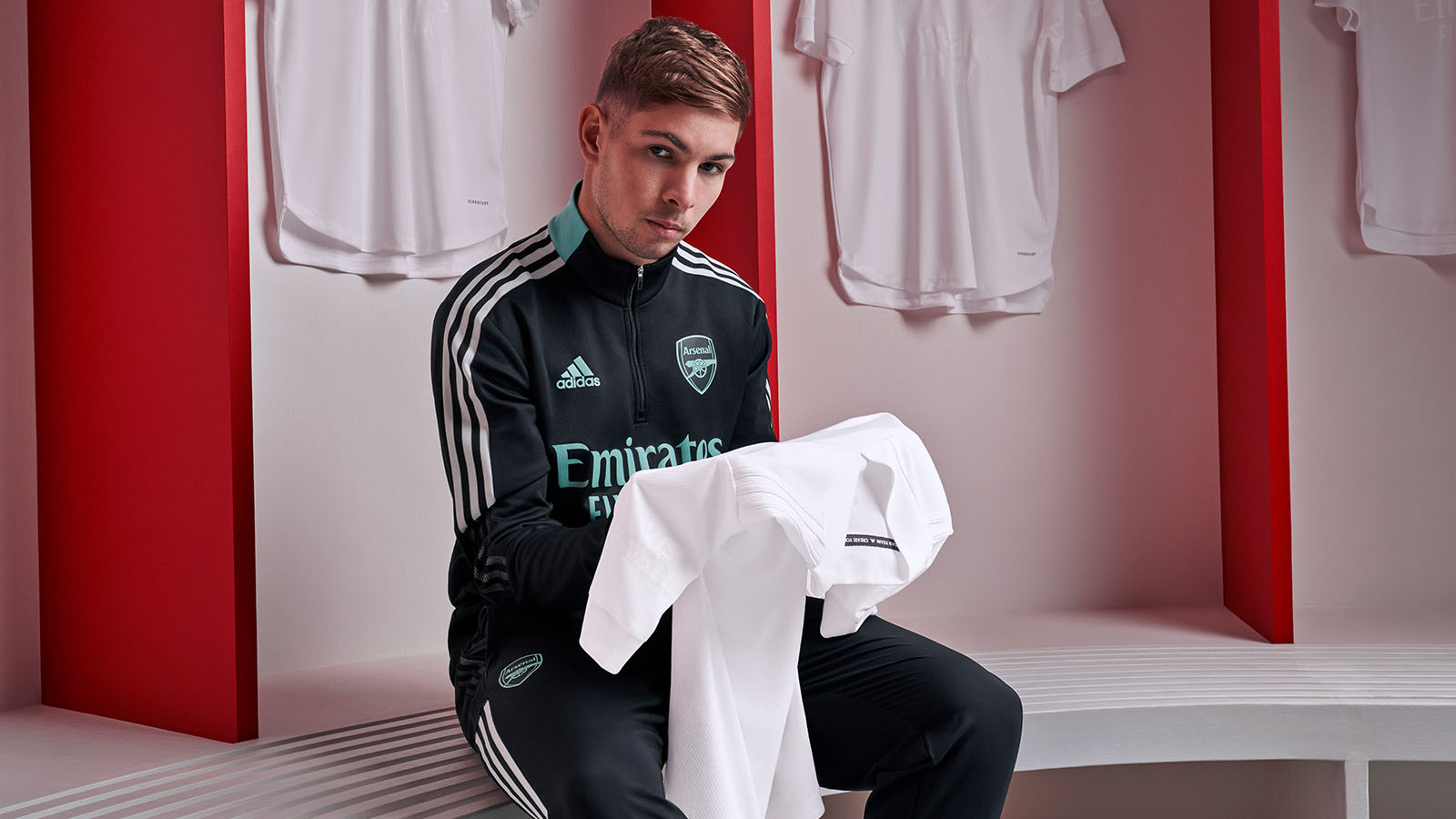 VERSUS: As a young person who grew up in South London and played football in different areas, how important is togetherness for you?

Emile: I feel togetherness is really important. I had to travel a lot to different places around the country. Meeting new people and understanding their cultures was important to me. It brings you together. For me personally, I’ve been taught to listen to people and find out more about them so travelling enabled me to do that.

The symbolism of the shirt is obviously powerful and as you’ve mentioned, it is a sensitive issue. Do you think football is a powerful tool to overcome what has been happening in London in our lifetimes?

100%. You see the players who have come out of London to make it pro. Football is a sport that can bring people together. It’s a message I want to send to young people, for sure. It’s so much easier in life when you are doing something that you value and enjoy.

Thinking back to when you were growing up, how important were your family and role models in keeping you on the path you chose?

It was taking two or more hours to get to training. I know people go through a lot worse, but it’s hard and then doing a two hour session and getting home late with school in the morning. My older brother has been super important too. I can’t thank them enough.

Arsenal have loads of community initiatives around football to help local youth. Did you ever benefit from similar programmes?

When I was in the South, we had a youth club in Croydon. We used to go there and play table tennis or just kick it and play PlayStation. I was always thinking about football though so I would go to the park behind my house and play in the cage – we literally just jumped over and played back then. Youth clubs were – and continue to be – important to give kids a place away from the streets and allows for socialising. 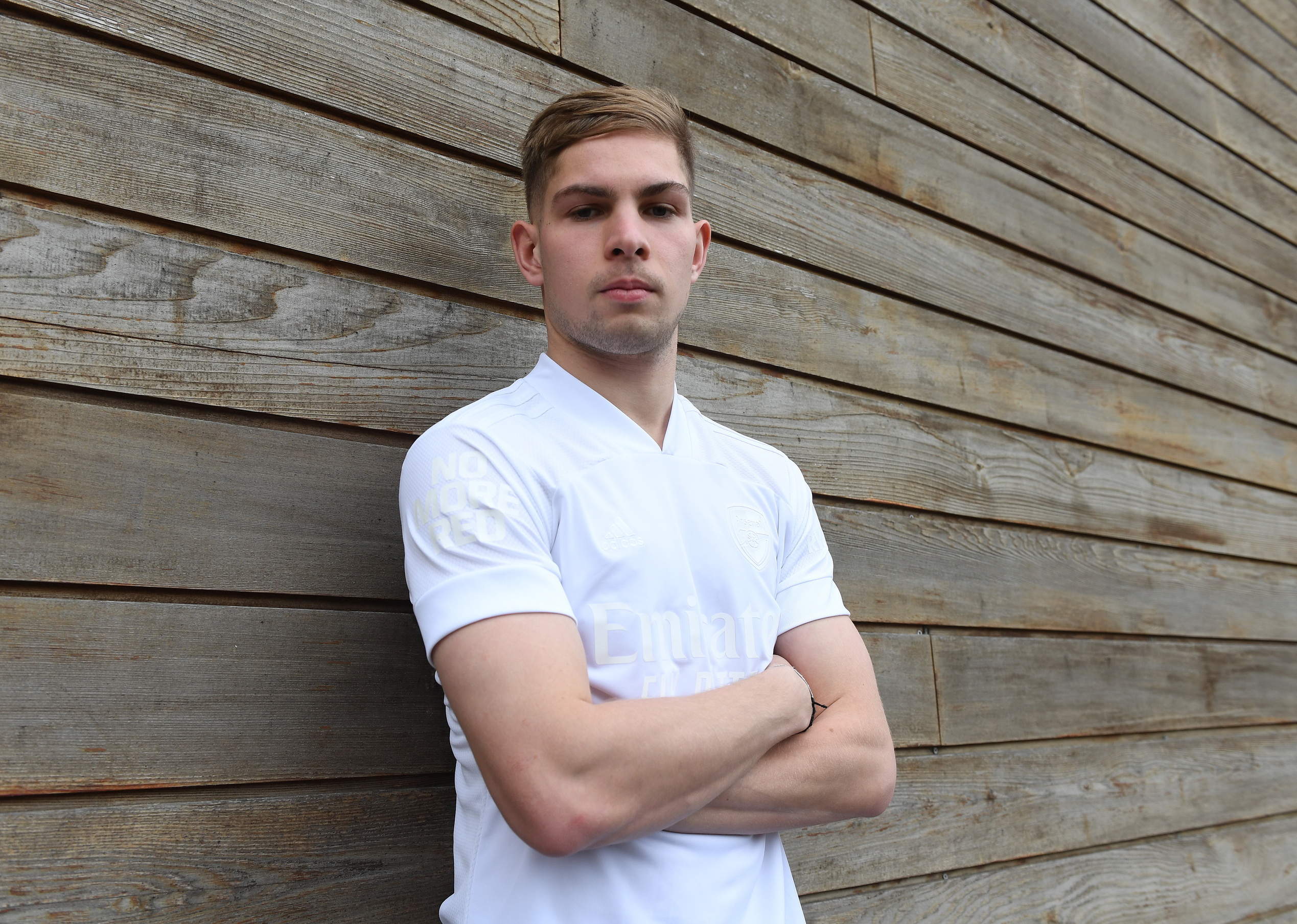 How important is it to you for your club to be leading an initiative like No More Red?

It’s really important and speaks for itself really. It just makes me proud to be a part of this club. We are leading the way and that’s how it should be with Arsenal. I was personally raised to give back so for my club to be doing that is special for me.

Football is now your career but how important was it for you when you were growing up?

Do you feel like you are a role model due to your position?

I haven’t really thought about that. I’m sure I am to some people out there. That makes me even prouder. I’ve come a long way and been through a lot. So to be where I am today, I am grateful. I just wanna do as much as I can to keep on giving back and helping people.

What do you hope will come from the No More Red initiative?

I hope there can be a change. I hope that young people can find a way out of this serious situation. I know it’s difficult and tough. Loads of people don’t know what to do. Initiatives like his can help though. We can really help people. That’s what I hope will happen

Thinking back, did you ever worry about growing up in London?

Definitely. I had a few personal problems myself when I was in school – it was difficult at the time. That’s part of why my mum moved me out of the area. I don’t regret that move, and I don’t regret living there either.

I haven’t been in contact with anyone since, but I’m sure my friends are looking out for me. I did have some personal stuff at one stage, so my mum decided to move me out after my first year at school. 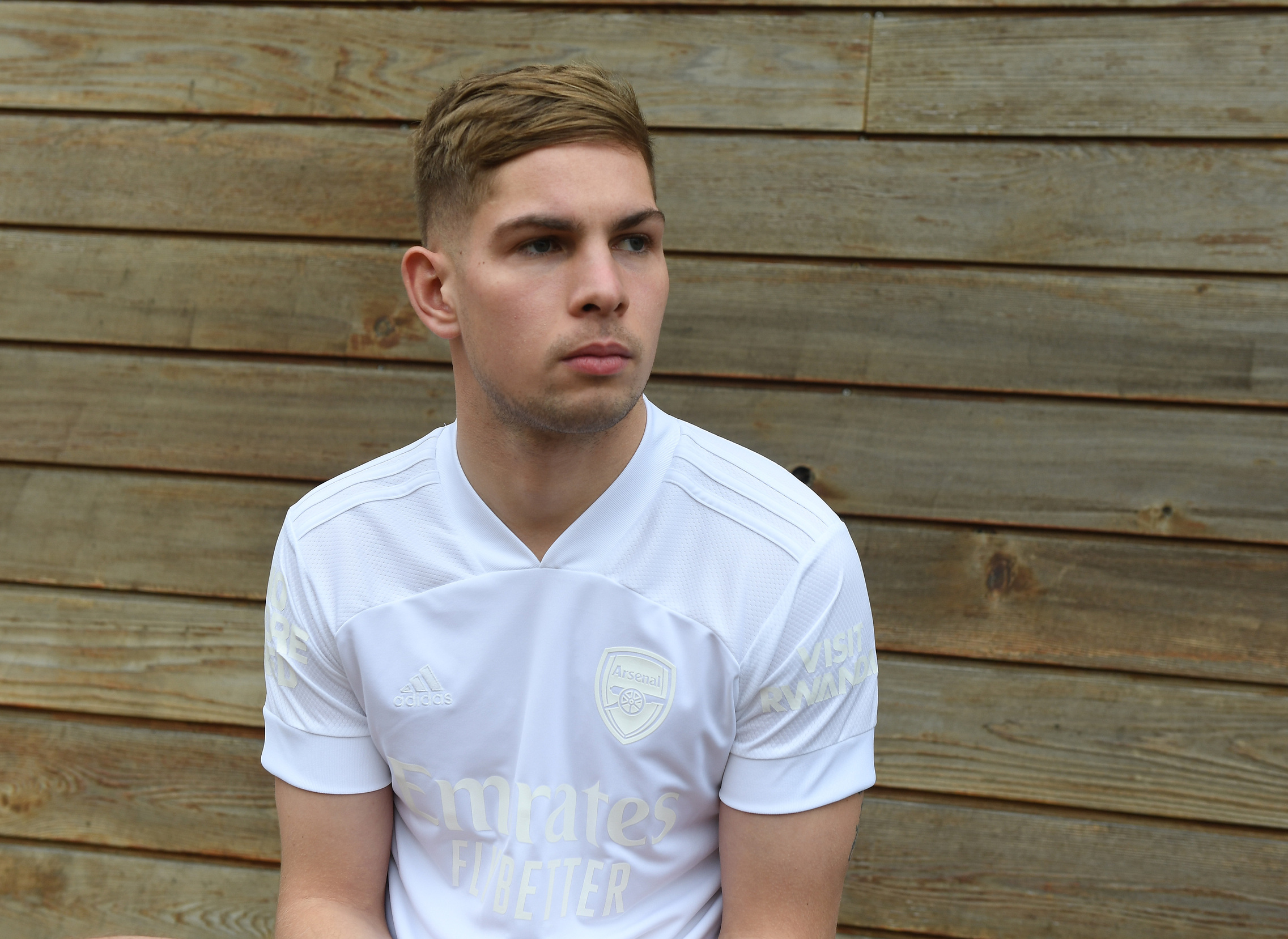 What advice would you give to young kids growing up in London now?

If you do get an opportunity to do something that gets you away from the streets or negative influences, take it. It can help and push you onto other things. It’s really important not to get caught up with the wrong people or have your life end up in a wrong way.

This is a hugely significant moment in the club’s history. In terms of the design of the shirt, what are your thoughts on it and the No More Red Initiative?

The kit is sick! All white… I can’t wait to wear it. It looks really good. I’m buzzing to wear it on pitch and support what it stands for. I’m proud to be involved in such an initiative. I’m grateful for the position that I’m in now, and I always want to try and help causes like this. I want to give back and it’s important for me to be involved.

Do you think the colour will have any impact in uniting the city?

Life isn’t all about football. There is more important stuff going on in the world. At some point we all have to get together and something serious like this is a perfect reason and we can use football to help. I think it’s important for us all to come together for a great purpose, and a cause we can all believe in.

For more information on Arsenal and adidas’ No More Red initiative, head here.