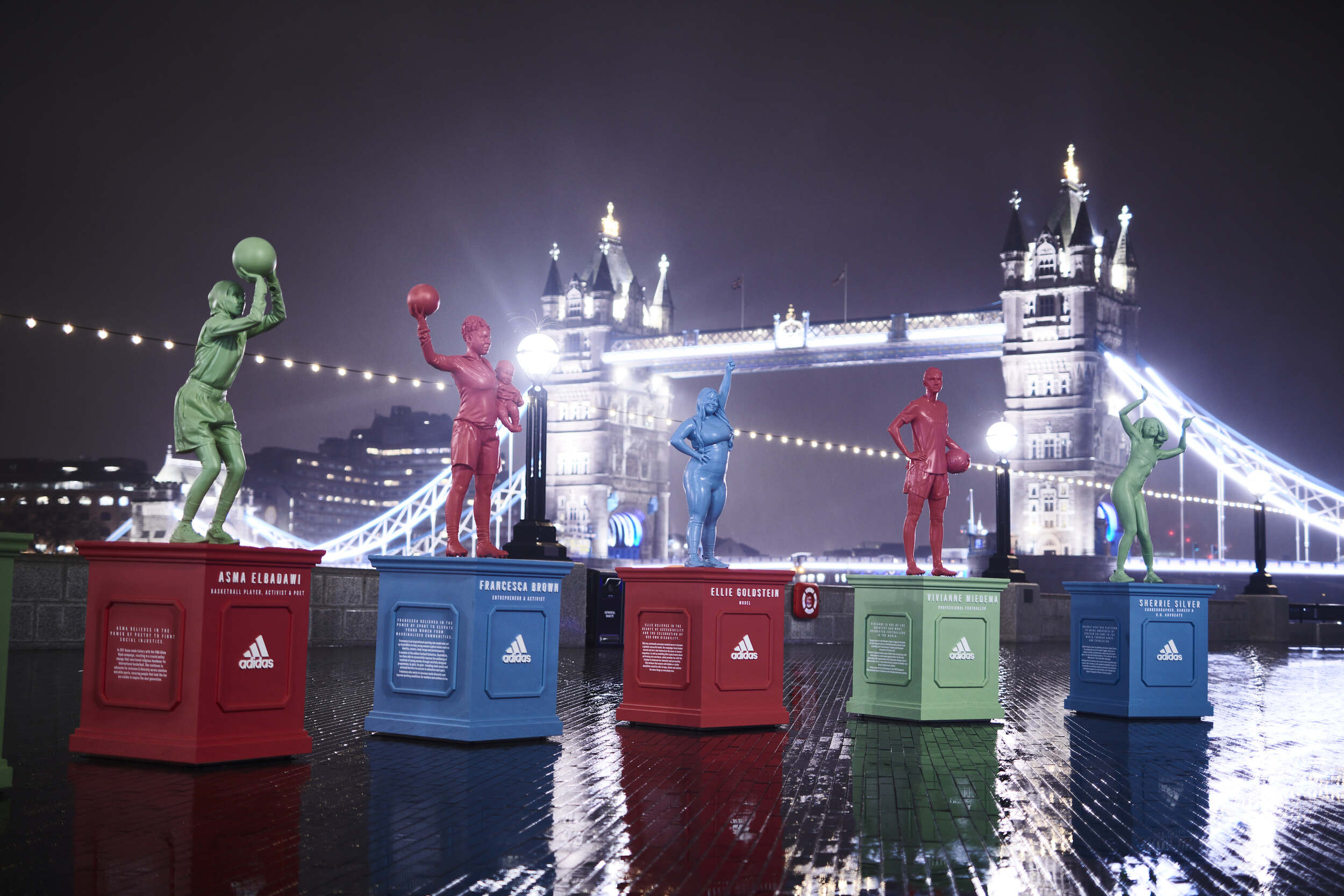 The Three Stripes have immortalized their commitment to grow and support women’s sport by unveiling a series of statues representing several trailblazers in the worlds of football, basketball, dance and rugby.

As part of adidas’ latest Bra Collection launch, research highlighted how few women were ‘awarded’ statues in London. According to their findings, the Capital has more monuments of men (21%) and animals (8%) than it does of women (4%).

To help rectify those worryingly low numbers, adidas have honoured some of the UK’s most inspiring, influential and iconic talent across sport, fashion and culture. The 3D printed statues – made entirely from recycled marine farmed waste plastics – aim to increase representation of women in London.

Such representation will only inspire the next generation of changemakers, and help to create a better, more equal future for women and girls in sport.

Removing barriers to girls and young women accessing the beautiful game is something we can wholeheartedly get behind.

The statues will be placed on the South Bank, under Tower Bridge for the next two weeks before being placed permanently elsewhere. Take a closer look at the statues below.

An array of items from the Bra Collection are now available to purchase via adidas. 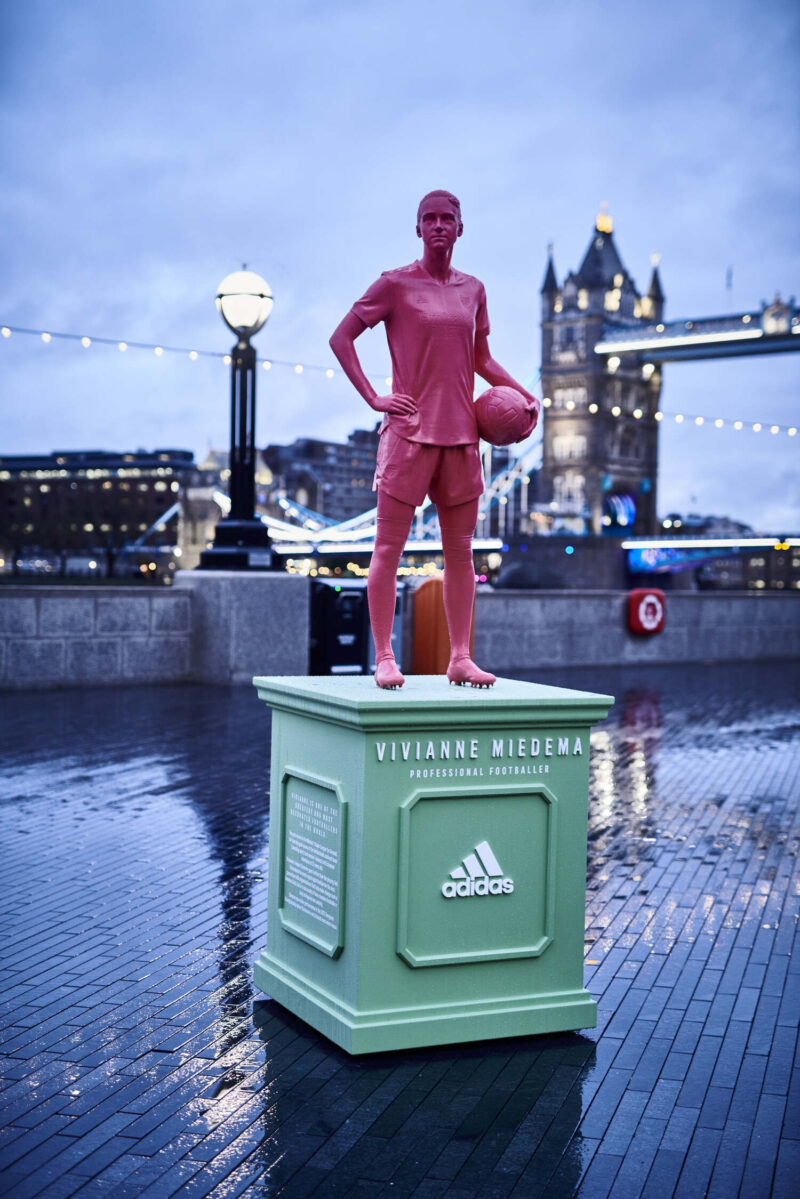 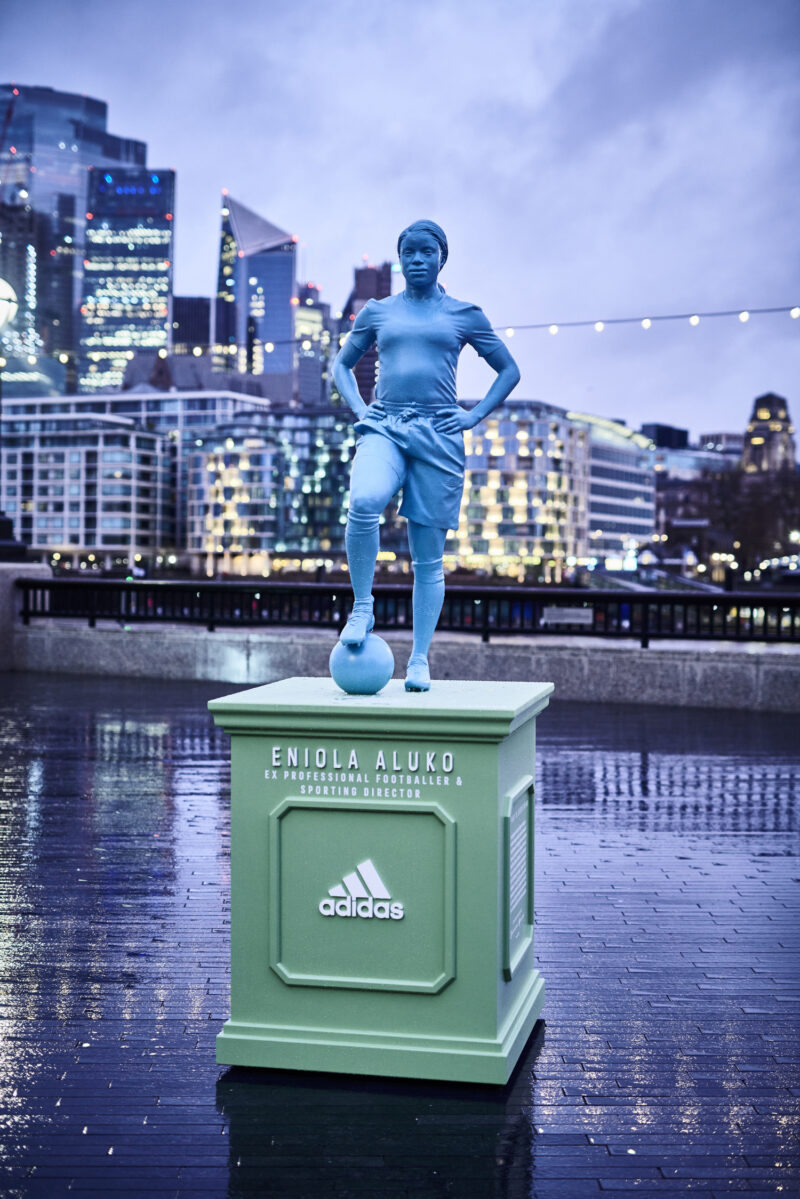 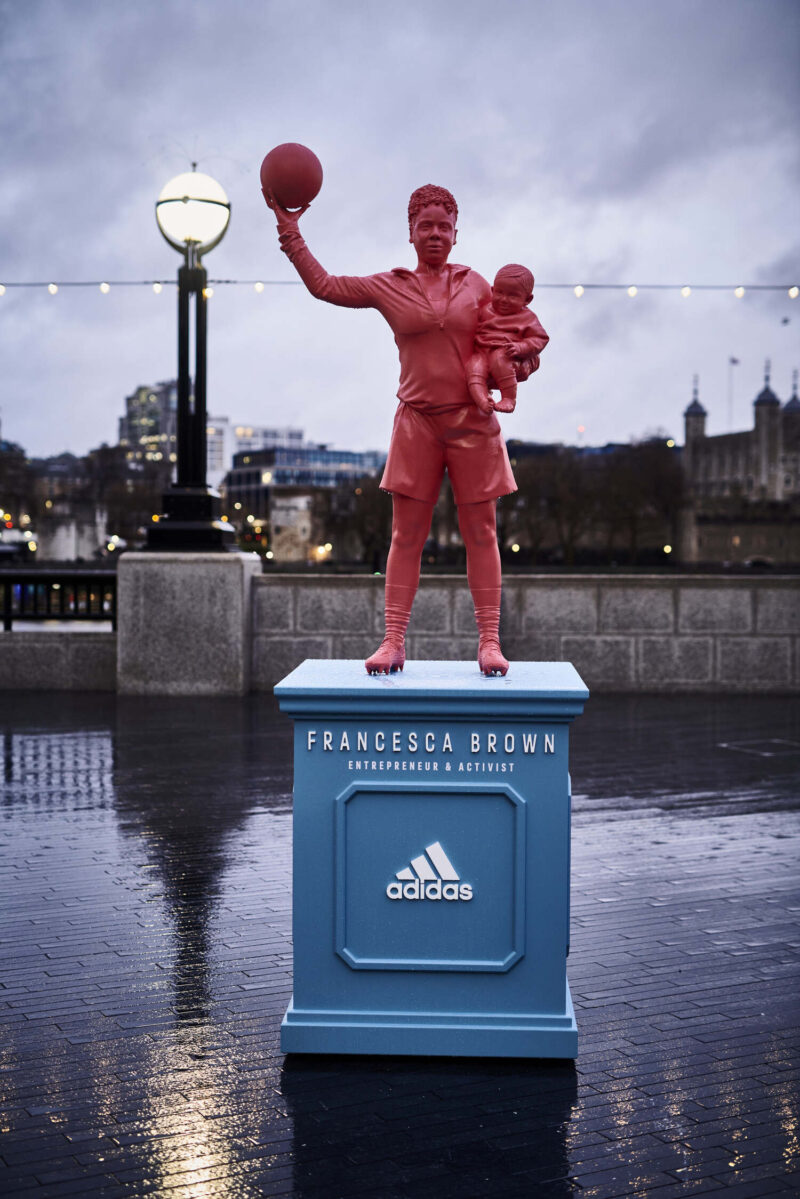