On February 24, Russia launched a large-scale invasion of Ukraine. This act of war rightfully brought about widespread condemnation and support for the Ukrainian people from politicians, journalists, academics and – surprisingly to some – the world of football.

Last weekend’s fixture between Everton and Manchester City saw an emotional embrace between the teams’ Ukrainian players Vitaliy Mykolenko and Oleksandr Zinchenko. This poignant moment was applauded by the Goodison Park faithful, who flooded the stands with Ukrainian flags. Solidarity was ubiquitous elsewhere across the Premier League. Manchester United joined Watford in holding up a banner emblazoned with the word “Peace” in multiple languages. Declan Rice held up a ‘Yarmolenko’ jersey while West Ham lined up for their game against Wolves. Both sets of fans at the Carabao Cup final held up Ukrainian flags pre-match.

And it wasn’t just the Premier League. Ligue 1, Bundesliga and La Liga all saw fixtures decorated with pro-Ukrainian messages, and rightfully so. Even UEFA and FIFA eventually took a stand by removing Gazprom sponsorship from the Champions League and eliminating Russian teams from international competitions.

But this is a far cry from how those who run football have previously responded to systemic oppression, acts of war, and human rights abuses elsewhere in the world.

Last year’s invasion of Sheik Jarrah in Palestine by the Israeli Defence Forces (IDF) sparked individual shows of solidarity from players like Paul Pogba, Hamza Choudhury and Wesley Fofana. Amnesty International, one of the world’s biggest human rights organisations, produced a report last month denouncing the actions of the Israeli state as a crime against humanity. Archbishop Desmond Tutu also labelled Israel an apartheid state. One would think therefore, that football would be equally supportive of players and fans wanting to take a stand? 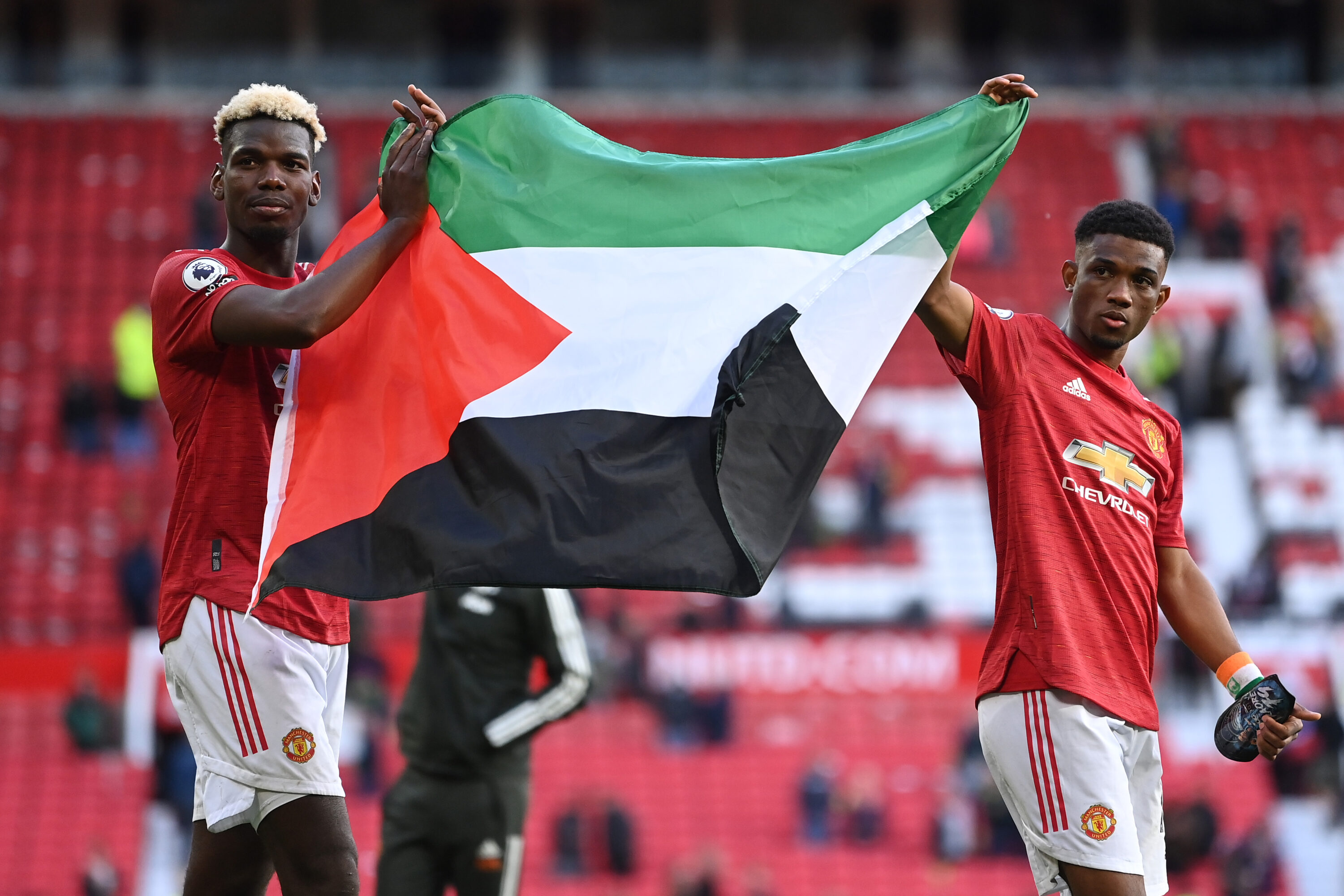 On the contrary. When Celtic waved Palestinian flags in a 2016 Champion’s League match UEFA fined them £8,616. The waving of the Palestinian flag allegedly breached UEFA guidelines to display “gestures, words, objects or any other means to transmit any message that is not fit for a sports event, particularly messages that are of a political, ideological, religious, offensive or provocative nature.” This is the same UEFA who this week removed removed Spartak Moscow from the Europa League in response to Russian aggression and moved the final of the Champions League. I don’t want to see Russian teams compete in Europe or for European fixtures to be held there right now, far from it. But football can either embrace its ability to impact politics, or it can’t. It’s disingenuous to only care when white people are being affected.

The moral inconsistency with which these decisions are made is longstanding. FIFA awarded Russia the 2018 World Cup, four years after Russia’s annexation of Crimea. This was the start of an eight-year war which has now culminated in the harrowing scenes we’ve witnessed over the past week. UEFA aren’t responsible for FIFA’s decisions, but in order for football to operate in a globalised world there needs to be some level of collaboration.

Letting a country host a World Cup after starting a war, then punishing them when the war hits the news, is a really bad look. It makes the whole of football look like it’s going through the motions and reacting solely to social media trends. Much in the way performative acts of LGBTQIA+ solidarity are rendered ridiculous by indulging in a Qatar World Cup, where fans who are sexual minorities would not be welcome. This hypocrisy damages the integrity of any acts of solidarity.

“The frustration of football fans who have never felt represented is palpable.”

The Premier League and the British political class is equally culpable. Labour MP Chris Bryant recently called for the UK government to seize Roman Abramovich’s assets including Chelsea football club. The implication here is that Russians shouldn’t be allowed to own football clubs because Russia’s invasion of Ukraine is an affront to civilised democracy. Whether that’s fair or not, I don’t know. But if we’re taking a stance that those who don’t respect democracy can’t own British football clubs, then we need to question why the Premier League green lit Manchester City being bought by the United Arab Emirates’ Sheikh Mansour, or why in 2021 the Premier League allowed a Saudi takeover of Newcastle despite journalist Jamal Khashoggi being murdered in a Saudi embassy in 2018.

The frustration of football fans from marginalised backgrounds – who have never felt the same support from the game they love – is palpable. This isn’t the fault of Ukrainians or those in support of Ukraine, and it should never mitigate our sympathy for them or a desire to see peace as soon as we can.

But we do need to see football bodies work together to lobby their influence and act in the interest of all football fans. Not just when it suits commercial aims and Western politics. I want to see UEFA, FIFA, CONCACAF, CONMEBOL and all the major European leagues commit to working with human rights organisations to establish a clear sporting code of conduct. Any countries or conglomerates that fail to adhere to stipulations don’t get to own football teams, host matches or have matches televised in their countries. No exceptions.