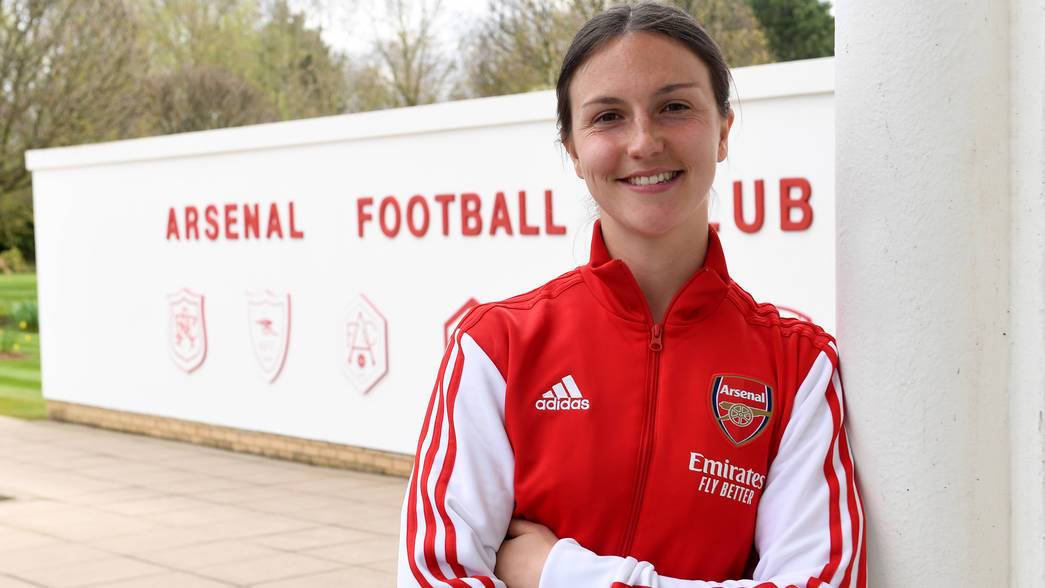 Lotte Wubben-Moy has signed a new contract with her childhood club Arsenal, and has also made a long-term commitment to actively work with Arsenal in the Community as part of the re-signing.

Over the coming years, Wubben-Moy and Arsenal in the Community will work together to develop an impactful programme which uses the power of football to help girls and young women to build self-confidence, develop communication skills and try new activities on and off the pitch.

Wubben-Moy’s passions extend beyond football, with the defender set on attending sessions dedicated to art and creative writing at Arsenal’s Community Hub near Emirates Stadium.

They don’t come much more Arsenal than Wubben-Moy. The lifelong fan rose through the club’s youth academy ranks before making her senior debut at just 16-years-old. After playing collegiate level football with the North Carolina Tar Heels, Wubben-Moy rejoined the Gunners in 2020 where she’s since gone to make 61 appearances for the North London club.

The defender’s commitment to support Arsenal’s local and neighbouring areas is not only an indicator of how much the club means to her, but also the responsibility players now feel they have to give back to the game that’s given them so much over the years. Wubben-Moy represents a new generation of ballers, one where players want to evoke change off the pitch as much as they do on it.

“Growing up in Hackney, in East London, I’ve been part of the areas – the communities – where Arsenal in the Community have been so active,” said Wubben-Moy. “To then be able to use this moment to commit to a future not only on the pitch but off the pitch too, in collaboration with Arsenal, I think is so important.”

Arsenal’s been referred to a ‘classy club’ over the years, and Wubben-Moy is most definitely an example of that. Here’s to more young guns using their platform to make football and wider society a better place.