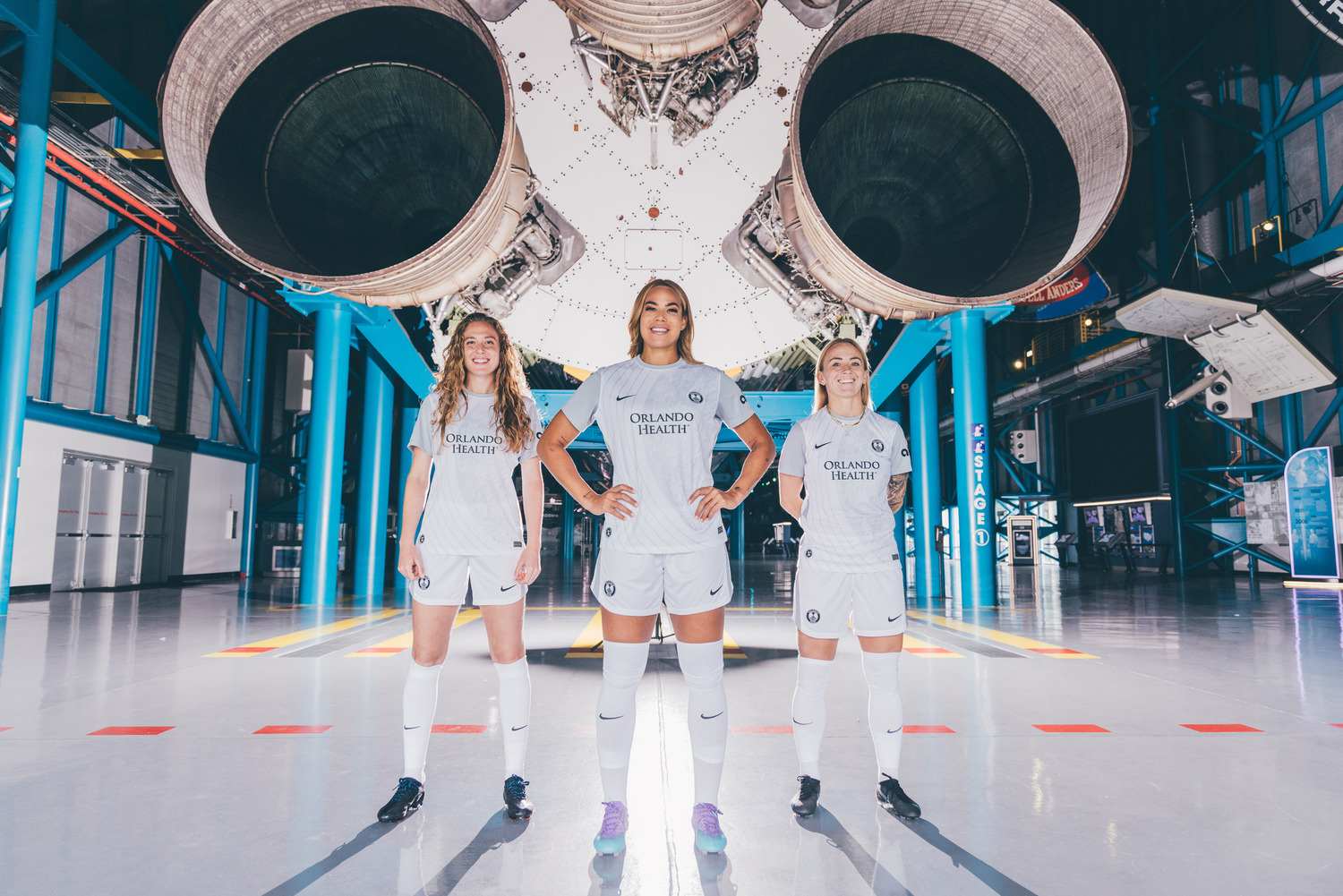 Inspired by Florida’s Space Coast and NASA’s Artemis Lunar Exploration Program, which aims to land the first woman and person of colour on the moon by 2025, Orlando Pride’s latest Lunar themed kit drop is all about paying homage to some of the biggest trailblazers on and off the pitch.

“We are proud to again to bring a kit to our fans and our players that represents something bigger than soccer, with roots in our local community but a story that connects to so many around the world,” says Orlando SVP of Brand and Marketing Pedro Araujo. “Like the historymakers the Luna Kit pays tribute to, we’re excited to see our players wear this jersey on the field to continue inspiring the next generation of groundbreakers and pioneers.”

Following on from the the success of last season’s Ad Astra Kit – which recognised icons who laid the foundation for women and minorities in space exploration – the Luna Kit completes the story, with this year marking the 50th anniversary of the last lunar landing.

The kit’s base colour is ‘Astronaut White’ with its collar, sleeves and trim adorned with ‘Moon Grey’ – a colour scheme which carries through to the shorts. The main body of the kit showcases the texture of the Moon’s surface and the orbital rings of the solar system, also in ‘Moon Grey’.

The back of the shirt features players’ names and numbers in ‘Rocket Aluminum’, a metallic sheen that is inspired by the thermal space blankets that protect spacecrafts, equipment and astronauts from the temperature fluctuations outside the earth’s atmosphere.

On the inside of the neck, the phrase: ‘To The Moon’ can be found, reminding fans and players of the unlimited possibilities ahead. And for a consecutive year, the kit is complete with a one-colour, ‘knockout’ Orlando Pride crest, this time embroidered in ‘Space Black’.

The kit’s embellishment shows a depiction of Artemis, the Greek goddess and twin sister of Apollo, the latter whose namesake was used for NASA’s first lunar landing and exploration missions. An immortal Artemis is known as the goddess of the hunt and the Moon, and was gifted with the power of perfect aim using her bow and arrow. Sounds a bit like Orlando Pride’s Marta and her left foot.

As part of the kit’s unveiling campaign, members of The Pride roster returned to Kennedy Space Center and took part in the promotional photoshoot at the “Apollo/Saturn V Center: Race to the Moon” exhibit.

The jersey will serve as the Club’s ‘secondary kit’ for the upcoming season, and is available for pre-order via their official online store. 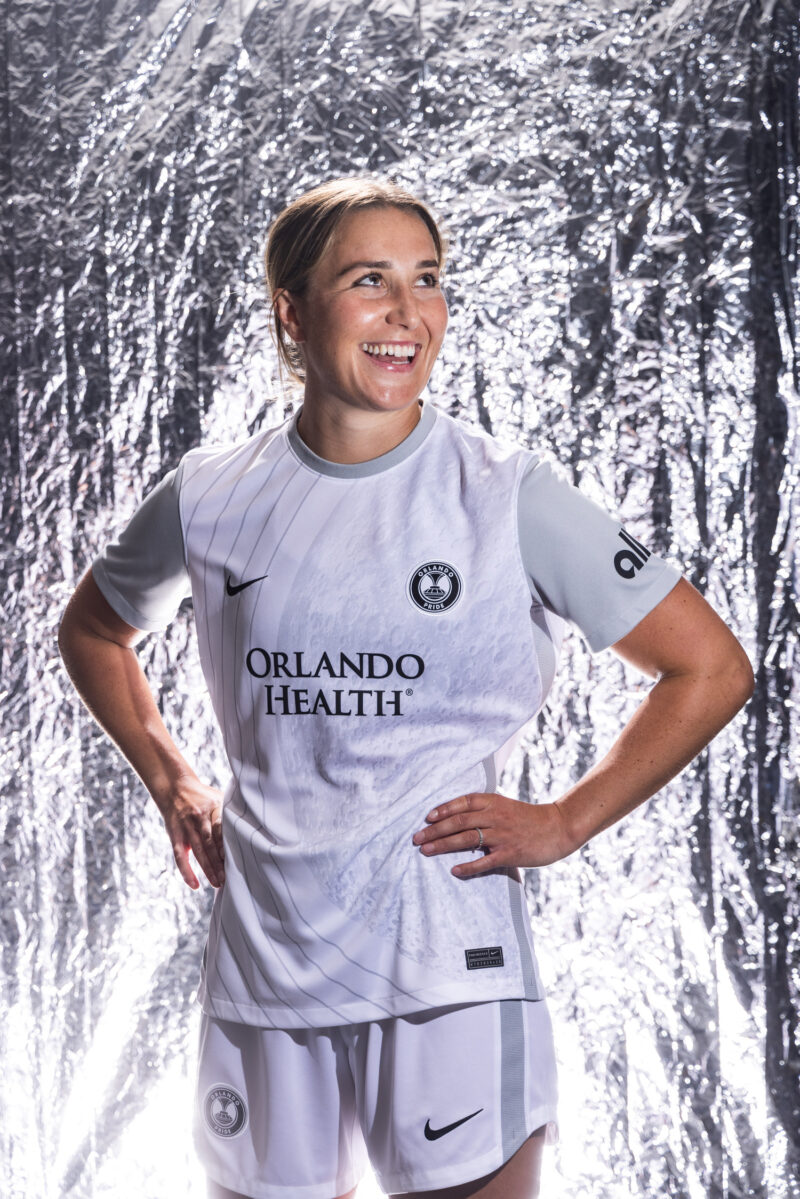 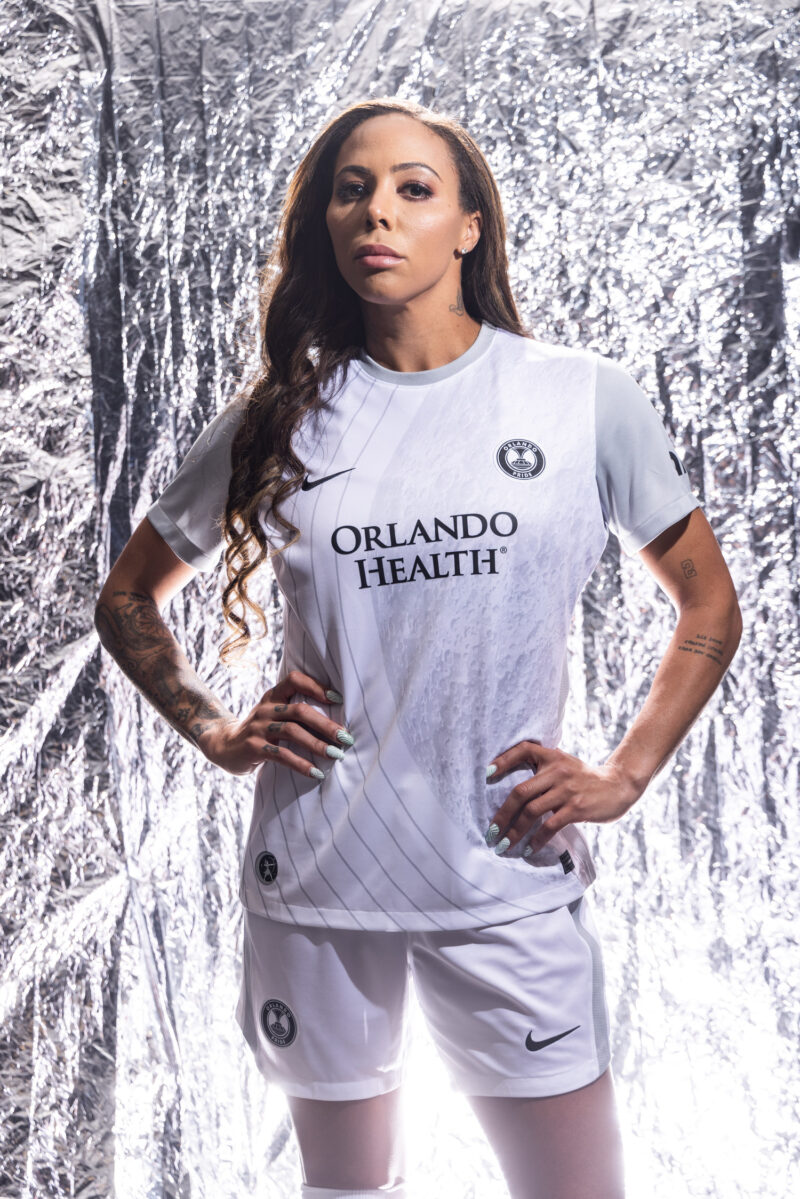 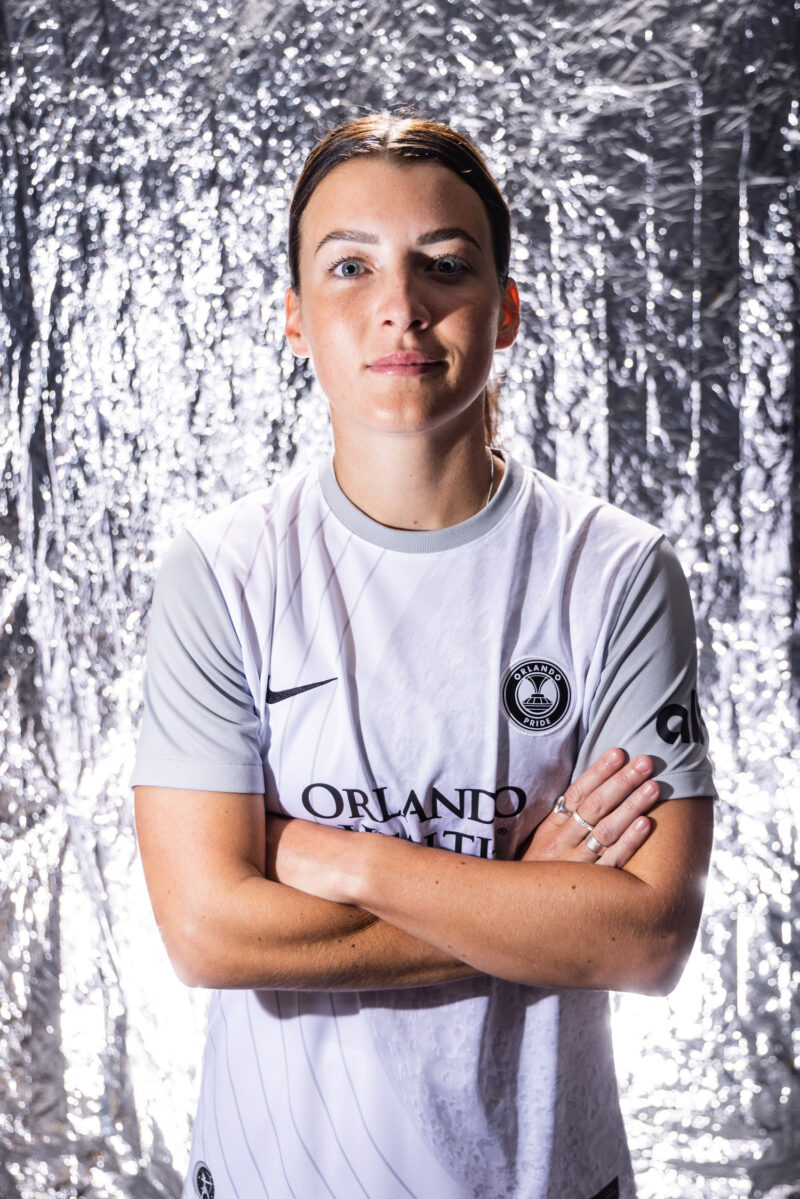