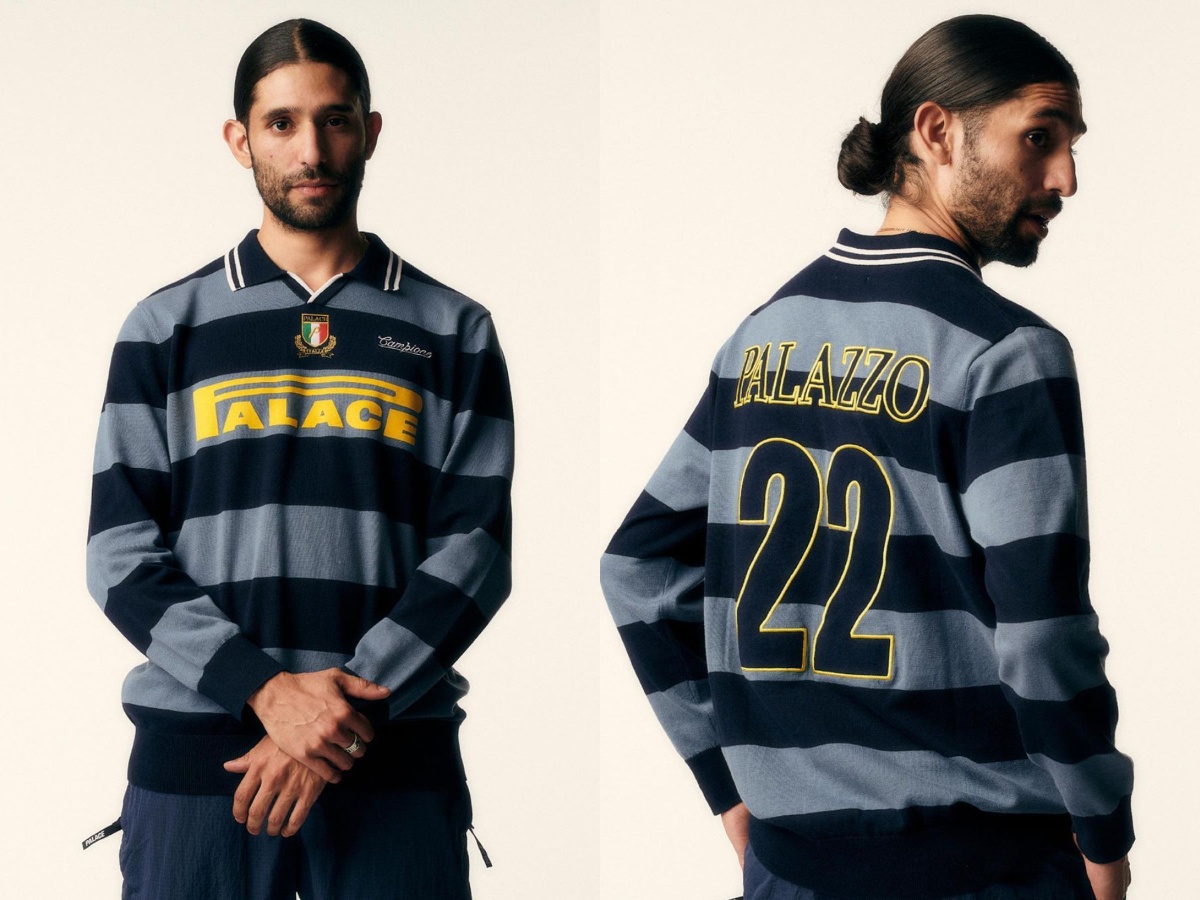 Palace have dropped one of their cleanest football-inspired designs to date with their spin of Inter’s cult 1998 away jersey.

Palace’s football shirt designs are now a core part of their seasonal releases, with this piece from their Summer ’22 lookbook inspired by the Inter third jersey designed by Umbro in 1998, famously donned by Ronaldo Nazario.

Palace have previously riffed on Inter shirts as part of their SS17 collection, which was fronted by Lucien Clarke and Blondey McCoy, with the Nerrazzurri’s classic blue and black template was referenced.

Now, Palace have served up their own version of one of the best Inter shirts of all time, which features light and navy blue horizontal stripes and a throwback collar. The shirt’s “Pirelli” logo get flipped into “Palazzo”, with Palace’s Italy national team emblem featuring centrally and “Campione” inscribed on the left hand side of the kit.

Get a closer look at the kit below and hold tight for release information in the near future. 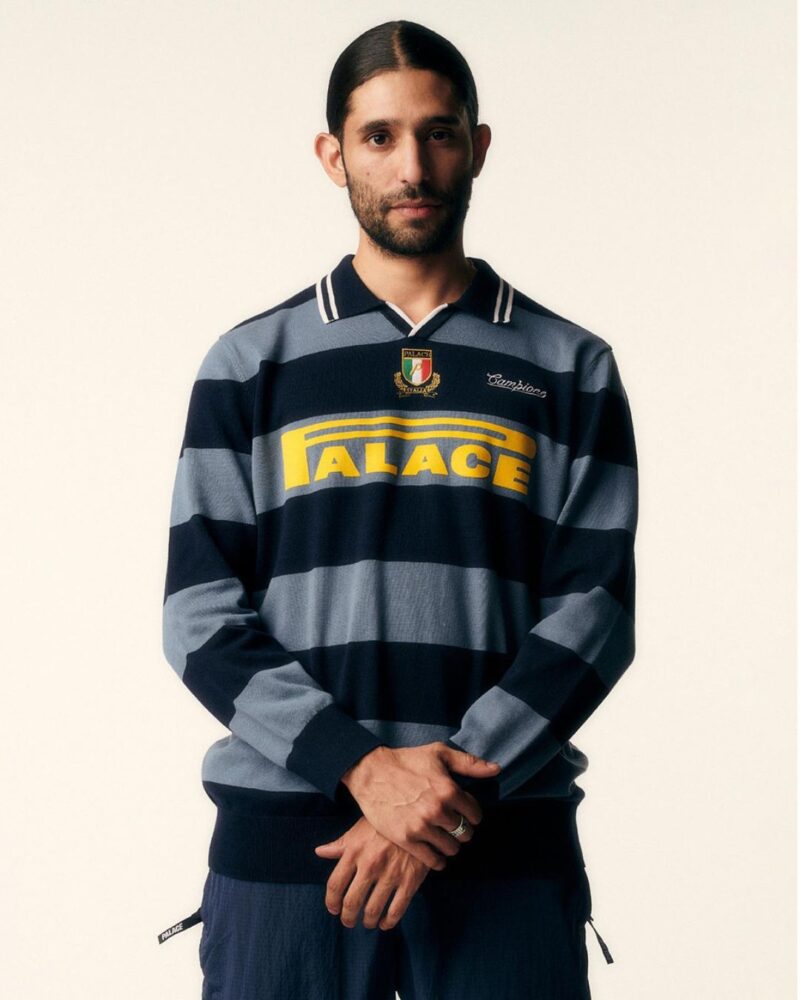 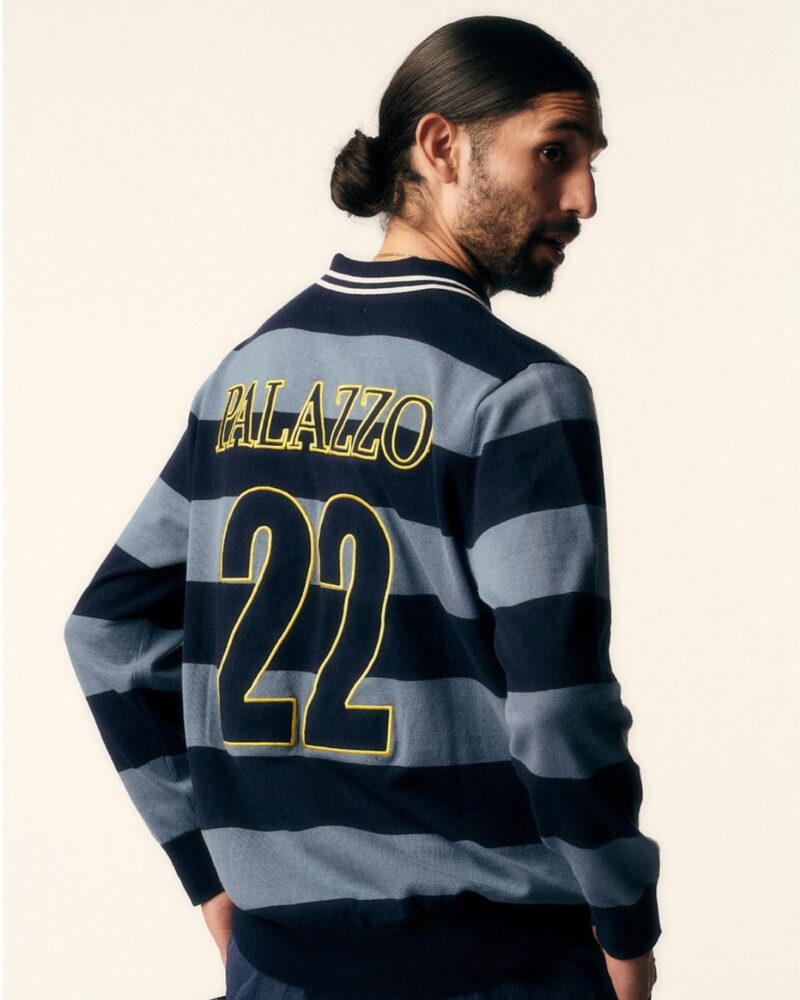