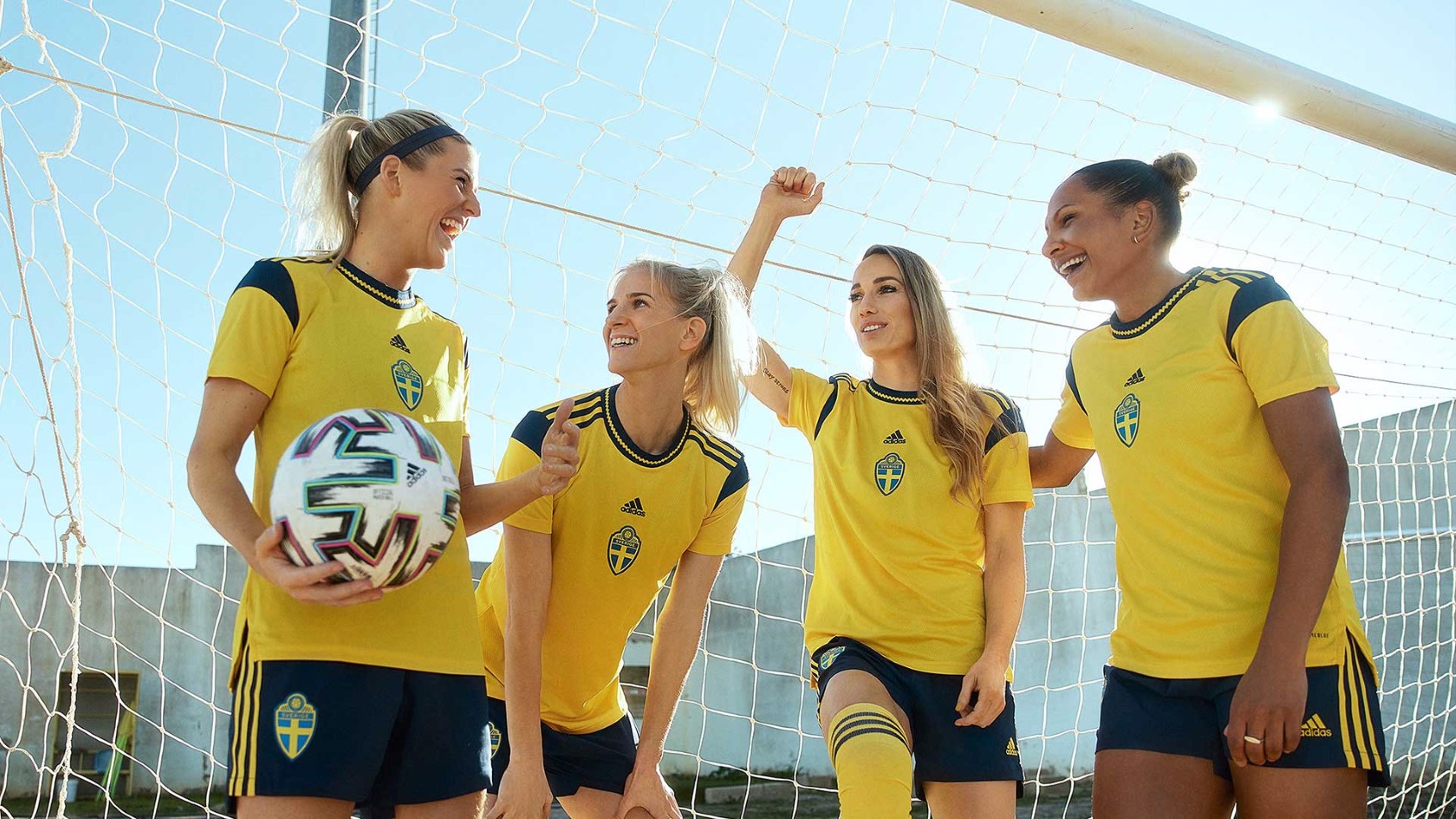 adidas have just released Sweden’s football kits ahead of this summer’s UEFA Women’s EUROs, automatically becoming one of the most confident kits ever produced.

Each jersey arrives with unique ‘How to Stop Sweden’ guide that gives other teams advice about how to play against them. No, really!

The Swedish national team goes into the long-awaited tournament as one of the favourites – currently ranked second in FIFA’s world rankings – and they decided to send a bold message to their opponent’s with their latest kit designs.

The new home jersey arrives in Sweden’s traditional yellow and blue trim, with the design celebrating the progress The Blue and Yellows have made over the years and the immense levels of confidence they have going into the tournament.

Stitched into the shirt’s label are a series of words and phrases, taken from Head Analyst Anders Eriksson’s ‘How to Stop Sweden’ guide, demonstrating the squad’s strength but also acts as a ‘jibe’ to rivals who think they might be able to beat one of Europe’s top teams.

The text advises that “first of all, Sweden is one of the fastest-playing teams in the world and also one of the very best at counter-attacking, do everything you can to reclaim the ball once you lose it. . . try to force the Swedish players down the sidelines and close them down aggressively.”

“In the analysis we expose exactly how we win, how we play and how the opposing teams – perhaps – have a chance to stop us. Our team is better than ever, and we enter the EUROs with grit and confidence. This summer we hope the Swedish people stand together with us, it’s an important time for our team.”, explains Sweden and Arsenal forward Stina Blackstenius.

Eriksson’s digital guide highlights the squad’s 32 players and offers suggestions for how to potentially beat the two-time Olympic silver medalists. “The Swedish national team has promising possibilities to win the whole tournament. The digital analysis of the team and the individual players is a hint to the opponents. Now they can simply buy the football jersey to have a chance to challenge them.”, says Eriksson.

Sweden is a country famous for transparency and openness – so it comes as no surprise that their jersey is a representation of both attributes.

The jersey comes in the traditional blue and yellow colour combination and the design’s inspired by Sweden’s sea coast – with a wavy silhouette around the neckline that reflects the country’s beautiful coastline.

This year’s national team jersey is available in both women’s, men’s and junior sizes and can be purchased in adidas stores and at selected retailers from April 7th. The limited edition team analysis jerseys can be purchased directly via the Swedish Football Association website.

Read the team’s ‘How to Stop Sweden’ guide here. 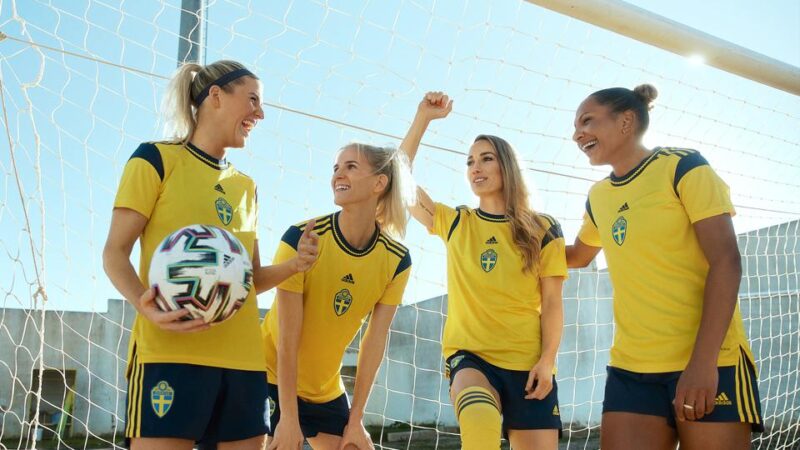 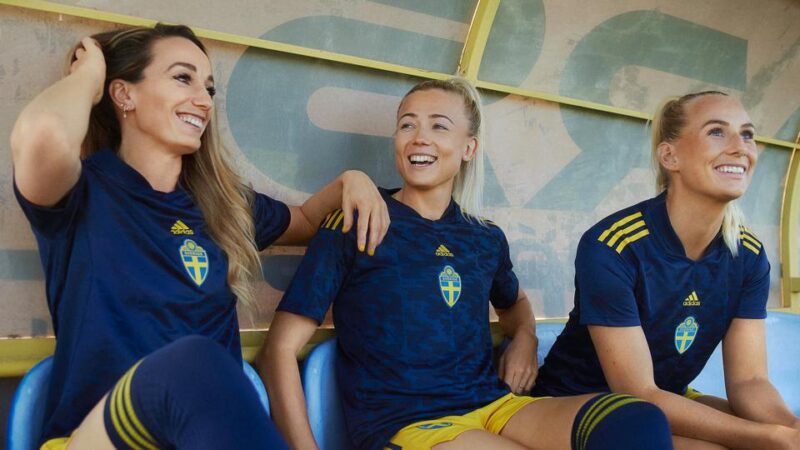 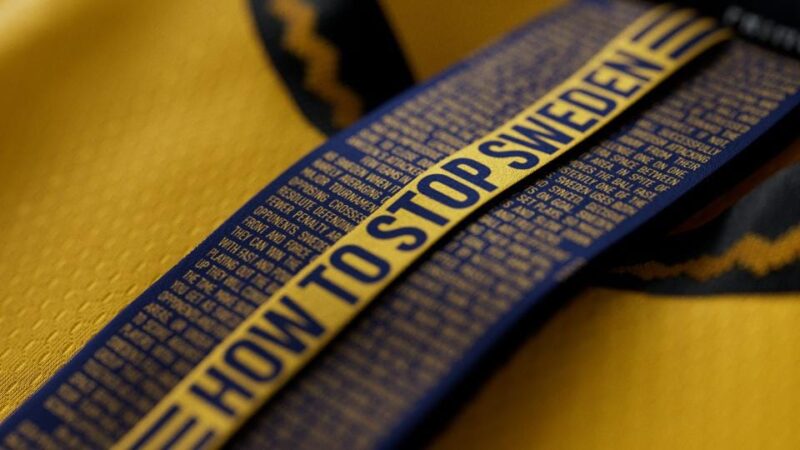