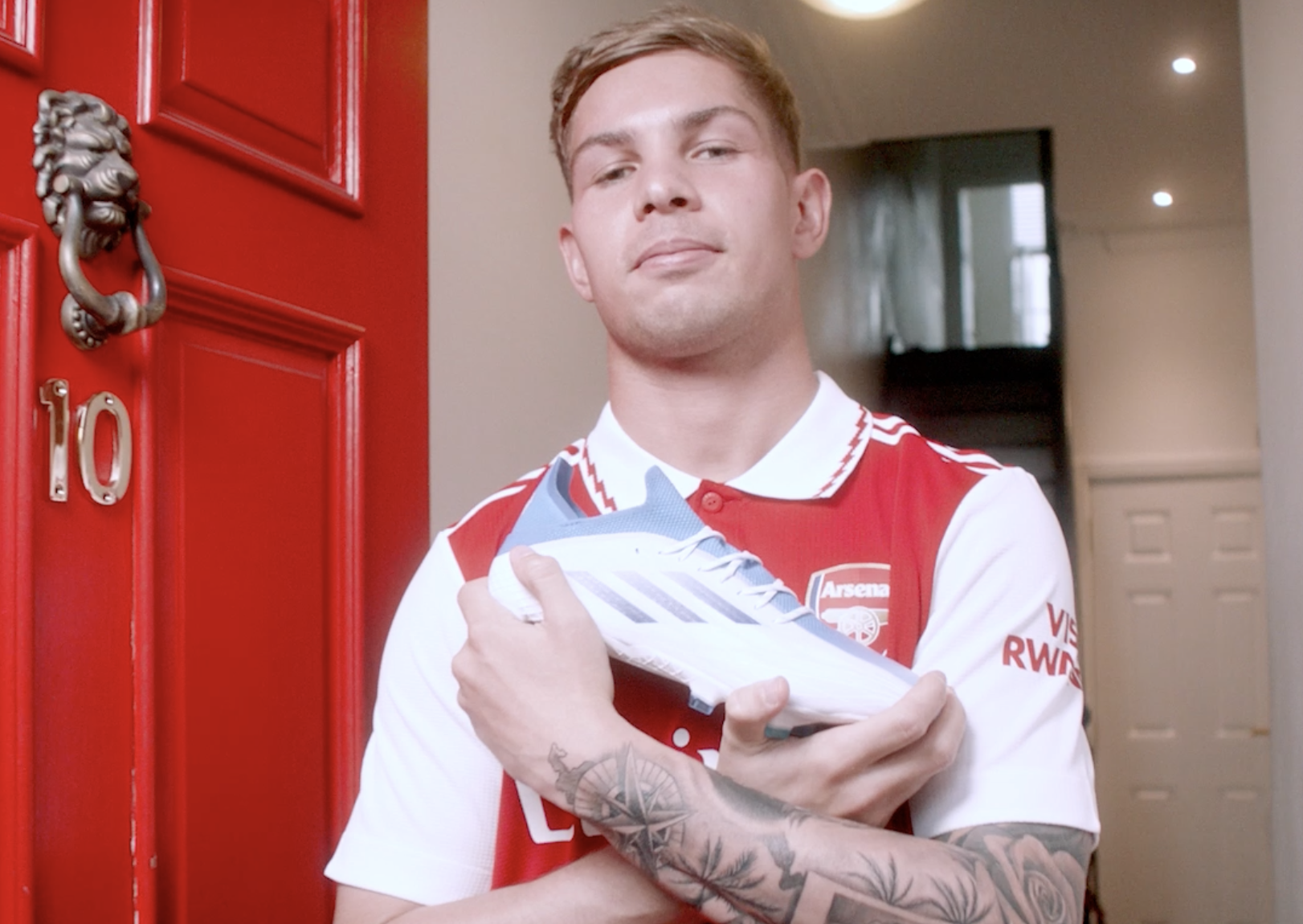 Emile Smith-Rowe just became the newest player to sign with adidas Football, in a major deal that will see the 21-year-old become a major face for the brand.

The Arsenal baller has been without an official boot sponsor since the beginning of the season and has worn blackout boots for most of the campaign, but the new deal will see him step out in adidas X Speedflow boots for the final game of the season.

The capture of ESR’s signature is a smart strategic move from adidas, giving them access to one of the most promising and high-profile players within the Arsenal team. As the Gunners’ official kit manufacturer until 2024, expect to see Smith-Rowe feature even more heavily in kit campaigns from here on in.

adidas announced the signing of Smith-Rowe in a video featuring Ray Parlour, which also revealed a new signature logo for the player – treatment usually reserved for the most high-profile ambassadors in the brand including Leo Messi, Paul Pogba and Mo Salah – indicating we could about to see ‘ESR’ boot and apparel drops in the near future.