PUMA and COPA90 break new ground with the release of a new documentary, charting Sara Björk Gunnarsdóttir’s return to the top-flight of women’s football after becoming a mother for the first time.

Earlier this week, PUMA and COPA90 co-hosted the premier of ‘Do Both’ – taking place in Lyon – where Icelandic midfielder Gunnarsdóttir currently plays club football with European giants Olympique Lyonnais Féminin.

The documentary details Gunnarsdóttir’s incredibly personal journey while preparing for motherhood. The Champions League winner set out her plan to not only return to club football, but participate in this summer’s European Championships with Iceland, a challenge most wouldn’t even consider let alone actively pursue. Yet Gunnarsdóttir has always been determined to succeed, and has never taken ‘no’ for an answer. It’s something highlighted by her best friend in the documentary, when she remembers a time Gunnarsdóttir pushed her out of goal because she was conceding too many. 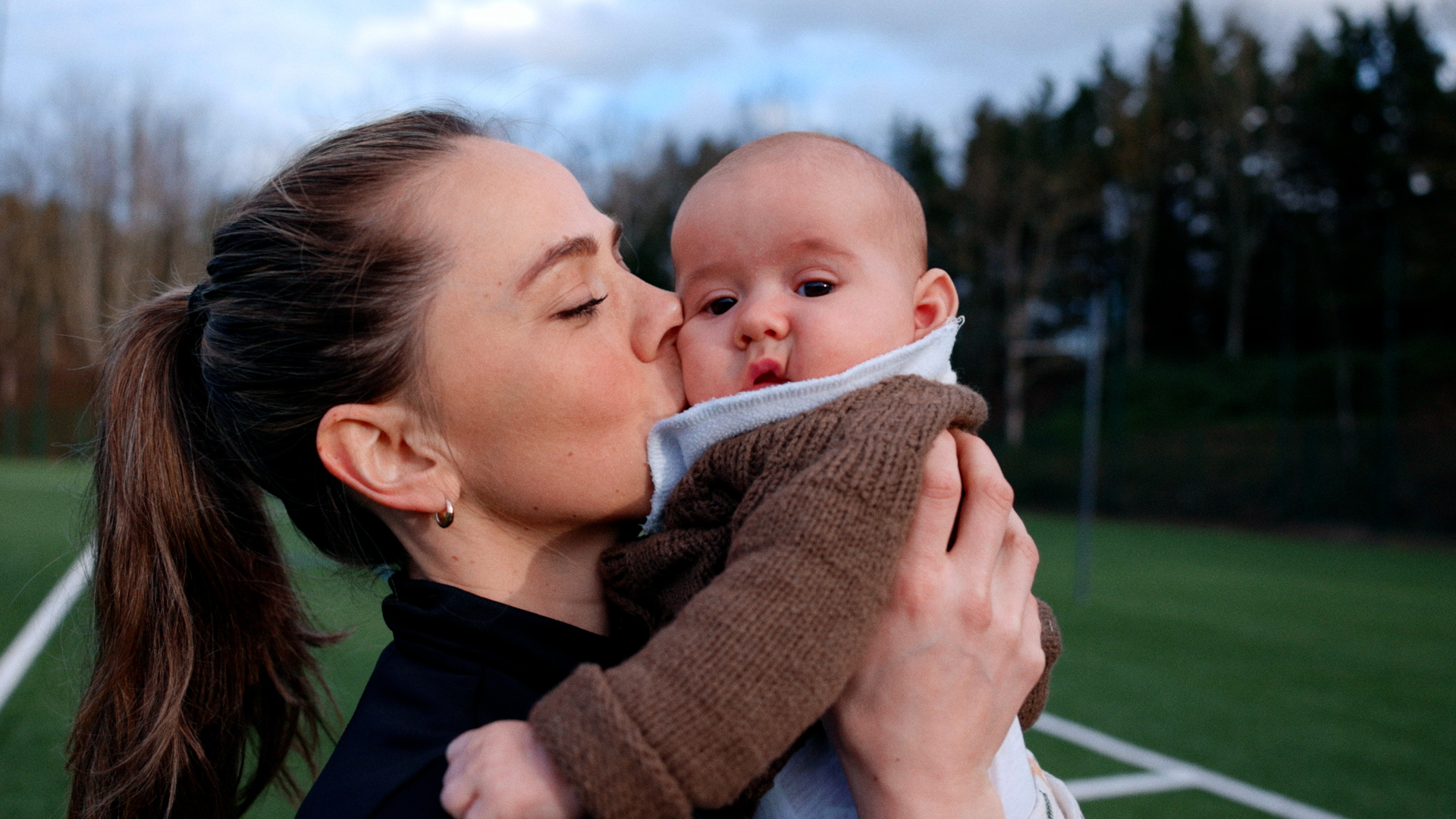 In November 2021, Gunnarsdóttir welcomed her son, Ragnar, into the world. Three months later in March, she returned to Lyon. One month after her return to club football, she represented her country. In the space of four months, Gunnarsdóttir went from giving birth to donning her national team jersey.

Compiled over 9 months, the 12-minute documentary grants the viewer unparalleled access into the life of a first-time mother and elite athlete. It’s unfathomably challenging enough returning to work after giving birth, let alone returning to one of football’s most prestigious and successful clubs in the women’s game.

Working alongside specialist coach Mark Jonson, Gunnarsdóttir shows the world what it’s like to partake in a heavily specialised – yet still intense – training schedule while pregnant, the ups and downs of pushing your body to the limit, and the power of family and friends in helping you to achieve what some might consider to be impossible.

The documentary breaks down the stigma that has surrounded female athletes for far too long: they have to choose between being a parent, and being an athlete. They cannot do both. ‘Do Both’ challenges that notion completely, as Gunnarsdóttir shares insights with the world into the physical and mental challenges of preparing for childbirth while maintaining her career as a professional athlete.

Gunnarsdóttir proves that women can ‘Do Both’, and they shouldn’t have to choose between their love of the game and the love they have for their family.

Directed by COPA90’s Lawrence Tallis, the documentary also highlights the societal preconceptions placed on women around remaining active while pregnant and returning to work after giving birth. None more so than female athletes, who often face challenges around their eligibility to compete and receive maternity pay, with many having to make the choice to retire from their careers early to have a family. 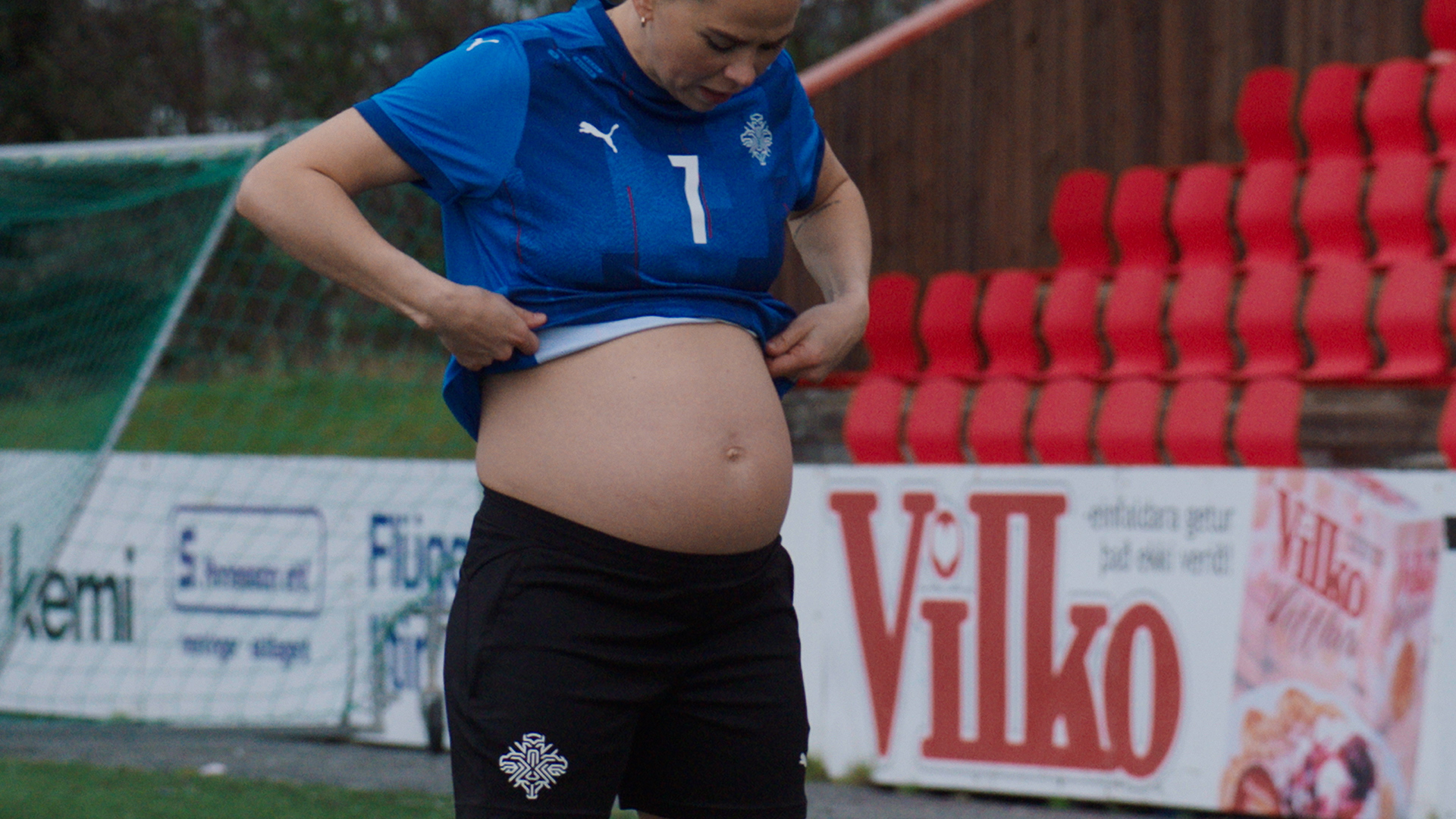 “I’ll be forever thankful that my journey to motherhood has been captured, to inspire others, to remind myself of the challenges I overcame and to show we can break down barriers and not be limited to other people’s perceptions. We are capable of so much more,” said Gunnarsdóttir. “I’m grateful for the support of my family and friends, and of course my partners PUMA who have all supported me as I prepared to welcome my son and return to playing football. I know not everyone has been able to tread the same path, and I hope the documentary can act as a universal truth that, as women and mothers, you do not have to choose between having a family and your career. You can do both.”

“This has been a special project to be a part of from the moment Sara met with us and wanted to give unprecedented access to her personal journey,” said Matthias Baeumer, PUMA General Manager BU Teamsport. “Sara wanted to show that you do not have to choose between your career and starting a family. By sharing her journey, including the mental and physical challenges she has faced along the way, we hope this will inspire and give insight to athletes around the world. In a time when women’s football is going from strength to strength.”

Gunnarsdóttir’s story is a powerful one as it will resonate with millions of people worldwide, yet it also offers the audience a unique insight into a story they otherwise would never have had access to.

It’s not always the case a documentary has the ability to move you to tears, make you laugh and challenge existing preconceptions yet ‘Do Both’ does all three, and more.

Watch ‘Do Both’ by PUMA and COPA90 at the top of the page.