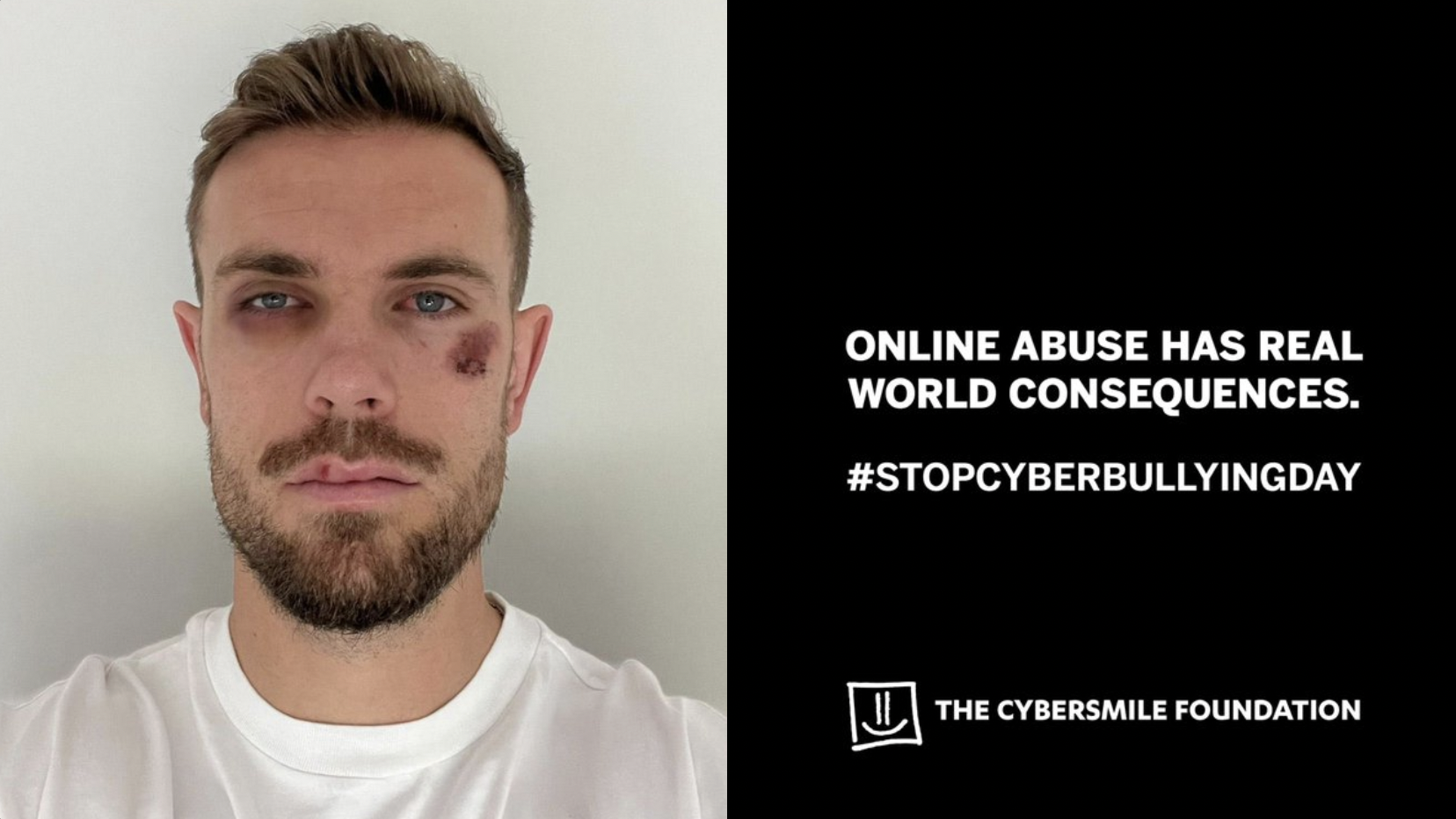 Image via The Cybersmile Foundation

The duo have shared striking images of themselves with black eyes, cuts and bruises on their faces to symbolise the hurt and pain caused by cyber bullying.

As part of The Cybersmile Foundation’s 10th ‘Stop Cyber Bullying Day’, Henderson and Rice are working in partnership with the organisation to promote the need for self-care and digital wellbeing when balancing our online and offline lives. 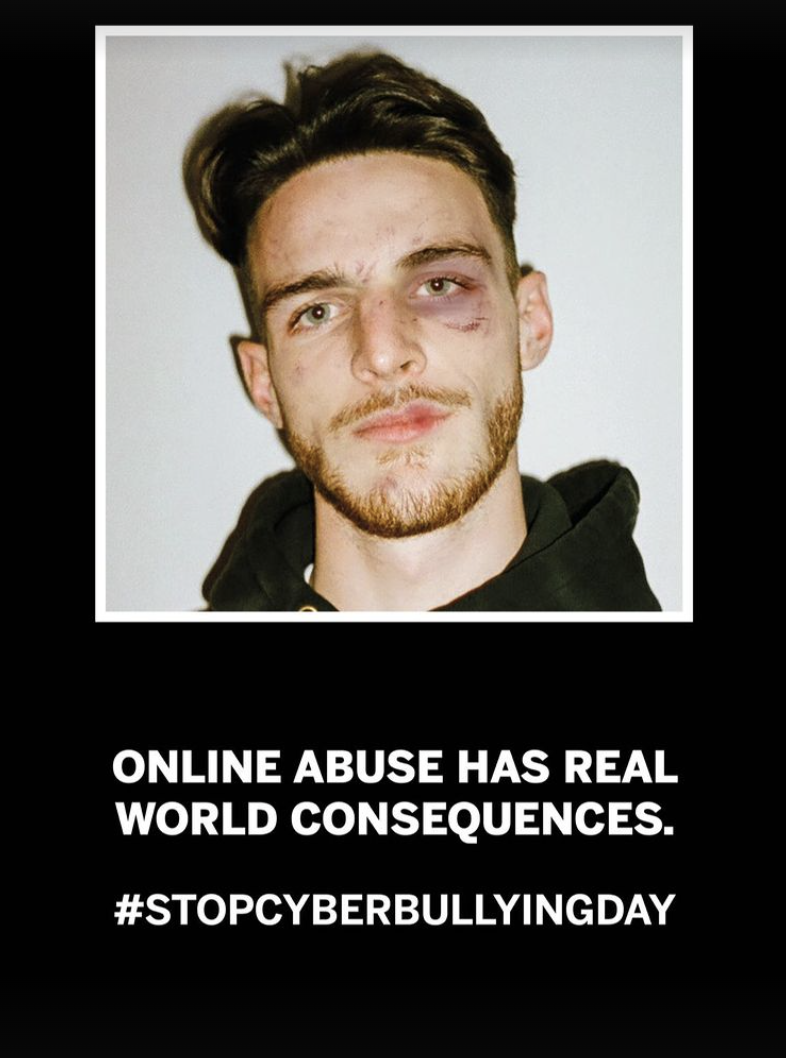 ‘Stop Cyberbullying Day’ activities will run for the next 24 hours with live events, initiatives and campaigns taking place around the world on and offline.

Since 2012, the day dedicated to educating those about the effects of cyber bullying, has delivered hope and empowerment to millions of people around the world, both virtually and in-person.

This isn’t the first time Liverpool’s beloved Hendo has partnered with the foundation, having previously backed their ‘People not Profiles’ campaign in an attempt to educate the world about the detrimental effects of online abuse.

“I partnered with Cybersmile for the ‘People not Profiles’ campaign because the problem of online abuse is continuing to destroy lives every day.

“It has been great working with Cybersmile to address such an important issue and it is my hope that this campaign raises awareness of how seriously online abuse can affect people, and also let’s people know there is help and support available to them”, said the Liverpool skipper when asked about the significance of his previous initiative.

Big love to both players for supporting such an impactful campaign, in an attempt to make the world a safer place, especially for young people who might not always recognise the consequences of their actions while sitting behind a keyboard.

To learn more about the campaign, check out The Cyber Smile Foundation’s website.