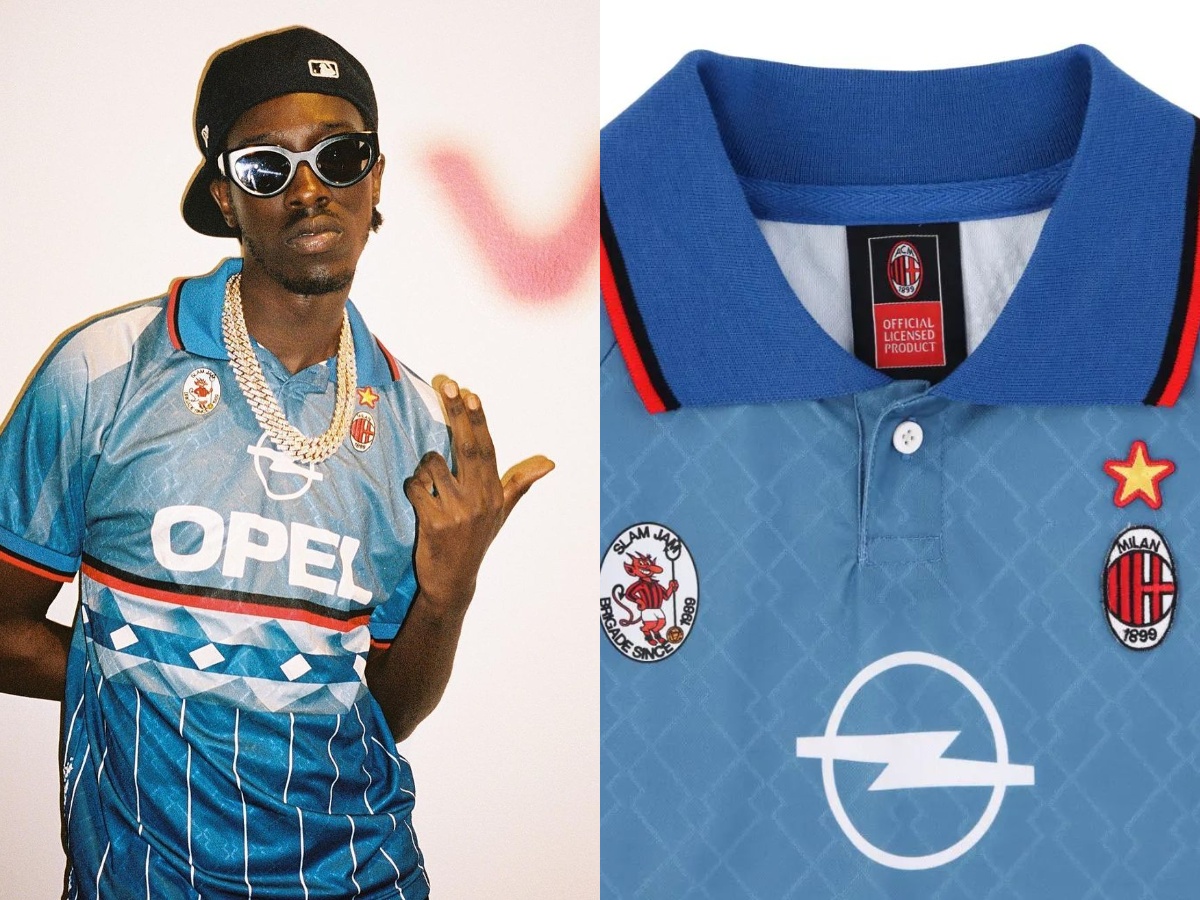 Italian subcultural mainstay and clothing imprint Slam Jam have linked up with AC Milan to unveil a new hidden jersey, which riffs on the Rossoneri’s classic 1995/96 design as the club continue to celebrate their Scudetto-winning season.

The kit reworks one of the most iconic Milan shirts of all time, which was first seen in summer ’95 – when Liberian striker-turned-President George Weah and USA ’94 World Cup finalist and midfielder Demetrio Albertini scored against Standard Liège while donning now infamous blue jersey.

The jersey features a Slam Jam original all-over screenprint in the back, along with a re-invented Rossoneri devil illustration recalling past legendary fandom moments.

The new design acts as another step forward for AC Milan off the pitch, as the club continue to activate with on-point cultural projects and important collaborations in the world of fashion, with Unknown T donning the jersey at Lucien Clarke’s pop up in Milan earlier this month.

Dropping as a limited run, the jersey launched at Slam Jam pop-up store in Paris on 25 June at and also available on slamjam.com.

Get a closer look at the kit below. 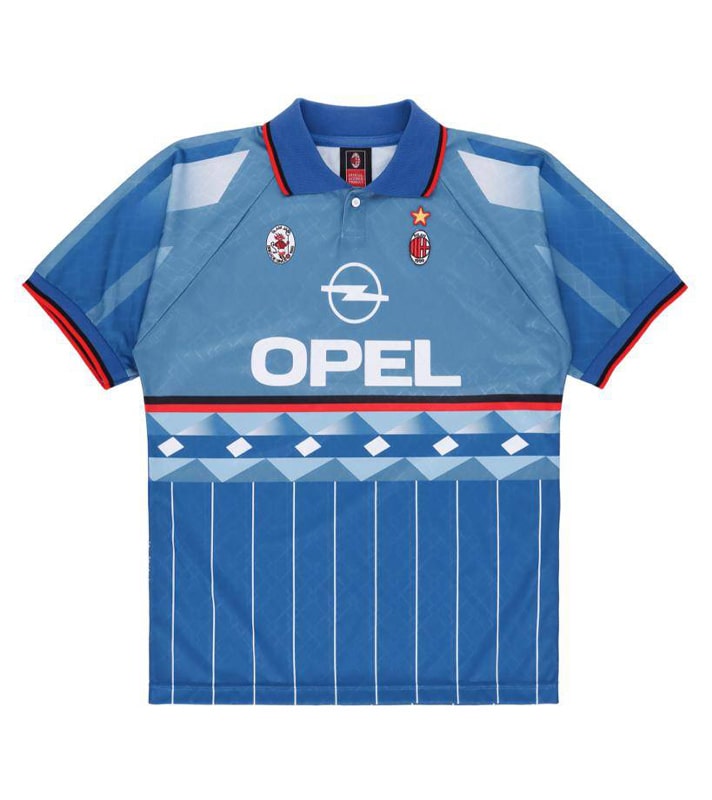 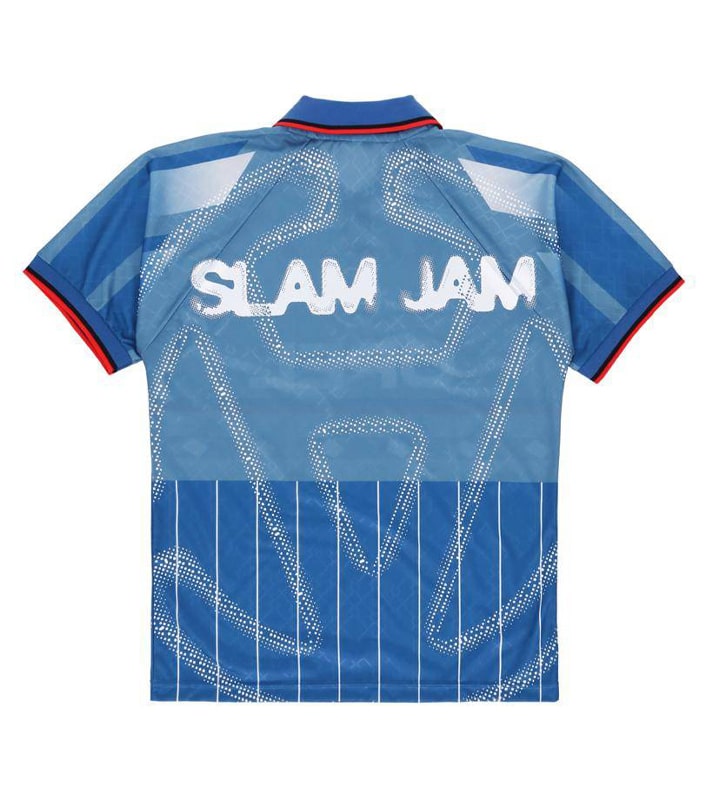 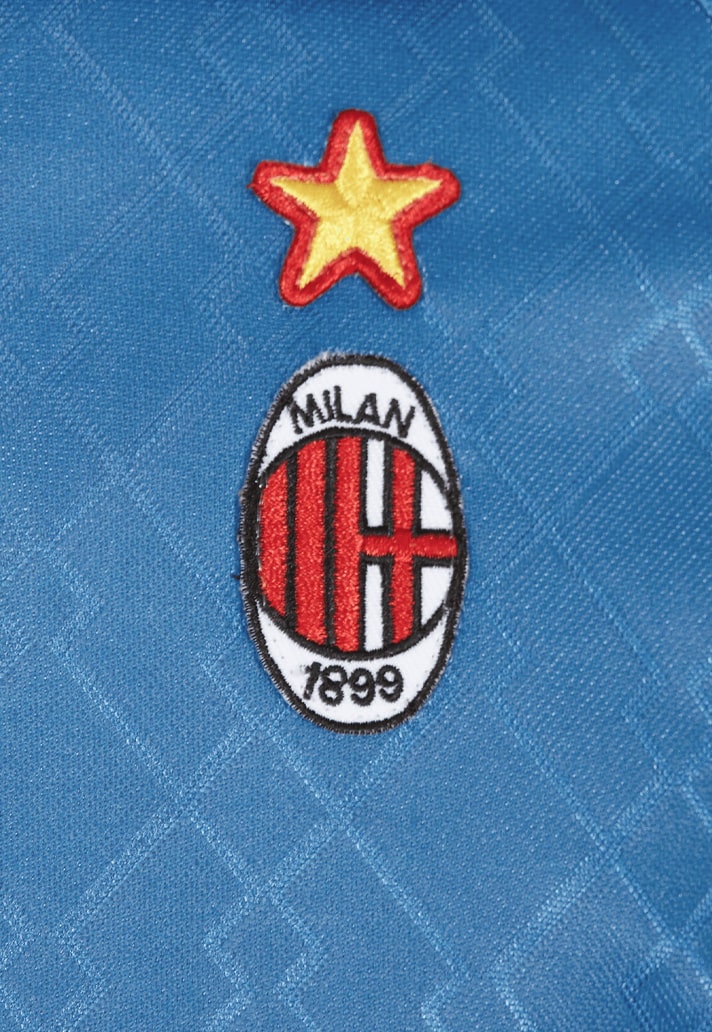 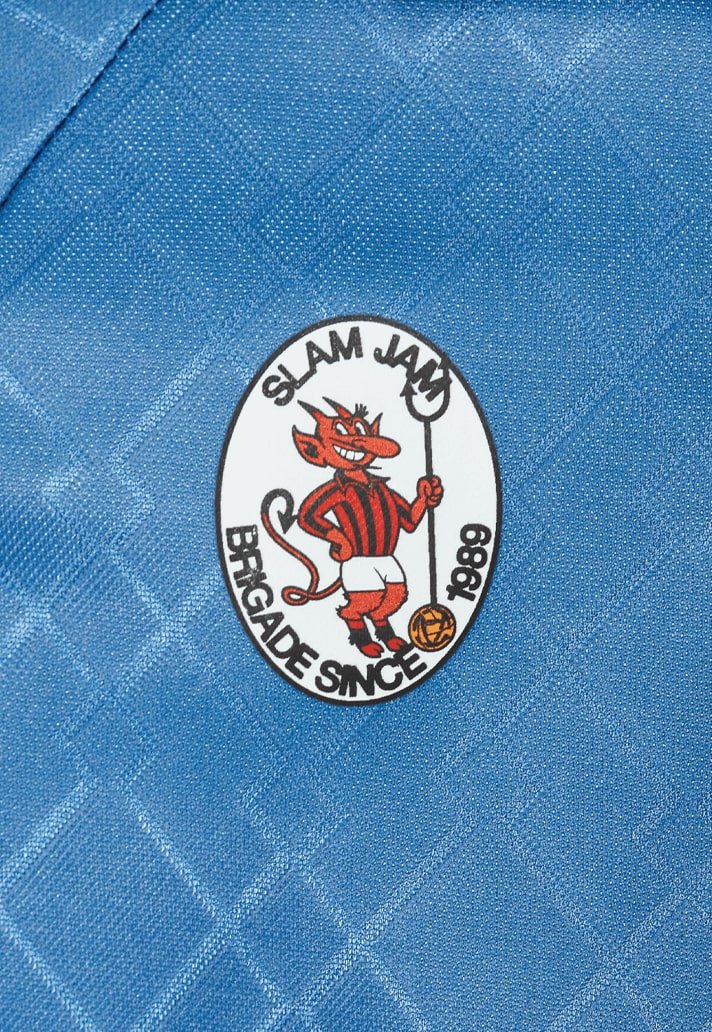