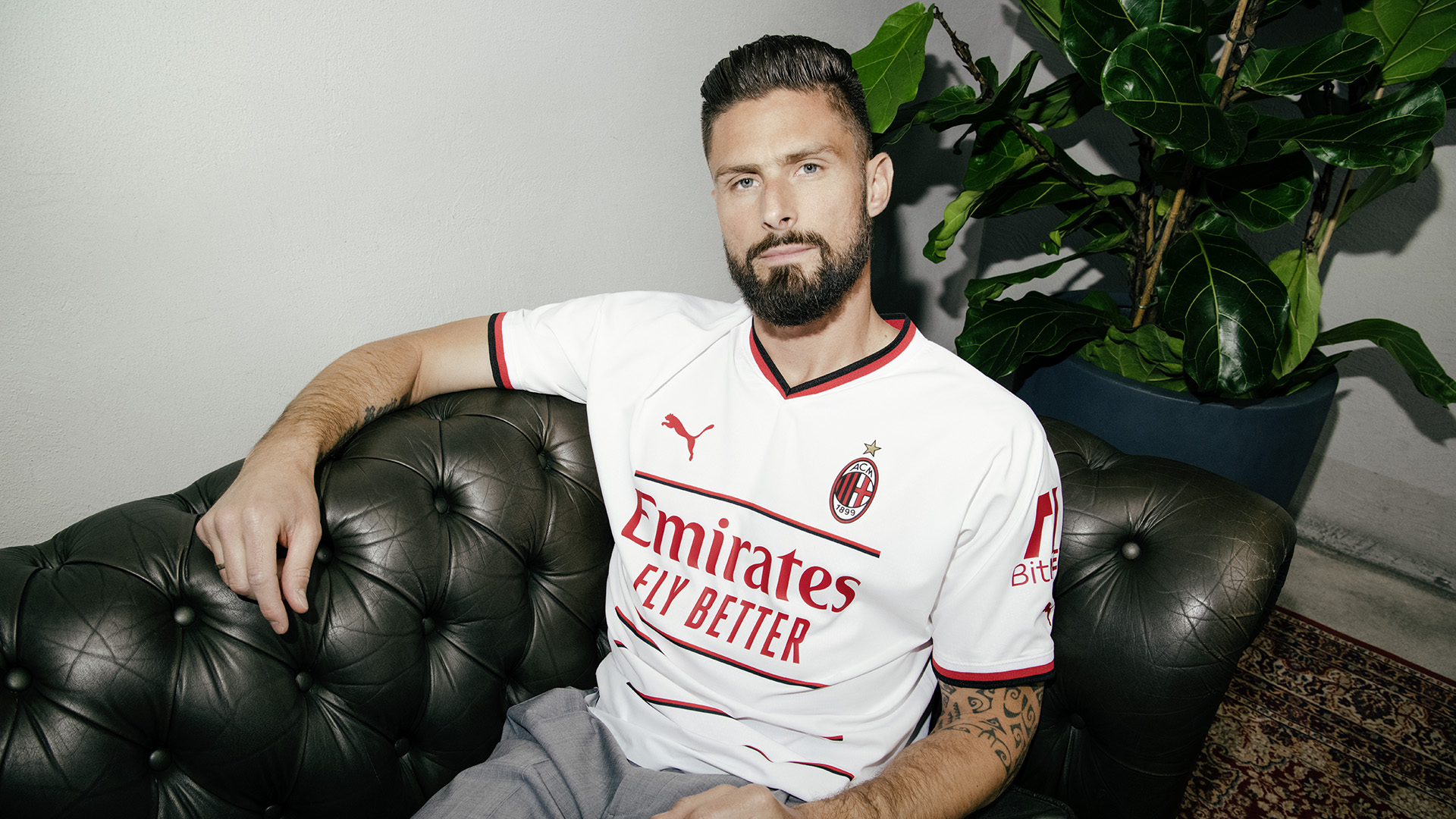 PUMA and AC Milan have just dropped off the Serie A winners’ 2022/23 Away kit, inspired by the Rossoneri’s seven Champions League titles and their iconic white kits.

When the Club became the first Italian team to lift the European Champion Clubs’ Cup in 1963, AC Milan did so in an all-white strip. Six decades and seven European titles later, that tradition has remained intact – and Milan’s all-white Away kit remain an iconic part of their identity.

This season, the tradition continues with a throwback to a fan favourite: the 1984/85 Away kit. After donning white in the final that season, wearing white kicked off a new era of dominance for the club, as they went on to win five more European titles wearing a white kit in every single final.

This season’s jersey pays homage to the 84/85 kit with a white base features seven red horizontal stripes across the middle of the jersey. The seven stripes represent AC Milan’s seven Champions League triumphs, with the jersey arriving with black and red trims on the sleeve cuffs and on the V-neck collar, along with the Milan coat of arms on the upper back.

AC Milan Honorary Vice-President Franco Baresi, who was the Rossoneri captain in the 1984/85 season, commented on the new kit: “Having worn the original 1984/85 Away kit, I truly love the inspiration behind the new Away jersey for next season. The white jersey always has a special meaning for all AC Milan fans as it is a symbol of the global success of our beloved Club.”

You can cop AC Milan and PUMA’s 22/23 Away kit at store.acmilan.com, PUMA Stores, online at PUMA.com before it makes its debut tomorrow, when the men’s team take on Zalaegerszegi TE in Zalaegerszeg, Hungary. Get a closer look at the jersey below. 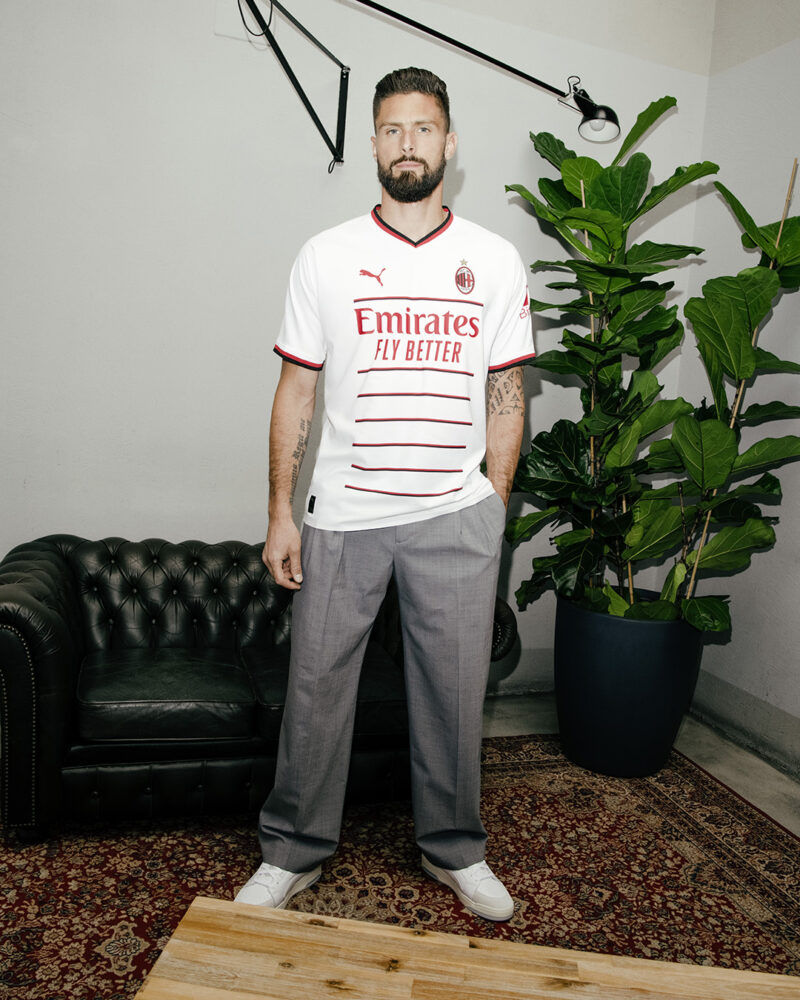 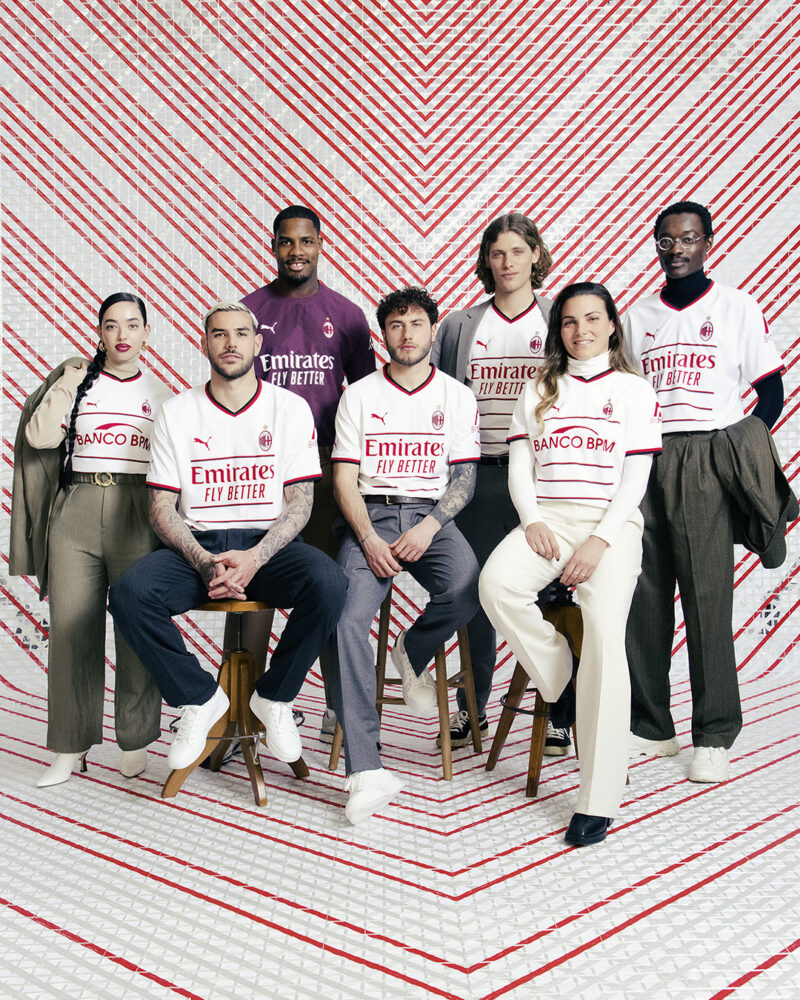 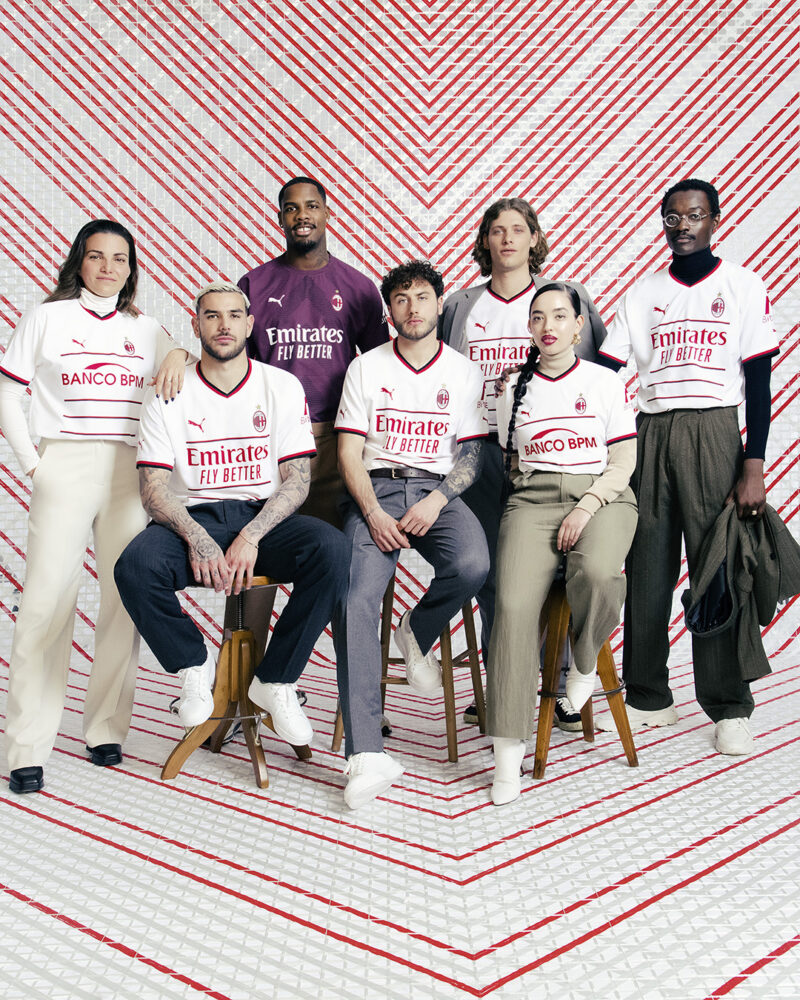