This is a once in a lifetime tournament, so find your 'home away from home' and support a second nation this summer. To help you, we've linked up with VISA to bring you everything you need to know about the tournament's biggest teams. Spain are next up. 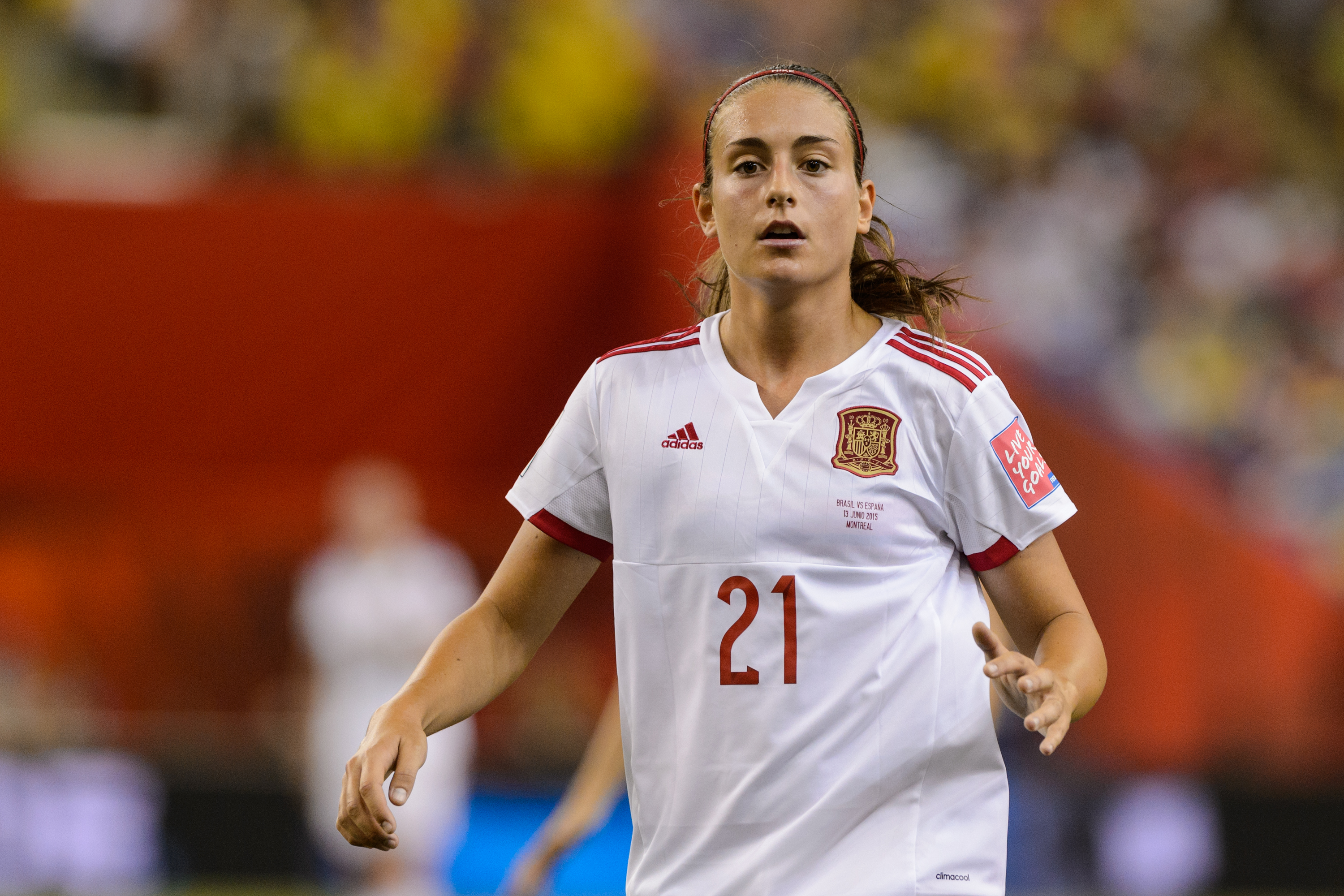 Having qualified three times for the UEFA Women’s European Championships since officially forming in 1980, Spain are a side that have gone from strength-to-strength in recent years. In 2015 they appeared in their first FIFA Women’s World Cup, and won the Algarve Cup on their first attempt just two years later. Having tasted success at the competition’s youth levels, this Mediterranean side are hoping to prove they’re anything but mid when it comes to representing at senior international level. For a team full of talent, desire and grounded in football history, don’t sleep on Spain. They certainly won’t be taking any siestas any time soon. 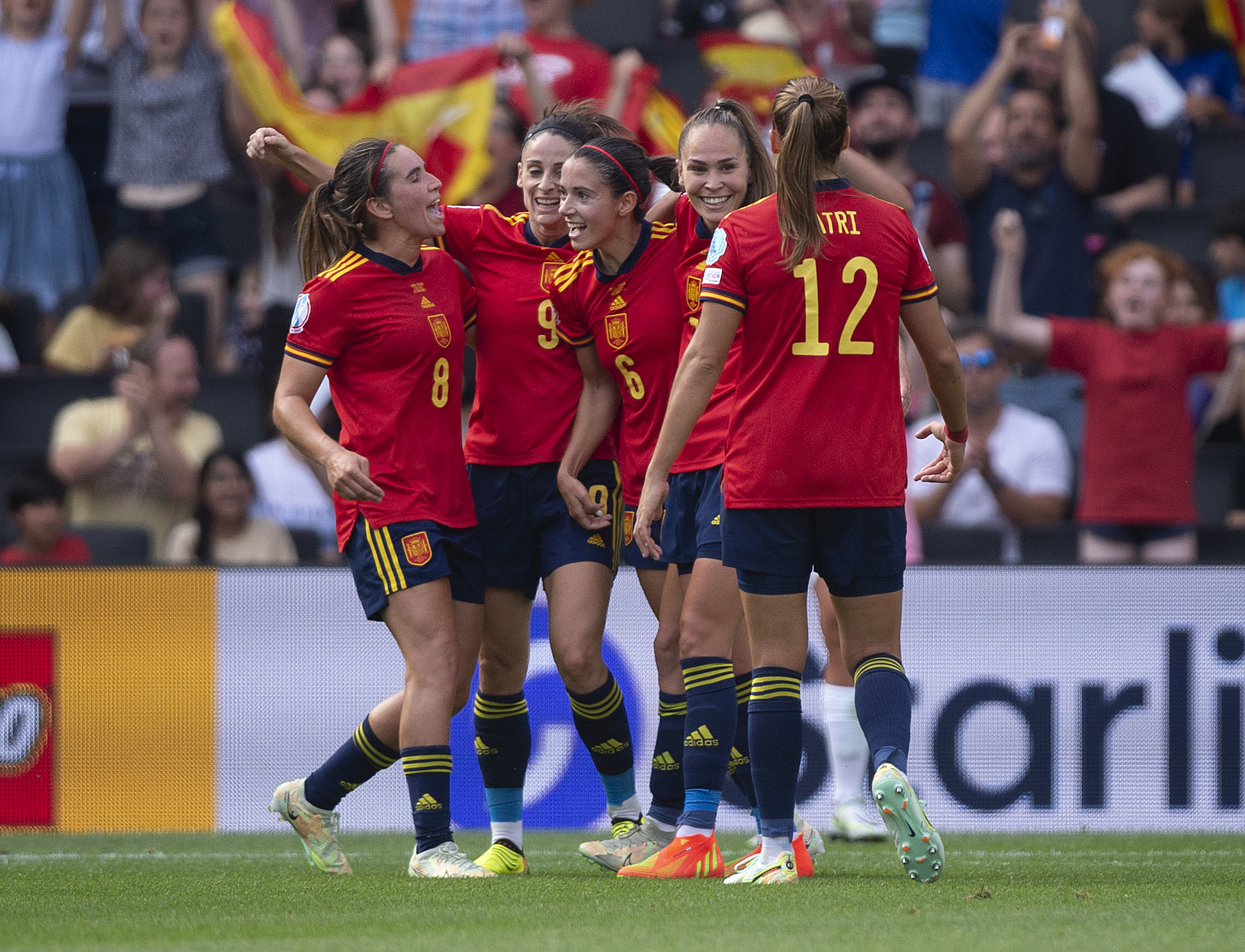 Aitana Bonmatí might only be 24-years-old but she is already one of the biggest players on the world stage. A graduate of La Masia, Bonmatí was named Catalan Player of the Year in 2019 after helping Barcelona reach their first-ever UWCL final. Last season she won the continental treble with Las Blaugranes, and was named VISA Player of the Match in the final game of Barça’s first Champions League title win. The tiki-taka teknician dominates midfield in a way like no other player can. Having won both the UEFA Women’s U17 and U19 European Championships, she’ll be looking to lead her side to senior success in a tournament that’s tested Spain’s strengths so far. But the cream always rises to the top, and Bonmati is the very definition of crème de la crème. 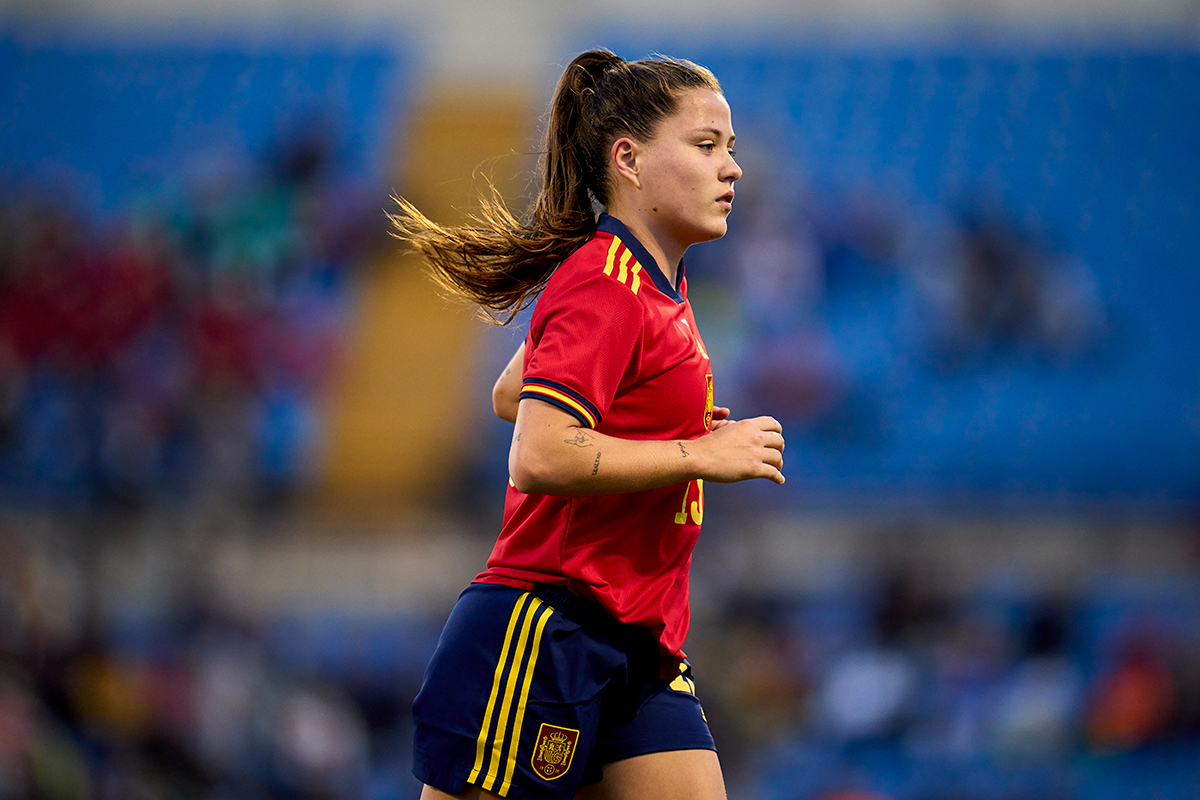 Some have questioned where Spain’s attacking threat will come from since their captain Alexia Putellas had to pull out of the competition due to injury. And despite a recent loss to Germany, there were flashes of brilliance courtesy of one of the game’s brightest young stars: Clàudia Pina.

The 20-year-old has already claimed six domestic titles with Barça and was crowned UEFA Women’s EURO U17 champion back in 2018 – so knows what it takes to perform on the international stage. Whether it’s scoring tap-ins or worldies from the half-way line, this jugadora knows how to get on the scoresheet. If there’s anyone who can help La Roja pick themselves up, dust themselves down and go full steam ahead, it’s this young matadora. 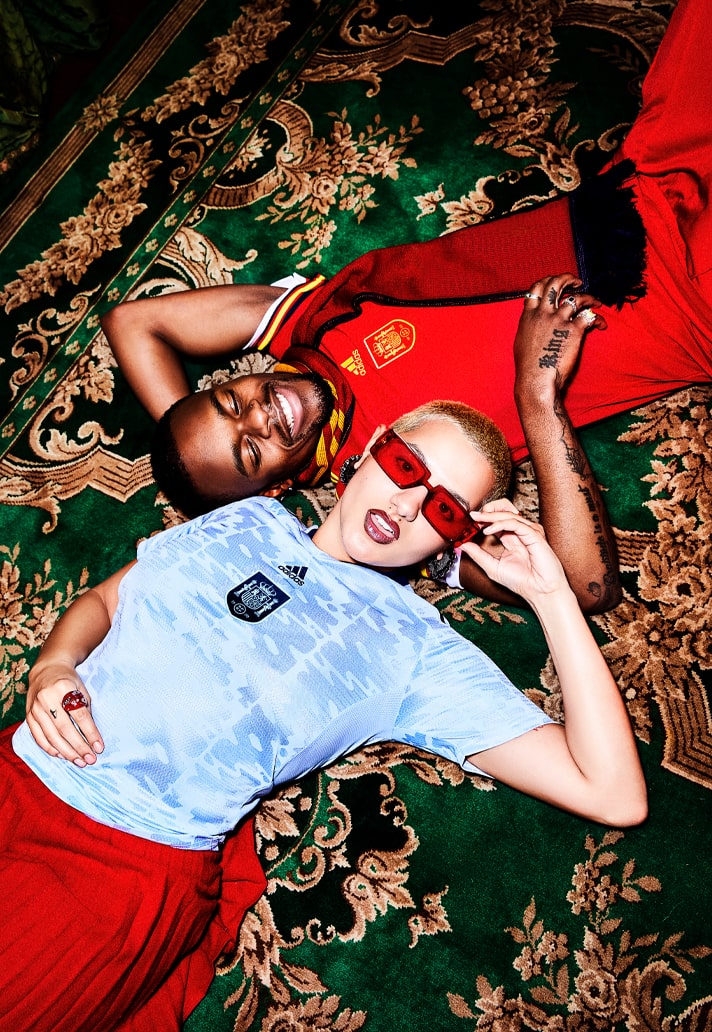 Spain’s home kit reworks the Spanish flag courtesy of its red base coupled with blue and yellow accents on the sleeve cuffs – taking the line, ‘wear your heart on your sleeve’, to a whole new level. The centralised badge brings a modern touch to the design but it’s Spain’s away shirt that steals the headlines and pushes their kits into a new era. This navy and sky blue number is a fresh look for one of Europe’s most established sides. The faint camouflage motif that makes up the shirt’s body adds a new dimension to this refreshing drop.