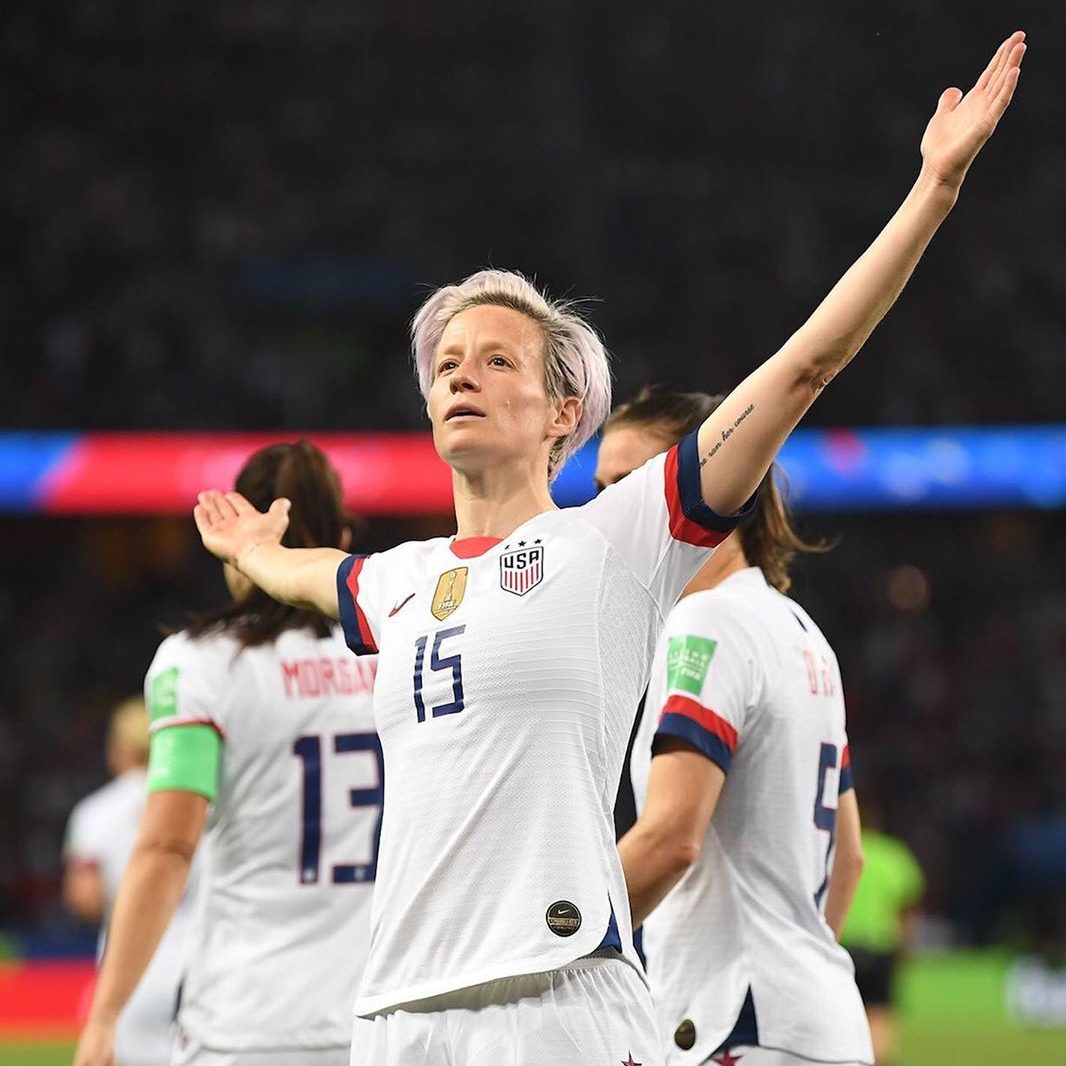 Megan Rapinoe has become the first footballer in history to be awarded the Presidential Medal of Freedom.

The USWNT legend won back-to-back Women’s World Cups in 2015 and 2019, bagged Gold and Bronze Olympic medals plus three SheBelieves Cups for her country. But the Ballon d’Or Féminin winner has been making waves off the pitch as much as she has on it for years.

A champion of LGBTQ+ rights, racial equality and campaigner of equal pay, the 36-year-old has helped to change the landscape of football for the better.

President Biden recognised Rapinoe’s achievements with the Medal of Freedom, which the forward will receive at the White House later this week.

In a statement released by US Soccer, the significance of this moment was explained to the world. “The award recognises people who have made exemplary contributions to the prosperity, values, or security of the United States, world peace, or other significant societal, public or private endeavours.

“Before this year, just 647 people have received the Presidential Medal of Freedom in the past 59 years since the award was first given out in 1963 by President John F. Kennedy.”

Rapinoe received a personal call from President Biden informing her of the news, and reacted by praising others who’ve worked just as tirelessly as her to make the game a more equal one.

“I just think of all the people who I feel deserve a part of this medal, from my family to current and former teammates, all the women of the U.S. Women’s National Team throughout our history, to Colin Kaepernick, the three woman who founded Black Lives Matter – Opal, Alicia and Patrisse – to Marsha P, Sylvia and Billie Jean, the Williams sisters, of course my fiance Sue Bird, and so many more.

“I am humbled and truly honoured to be chosen for this award by President Biden and feel as inspired and motivated as ever to continue this long history of fighting for the freedoms of all people. To quote Emma Lazarus: ‘Until we are all free, we are none of us free.’”