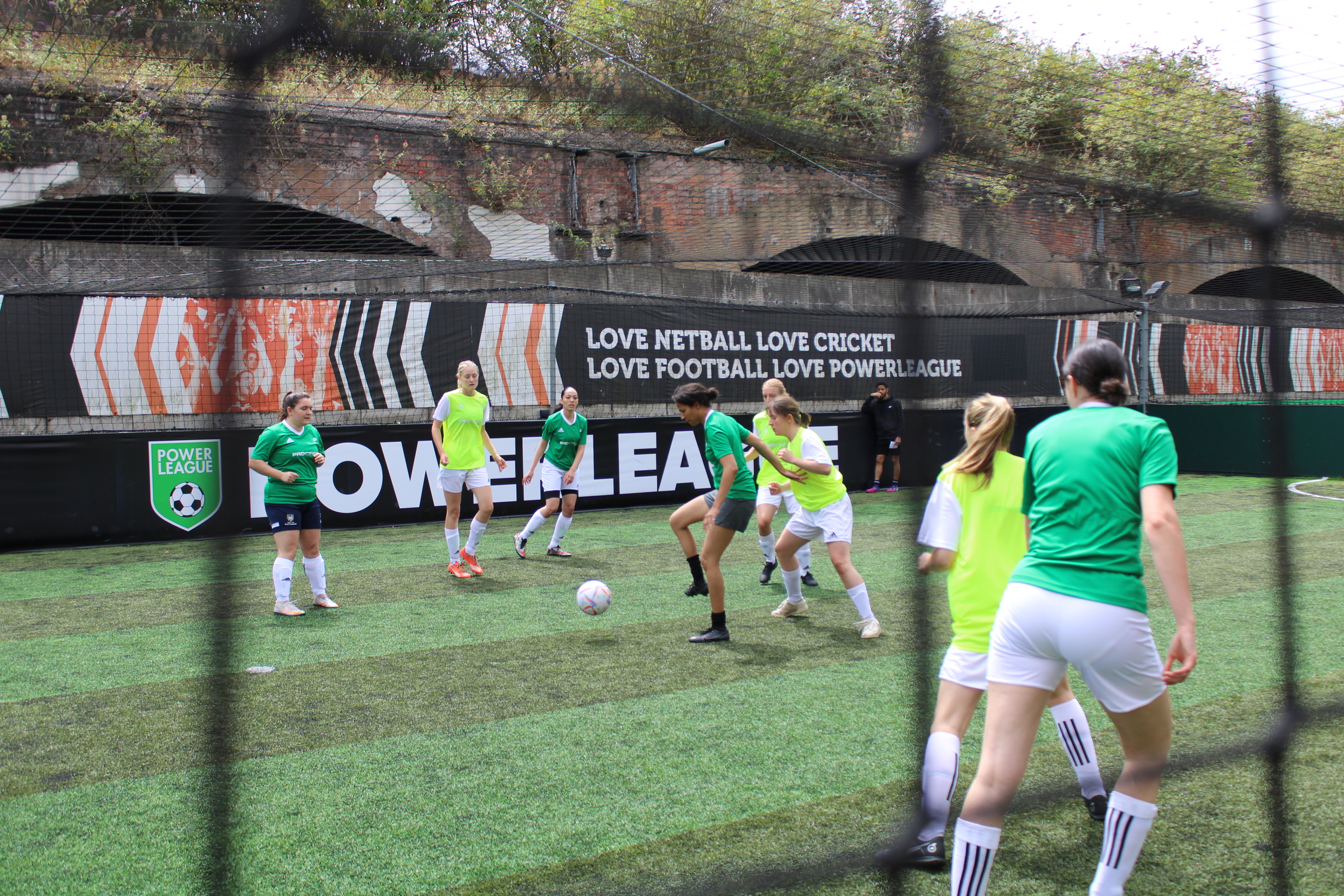 The small-sided football providers are playing their part in creating legacy by putting on England’s largest 5-a-side tournament of its kind.

With the Women’s European Championships just around the corner, Powerleague is playing its part in creating an empowering push for participation in women’s football by partnering with adidas, Pro-Direct, and Lucozade.

Held at their Shoreditch site, the tournament featured 30 women’s and non-binary teams battling it out to be crowned ‘2022 Women’s Cup’ champions.

In celebration of championing and developing investment, all proceeds went to Girl’s United – an initiative aiming to bridge the gap between women’s sport and education.

Romina Calatayud, founder of Girls United remarked: “It’s great to partner with companies that are looking to have a long-term legacy when it comes to making women’s football more accessible.

“Tournaments like this one are testament to the growth of women’s football – and the funding support received will allow us to provide free provision for further growth and helping those to fulfil their potential.”

Now more than ever, championing and developing the women’s game is a timely matter, as ex-Lioness Kelly Smith discussed.

“It’s incredibly exciting that the nation is gearing up to host a summer of football. Events like this really do help make a difference. It is great to see how far the women’s game has come and the difference in quality of facilities from when I started my career.

“The game is on a journey and there is still more to do and the wider work that brands like Powerleague and Adidas are doing will only contribute to that.”

It’s an exciting yet crucial time for women’s football, and through campaigns like this, Powerleague and partners are helping build a legacy for the next generation of ballers.