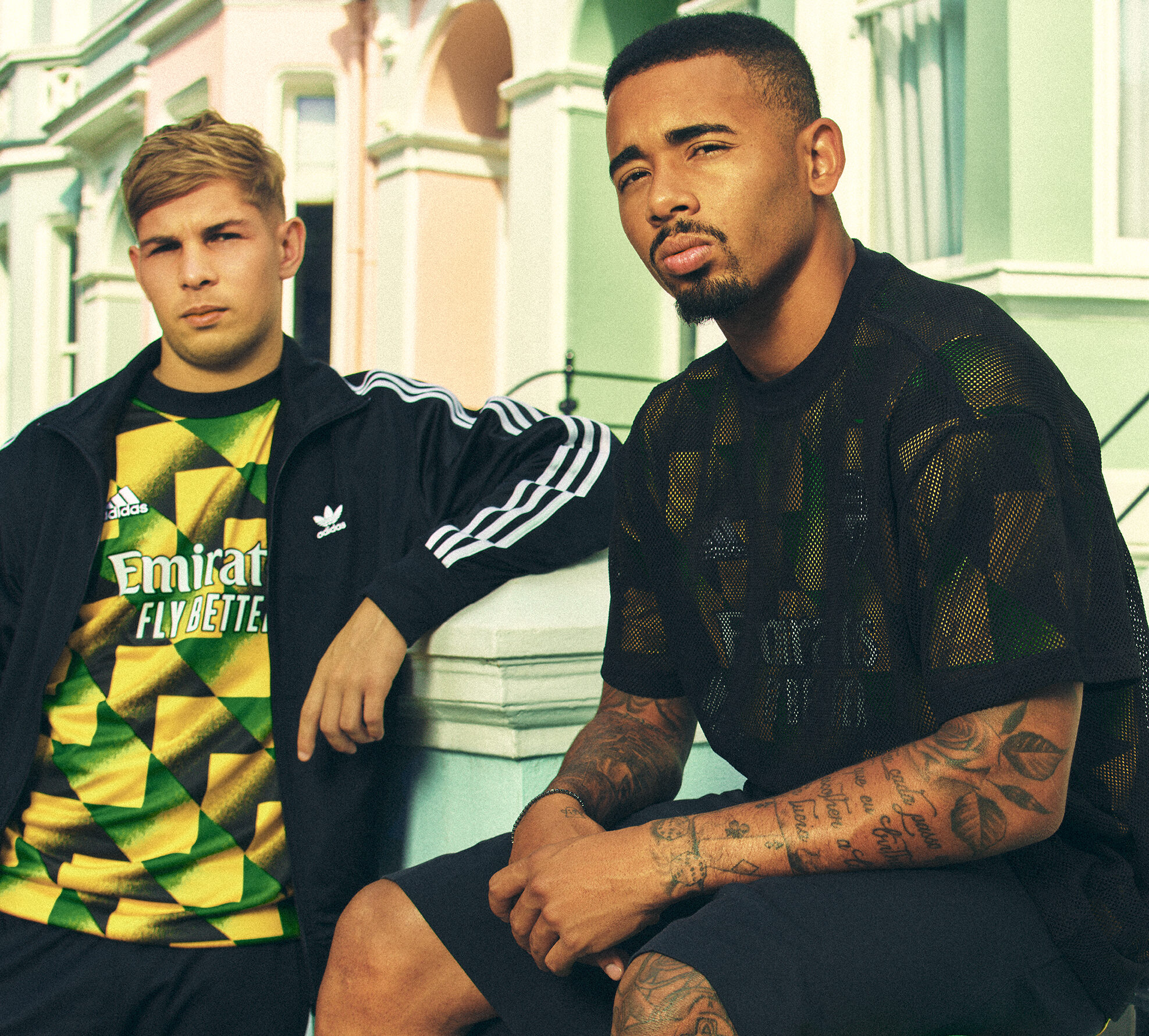 adidas and Arsenal have just dropped off one of the best pre-match jerseys of 2022/23, celebrating the club’s Jamaican supporters just ahead of Notting Hill Carnival.

With Notting Hill Carnival back this weekend for the first time in three years, Arsenal and adidas have united to create a jersey with a vibrant display of energy and style to celebrate carnival’s return. The new Arsenal Pre-Match jersey features an all-over geometric print in green, gold and black—the colours of Jamaica’s flag– paying homage to the club’s Jamaican fans living in the local community and across the capital who call North London and Jamaica their home.

The campaign lookbook features supporters in Jamaica, as well as Arsenal’s players in London wearing the jersey, posted up in West London with a variety of carnival-inspired fits. The launch follows a series of initiatives that adidas and Arsenal have done to show appreciation for the Gunners’ fanbase. In July, the club continued its Arsenal Supporting Supporters campaign by donating £5 from every sale of their 2022/23 home shirt until the start of the new season to the Arsenal Foundation to support local community projects.

Commenting on the new jersey, Arsenal midfielder Emile Smith-Rowe, who comes from Jamaican heritage, said: “Football is nothing without the fans, and I’m proud to see adidas and my club continuing to support our supporters from all backgrounds – just like we did when we launched our home shirt this year. It’s a stunning shirt and I’m looking forward to wearing it.”

Arsenal legend, Ian Wright MBE, who is also from Jamaican heritage, said: “It’s fantastic to see adidas and Arsenal celebrating its rich and diverse fanbase. Arsenal is for everyone, and creating initiatives, support, and products that resonate with the wide ranging fanbase is fantastic to see. The fans are going to love it!”

You’ll see the jersey on pitch for the first time when the men’s team host Fulham in the Premier League on Saturday August 27. You can cop the jersey today from adidas and in-store with adidas as well as with selected retailers.

Get a closer look at adidas and Arsenal’s 22/23 pre-match jersey in the lookbook below. 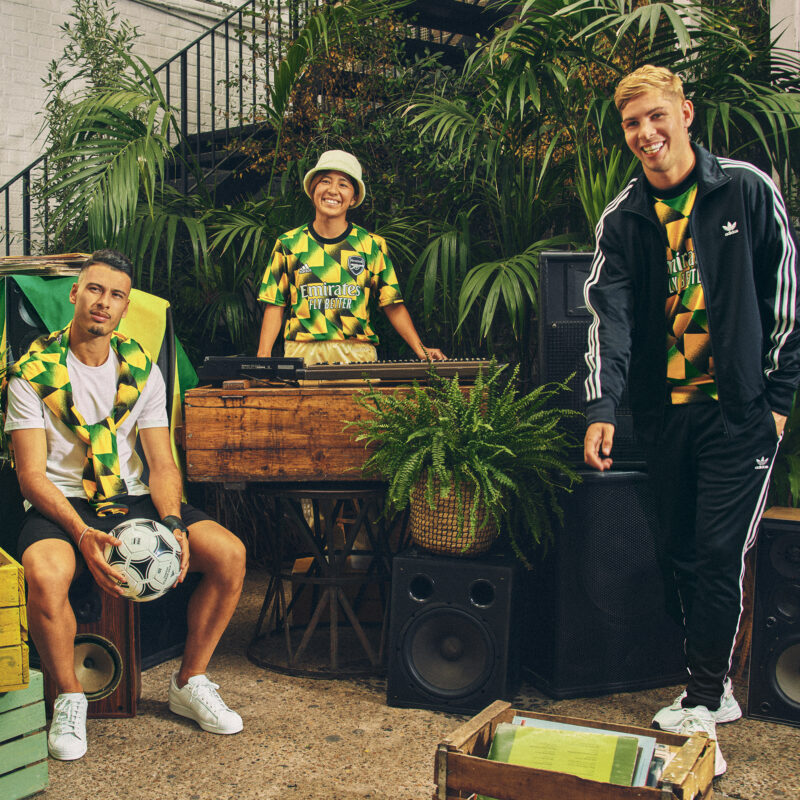 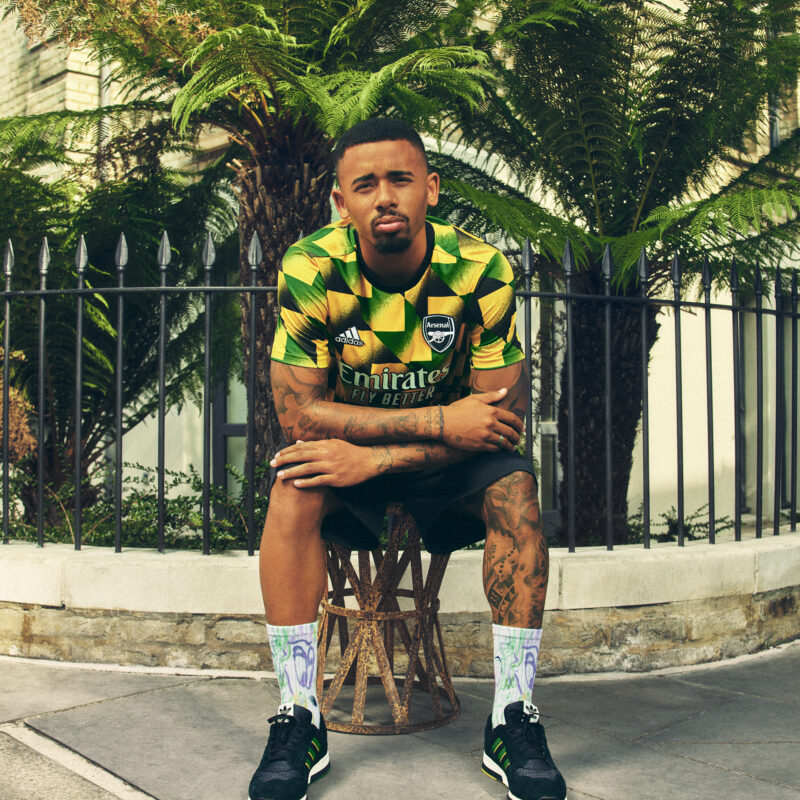 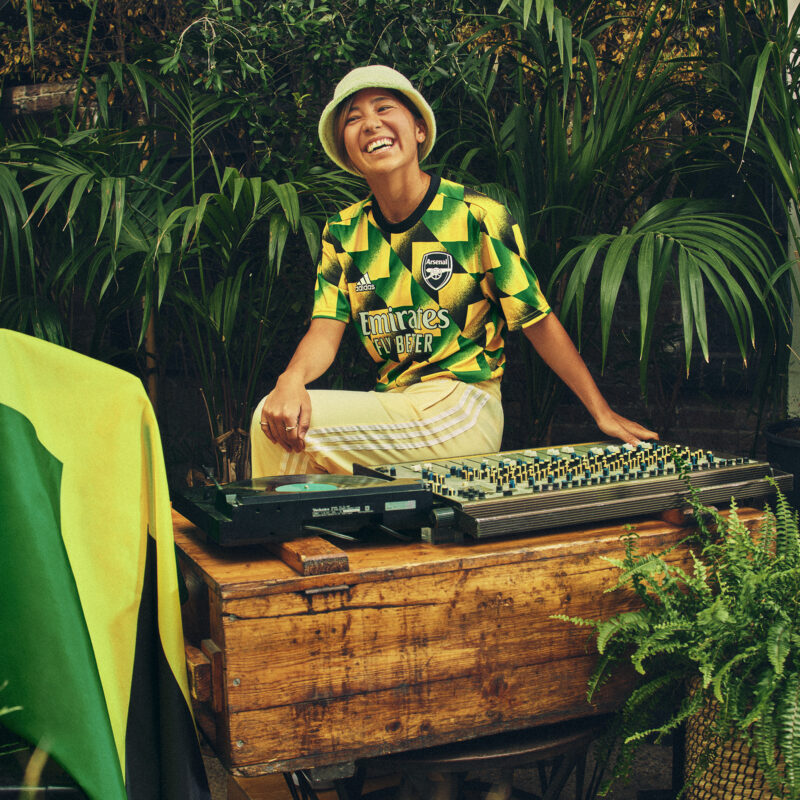 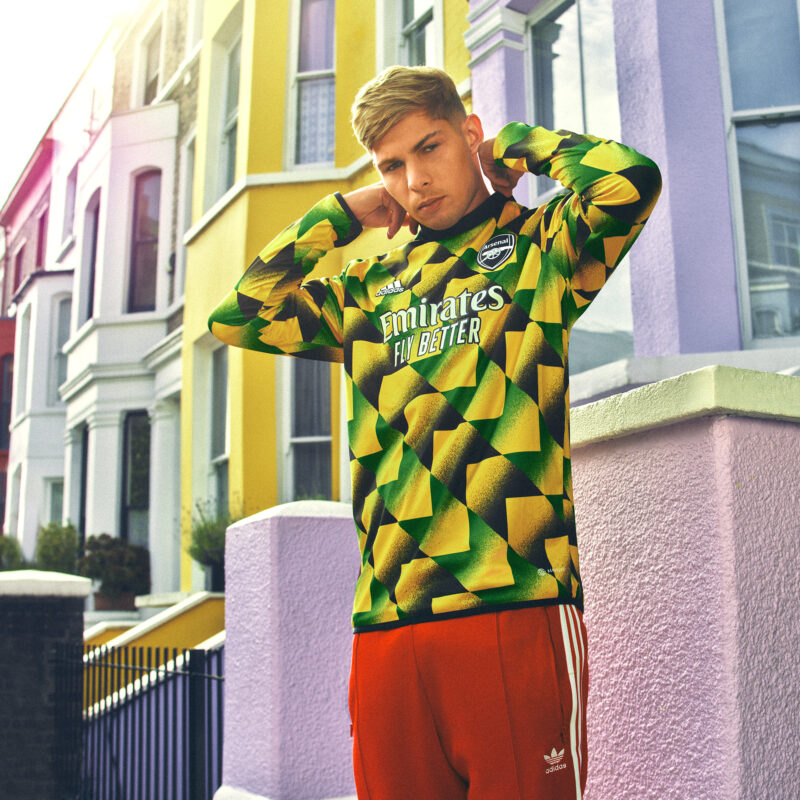 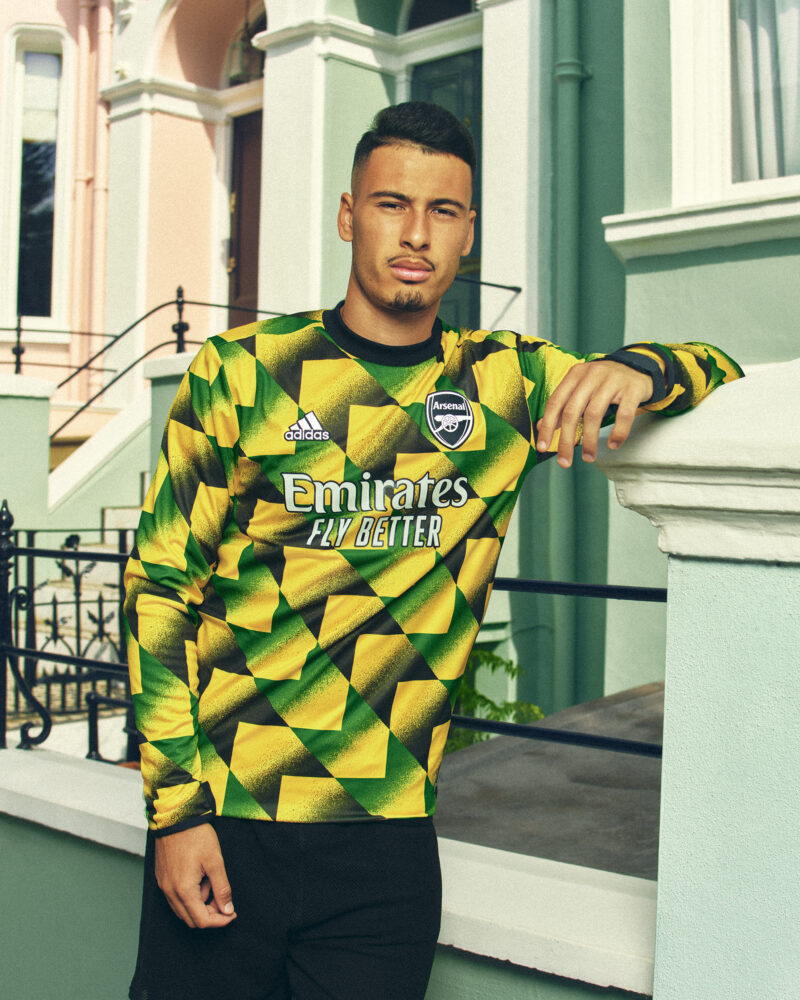 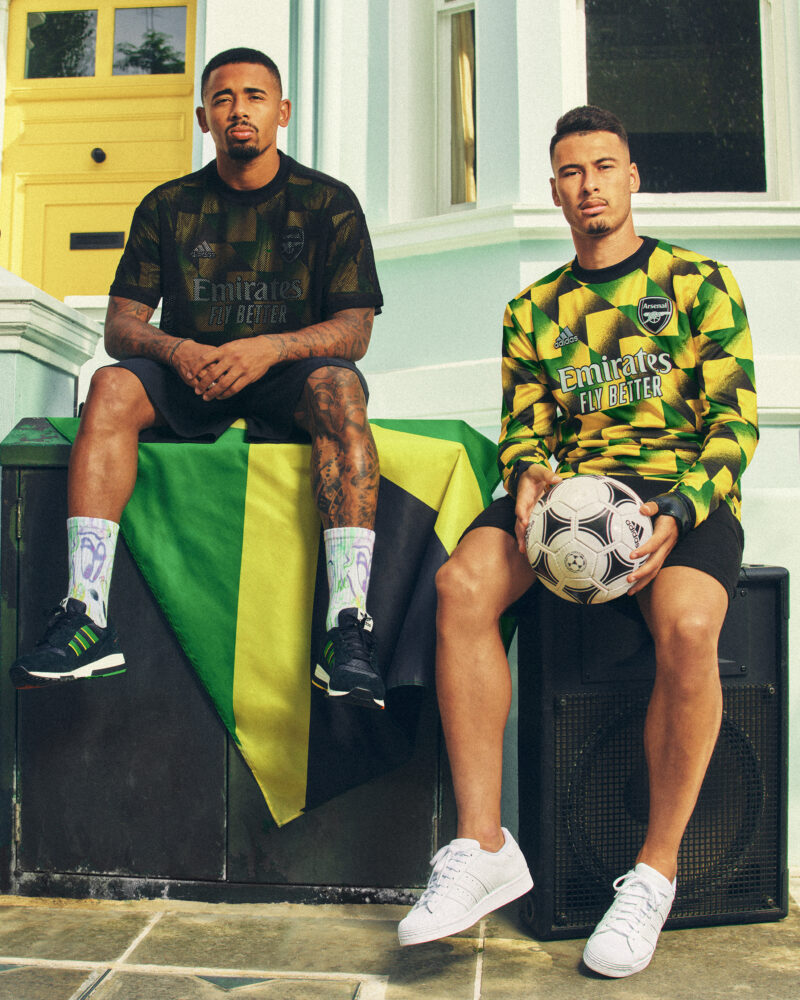 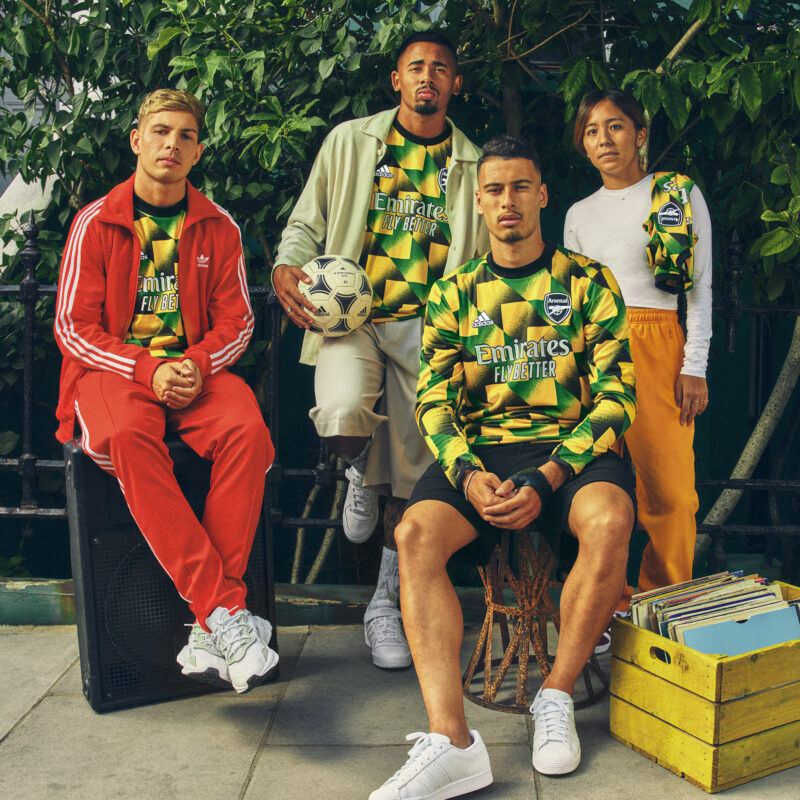 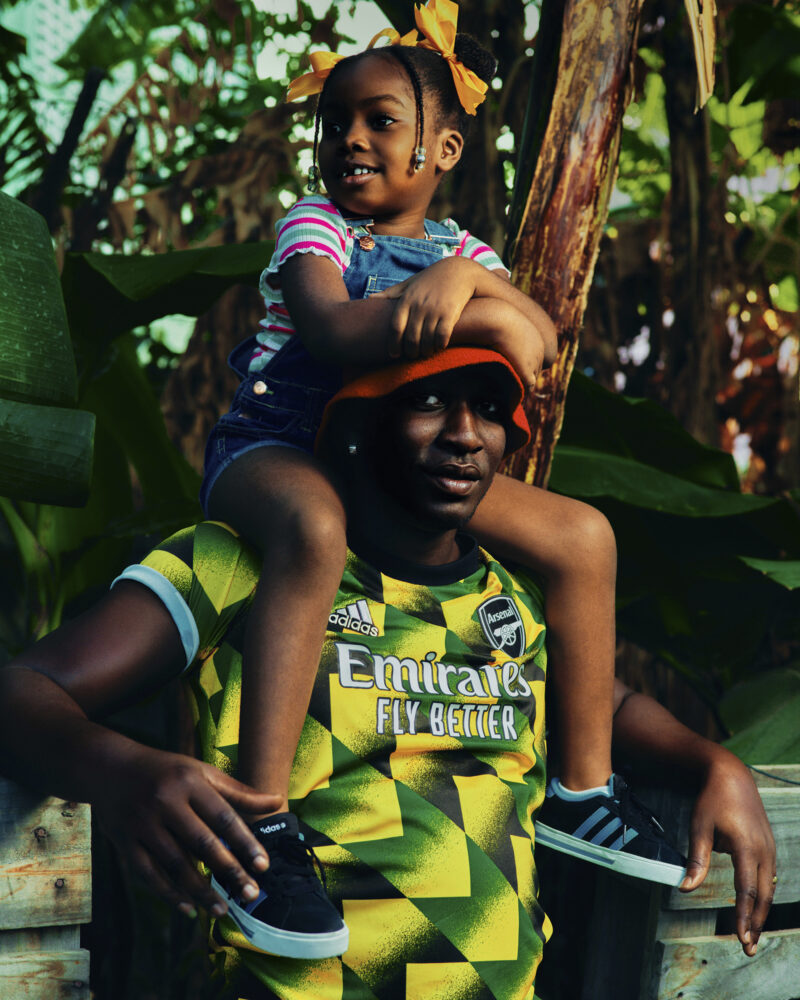 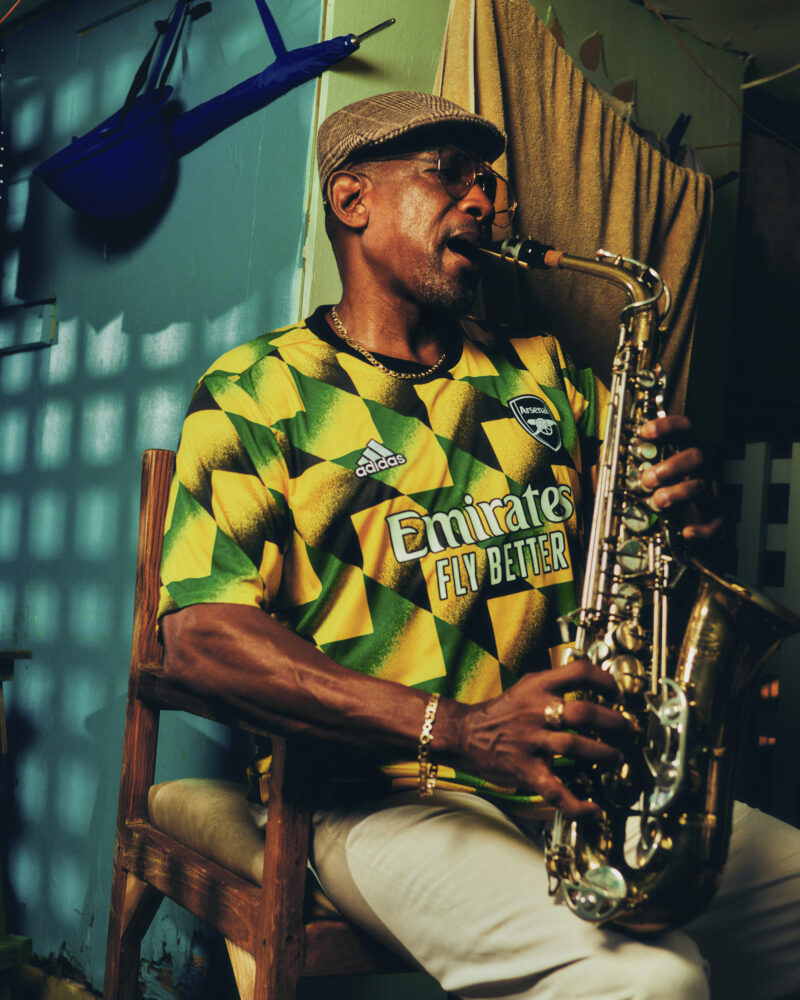 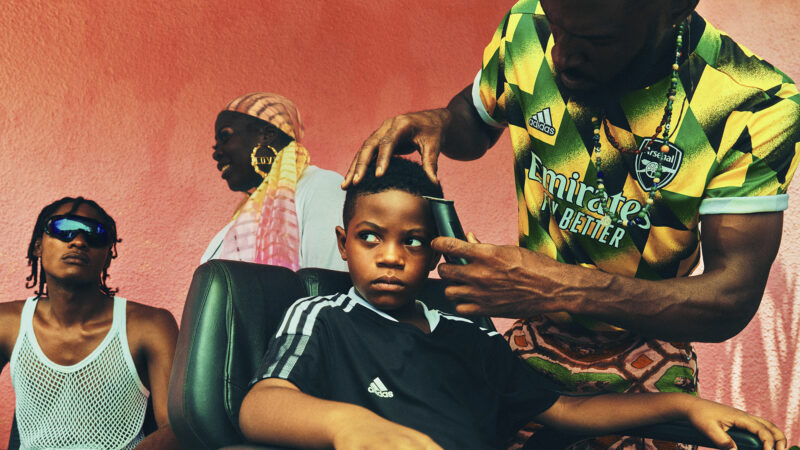 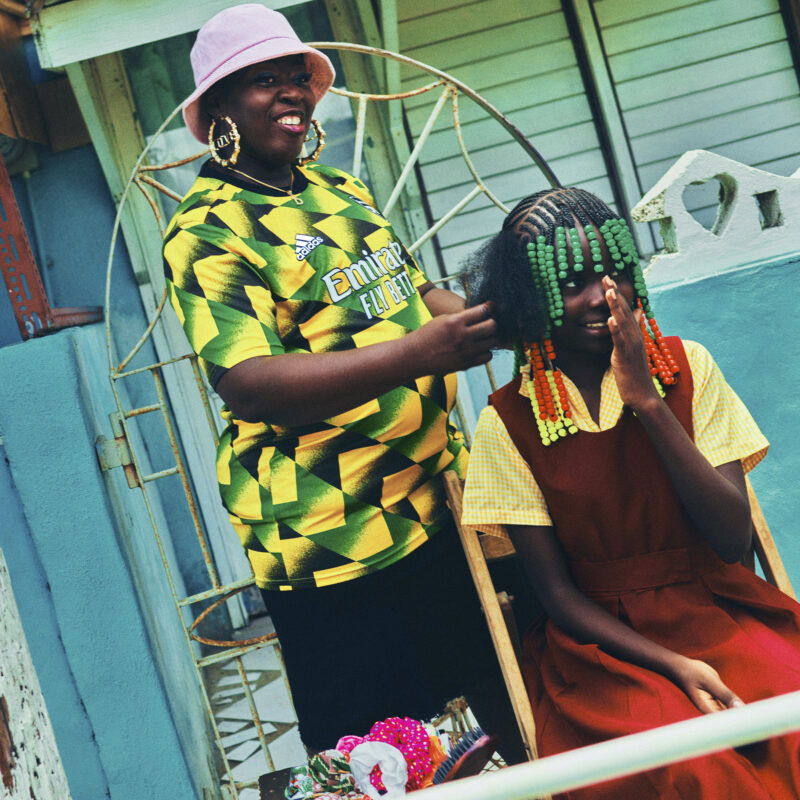 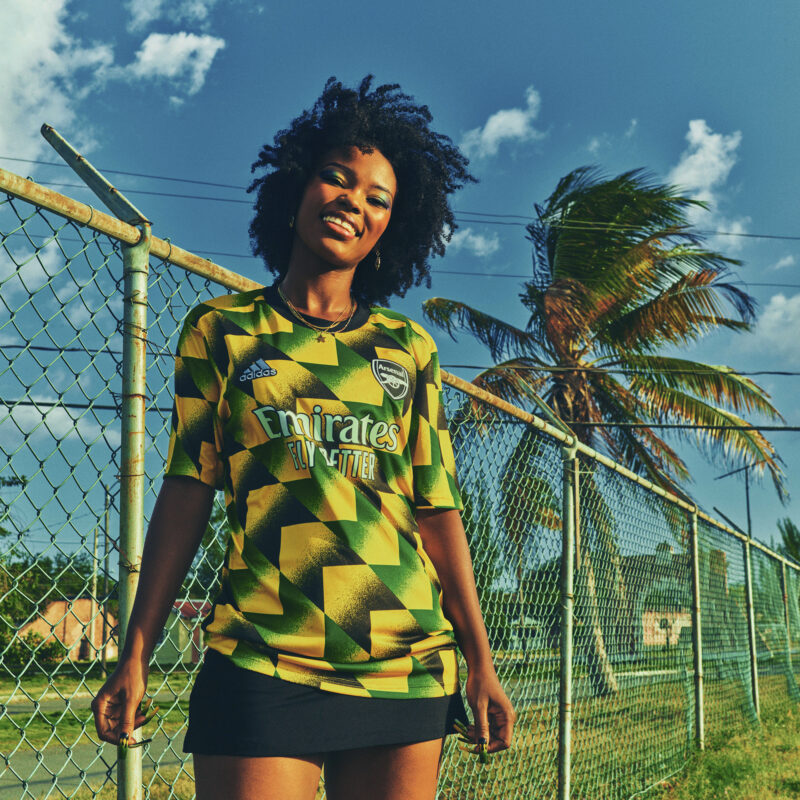 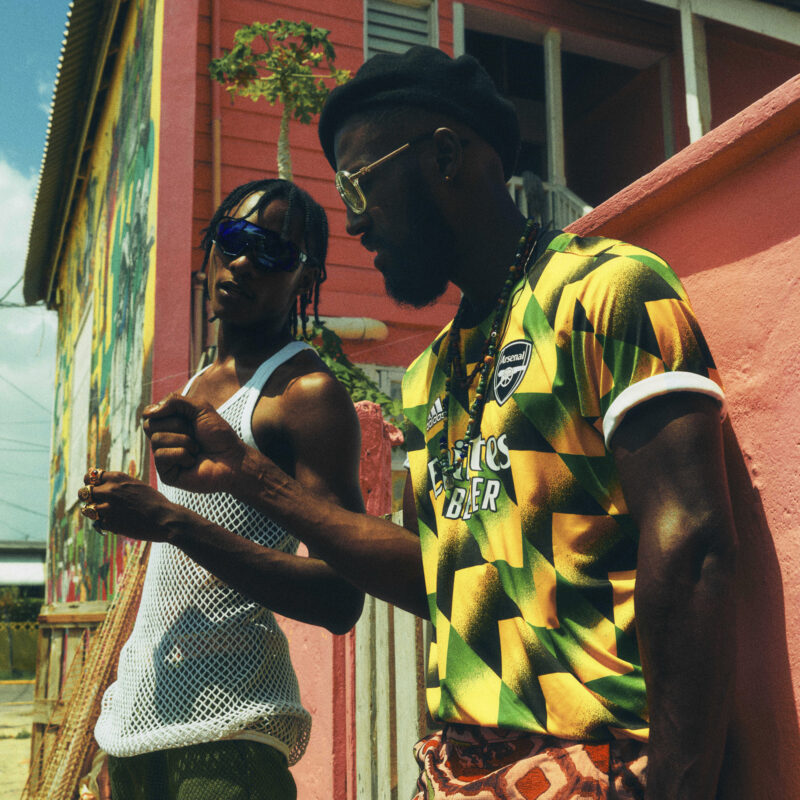 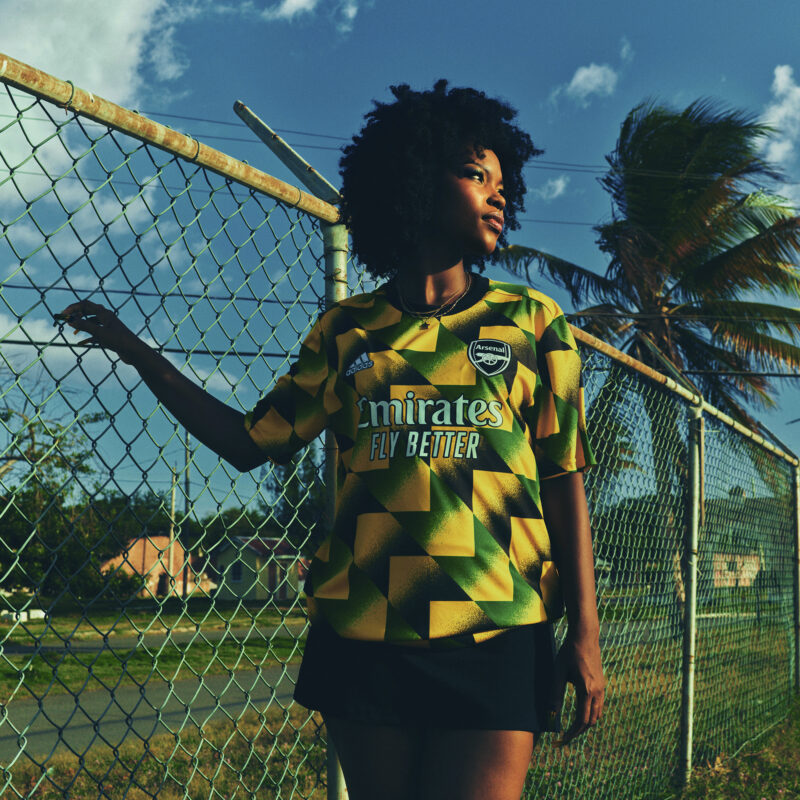 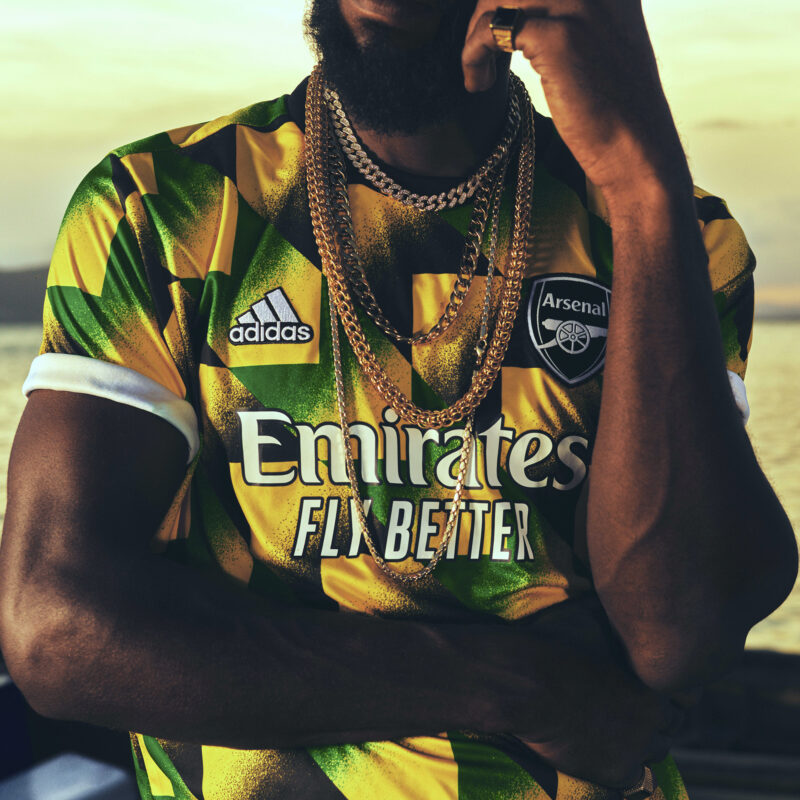 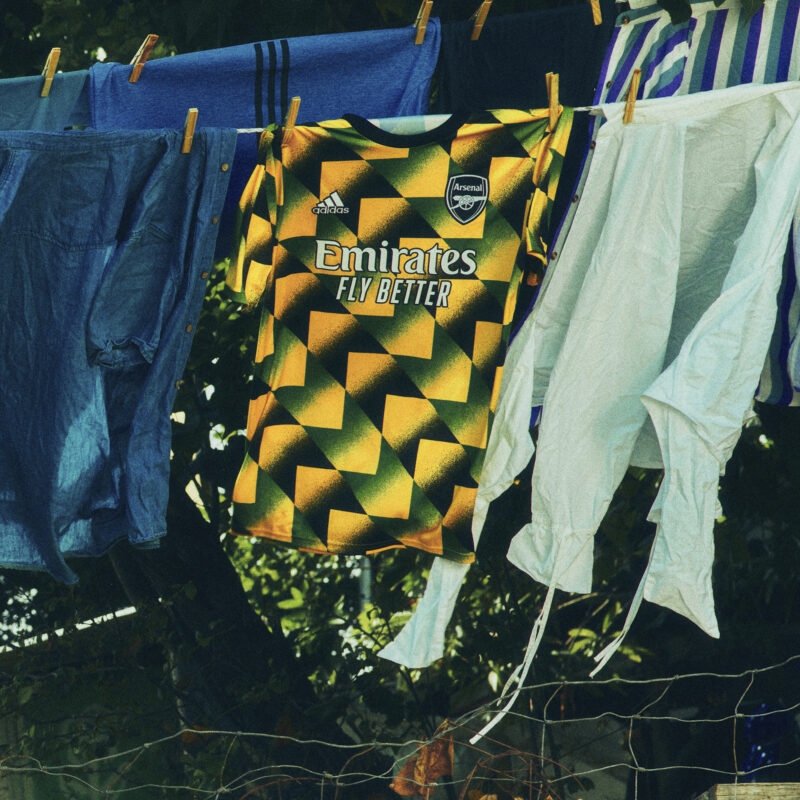 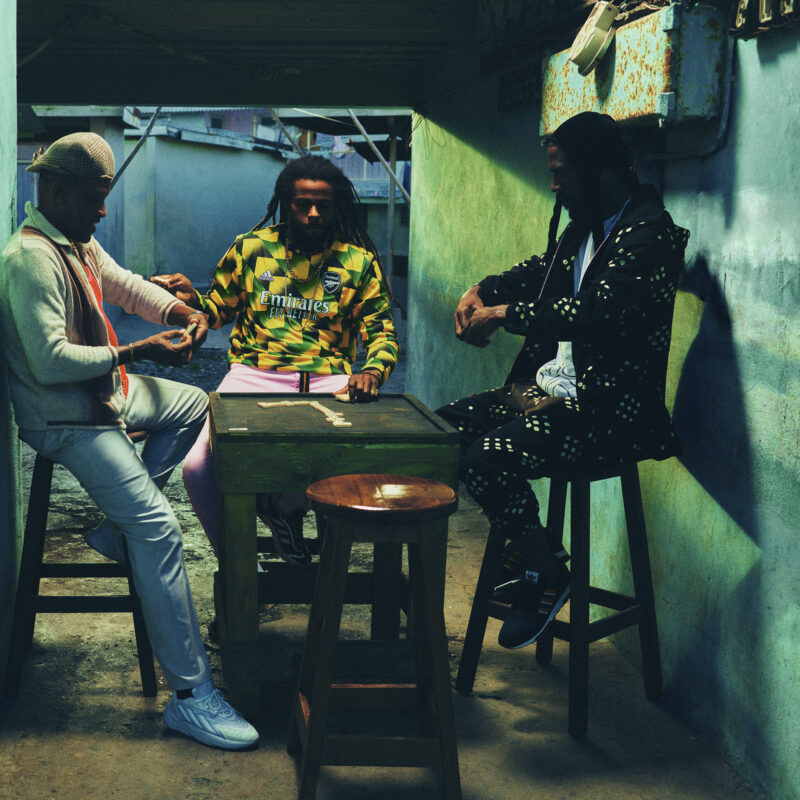