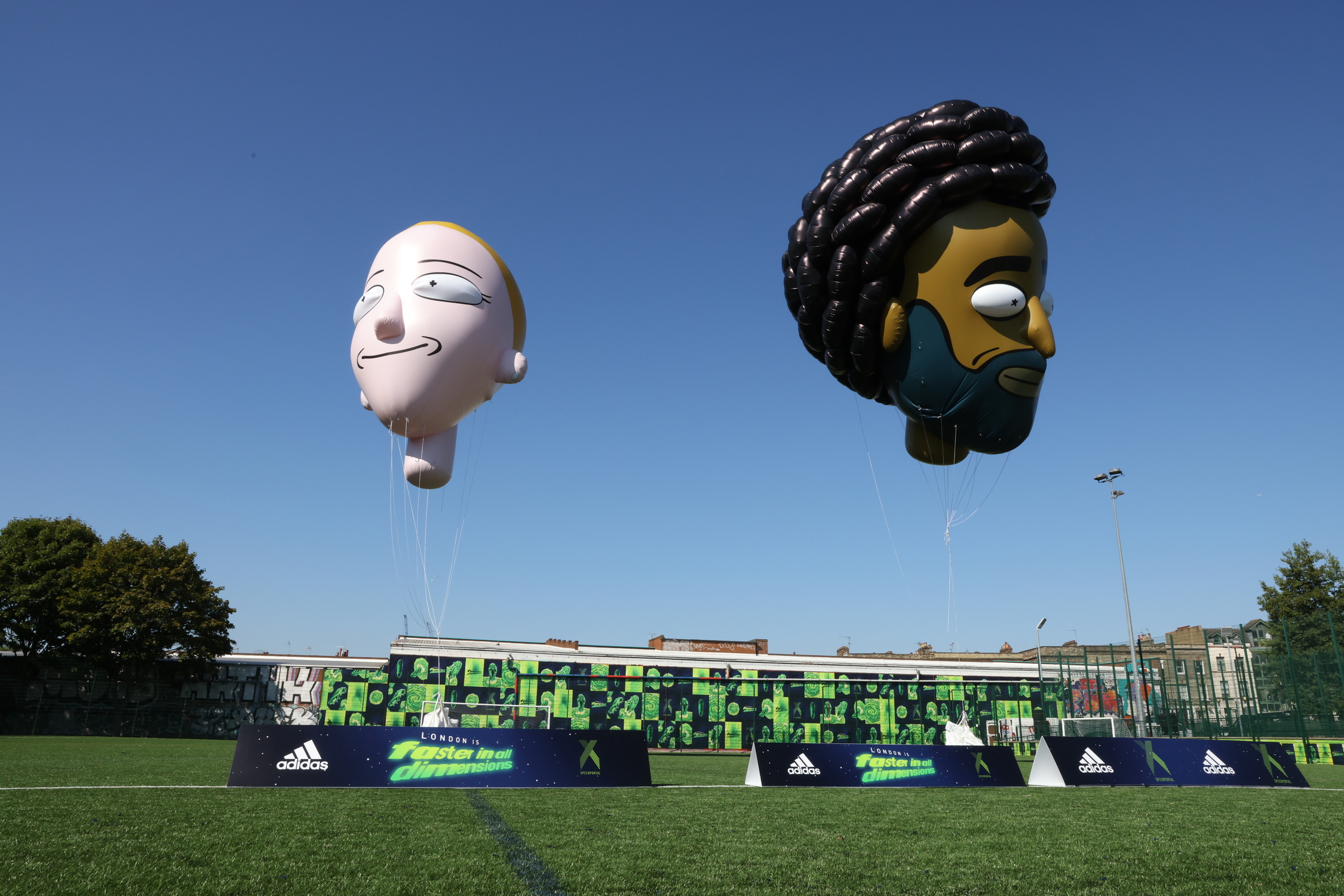 To celebrate the launch of the adidas X-SPEEDPORTAL boots, adidas floated six metre high cartoon Mo Salah and Vivianne Miedema heads across the capital, and asked London ballers to “show them what they’ve got” for a chance to win a pair of X-SPEEDPORTALs

The heads – created using the animations of both players from their appearance in the recent adidas x Rick and Morty advert – were positioned at Market Road pitches in Camden, where a selection of grassroots ballers and influencers competed in live speed and skill challenges, and 7-aside matches.

In a nod to the hit Rick and Morty episode “Get Schwifty”, where a giant floating head appears in the sky demanding to see earth talents, adidas’ floating heads – which were larger than a double decker bus – did the same, but instead of evaluating the world’s fate, decided whether ballers should be rewarded with boots in recognition of their on-pitch talents.

Players who did manage to showcase multidimensional speed heard, “I like what you got!” from the heads, and were rewarded with boots.

Every detail of X-SPEEDPORTAL has been designed for the fastest players whilst remaining supremely comfortable, helping them unlock speed in all dimensions. The boot features a stability wing and support cage which keeps players feet locked in so they can play with absolute freedom when moving fast and changing direction.

The inflatables were visible throughout the day and may likely appear in future locations….

Take a look at the heads below. 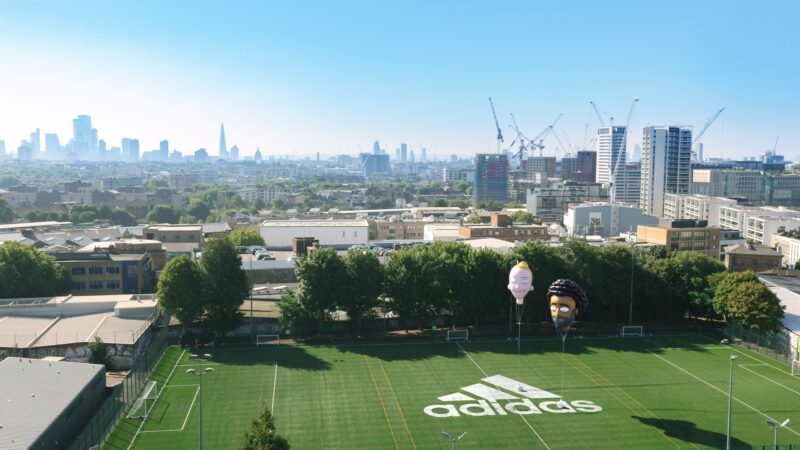 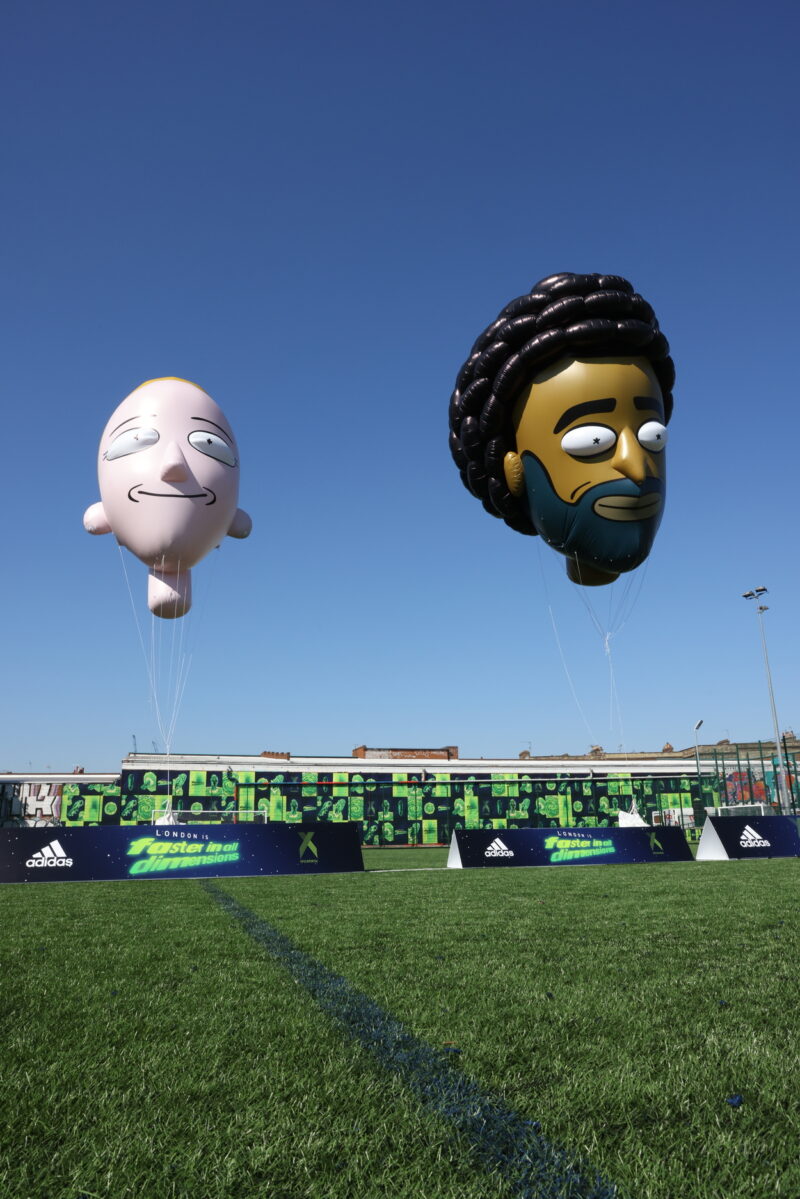 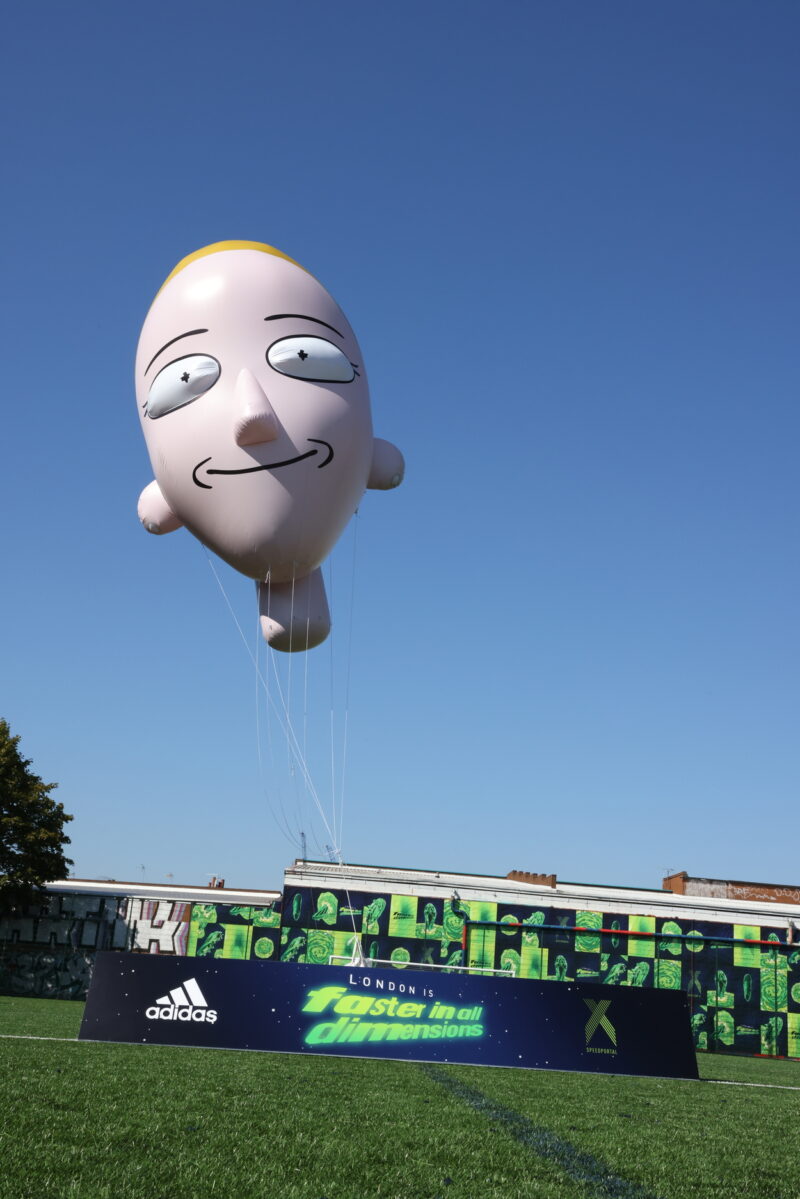 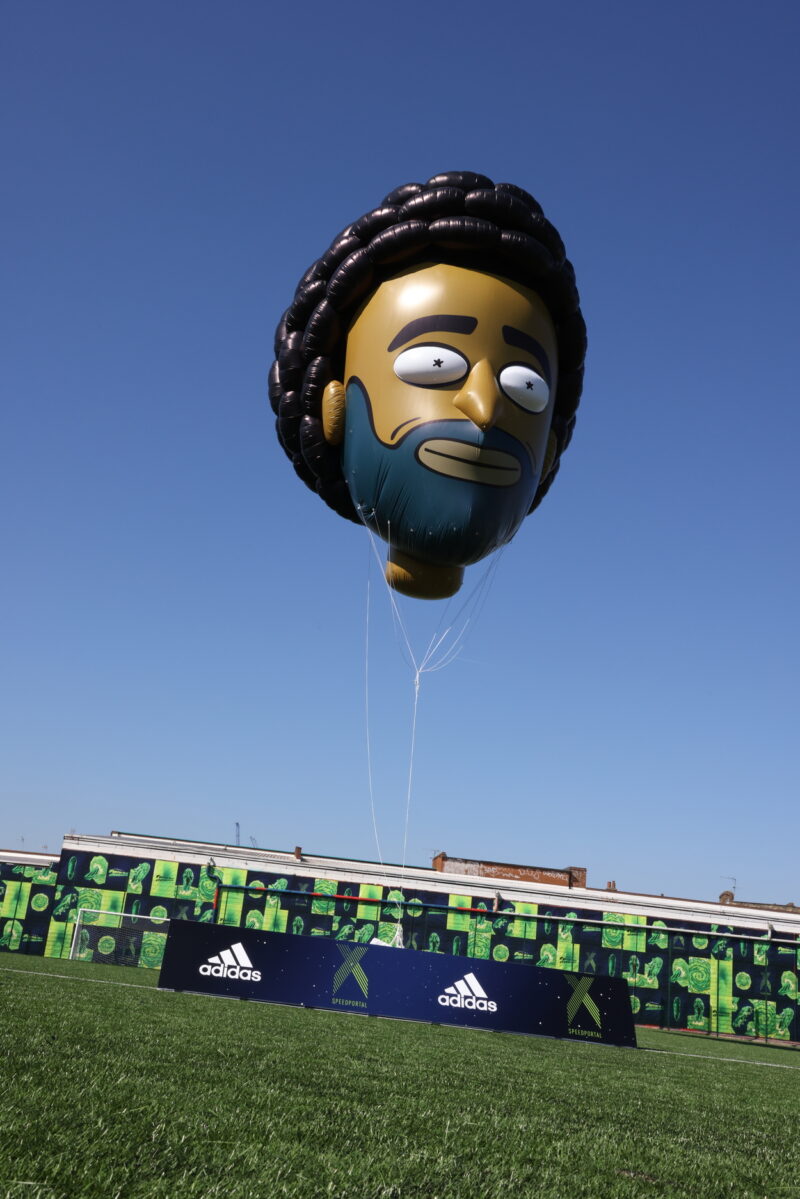