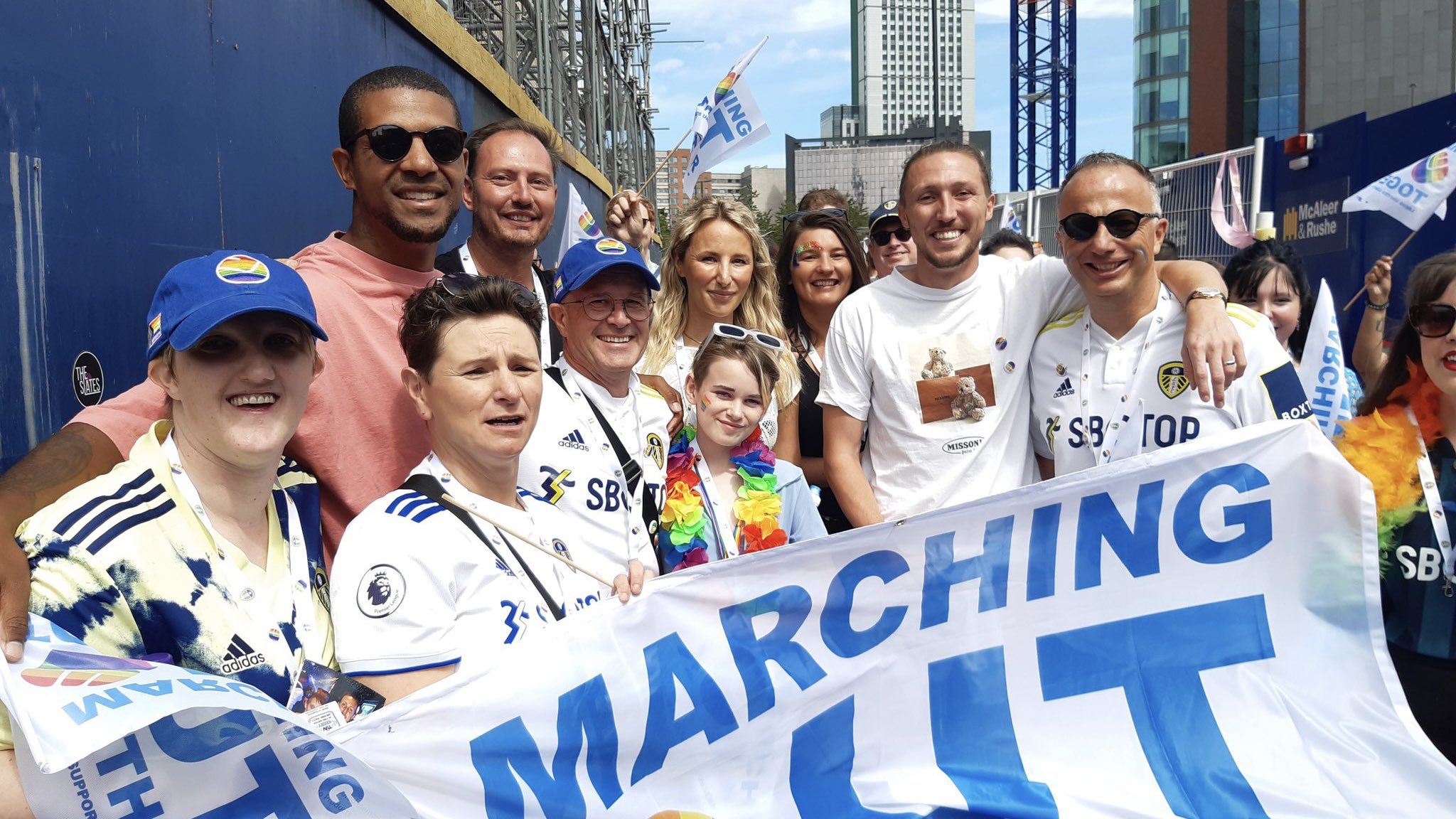 With all three in attendance, co-founder of Marching Out Together, Andrew Tilly told the Yorkshire Post how important it was to promote allyship through visibility: “I still have to deal with abuse sometimes at away games…And I feel empowered to challenge them because I can say: what’s your problem, because Jermaine doesn’t have a problem, ‘Bill’ (Ayling) doesn’t have a problem.

“There will be 70,000 people on the streets who will see Jermaine, ‘Bill’ and Noel with us and they will get the same message.”

As clubs and governing bodies continue to make attempts to make footballing environments more inclusive, players can still have a huge level of impact when it comes to combatting homophobia prevalent in the game.

In the last year we’ve seen Adelaide United’s Josh Cavallo and Blackpool FC’s Jake Daniels ‘come out’ as gay, the first active male players to do so since Justin Fashanu in the 1990s. And although both have separately expressed receiving great levels of support from their respective clubs and fanbases, there is still sadly a chance they will experience some form of hate because of their sexuality – Cavallo back in January said he had “no words” for the abuse he was subjected to after a match.

However, the more we see active players in the men’s game especially, celebrating the queer community – whether it be sending messages of support to players like Cavallo and Daniels or attending local Pride events – the less likely anti-LGTBQ+ rhetoric will be tolerated.

There is power is seeing someone you respect talk about ideas and initiatives you’ve yet to consider. We need more players like Ayling to fly the flag for allyship in football.