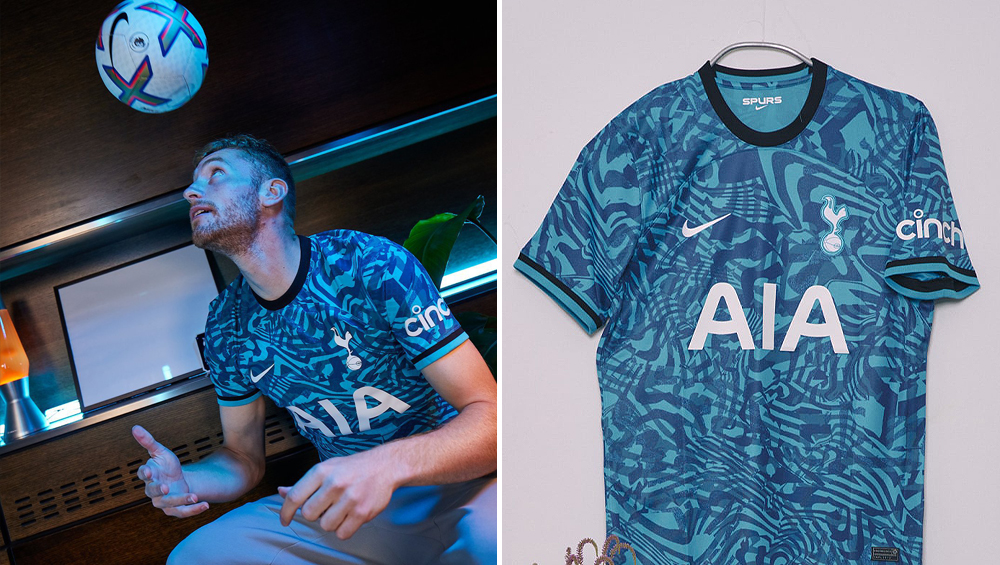 Nike and Spurs have released their third and final kit for 22/23 and it’s up there with some of the best reveals of the season so far.

The new turquoise design is bordered by both a black collar and sleeve-cuffs, which only helps to accentuate the shirt’s new wavy graphic design that makes up its base.

The shirt’s final touches come in the form of white accents courtesy of branding, sponsorship and the club’s crest – the inside of the shirt’s collar also sees ‘Spurs’ printed in white lettering.

With the inclusion of their third drop, Nike and Spurs have well and truly catered to all tastes. From their Home kit which takes a more traditional ‘Lilywhite’ approach to design with added pops of ‘volt’ yellow, to their Away kit which uses a centralised badge and brings the iconic Spurs navy away colourway to life.

All three kits arrive in the new Nike authentic 22/23 Vaporknit template – which features a new kit pattern – and will be the template of choice the brand will use for the upcoming World Cup.

Purchase the shirts now via Nike and Spurs online stores, as well as from selected retailers. 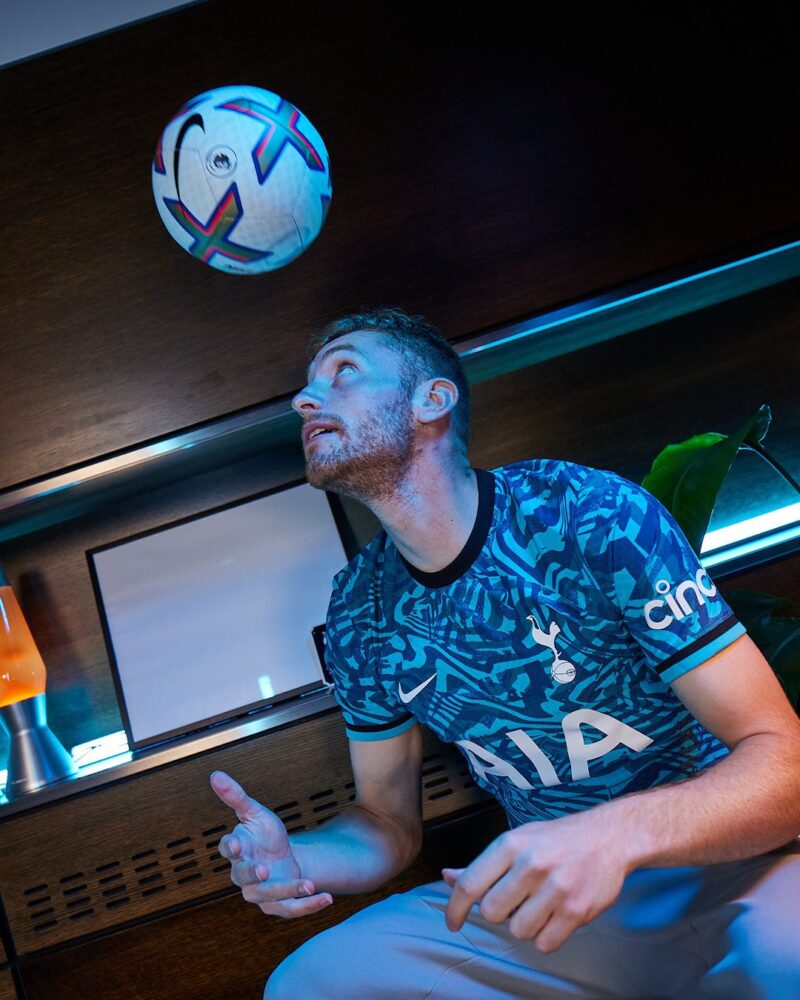 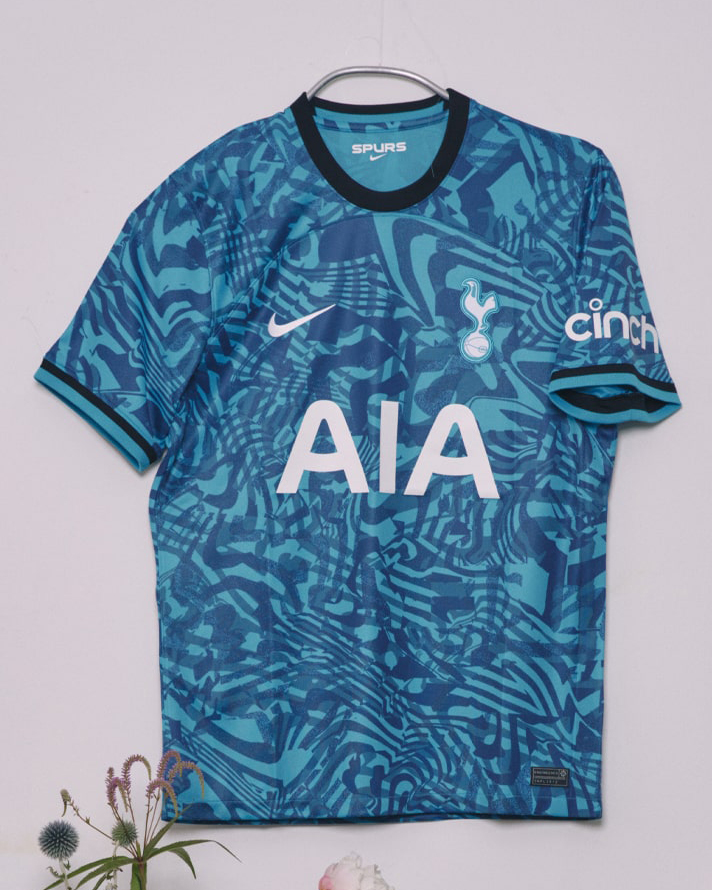 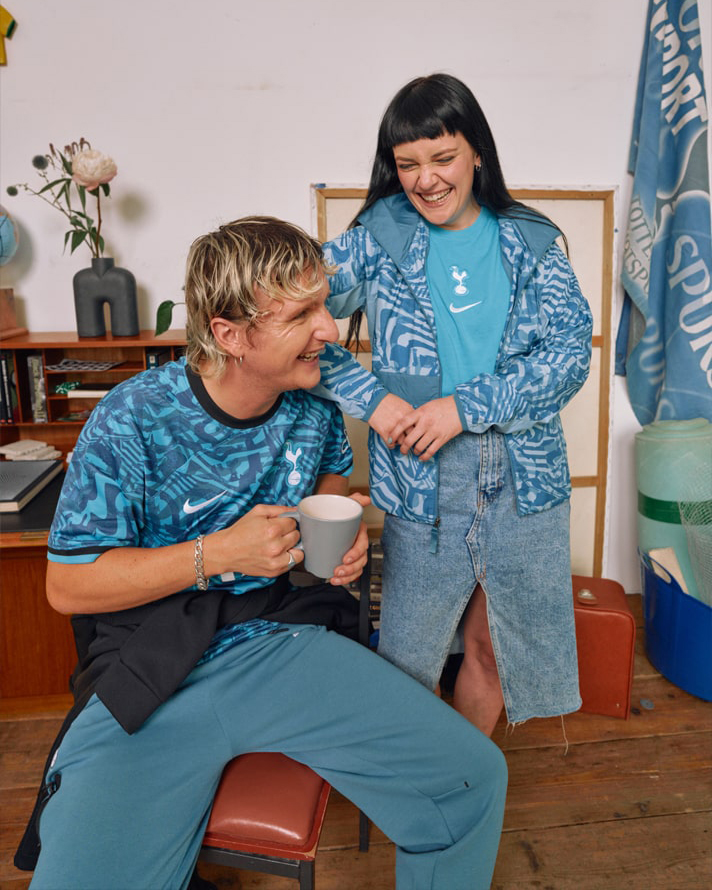