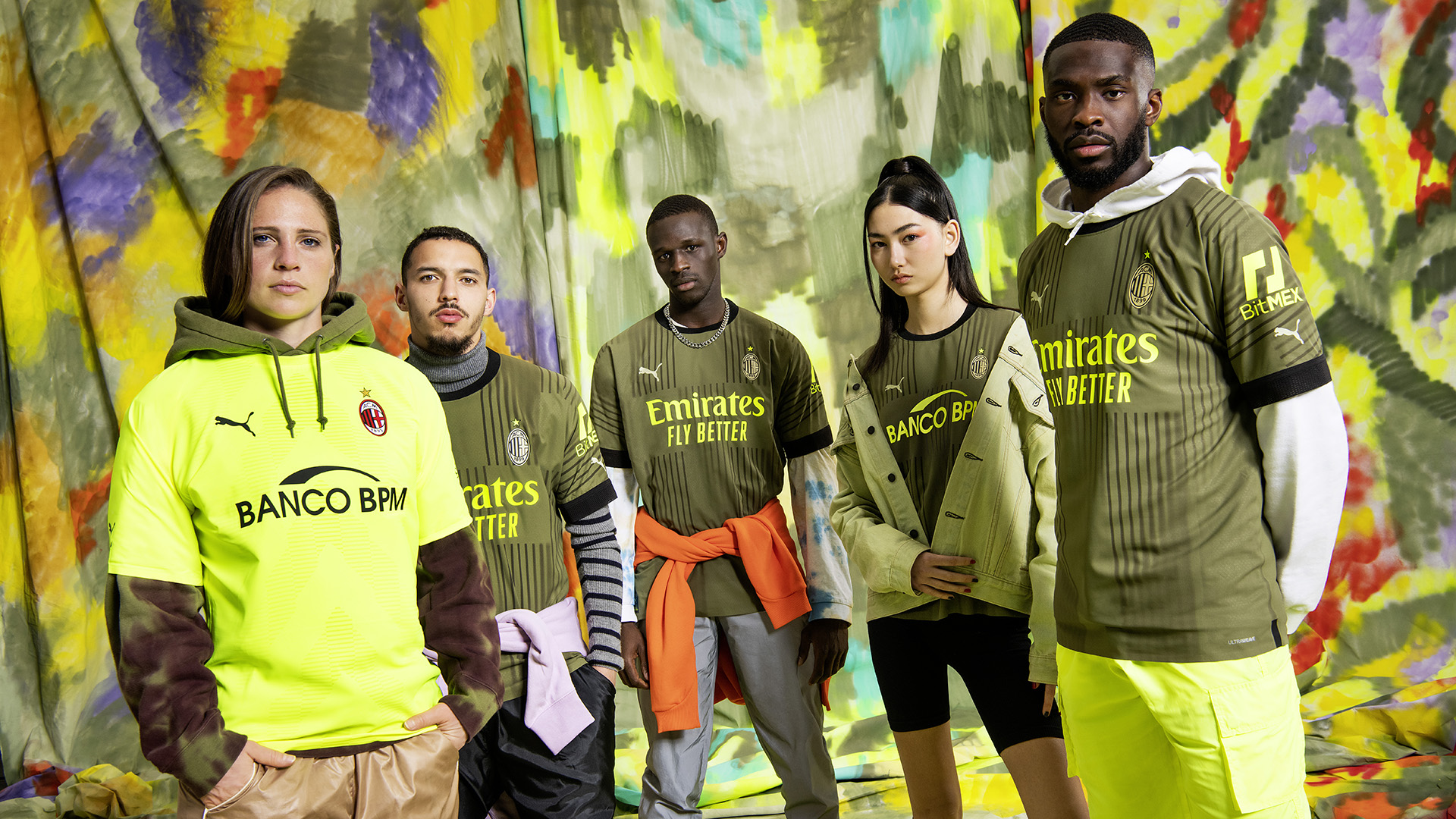 PUMA and AC Milan have just unveiled the Rossoneri’s Third Kit for the 2022/23 season, an olive-green jersey that is designed with inherent Milanese style.

The new olive-green jersey features a tonal graphic of the flag of Milan and features a unique monochromatic version of AC Milan’s iconic club crest. The jersey features subtle yellow hits and finishes to complete one of the cleanest sets of shirts we’ve seen this season.

The kit is rounded out with a black trim on the collar and cuffs and neon yellow sponsor accents. The jersey is made with 100% recycled material excluding trims and decorations, the shirt is constructed from ULTRAWEAVE technology, PUMA’s lightest, highest-performance material ever developed. With a base that weighs a mere 72 grams through a reduced number of seams, the jersey is designed specifically to optimise performance by allowing players unparalleled freedom of movement.

Both AC Milan and PUMA used the style, fashion and culture of Milan to develop on and off-pitch products that resonate with Milan’s trademark style. The attention to detail is seen in the official photoshoot of the campaign, which features local Milanese talent, creatives and players from the AC Milan men’s and women’s teams as part of a luxe cookbook.

AC Milan’s new Third Kit will make its debut on Saturday August 27, when the men’s team take on Bologna at the San Siro Stadium in Serie A. Get a closer look at the kit below. 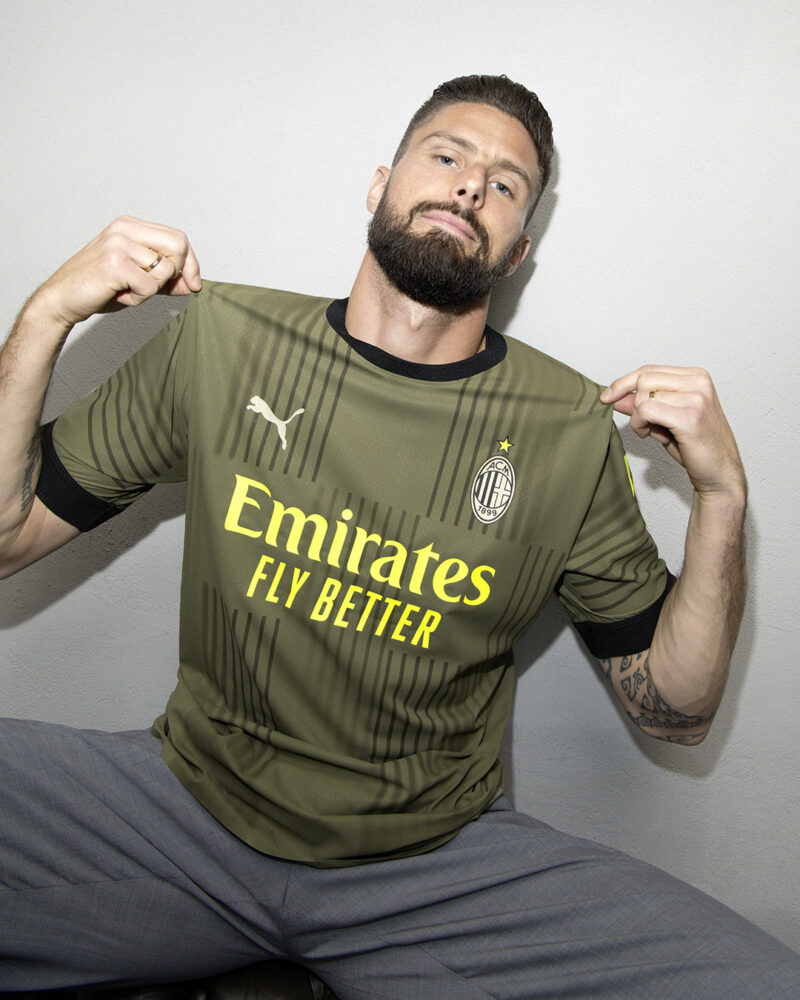 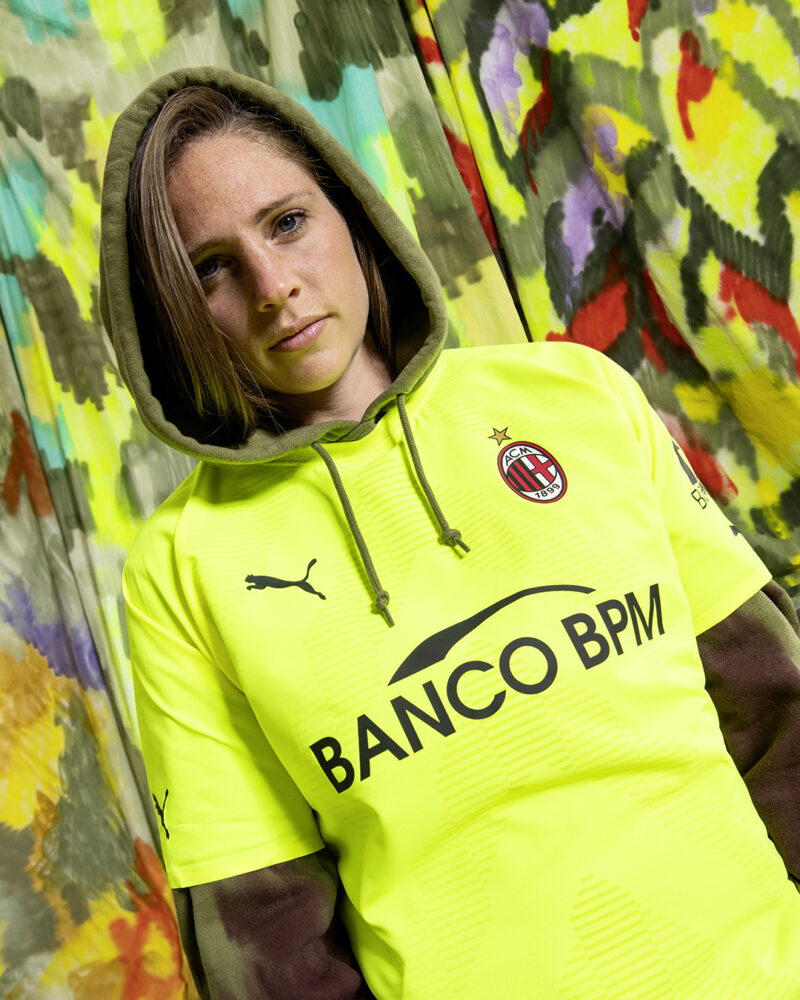 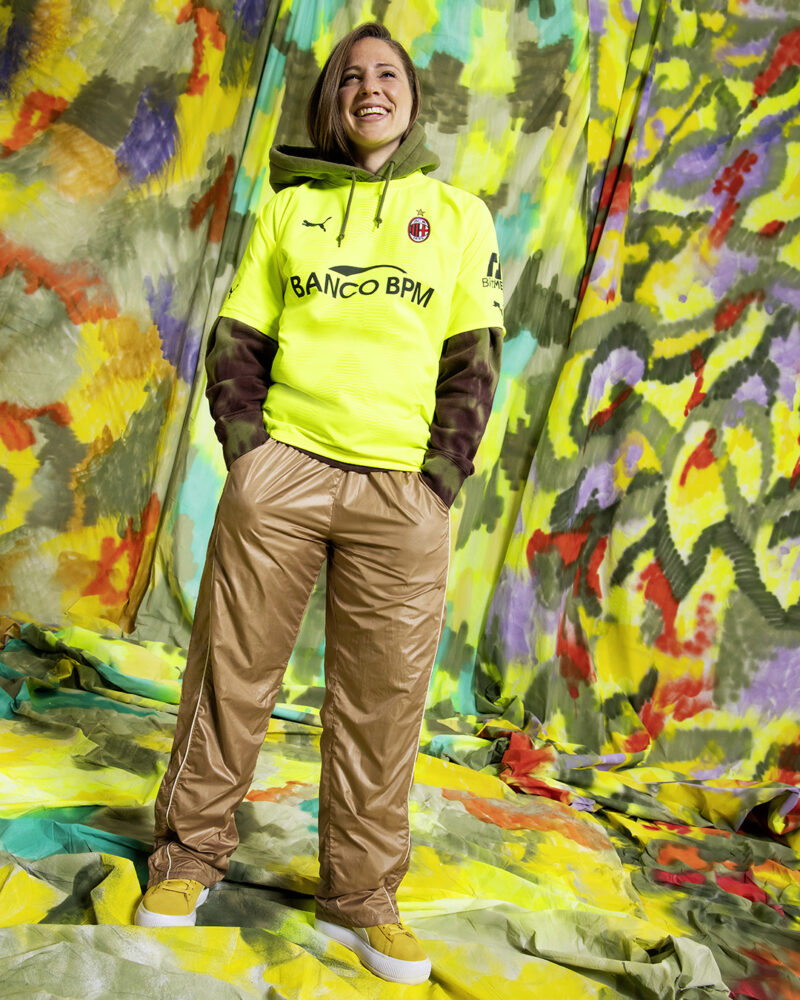 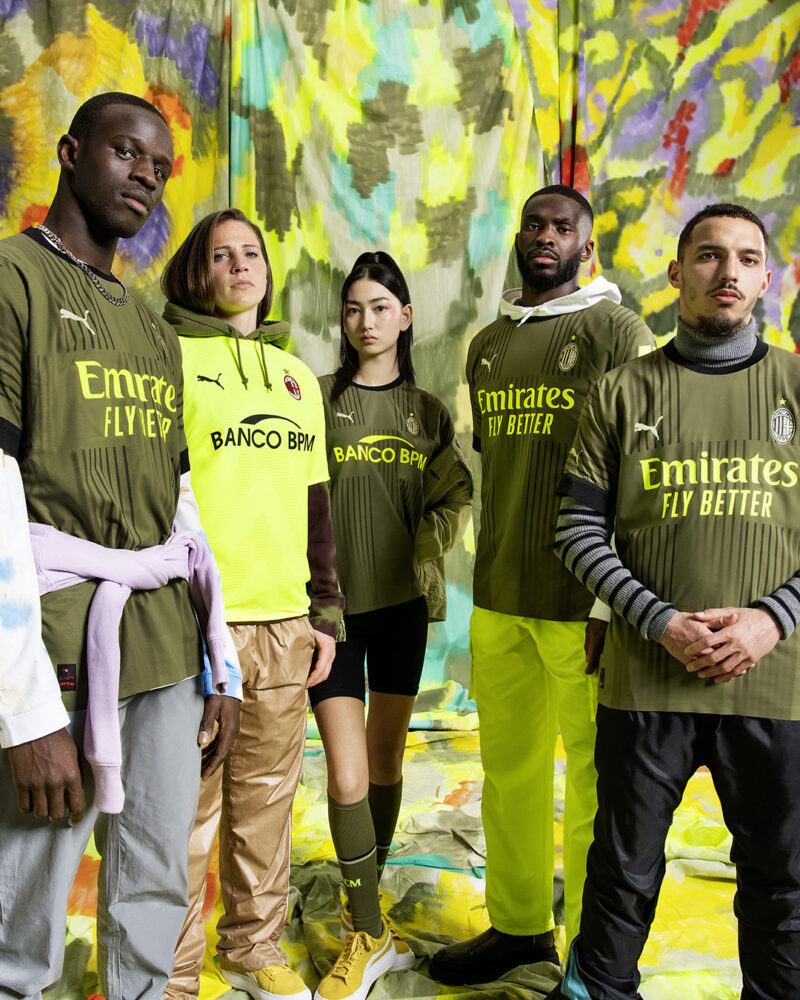 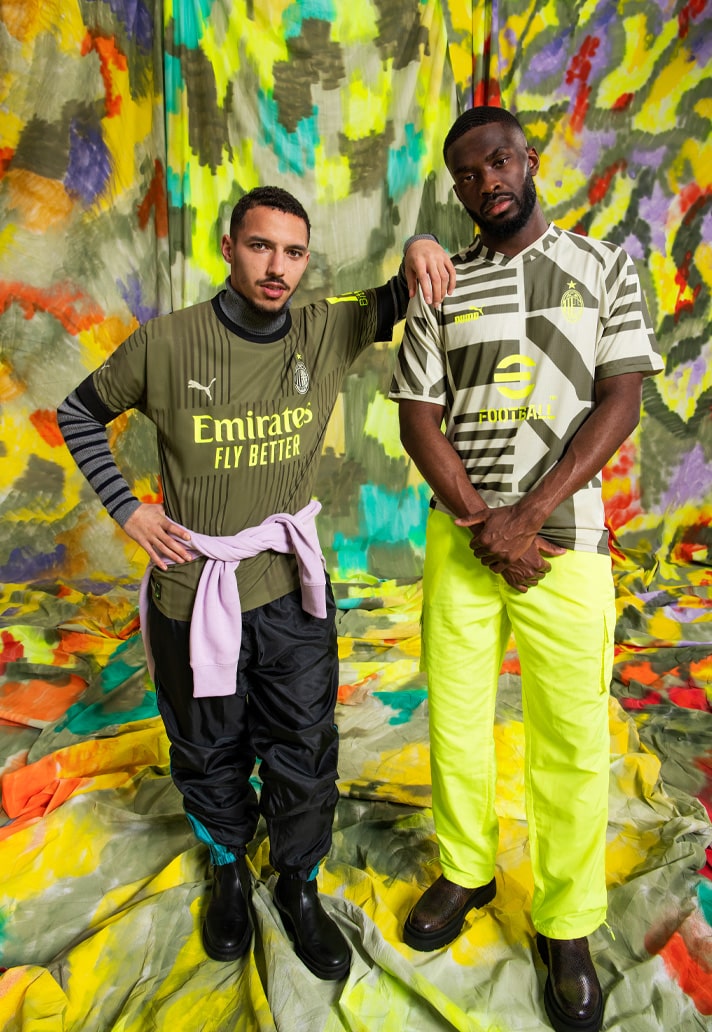 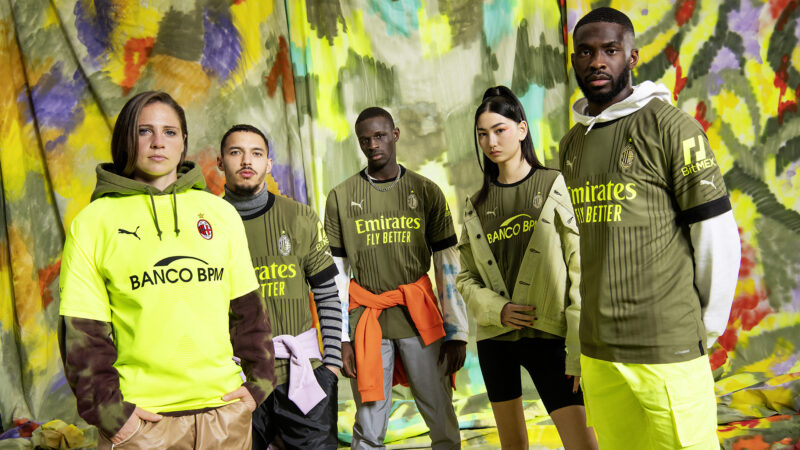