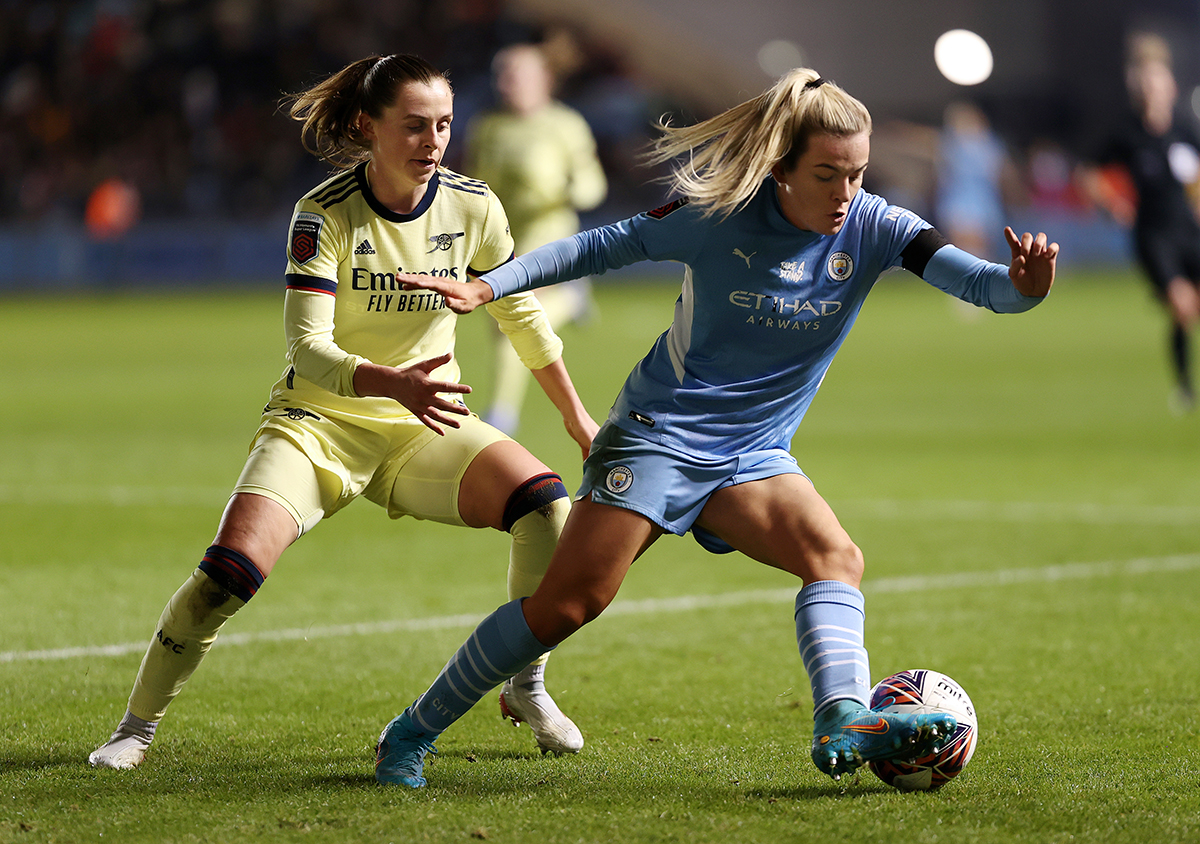 Women’s Super League season ticket sales are at an all-time high thanks to England’s success at this summer’s UEFA Women’s European Championship.

After 56 years, the Lionesses brought football home after their 2-1 Wembley win against Germany last weekend. Their historic campaign inspired the nation to fall in love with women’s football, and the likes of Leah Williamson and Ian Wright encouraged fans to support their local women’s teams in light of the tournament’s success.

With just four weeks to go until the return of WSL football, Williamson and Wrighty’s call to arms has seen fans purchase a record breaking number of season tickets – something former league champions Manchester City have experienced since the Euros kicked off last month.

The Cityzens announced there’s been a surge in sales for their opening league fixture against Arsenal next month, with the club having already sold their highest number of season tickets to date.

Leicester City season ticket sales have nearly surpassed the number sold over the whole of last season, while Brighton & Hove Albion said they’ve experienced a 249% increase in sales compared to the same stage last season. West London club Chelsea have already sold out of season tickets and rivals Arsenal sold over 7,000 tickets in less than 24 hours for their upcoming North London Derby fixture.

All over the country, people seem to have women’s football fever and with a lot of talk this past week about ‘legacy’ in light of the Lionesses’ Euros success, these record breaking ticket sales are a strong indication that England have ignited a newfound demand for the women’s game at the domestic level.

This interest proves the summer’s tournament was more than a moment, it was the start of a cultural shift in the footballing landscape, one whereby people’s perceptions of the women’s game and those involved in it have been challenged and changed for the better.